The risk of digital currency market is extremely high. The risk of entering the market is dangerous. This article does not constitute investment advice. This article is purely for foreign blockchain information sharing. Mainland China residents cannot participate in ICO, IEO projects.

Lead: In the half-year of the 2019 to the present, the platform currency is the biggest winner. Among them, the currency IEO for the promotion of the entire bull market can be said to have contributed, BNB also rose to a maximum of 40, less than 5 dollars, and now still 28 dollars, 6-8 times the increase, arrogant all mainstream coins. As a result, all major platforms have followed suit. Many platform coins have made the platform and the players who participate in IEO earn a lot of money with the IEO model. However, there is one type of person who is the victim of this model, that is – IEO's pick-ups.

For example, look at the second phase of the FET: 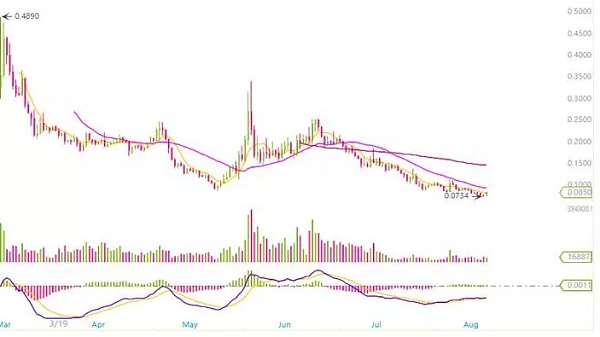 Look at the top and new of the first phase of the fire coin: 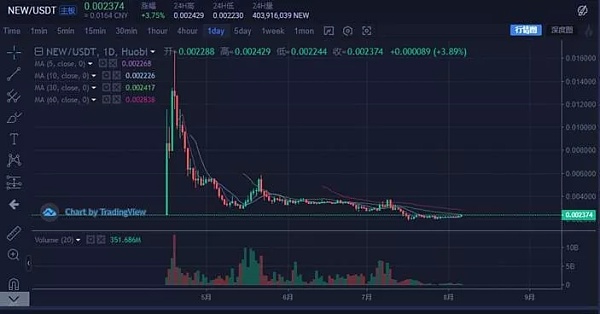 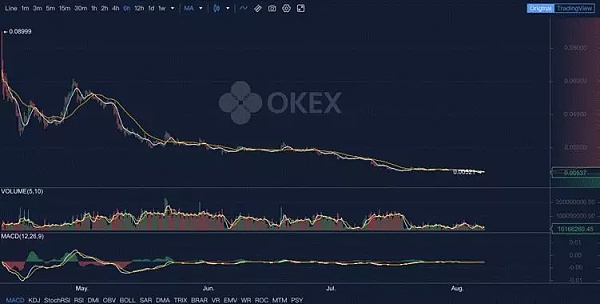 Players who pick up at the top of the mountain, want to cry without tears, there are many old irons that are optimistic about the fundamentals of the project, and they also express a lot of wind on the mountainside.

And now the currency circle, the players collectively enter a kind, IEO no brain participation, participate in the game of playing online, that is, no need to study the project, not to mention the white paper, even the project itself does not want to know, just want to participate IEO-opening sell-for more platform coins – continue to participate. This can't help but wonder if this kind of online sales is going to sell, and how long will the IEO model that is stuck in the market last?

However, the author found that an IEO with an exchange can be picked up after going online, which allows the second-level users to earn money. Who is this exchange? That is the Rocket Go of the pizza dog! Do not believe, let's take a look at the K-line chart of the first phase of the pizza dog Zoro: 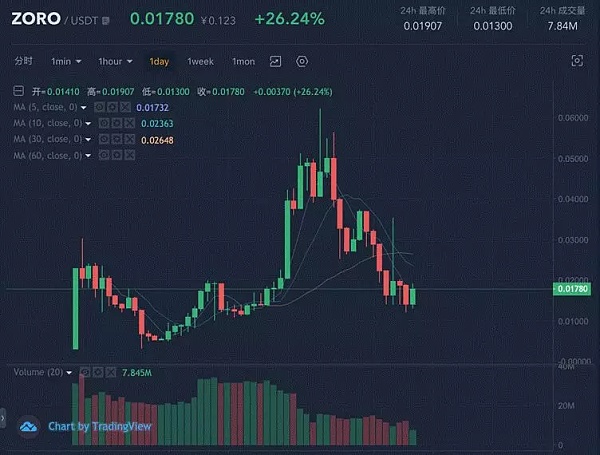 Then the question is coming. Is it the pizza dog and the project side support? Or is there anything different about the RocketGo project?

The protagonist we are going to talk about today is the FairyLand from the third issue of Rocket Go.

FairyLand.Laya is a product that cooperates with LayaBox. What is LayaBox doing? They are mainly responsible for the development of LayaAir, a game engine, and the kind of dominance in the mobile Internet era. How powerful? Say three data to see:

1. Nearly 70% of listed game companies in China choose to use Laya as an engine.

2. The WeChat games you've played and seen, 50% are developed using the Laya engine. 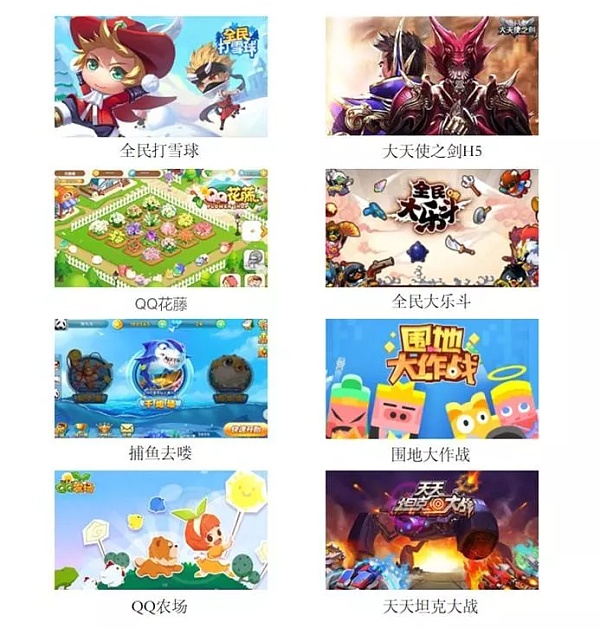 In the mid-term explosion game, the Archangel's sword has achieved a cumulative flow of over 800 million yuan in the past five months, with registered users exceeding 15 million, and the highest daily flow exceeding 40 million yuan.

Therefore, for the three points of this project, it is "not air" at all. 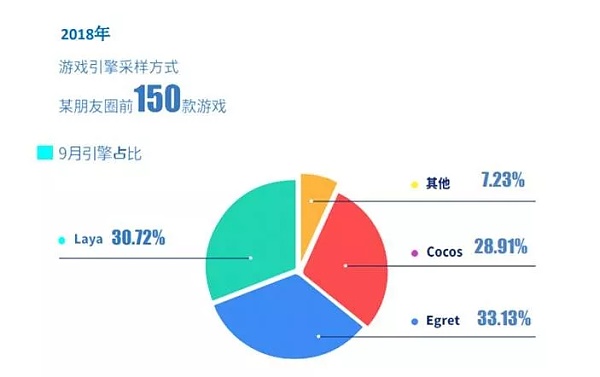 With such a high proportion, the number of developers is naturally quite large. At the end of 18 years, Laya's developers have reached 300,000 people, and in 2019, they are still more than half. This number is probably more.

At the same time, for the team, this is not a simple blockchain venture. The team's experienced developers are experienced in all areas of Chinese games, from stand-alone games, online games, end games, mobile games, page games, Laya itself is the world's Top3 game engine, and now to the current FairyLand. Along the way, they are all about games and around the game. The blockchain is just a brand new platform, a possible future direction for the game.

So, unlike the crypto cats you saw before, or other entrepreneurial projects that entered the blockchain with the name of the game, FairyLand.Laya is more of a regular game engine, the layout above the blockchain. On this fundamental, few competitors can match.

Blockchain game, how to break

In the past two years, the blockchain has been “anxiously landing” for two years. After many attempts, the industry generally believes that the most likely breakthrough is the financial, one is the game, even V God himself.

In the financial field, 2018-2019, Defi counts the eyeballs, MakerDAO's stable currency, Dharma, Compound's loan, Duo Network's derivatives, Augur's predictor, Uniswap's token exchange… It's a hundred flowers. In the field of games, the shots that can be taken are impressive, basically three:

1. Encryption Cat – Strictly speaking, this is not a game at all, just an ERC721 collection project, which does not have any playability or entertainment. 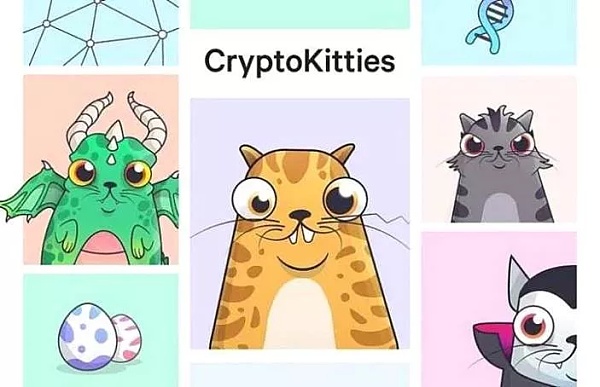 2. Fomo 3D – This is not a game, but a "bright card" funding disk with a blockchain. 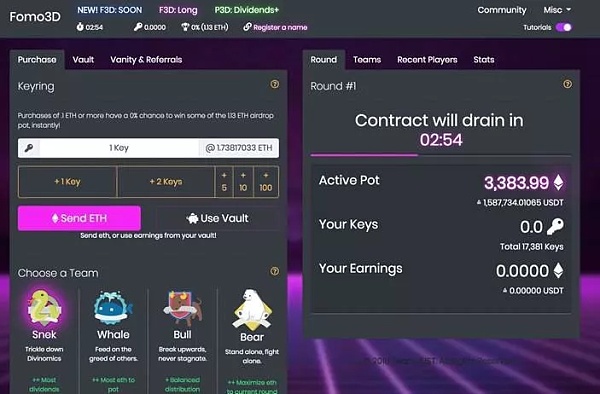 3. Various gambling games – these can barely count as games, but all the gambling, people can't help but feel that the blockchain is the gaming chain? 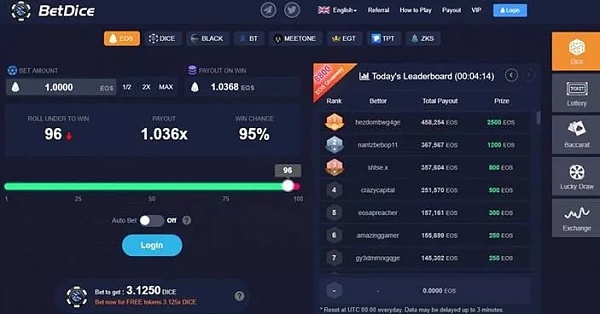 So how is it broken? In fact, it is very simple, nothing more than a little – there are a lot of real gamers, the players here are those who really want to play because the game itself is worth playing, not because they want to make money to make coins, go to wool or betting Those "speculative players."

So how do you have "a lot of real gamers"? It's also very simple, the game is fun!

How can the game be fun? You have to have a lot of works. In other words, you need a lot of developers, and you have a lot of game developments. There will always be explosions and really fun games.

You see, such a derivation is not a broken idea, it is much clearer?

How is FairyLand.Laya going to break?

It has been deduced that the blockchain game must be broken, and there must be a large number of developers. That is to say, the developers of the blockchain are far from enough. What is the reason for not enough? At the moment, there are at least three points:

Coincidentally, these three points, it seems that FairyLand.Laya has a good solution, first look at the first point:

For professional developers, the 600,000 developers of the Laya game engine itself can theoretically be the developers of FairyLand.Laya. For them, it is just switching from the Internet to the blockchain platform, but for the average player. In fact, the previous development of the game seems to be unreachable, now with FairyLand.Laya, tailored for you UGC (User Generated Content) platform, you do not need any programming basis, you can make a small game, The only thing you need is imagination. Do not believe? In fact, it is not that difficult. I will give you an example to know.

Ten years ago, the filming of this kind of thing, what emerged in everyone’s mind, must be a stereotype of a performance department + a professional photographer with a cumbersome camera to complete, right? Now, where do you watch the most videos? Shaking! 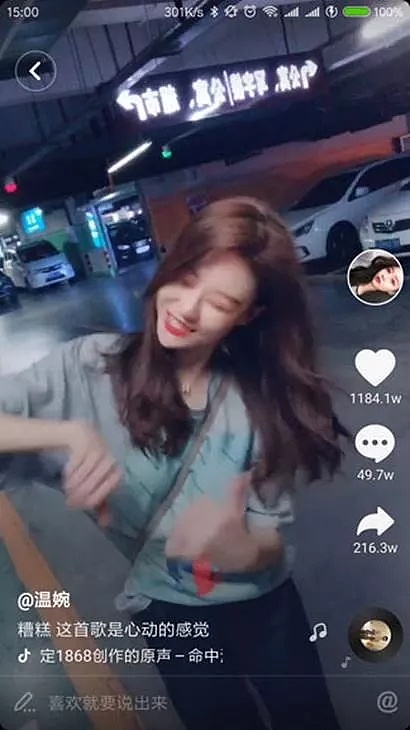 Vibrato is essentially a UGC platform. Users use the APP source to create creative works. They don't need to learn performances, they are just a mobile phone. Lower the creative threshold to a minimum. Of course, if you have studied photography or performance, your work is naturally better and spreads wider. It is fair to let everyone get started and let the experts stand out.

FairyLand.Laya can be said to be the "shake" of the blockchain game industry, so that any participating ordinary players can use the Laya.FairylandMobile APP to create a lot of creative ideas on the mobile phone without knowing the programming. game. 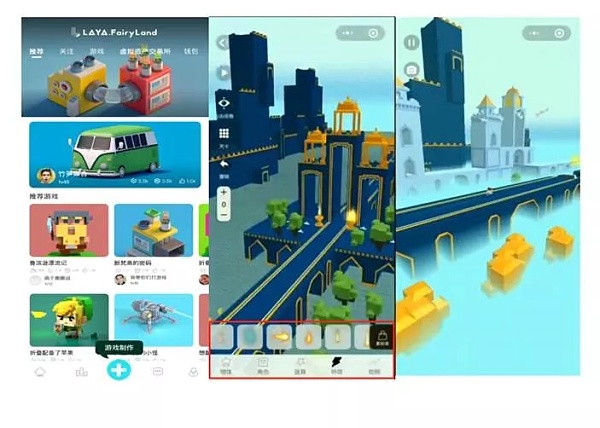 In the traditional Internet game world, there are already more successful precedents. Do not believe that if you go to Baidu or Google, the "My World" and "Roblox" of foreign fires, you will understand what I am talking about. Yes, here is a little secret to everyone, "My World" this Shahe game also has to be a blockchain version! 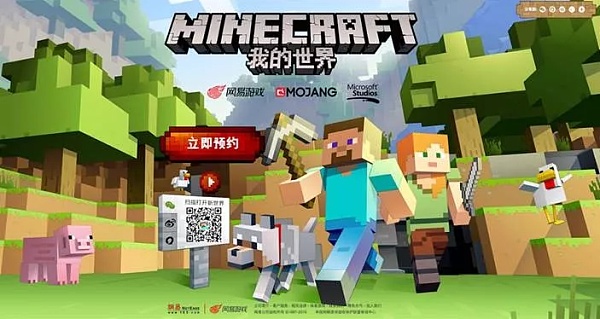 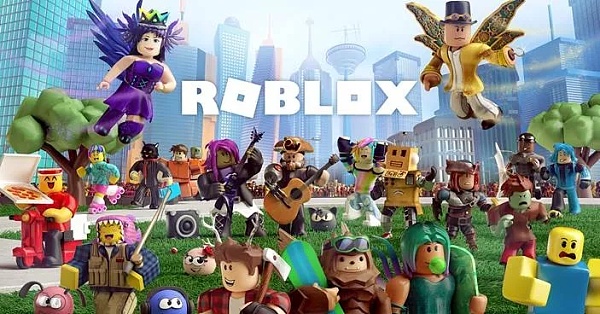 This question is even simpler. I ask you, if you shake the money and send a coin, join the economic incentives and the pass-through economy, will the above works be more or less? Above the high click big V or net red, the income will be more than now, or less?

In Laya.FairyLand, millions of players, including KOL and Big V, are themselves consumers, creators and profiters. Whenever users create meaningful and valuable games, the platform will return with the proceeds of the work. The bonus pool bonus, built-in game mining function and other measures are rewarded to the user, and the pass-through economy is perfectly integrated into the traffic ecology.

In addition to content creation and platform, FairyLand.Laya also has built-in asset trading center, high-speed public chain and other core components, which can be said to be a collection of games, creation, entertainment, social, live, revenue, investment, trading, etc. A comprehensive platform that limits you on this platform, may only have imagination. 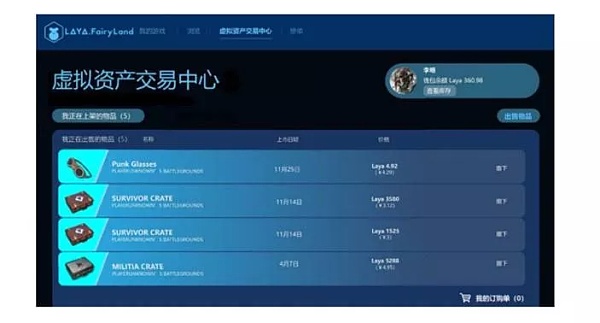 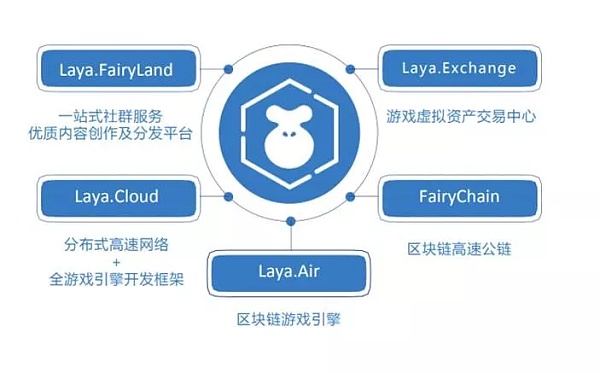 Laya will use the Laya.Cloud-DPOS mechanism to build decentralized game logic that stores the told running network. Laya.Cloud was originally developed from a distributed game cloud project developed in cooperation with Tencent. The cloud project has been running stably for 2 years in the product environment and has withstood the test of 1 million DAU and other high concurrency. Laya.Cloud will be built on top of the public chain NEO, ETH, EOS, HPB to provide them with a high-performance gaming environment.

Why choose a pizza dog?

Pizza dogs basically know that the legendary big air-wing exchanges are legendary, but in the field of exchanges, after just a few months, they are still a "new". 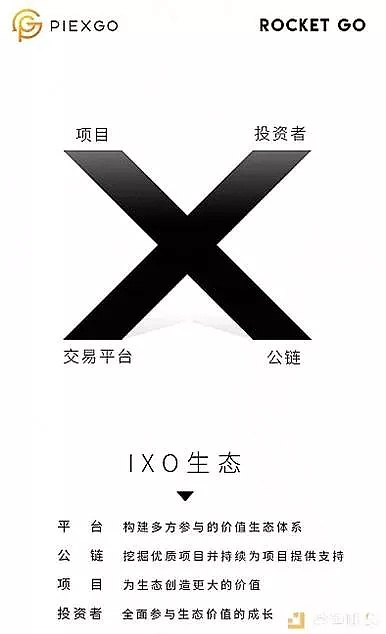 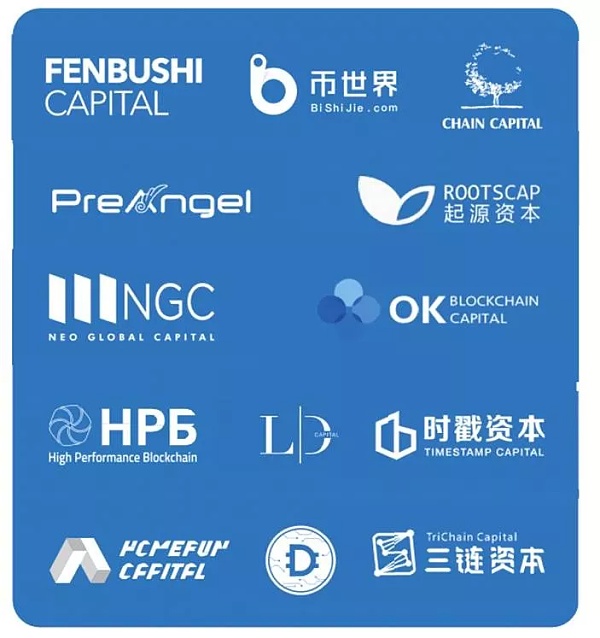 FairyLand will release the erc20 Passport (FLDT) based on the Ethernet in the initial stage. After the FairyLand main online line, it will be mapped to the standard chain token. FLDT has the following value in the FairyLand ecosystem:

FairyLand has issued a total of 10 billion. The pizza dog Rocket Go is available in 80,555,556 units, with a unit price of 0.0015 USD and a market capitalization of $120,000. (It's worth noting that FLDT's private equity investors' tokens will gradually unlock linearly after 2 months.)

Finally, let's compare the three major competitors of HTML5: Egret, Laya and Cocos. The current market price of egrets is 200 million US dollars. There are rumors that Cocos will be on the line of one of the three major IEOs, and the market value of the circulation will be several million dollars. And Laya is calculated based on the current price (2 times IEO), and only has a market capitalization of more than 200,000 US dollars. So whether you can take over Laya in the secondary market depends entirely on the Laya team's three-month operational capability, whether it can be on a larger exchange, whether it can introduce a large number of players/developers, and whether it can develop several explosion games. .

In the end, the fragrance is not fragrant? We will wait and see.