First, the nature of the blockchain

In my opinion, whether it is decentralization or currency, or the commonality of the economy and asset chain, which are often mentioned, are ultimately based on the purpose of reducing transaction costs, which are all driven by the "lower transaction costs". Pushing .

According to statistics, there are currently tens of thousands of digital currencies on the market, and it has appeared in just a few years. If the time is longer, the number will increase by several orders of magnitude.

At the same time, the total number of stocks in the world is only how many, and this is the result of hundreds of years of development. Of course, this has something to do with the stock issuance mechanism, but the blockchain's currency-issuing process greatly simplifies this process, making it a very easy and casual thing for people to issue assets. It only takes a minute and then pays for it. With low fees or no fees at all, you can easily release an asset.

Token is a kind of equity carrier. It can represent any rights, such as the right to use, equity, points, etc. Once these rights are passed, they can be completely freely flowed, and the flow is very fast, just know The address of the other party can be instantly transferred, and the account is instantly available.

In Chang's words, this is to turn the original solid and liquid assets into gaseous assets, breaking the isolation between the original assets and assets, and such assets can pervade the entire space. It can be split indefinitely and is no longer restricted to the platform. An asset can be recharged from another exchange like the current bitcoin. Trading behavior can also occur in a two-person face-to-face transaction in a coffee shop, or it can happen thousands of miles away. Because of over-the-counter trading, asset trading becomes very flexible, just like a gas.

Through asset tokenization, the cost of issuing assets is greatly reduced.

Third, the settlement of assets – the transaction is settled

The technical reason is because the exchange, the central securities registration and settlement company, and the bank are three different institutions. Simply consider only the exchange of stocks on the exchange, in fact, your trading time is calculated in seconds, but this second-level transaction is limited to the information level. You also need the Central Securities Depository and Clearing Authority to actually complete the transfer of ownership, and then need to complete the transfer of funds through the bank. Once it involves other institutions than the exchange, the reconciliation and settlement process between the institutions is required. This process takes time, which is why it is inefficient.

The blockchain represented by Bitcoin, the creative use of the UTXO system, is a very significant innovation, enabling the blockchain to achieve transaction-based settlement, which can greatly improve efficiency and reduce costs.

Through special billing methods, assets issued based on the blockchain can have this important feature – the transaction is settled.

For financial assets such as stocks and currencies, if settlement problems can be solved, the existing efficiency will be greatly improved, just as Nasdaq intends to adopt blockchain technology – old technology can be permanently abandoned, new Technology is about to increase efficiency by a new level.

This feature makes blockchain assets greatly reduce the time cost of capital and the opportunity cost of waiting.

Fourth, the transfer of assets – to the center, to the intermediary

For example, if you need a loan, you need to go through a bank letter. Without a bank credit, you will have a hard time borrowing money. After the rise of online lending, you have to make online loans, you need sesame credits and so on. These are all intermediaries.

For example, if the company wants to raise funds, it usually needs to pass the IPO. You need to change the system first, and all the financial indicators are submitted to the application materials after the listing. After the trial meeting and the follow-up series of processes, you will be able to go public.

Such examples abound in real life. In most cases, we are unable to conduct direct transactions with our counterparties. We need a series of intermediate procedures such as approval, approval, and registration.

At present, we have entered the era of information Internet. The flow of information can be very efficient, but there are still many things that are very inefficient. They are all hindered by too many centers and intermediaries. These centers and intermediaries have increased the middle. The link hinders the direct transaction of assets, which makes the transaction greatly reduced in terms of time, process, and cost.

All data based on the blockchain is open and transparent, and can be called directly. In addition, the blockchain has a big feature that is open source, and anyone can participate without permission. It is equivalent to using a blockchain system to replace all the centralized organizations in the traditional business society, or to integrate them together, and the blockchain itself is not controlled by any third party, so it can be intelligent The contract is automated.

With one less center and one less intermediary, the commission fee is a few percentage points. The key is to realize smart contracting as much as possible, and the transaction efficiency is greatly improved.

The significance of peer-to-peer trading is very significant. It can trade directly across all barriers, from small to large, between companies and companies, between centers and centers, between countries and countries.

The blockchain is created by a workload that creates a trusted environment created by computing power that is not controlled by any third party and that is not destroyed by any third party. In this environment, the problem of traditional centralization is solved: the data is stored in a third party that is not controlled by either party, and the trading rules are intelligently contracted. Once the two parties reach an agreement, the things agreed through the smart contract will be automatically executed. of.

With the development of blockchains, there are more and more things that can be done directly from point to point. Even people can do anything point-by-point through smart contracts and remove all obstacles, thus creating a lot of freedom. This freedom will bring With a lot of opportunities, there will be a lot of transactions that we don't know now, and these deals will bring us a lot of wealth.

Peer-to-peer transactions can greatly reduce the transaction cost of assets.

Blockchain can greatly reduce the cost of asset transactions, causing a big explosion of assets, and assets are also transferred from paper (various certificates) to the Internet, leading us into the era of value Internet. 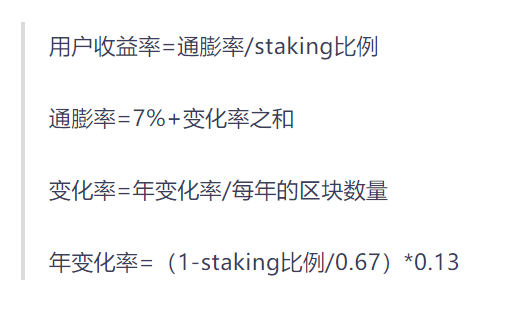