At the same time as the bitcoin high crosses the cross, the mainstream currency has begun to accelerate its decline, and the altcoin is even worse. The main reason for this situation in the market is still the lack of funds.

The market will collectively embrace Bitcoin, which is bound to happen. Bitcoin is now receiving a cross star for four consecutive days. It is impossible to save the disk. Therefore, the market may continue to fall.

The logic of this rise is the tension in the international situation caused by the sweater war, but this situation is actually not sustainable. In fact, it is only a game between big countries. We are still in a relatively peaceful state. 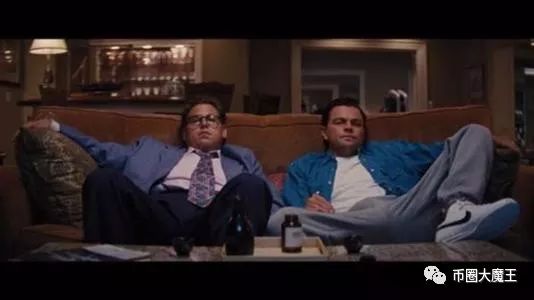 From the quantitative easing we all talked about, the US dollar index is still consolidating at a high level, the US stocks have also rebounded, and the market risk aversion has been reduced. Therefore, the story of the fund, (paying attention to the public number: the big devil in the currency circle) everyone started Did not buy it, began to escape the market.

If the international situation is tense and quantitative easing is good, it is also for Bitcoin, which does not constitute a substantial positive for other digital currencies.

The bitcoin rise that everyone sees is actually determined by the logic of the rise. Compared with Bitcoin, including ETH and EOS, it is an inflation model, which counts the actual inflation.

Subsequent quotes, still look at the face of Bitcoin, but the continuous high consolidation, the power of many parties has been exhausted, the subsequent development from the current point of view, the possibility of falling back is great. 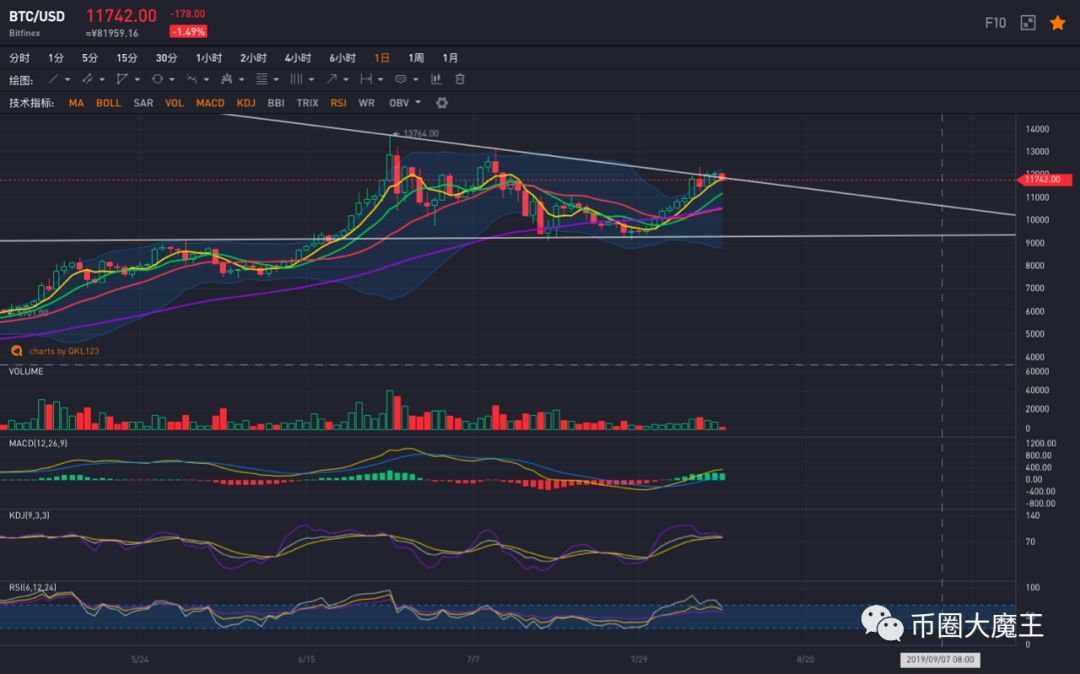 The trend of Bitcoin is very obvious, and it belongs to the state of high consolidation. However, it has long been emphasized that the operation to the upper edge of the interval triangle has the demand for callback; coupled with insufficient energy, it is difficult to break the resistance above.

On the indicator point of view, the Bollinger Band continues to open, but it is not obvious that Bitcoin is running above the middle rail; the green column of MACD starts to become shorter, there is a downward trend of 'KDJ dead fork status, and RSI also has a dead fork trend. May continue to fall back.

Therefore, Bitcoin is likely to continue to fall back, and the point of bottoming can be seen around $11,000, so don't worry.

The trend of ETH is very subtle. The Bollinger Band has fluctuated within a narrow range. Today's decline may run to the lower level of Brin. MACD's DIF has a downward trend, while RSI and KDJ are both at a low level. The two dead forks look trending. The next is obvious. Therefore, at the moment when it is not yet in the bottom, you can try to bargain at around $200.

The trend of EOS is similar to that of ETH. The Bollinger Band has already run to the lower rail. The MACD has signs of a dead fork. The RSI and KDJ's dead fork have already formed, and the follow-up trend is still bearish. But I have already got $4, and the space down is actually not big. When I fall around $3.5, I can start to open a position.

In fact, the market is like this, just get used to it. The best way to make the market become your own wallet is to not find greed, not fear, and slowly find the feeling of investment and get good returns.

Article source: The public number is the big devil.

Dragon White: The Libra of the US dollar, the future of the dollar

A-share investors also have a strong interest in blockchain topics

Monitoring shows: ETH and other tokens in the FCoin hot wallet have been transferred to the starting address of 0x5a, or the security isolation work has been completed

Willy Woo: The profit margin of minted new coins is at a historical low, which is a good sign of bottoming out

Data: The average return on Bitcoin transactions for the four major PoS currencies over the past three months exceeds 49%