The market ushered in a counter-offensive yesterday, or did not have too strong continuity

Although the BTC showed some signs of stabilization, it believed that there were still differences in the internal funds of the target. There was no expectation of consistency. The intraday trading was very entangled, and the upside could not go up. The BTC closed yesterday. Xiaoyang line, failed to recover half of the Yinxian line, we see that the volume of the Xiaoyang line is unusually small, indicating that the market is not enthusiastic about participating in the rebound. Here may be a falling relay form, the current 5 antenna head down, There is a certain pressure on the price of the currency. It seems that there is not much air in the downside. The adjustment period may be extended. The time is taken in the space-for-space trend. Observe whether today can reverse the position of more than half of the Yinxian line. If it can be marked, it indicates that the target has continued upward momentum, and may test the pressure of 12,000 USD again. If it can't stand halfway back to the Yinxian line, it may continue to test the support of 11,000 USD, which is double bottom. The neckline position, without breaking the point, can be low-suction waiting for the volume to break through. If it falls below the point, it will once again return to the 10,000-dollar mark support. I personally tend to A situation. 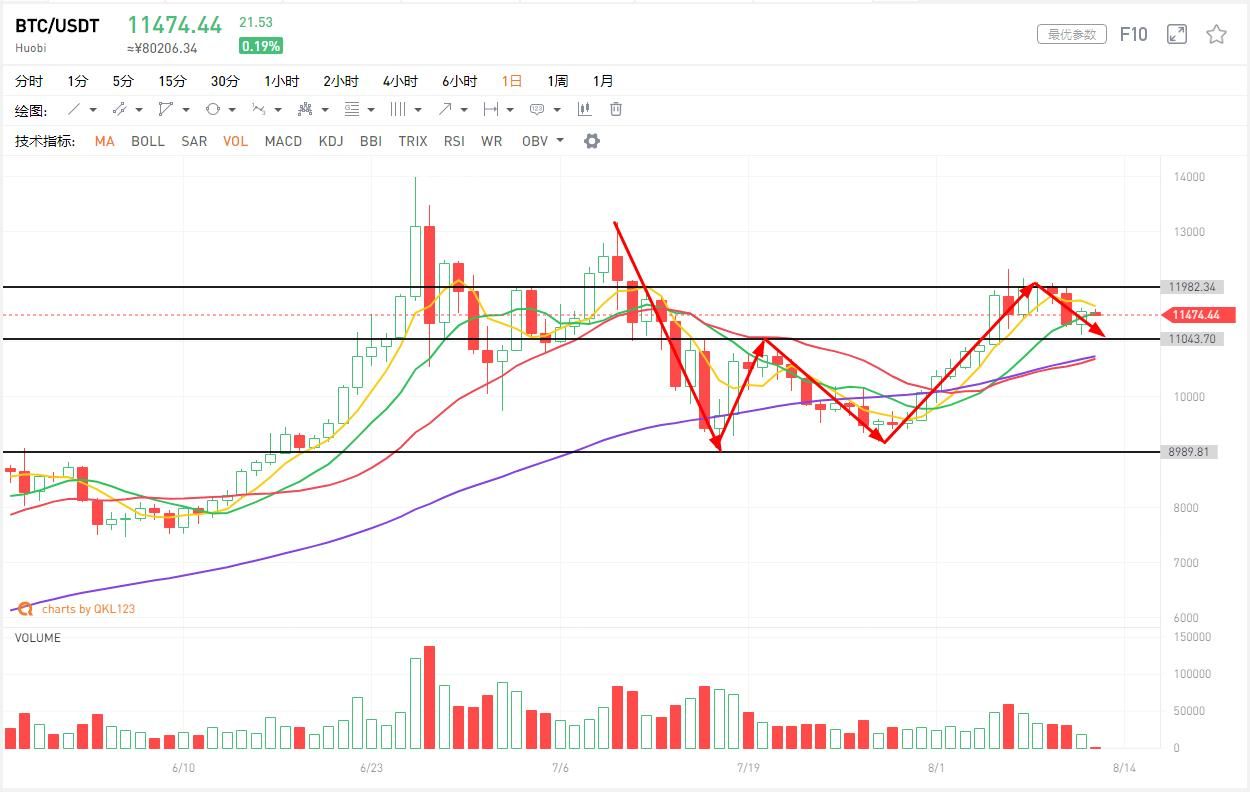 ETH's rebound is slightly stronger than BTC, but there is no volume released during the rebound process, and there is no 30 antennas to get rid of the pressure of 30 antennas. Therefore, it is necessary to observe patiently whether the target can be stabilized. It is not possible to rule out the possibility of falling again. The market has limited success. It is still recommended that everyone pay attention to BTC. The nature of the funds currently entering the market determines that they will only participate in the BTC transaction. The rest may not have much chance for the time being. If the target is successfully put on the 30-antenna and 30-antenna turn If the head is up, the target will stop falling and it will hit $250. If it can't, it will test the support of $200 again. 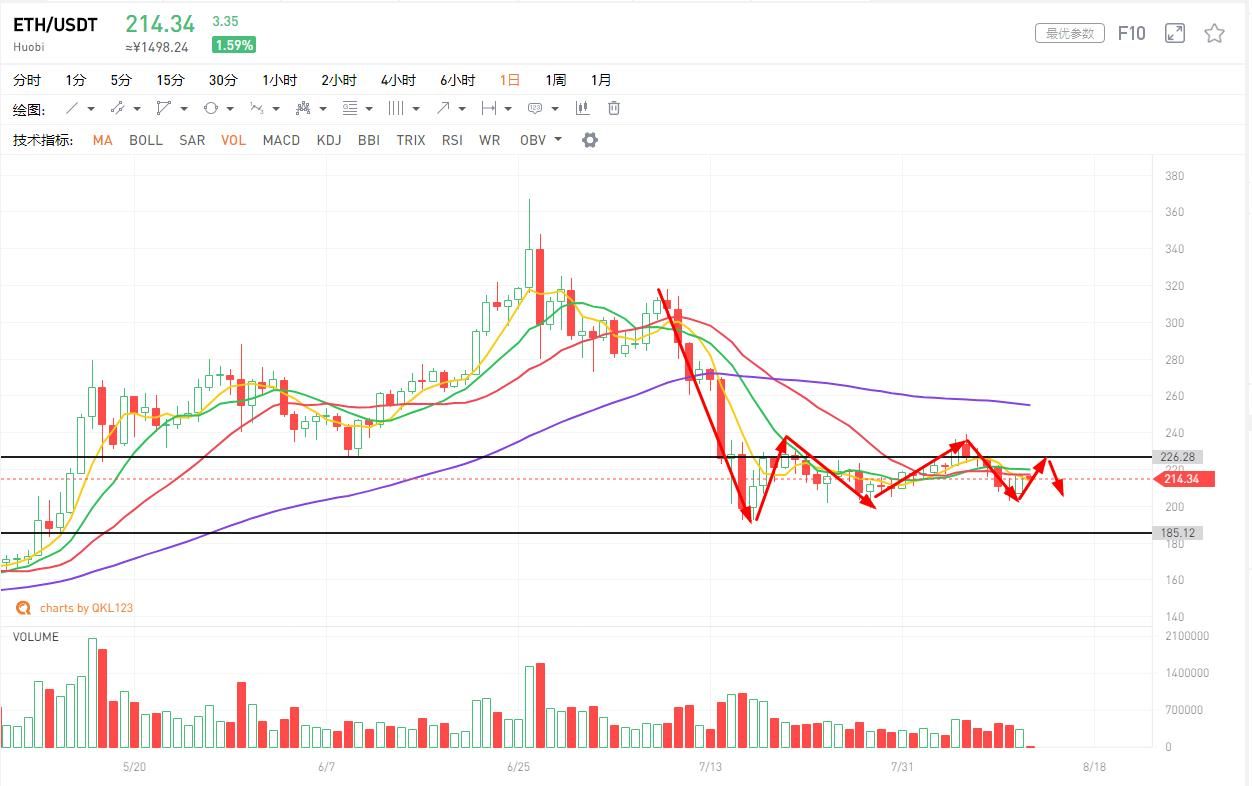 BCH reversed the negative line, still no amount, stood on the pressure of 330 dollars, and then will test the pressure of 120 antennas again, or that sentence does not have a strong rising logic, only a small range of fluctuations, Arriving at this point is also a high throw, ready to low suction back, observe whether the support line below is effective, if it falls below the support line, it may be doubled, pay attention to the risk. 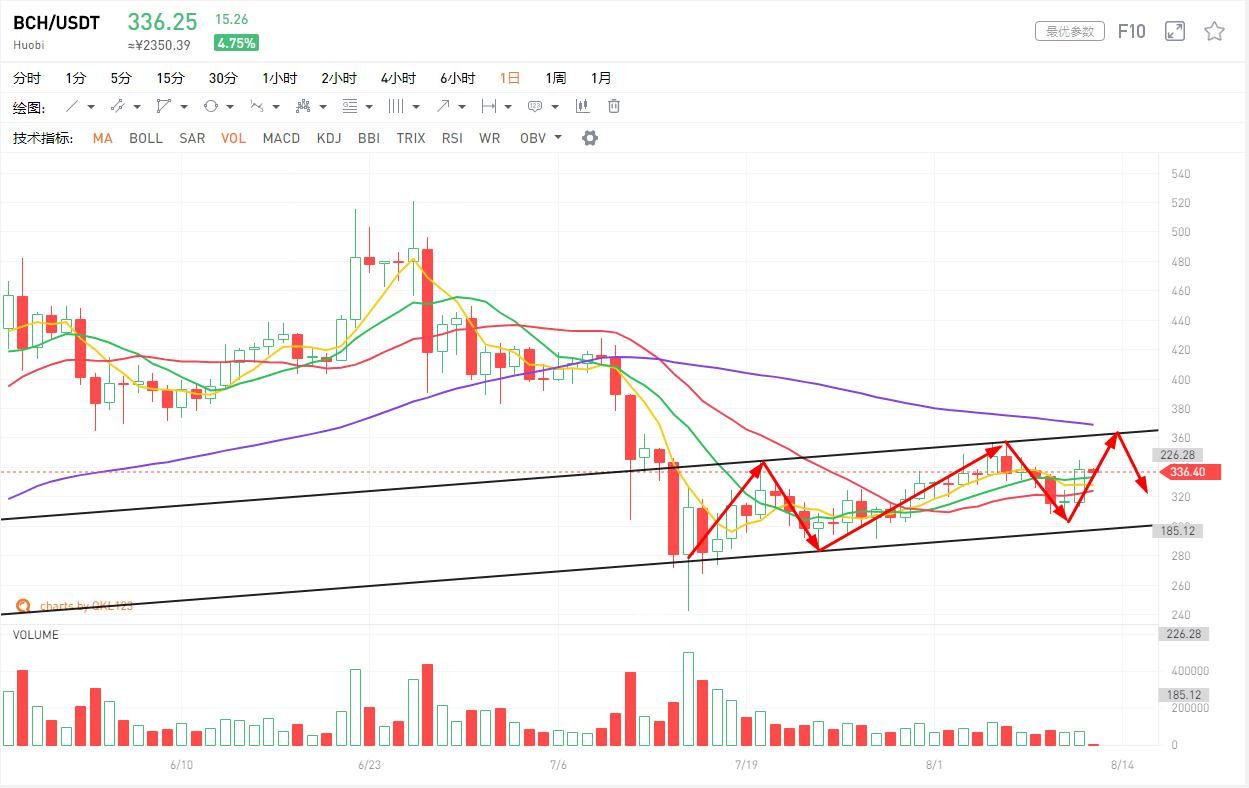 The BNB trend has not gone bad. The trading volume of the back step is relatively small, the chips are relatively stable, and now it is back to the support of around 30 dollars. If it falls below the support, it will continue to weaken. If it stabilizes again, it may attack 60 antennas again. The macd indicator sticks after repeated golden crosses in the weak area, diverging upwards, and is about to enter a strong area above the zero axis. If the target regains 60 antennas and makes the 60 antenna head up, it will get rid of the current downward trend. There are signs of improvement, patient observation, and individuals tend to rise again after stepping on. In addition, I want to say that the platform giants are all rising recently. You can pay attention to the slightly lower rankings. The old exchanges with recent expansion desires, such as ZB, have been sideways for a long time. The platform coins are rising, it is not Maybe you have broken your position. 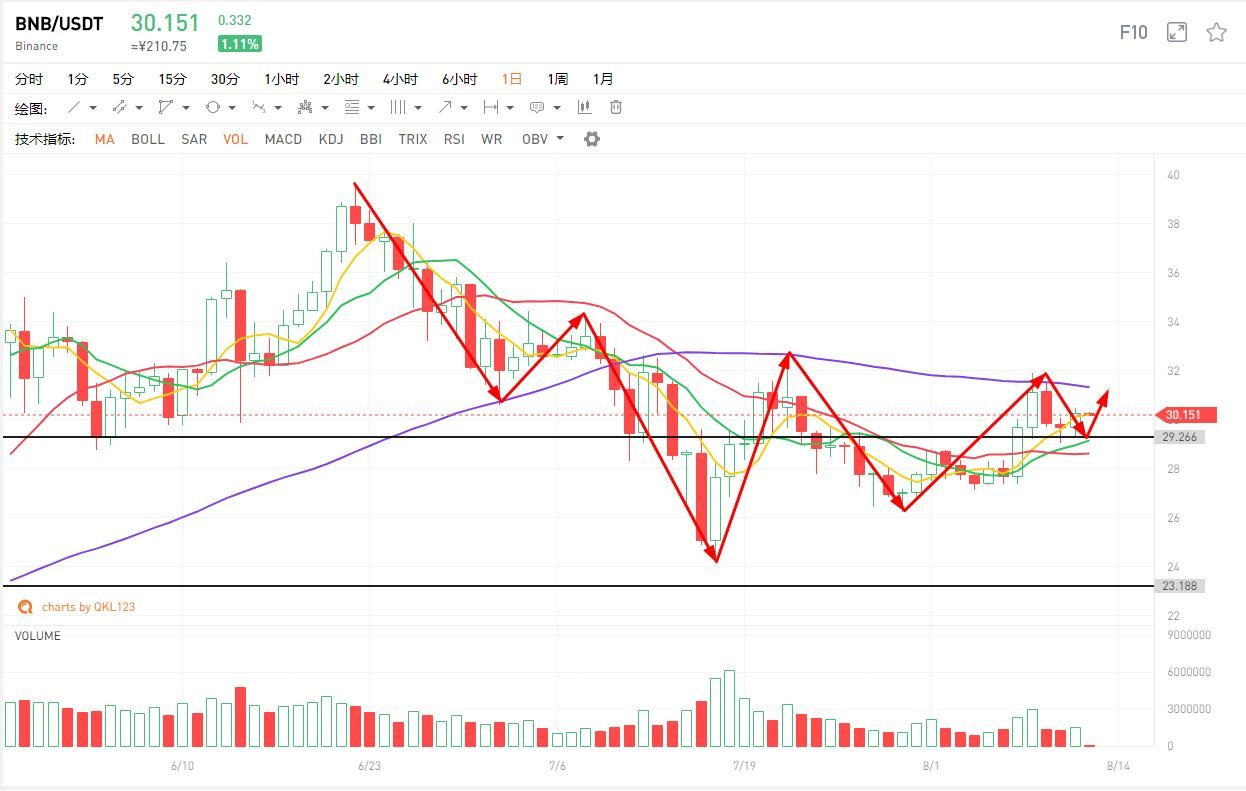