"People's Bank's digital currency is ready to go." The previous day, the Deputy Director of the People's Bank of China's Payment and Settlement Department, Mu Changchun, expressed his concern in the cryptocurrency industry at the China Finance 40-Yichun Forum.

It is understood that the China Financial 40 Forum is one of the most influential policy research and academic exchange platforms in China's current economic and financial fields. Many well-known scholars and officials such as Qian Yingyi, Wu Jinglian, Yi Gang and Huang Qifan are members of the forum. Therefore, every voice of the forum will be regarded as an important indicator of China's economic and financial policies.

In fact, the fact that the central bank is developing digital currency is no longer a secret to the financial industry. Since 14 years, a special research group that issued legal digital currency has been established under the impetus of the then central bank governor Zhou Xiaochuan. It is directly related to the skyrocketing of bitcoin in the second half of the year.

Sheng Songcheng, a member of the People's Bank of China, said two years ago that the central bank's issuance of digital currency is not only to replace the cash flow of banknotes, but to better serve the currency issuance and monetary policy, improve the efficiency of payment settlement and retain the control of monetary sovereignty. Shao Fujun, Chairman of China UnionPay Co., Ltd. further pointed out several advantages of digital currency in this forum:

First, it can improve the efficiency of monitoring the operation of money and enrich the means of monetary policy. The central bank's digital currency issuance will enable real-time data collection such as currency creation, accounting, and movement. After data desensitization, it will conduct in-depth analysis through technical means such as big data, providing useful reference for the formulation and implementation of monetary and monetary policies. And provide useful means for economic regulation. At the same time, the central bank's digital currency can also provide some help in anti-money laundering and counter-terrorism financing.

Second, it helps to improve the intelligence level of the transaction process. The legal digital currency is not only the digitization of money, but also the combination of intelligent technology and the design of intelligent contracts to better solve the problem of trust between the two parties and the synchronization of information flow and capital flow, thereby greatly simplifying the transactions between traditional financial institutions. Process.

Third, increase the efficiency of payments, especially cross-border payments, and establish an open payment environment. From the perspective of payment function, by using the legal digital currency, the network of legal currency circulation can be greatly flattened, and the comprehensive interconnection of the payment system can be realized, the exchange link can be greatly reduced, the liquidity of cross-border funds can be improved, and the traditional cross-over can be solved. The problem of long-term exchange rate chain, slow arrival, and low efficiency.

As for the specific use scenarios and technical solutions of the central bank's digital currency, it has been rarely disclosed in the discussion stage in the past few years, but many central bank officials such as Mu Changchun in this forum have talked about this topic in detail.

It can be seen from Mu Changchun's related speech that small retail payment will be the main application scenario of the central bank's digital currency. For this reason, the central bank's digital currency needs to meet, high expansion and high concurrent demand, that is, TPS should reach at least 300,000 pens per second. This puts very high demands on its technical architecture.

On the one hand, this helps to resolve risks and avoid excessive concentration of risks. On the other hand, it is beneficial to fully mobilize market forces and achieve system optimization through competition. "At present, we belong to a horse racing state. Several designated operating agencies adopt different technical routes to do DC/EP research and development. Whose route is good, who will eventually be accepted by the people and accepted by the market, who will eventually win the game. So this is the process of market competition," Mu Changchun said.

In the process of circulation, the central bank's digital currency will realize the value transfer from the traditional bank account, and the transaction link will be greatly reduced in terms of account, so that the central bank's digital currency can be easily circulated like cash, which is conducive to the circulation and internationalization of the renminbi. Controllable anonymity can be achieved.

At the same time, Mu Changchun said that the current central bank digital currency design focuses on M0 (flow cash) replacement instead of M1 (M0 + demand deposit) and M2 (M1 + time deposit) instead, because M1 and M2 have now been electronically implemented. Digitalization, if not done, will not only help to improve the efficiency of payment, but also cause huge waste of existing systems and resources.

In other words, the central bank's digital currency wants to replace the use of cash more, rather than electronic payment methods such as Alipay and WeChat payment. "The existing M0 (banknotes and coins) are easy to be forged anonymously, and there is a risk of money laundering, terrorist financing, etc. Especially in areas where account services and communication networks are poorly covered, people are still more dependent on cash. Mu Changchun said, "So our DC/EP design maintains the attributes and main features of cash, and also meets the needs of portability and anonymity. It is a good tool to replace cash. "

Although Mu Changchun used the eager words of “going out” for the central bank's digital currency in this forum, it has entered the business in view of the fact that it has not yet been developed and its legislation needs to undergo complicated processes such as drafting preparation, deliberation and argumentation, and solicitation of opinions. The scenario is expected to take at least 1-2 years, and there should be many variables in the settings.

Finally, although the central bank's cryptocurrency may not be as relevant to blockchain technology, it is difficult to impact the market for mainstream cryptocurrencies such as Bitcoin, but it also undoubtedly reflects that digital currency has become a general trend, including bitcoin and central bank figures. The digital currency system, including currency, will have a greater impact on the traditional financial system. 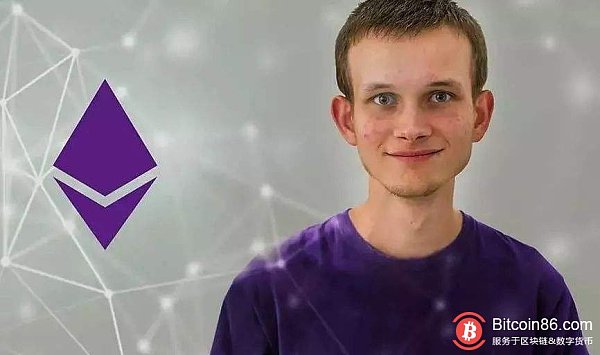 Will the BTC break the downturn and the collapse of the currency market, will it be a new round of bargain-hunting opportunities?