From a legal point of view, criminal filing has the requirement of criminal filing. If it involves theft, it requires a standard of more than 2,000 yuan (this is the standard of Beijing, and the level of economic development varies from place to place).
According to the law, if the case handling agency does not recognize the property attributes of Bitcoin and Ethereum, it is unable to meet the filing standards. This is also the case that the local economic investigation departments have generally encountered various criminal cases involving virtual currency. The problem.

In fact, although the current legal provisions in China do not explicitly characterize Bitcoin and Ethereum as property, they do not explicitly consider it illegal. As time goes by, from the current situation, the judicial authorities have become more and more identifiable for the property attributes of virtual currency such as Bitcoin and Ethereum.

The first case of bitcoin network infringement represented by the chain law team was recently pronounced in the Hangzhou Internet Court, which confirmed the property attributes of virtual currency such as Bitcoin, which was the first confirmation of the judicial organs in China.

However, in practice, civil or criminal cases involving blockchain cryptographic assets such as Bitcoin, due to different identification of Bitcoin attributes, have also produced some different judgments, so the title "Theft Bitcoin does not What constitutes theft?"

Below, we will cut into the analysis from two cases.

In September 2017, Zhong used remote control to enter Bitcoin's server, inserting code into the Bitcoin wallet program to transfer 100 bitcoins to his personal wallet, and causing the company's economic loss of RMB 36,000.

After the incident, Zhongmou returned 90 bitcoins to the company, and the other 10 bitcoins could not be retrieved.

Zhongmou took the initiative to surrender to the public security organ and truthfully confessed the above-mentioned criminal facts.

The fact that the People’s Procuratorate of Haidian District of Beijing accused the defendant of Zhong’s illegal acquisition of computer information system data was clear, the evidence was indeed sufficient, and the charges were alleged.

After the defendant Zhongmou automatically cast a case after committing a crime and truthfully confessed his crime, he surrendered himself, so the court gave him a lighter punishment according to law.

The court ruled that the defendant Zhongmou was guilty of illegally obtaining computer information system data and sentenced him to one year and three months in prison and a fine of RMB 50,000. The defendant Zhong Zhong recovered 10 illegal bitcoins and returned it to Beijing Bitland Technology Co., Ltd.

On February 22, 2016, Wu Mou stole the account and password of the five “MMM” investment platforms of Kim. Wu used the five accounts and passwords to steal the bitcoin 70.9578 (worth RMB 205,607.81) in the victim's account by tampering with the payment address. Wu Mou will steal the bitcoin on the "Fire Coin" trading platform and withdraw the proceeds from the transaction.

The court of first instance ruled that Wu was guilty of theft, sentenced to six years in prison and fined RMB 80,000.

Wu’s appeal and his second-instance defender proposed that the fact that Wu had stolen Bitcoin from the victim’s account was unclear and the evidence was insufficient. Bitcoin was a virtual commodity and was not a criminal object of theft. Legal error.

The court of second instance:

The defendant Wu Hongen took the secret means to steal the property of others for the purpose of illegal possession. The amount was huge and his behavior constituted the crime of theft.

The original judgment found that the defendant Wu Hongen stole the fact that the victim Jin was worth more than 200,000 yuan of bitcoin. The evidence was verified by the first and second courts and verified by each other.

After the victim Jinmou pays the consideration, he gets the bitcoin, which is not only a specific virtual commodity, but also represents the property that the victim actually enjoys in real life, and should be protected by criminal law.

The sentencing of the original sentence was not improper, and the conviction and applicable law were correct, the trial procedure was legal, and it was maintained in accordance with the law.

The court of second instance dismissed Wu’s appeal and upheld the original judgment.

First, what kind of legal interests are infringed by the theft of bitcoin?

However, the theft of bitcoin is the act of the actor stealing other people's bitcoin for the purpose of illegal possession. It does not disturb the public order of the society, nor is it the illegal acquisition of information about unspecified objects. This act does not violate the public interest of society. The theft of bitcoin is the acquisition of a specific object "property", which is mainly infringed by personal legal interests, that is, property rights.

Second, is Bitcoin a property protected by criminal law?

Criminal law has relative stability, but it must adapt to the needs of social development at the same time, otherwise there will be no vitality. Zhang Mingxi believes that the property as the object of property crime should have three characteristics, namely, the possibility of management, the possibility of transfer, and the value. [1] The owner of Bitcoin can perform management actions such as payment and transfer on Bitcoin held by himself; can transfer bitcoin to other addresses by initiating public and private keys; in fact, the economy of Bitcoin Value can be measured in currency. Therefore, Bitcoin has the characteristics of the property of the property crime object.

According to the 2017 Announcement on the Prevention of Financing Risks of Tokens Issuance, Bitcoin cannot be used as currency in the territory, and does not mean that Bitcoin cannot be a "property" protected by law. It is undeniable that, like other virtual assets, it can be traded in currency and has economic value. Especially after the implementation of the General Principles of Civil Law, virtual property has been recognized in the field of civil law, and there should be no obstacles in recognizing the “property” attribute of Bitcoin in the field of criminal law.

Third, the act of stealing bitcoin is considered illegal for obtaining computer information system data, and there is a criminal punishment loophole.

If it is believed that the theft of bitcoin constitutes an illegal acquisition of computer information system data, it essentially denies the "property" attribute of Bitcoin. According to this treatment, it may bring difficulties to the settlement of other criminal legal issues in practice, and form a loophole for criminal punishment.

For example, in the case of fraudulent bitcoin, the perpetrator used fraudulent means to defraud other people's bitcoin. Because the perpetrator did not invade and illegally control the computer system, it did not conform to the behavior of the crime of illegally acquiring computer information system data, and could not pursue the perpetrator's behavior. criminal responsibility. For example, the actor uses violence, coercion, etc., to force the Bitcoin owner to transfer the bitcoin to the actor's account. Since the actor does not intrude or illegally control the computer system, he cannot be held criminally liable.

In summary, there are many unreasonable points in characterizing the theft of bitcoin as illegal access to computer information system data. Although there are still many obstacles to equating Bitcoin with legal currency, there is no doubt that Bitcoin has the property of “property”. Therefore, the crime of stealing bitcoin is characterized as theft, in order to avoid loopholes in criminal punishment, so that crimes and punishments can be adapted.

[1] Zhang Mingwei: "The Nature of the Behavior of Illegal Acquisition of Virtual Property", in Law No. 3, 2015. 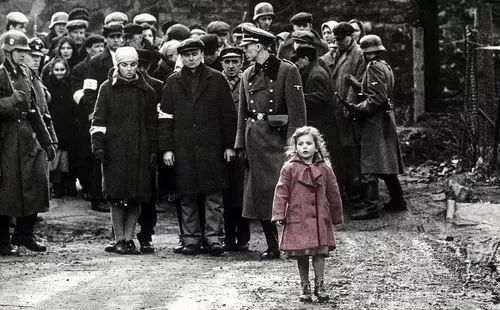 Insiders: The official seal of Bitcoin is still in the hands of Wu Jihan. 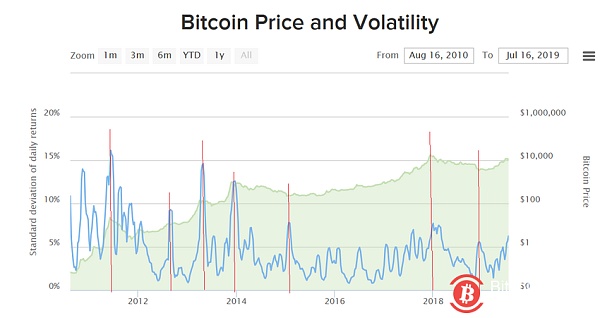 The hardware wallet Trezor was exposed to extract the key seed in only 5 minutes and the vulnerability could not be patched.

Today's panic and greed index is 62, the level of greed is slightly lower