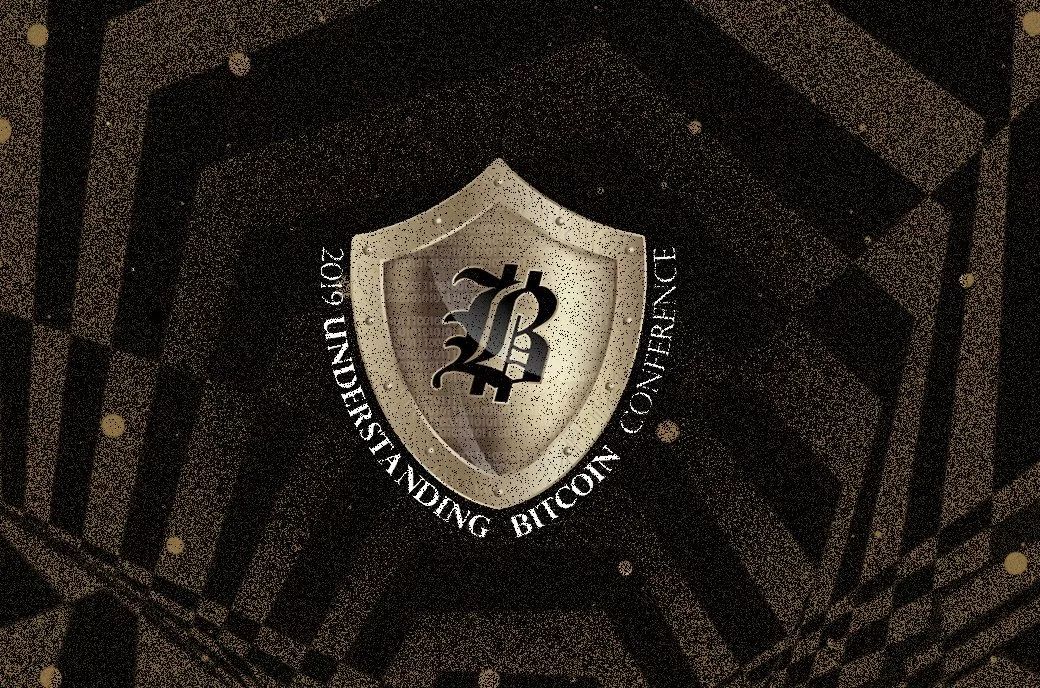 A conference on "Understanding Bitcoin" was held in Malta from April 5th to April 7th, 2019, with the aim of turning more ordinary Bitcoin users into Super Bitcoin users.

Bitcoin hardware and software are often more configurable than people realize. Maybe people realize this, but they can't use it. Throughout the conference, well-known Bitcoin developers and experts in the industry demonstrated how to make the most of existing Bitcoin tools with 18 live videos.

For convenience, a summary of these live demonstrations is provided below:

Blockstream Green, formerly known as Green Address and Green Bits, is the mobile and desktop wallet of Blockchain's Blockstream. To ensure the security of digital assets, the wallet provides multiple encryption. This means that any transaction in the wallet must be signed in a number of ways. If a potential hacker breaks one of these methods—for example, getting a PIN or stealing a cell phone—they still can't get any money. Another added form of protection is the hardware wallet, which is especially safe. Because the hardware wallet never connects to the Internet, it will not be hacked online.

In this demo, Blockstream engineer Domenico Gabriele shows how to use the hardware wallet Blockstream Green. As mentioned above, hardware wallets are often considered one of the safest ways to store digital assets. However, some hardware wallets are also subject to some very advanced attacks. For example, a supply chain attack or hacker can attack by actually accessing the device. One solution to this type of attack is to use multiple sign-offs to secure funds, while also using multiple hardware wallets (ideally stored in different locations) to protect the same digital currency. Similarly, it can be used to securely share the same funds between multiple people.

In this demo, SatoshiLabs' CTO Pavol Rusnak shows how to set this up using the Electrum wallet. If JavaScript is disabled in your browser, open it. 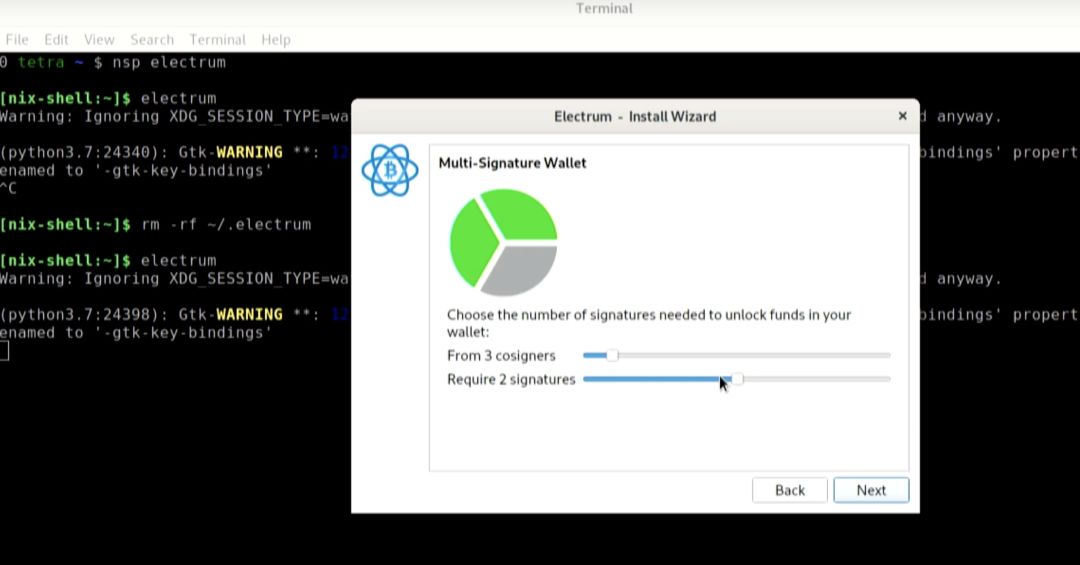 Learn about Bitcoin core from scratch

According to all of Bitcoin's protocol rules, the only way to ensure that a bitcoin payment is received is to use a full node as a wallet or connect the wallet to a full node. It sounds simple, but it also means you need to make sure that the software you run is a complete bitcoin node, not malware. An easy way to check this is to verify that the Bitcoin core developer has signed the running Bitcoin core software in an encrypted manner.

In this demo, Blockstream engineer Alekos Filini shows how to build the most complete node on the network today, the Bitcoin core, from scratch. 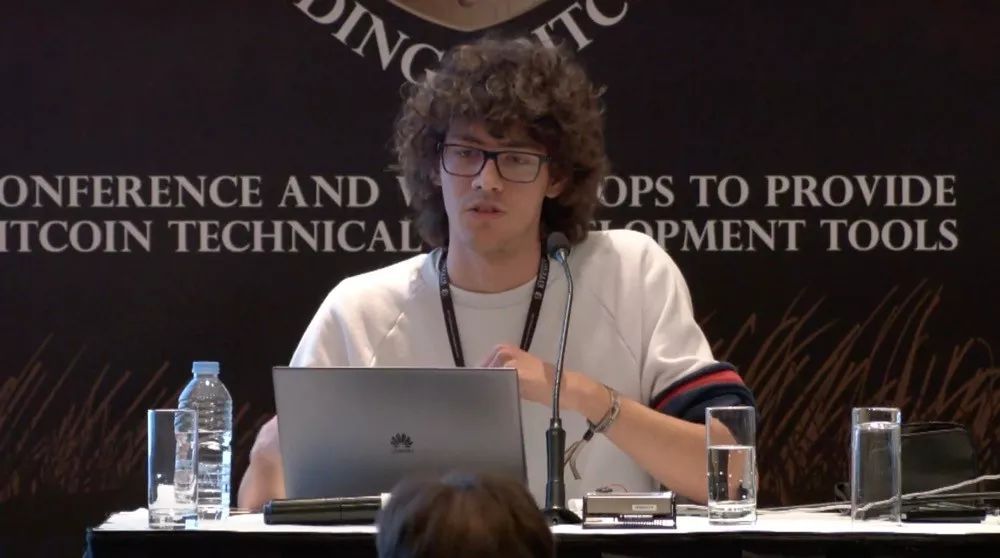 Although it may be a bit too much for most users, running a full node on an Android phone or other Android device (such as some TV set-top boxes) is technically achievable. This will also bring the same top-level security directly to mobile devices, or allow a full node to be run on a TV set-top box at home (for example, a mobile wallet can be connected to a set-top box).

In this demo, Bitcoin developer Udi Wertheimer will show how to install ABCore on Android. While a typical full node allows you to securely receive recurring payments, it is usually not very flexible from the start. Cyphernode is a purpose-built project that uses a full set of nodes to support a wider range of use cases, making it more useful for merchants, applications, and other services.

In this demo, Franc Bit Poion's CEO, Francis Pouliot, demonstrates how to set up a Cyphernode.

Lightning Network is an overlay network for fast, low-cost transactions on Bitcoin. C-lightning is one of the main implementations of Lightning Protocol. Running a lightning bolt (which may require a phone connection) allows users to benefit from this new, fast-growing technology.

In this demo, Blockstream engineer Christian Decker demonstrates how to install c-lightning on the Raspberry Pi. 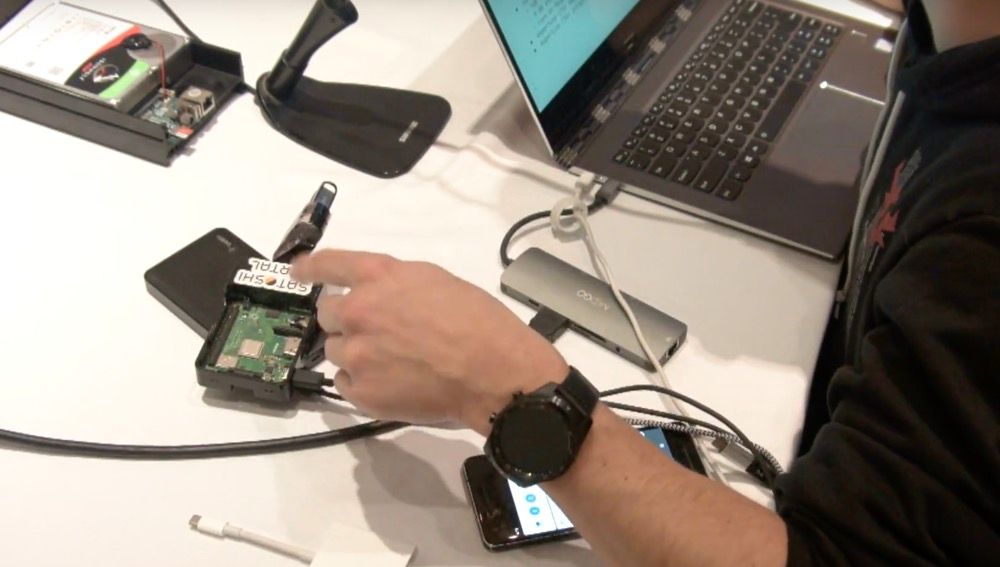 The Nodl Box is a hardware device that supports a variety of Bitcoin applications for one-click installation. Most notably, it allows users to easily run a bitcoin core full node and lnd lightning implementation, as well as a block browser for finding transaction history and a BTCPay server for receiving payments.

In this demo, Nodl Box developer Ketominer demonstrated the Hodl Box and some applications, including the BTCPay server and multiple Lightning Network Wallets.

While all Bitcoin nodes are allowed to pay and create new transactions, the software is more configurable. With this configuration, nodes can be tuned to provide more privacy, or require less disk space, or rely on different security assumptions. Nix-Bitcoin tried to make this configuration as easy as possible.

In this demo, Blockstream researcher Jonas Nick shows how Nix-Bitcoin is used, with a special emphasis on using it on lightning networks. 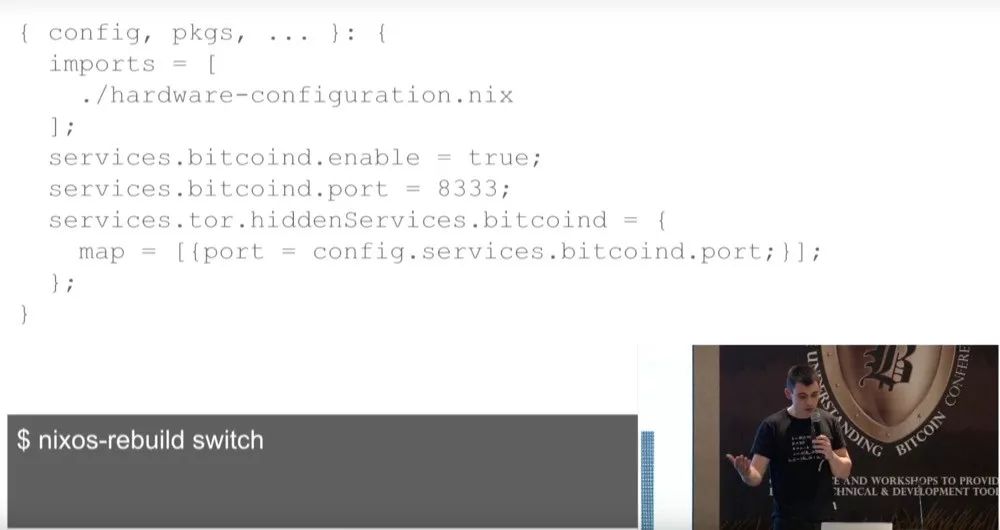 To use a lightning network, the user must first open at least one lightning channel with another lightning network user. However, this requires a regular, bitcoin payment on the chain, which can take several minutes to several hours to confirm, and in some cases even longer. Bitcoin, a bitcoin payment service company, has launched a new service, Thor Turbo, which allows users to instantly open the Bitcoin recharge channel in a quick and unconfirmed bitcoin transaction.

In this demo, Bitrefill's COO John Carvalho demonstrates how to use the Thor Turbo.

Spark is a lightning network wallet for mobile and web browsers that can connect to c-lightning running at home (or on the server). This enables users to fully and securely benefit from fast and low cost transactions on Lightning Networks. Charge is a c-lightning-based payment processing system designed for merchants willing to accept lightning payments.

In this demo, Bitcoin developer Nadav Ivgi shows how to install and use Spark and Charge.

Use the Slush pool and uncover the ant mining machine S9

Mine machines typically use firmware created specifically for them. Usually the mine is connected to the mine for mining, but the mining machine does not necessarily take full advantage of the full potential of the hardware. It is worth noting that although Bitian's S9 miner is technically capable of applying AsicBoost technology, this option is not included in the firmware. Braiins, behind the Slush pool, released the open source Brainins OS firmware last year that can run on mining hardware, leveraging the potential of the mining machine.

In this demo, Braines CEO Čapek shows how to set up the operating system firmware for BitZero S9 Braiins. The demo also shows how to connect the mine to the Slush pool. When using Bitcoin, the user leaves a transaction record on the blockchain. This will allow others to perform blockchain analysis, and eventually the user's true identity can be found through the bitcoin address, which is very unfavorable to privacy. The Wasabi Wallet is one of several privacy-enhancing tools available today that effectively blends a user's digital assets with other users' assets to anonymize everyone's transaction history.

In this demo, Wasabi developer Adam Ficsor demonstrates how to use the Wasabi wallet.

JoinMarket is another available privacy solution today. Just like the Wasabi wallet, users can “mix” their coins together to anonymize the transaction history of everyone. However, users of Wasabi wallets sometimes have to wait a few hours for other users to join before they can mix, and JoinMarket can take effect immediately, because the mixed users are paid to join the mix.

In this demo, JoinMarket developer Adam Gibson shows how to install JoinMarket and how to get it for regular users. (However, the demo does not show how to provide liquidity, which is a bit more complicated.

In this demo, Electrotum developer Chris Belcher shows how to set up and use an Electrum personal server. 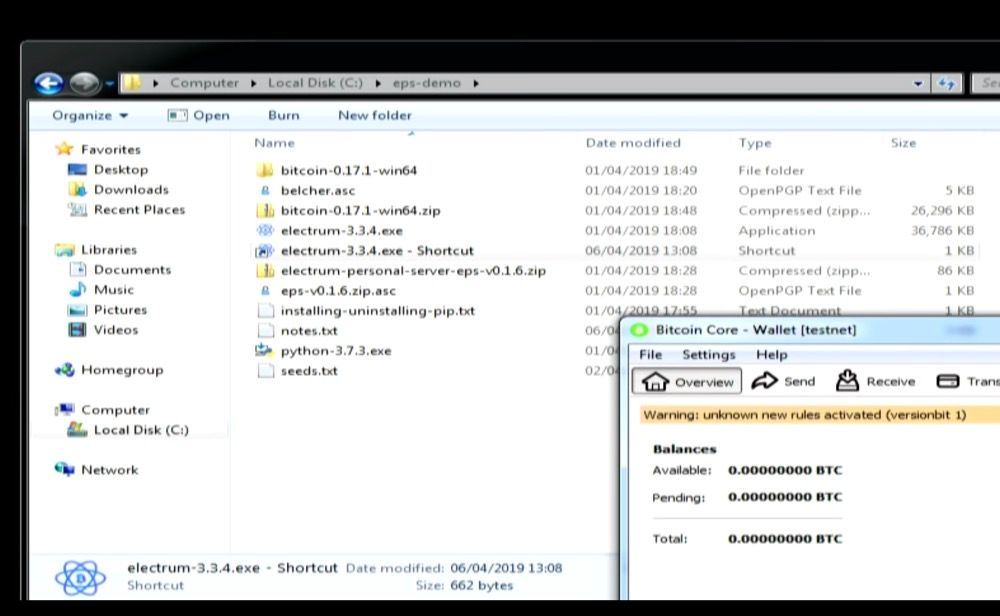 goTenna is a small hardware device that transmits information over radio waves; together with similar devices owned by others, it can create a mesh network system. Combined with the Samourai wallet, goTenna can broadcast Bitcoin transactions locally without the Internet, allowing users with Internet connections to receive and forward to the Bitcoin network.

In this demo, goTenna engineer Richard Myers shows how to send bitcoin transactions via the goTenna network.

The LoRaWAN network is another solution for transmitting bitcoin transactions locally via radio waves, allowing people with Internet connections to receive and transmit to the Bitcoin network. It is cheaper than goTenna, but it is also more experimental.

In this demo, Blockstream engineer Valerio Vaccaro demonstrated the ability to send bitcoin transactions over the LoRaWAN network.

Since bitcoin transactions are ultimately just a few lines of data, they can be sent via any medium that supports SMS. Of course, this also includes SMS, which provides another way to send Bitcoin transactions, allowing intermediaries to receive and transmit to the Bitcoin network without the Internet. In fact, there is a phone number that can do this.

In this demo, SatoshiLabs CTO Pavol Rusnak shows how to send Bitcoin transactions via the Electrotum wallet and SMS.

The Blockstream satellite network broadcasts bitcoin block information and transaction data from space to Earth. This allows any user with a satellite antenna to synchronize with the Bitcoin blockchain without having to access the Internet. This not only benefits users in areas where there is no Internet connection, but also benefits from low cost, high privacy and unregulated.

If you want to watch the complete small partner, please go to [watching needs science online ]:

* The full video may be uploaded to Tencent video afterwards. If the enthusiastic partner has uploaded the relevant video to the domestic video website, I hope to leave a message at the end of the text.

Foreign media: President of PayPal confirmed that Libra will be launched next year