Recently, Libra about Facebook has caused widespread public debates at home and abroad. However, although various seminars are very lively, there is often a phenomenon of “chicken talking with ducks”, that is, lack of effective research consensus. The so-called consensus does not mean that a consistent view must be formed, but rather that there should be a common basis and perspective for discussing the issue.

In this regard, we believe that Libra's hot discussion is an opportunity, no matter how big its impact, we must face the impact of the digital era has been extended from the economic society to the financial sector. It should be said that the digital trend has changed the economic organization model, the social division of labor structure, and the boundaries of industrial organizations. On the one hand, it affects the mode of financial services from the demand side, on the other hand, it also has an impact on the boundaries of the financial industry chain and financial organizations. The possibility of construction, resulting in a large number of emerging financial entities, financial business division of labor and so on. At the same time, corresponding to the digital economy and finance, the entire financial market infrastructure is bound to be deeply affected. The payment and settlement system is the core infrastructure, which requires a new thinking from theory to practice.

We believe that in order to better understand the impact of Libra, we can start from the following perspectives.

The first perspective is the perspective of the monetary and monetary system. We must see the emergence of new digital technologies, what impacts and impacts on the original currency concepts and currency boundaries, and what challenges and problems will be brought to the series of systems that accompany the currency. In terms of the definition of currency in the traditional sense, money may have different functions, such as value scales, storage methods, and trading media. The traditional theory holds that the different functions of money must be combined to form a complete concept of money. Of course, there are also a number of non-mainstream researchers who have caused some discussion in history. For example, the so-called new monetary economics researchers, some of them are to explore whether the currency function can be separated, such as whether the accounting function and the transaction media function can be separated. At the same time, everyone is exploring how to redefine the micro-foundation of money in the new situation. There are probably two ideas for people who look at this aspect of research: first, how to determine the position of the currency in the macro analysis, and second, whether other financial assets may replace the currency.

The second perspective is the perspective of payment clearing. Money and payments have often been mixed for a long time. When we discuss payment, it may be part of the function of money, but the research focus and connotation of the two are not consistent, and sometimes even different. We know that payment clearing is the most important financial market infrastructure, and its connotation is very rich. When we study the payment problem, the types covered on the one hand may include payment systems, central securities depository, securities settlement system, central counterparty, transaction database, etc. On the other hand, the elements considered may include payment functions, payment service subjects, and payment. Accounts, payment supervision, payment system arrangements, etc. In recent years, the rise of payment economics has studied the pricing issues, transaction costs, and principal-agent issues involved in the entire payment transaction mechanism. From this perspective, it is necessary to answer whether Libra has an impact on retail payments, especially cross-border retail payments. If so, how to dissect the internal mechanisms that bring about change. For example, it is based on the original retail account impact under the bank account-based system, or based on the potential impact and impact of the de-accounting and encrypted digital currency structure, which is worthy of our relevant analysis.

The third perspective is the issue of law and regulation. Whether it is studying the currency or studying the experts of payment, it is always inseparable from the discussion of laws and rules. In the past, a group of scholars believed that the existing monetary and financial systems were not natural evolution, but the inevitable result of legal restrictions or government regulation. Under the laissez-faire competitive market conditions, there is not necessarily a currency with two functions: accounting function and exchange means. The two major functions of the currency will be borne by different substances, and the currency exchange in the market. Eventually it will be replaced by "precise barter exchange." In fact, any discussion of financial innovation, including Libra, is inseparable from the changes in the legal environment we face. Objectively speaking, the rapid development of the digital economy and digital finance has already had a major impact on the original legal rules. In the field of financial infrastructure under digital conditions, it is the top priority in the future.

In this regard, what we need to study is what kind of challenges Libra brings to the existing legal rules at the monetary and payment levels, and what development space can be gained in the future changes in possible legal rules. In fact, under the increasingly complex financial regulatory rules of various countries, Libra may be able to obtain some space for “supervised sandboxes”, but the overall outlook is not optimistic.

The fourth perspective is a purely technical and business model perspective. Others believe that although Libra's information is dazzling, the combination with new technologies, especially the application of blockchain technology, does not seem so close. Even with blockchain technology, the indicators in the experimental environment are obviously too optimistic, actually It is even more difficult to achieve in operation. It should be said that in the era of digitalization and financial technology, new-generation information technologies, including artificial intelligence, big data, interconnected technologies, distributed technologies, and security technologies, have already had a profound impact on the financial system, and have completely changed financial institutions. Financial products, financial markets, financial rules. In such a large historical context, what kind of new technical features are embodied in Libra is another important research perspective. Correspondingly, from the perspective of an Internet product, whether Libra brings challenges to the existing Facebook business model and business logic, whether it prompts more involvement in the financial field, etc., deserves our deep thought. Based on this, we have not fully observed the technological advancement behind Libra, and it seems to be more reflected in the transformation of business models.

All in all, we must avoid big changes when we study Libra. We should focus on the issues we need to discuss on the same context, and then continue to deepen. Otherwise, when the study is not based on a latitude, then there will not be too many valuable conclusions. In summary, although we believe that many of Libra's influences are overestimated, it has caused such widespread and historically few concerns, which itself illustrates the problem, that is, in the face of the advent of the digital age, the transformation of digital financial infrastructure has been "Blowing the face." We must use this as an entry point to delve into and analyze the theoretical, policy, technical, and practical logic behind it. 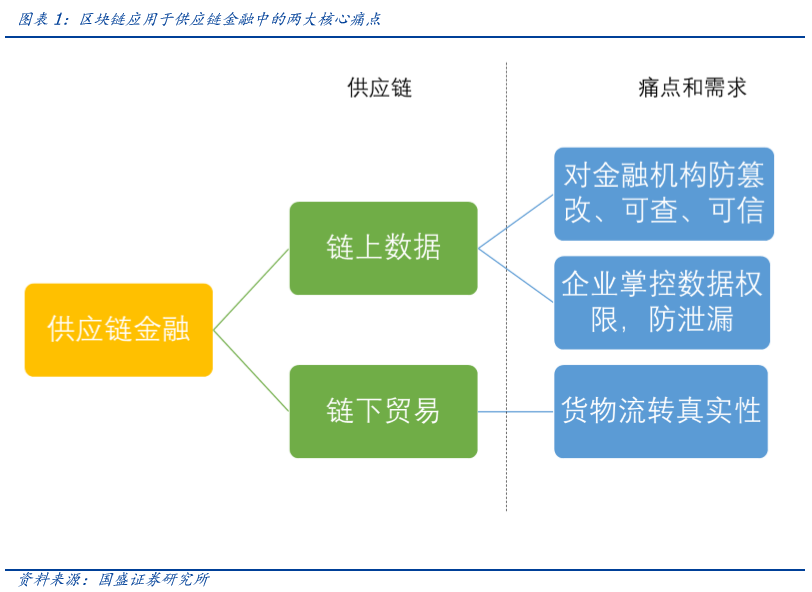