"Reverse refers to the king" Goldman Sachs milk was once again fulfilled, counting those "goos"

The Goldman Sachs "reverse the king" throne is sitting still. With Goldman's view that "the bitcoin is bullish to nearly $14,000 in the short term" spread, Bitcoin fell sharply last night and sideways around $10,900, and the devil's demon turned out again.

Over the years, there have been many counter-indicators (often guessing wrong) and famous mouths (often guessing the trend). In addition to Goldman Sachs, Fundstrat Global Advisers co-founder, famous bitcoin long Tom Lee, US financial media CNBC is also in the anti-finger column; in the name of the camp, there is the cryptocurrency rating agency Weiss Ratings.

"Reverse refers to the king" Goldman Sachs: It was fulfilled last night.

The opposite is the meaning of the reverse indicator. Take Goldman Sachs, the top investment bank on Wall Street, as an example. It says what it is up and what falls, investors can just reverse the operation. 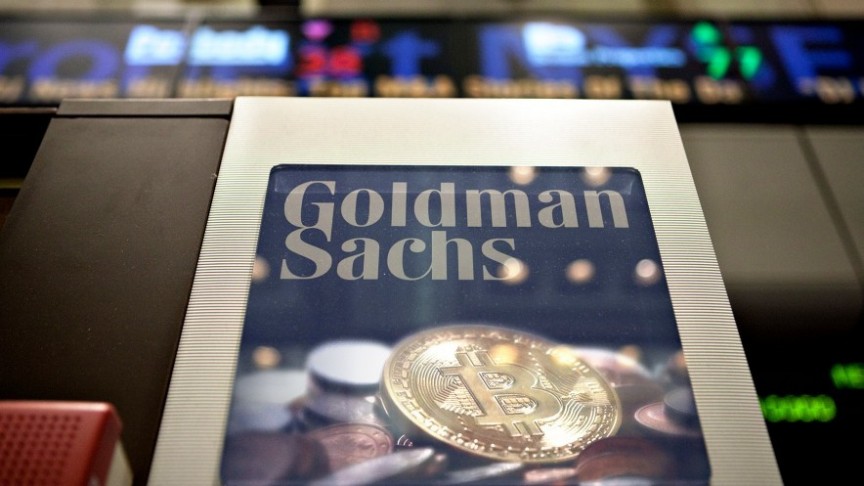 Recently, Goldman Sachs analysis said that in the short term, Bitcoin is expected to rebound from the support level of around 11,094 US dollars, and the rebound space can see 12,916 US dollars to 13,971 US dollars. This means that Bitcoin has more than 20% upside from its current position. When this point of view comes out, the market has a gossip saying that bitcoin is the rhythm of falling.

Sure enough, with the easing of Sino-US trade relations last night, Bitcoin officially completed the effective fall of the downward trend line of the triangular structure that has been formed since the beginning of this month, and the market is falling below the key support of 11150. The bottom-line signal at the mid-bit level of Bitcoin was once again destroyed, and the market hopes to restart the rally hope to fall again.

Goldman Sachs’ counter-attacks have been watched by the market for a long time. Although it has a very low qualification in the cryptocurrency industry, the tainted milk function in other markets is very good. Take the foreign exchange market as an example. In early January, Goldman Sachs suggested shorting the US dollar on the grounds that the Fed gave up its position of steadily raising interest rates. Although the US dollar did fall afterwards, the position of the other central banks was no longer so strong, and the US dollar began to rebound in February. Goldman Sachs still does not give up, saying that the dollar will return to the decline. But for now, the strong position of the dollar remains.

The "counter-finger" of the digital currency world

In addition to Goldman Sachs, the digital currency world has given birth to a lot of counter-attacks in recent years. Tom Lee , co-founder of the famous Bitcoin bulls and Fundstrat Global Advisers, is one of them. 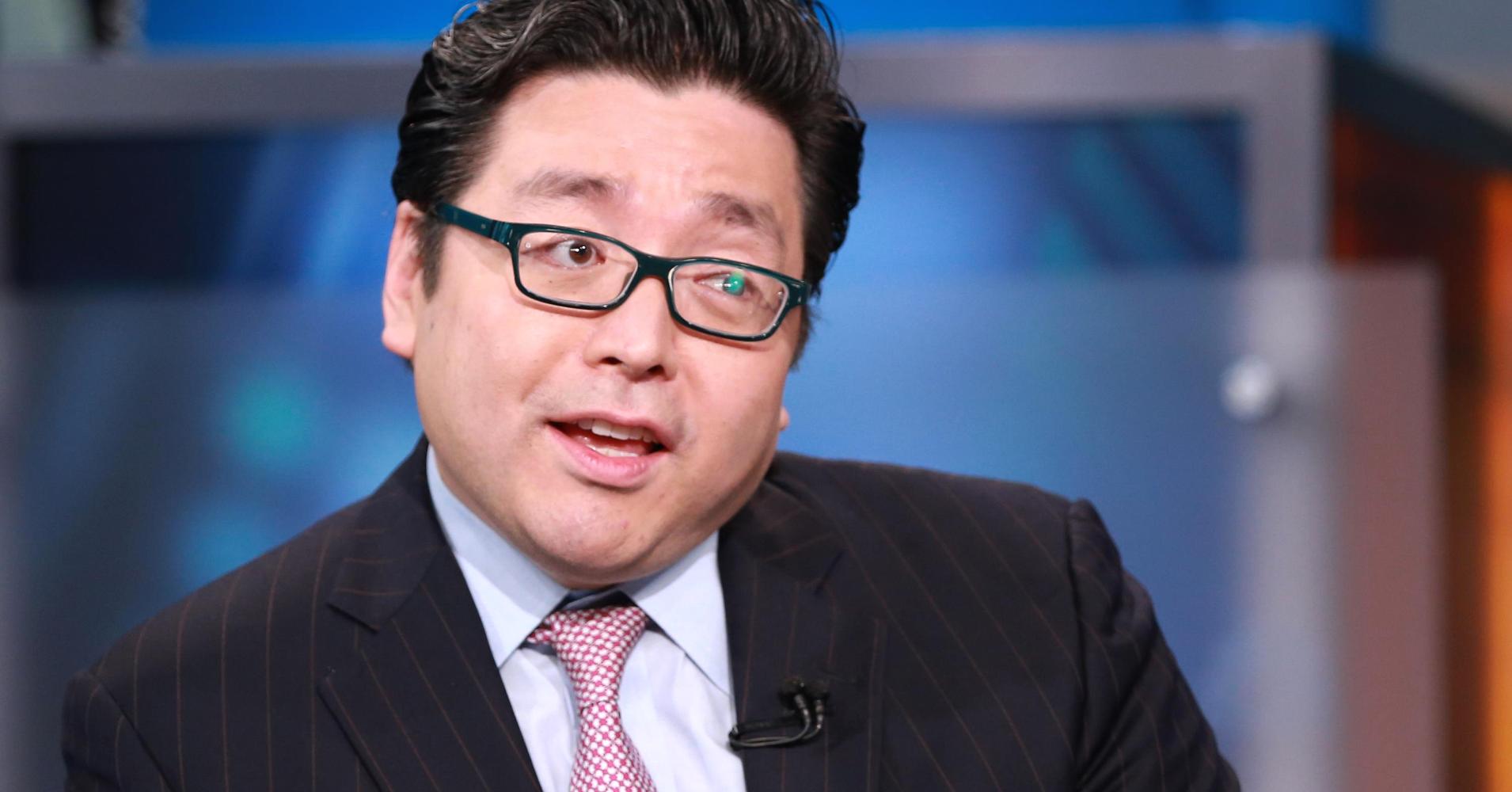 In the desire of "the general meeting once," Tom Lee was nicknamed the anti-finger, but he continued to "sing multi-bitcoin" in public. Tom Lee also hoped that Bitcoin's gains would be for young people. He said that bitcoin will eventually rise to ten million dollars in one day, and the biggest rising power behind this comes from the "millennials", that is, after the 80s and 90s.

Of course, sometimes it is a bit exaggerated. In July, he said in an interview that Bitcoin would rise 200-400% in the next four months, which means that Bitcoin could reach $20,000 to $40,000 sometime in the fourth quarter. In fact, when the bitcoin market was "freezing" last year, Tom Lee predicted that Bitcoin would go up to $20,000, but it has not been realized so far.

The US financial media CNBC is also considered to be the famous counter-finger of the currency circle. This may be related to the frequent invitation to other counter-referential opinions. Tom Lee is often a guest of CNBC.

In February of this year, CNBC quoted futures options trader Jim Iuorio as saying that bitcoin would collapse at the $4,000 mark. And the market "ruthless face" CNBC and Jim Iuorio. Since March, bitcoin has been in a hurry, and once stood at the $12,000 mark, the increase was around 200%. Mentioned by Jim Iuorio , the trader who is also a CNBC contributor is also a counter- intuitive . In June 2018, he publicly stated that bitcoin prices were stable and optimistic, indicating a big outbreak. However, the reality is that Bitcoin only touched $8,200 in mid-July, and then blew it down during the year, down to around $3,200. In July of this year, when the bitcoin market oscillated at a high level, he came out again that the fluctuation of Bitcoin was fierce, which meant that the asset class had already been eliminated. 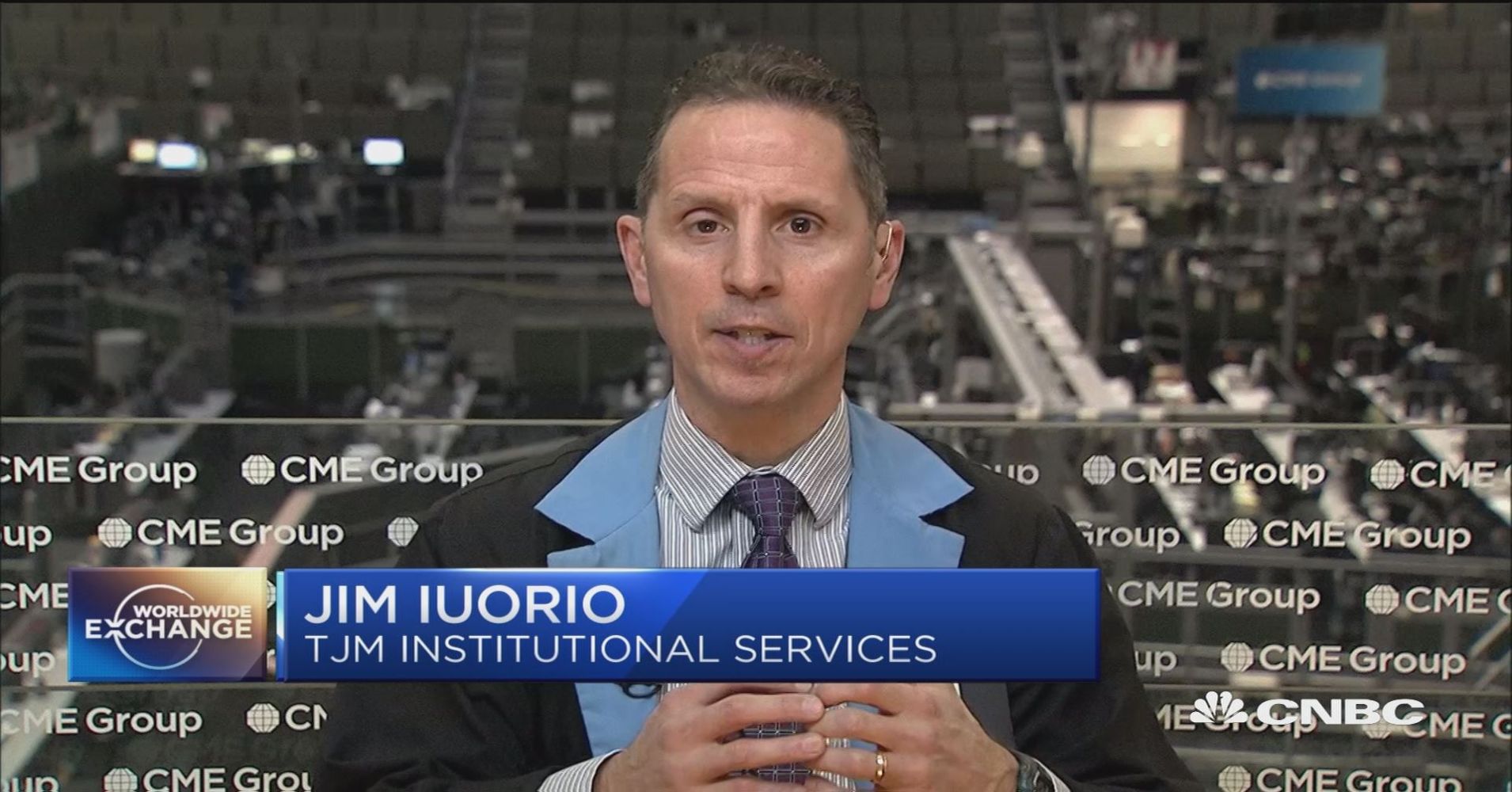 On the other hand, China has also been chosen. On July 7 last year , Zhao Dong , the founder of DGroup and a shareholder of Bitfinex, said on Weibo that the currency market was not a few days after the fall, and then the bitcoin rose from $6,000 to $8,500 in two days. 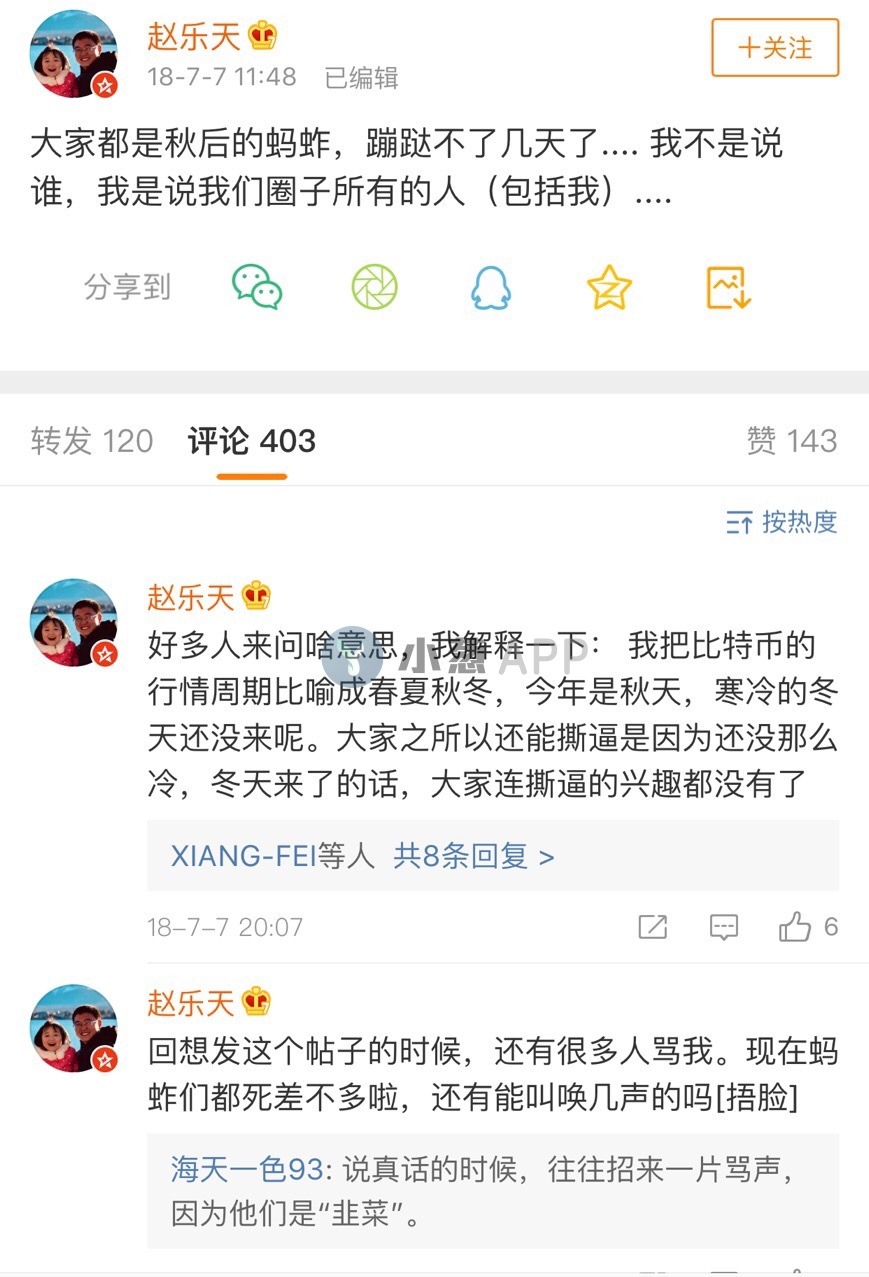 On August 7, Zhao Dong said on Weibo that in the month, Bitcoin should also rebound. After that, Bitcoin fell from $7,100 to around $3,200 at the end of the year.

Counter-referents are not necessarily all people. As a famous counter-referent, ETC also has a great influence in the currency circle. Industry insiders have concluded that the ETC has risen and the cryptocurrency market has fallen.

At the beginning of 2017, ETC began to appear inconsistent with the market's ups and downs, sometimes even later than the market for a few days to make up. On September 1st of that year, ETC suddenly rose more than 22% without any movement in Bitcoin. Three days later, the "May 4th" incident broke out in the currency circle (the central bank urgently stopped ICO and characterized it as illegal, and the market evaporated billions of funds on the same day), and the mainstream cryptocurrencies such as Bitcoin and Ethereum fell to the freezing point. This is considered to be the representative work of ETC.

ETC's similar counter-finger has been more than once. Taking December 27, 2018 as an example, ETC alone rose by 14.74% against the trend. At the same time, BTC and ETH fell simultaneously. Since then, ETC has been sealed as a "doomsday chariot."

The "name" of the digital currency world

Weiss Ratings, a cryptocurrency rating agency, is considered a compass for currency investment. It announced in December last year that bitcoin prices have reached such a low level, and now is a good time to buy. 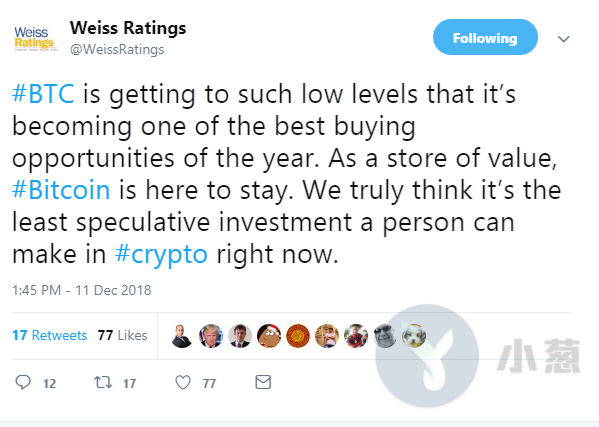 At that time, the price of Bitcoin was $3,430, which was indeed at a historical low.

Weiss Ratings not only has research on the market, but also has authority in the industry dynamics. It posted on March 2 that Facebook is developing encryption tokens for WhatsApp, Instagram and Messenger, which will be released in about four months. Its function is probably like using PayPal. 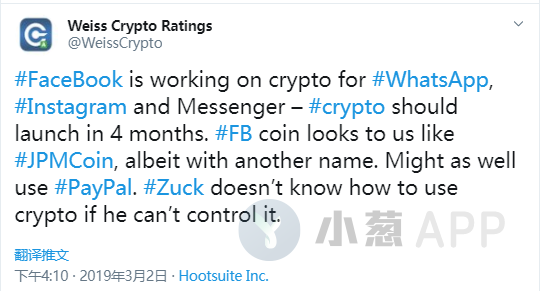 Sure enough, Facebook founder Zuckerberg said in March that he would enter the cryptocurrency industry; in June, Libra released a white paper to announce Facebook's move to create cryptocurrencies. These time points are in the previous forecast by Weiss Ratings.

In the currency circle, there is also a name called "a netizen" , just like the "sweeping the earth" in the world of rivers and lakes. The picture below is the view of a netizen. TA believes that December 15 last year was the bottom of the currency circle, after which the market will recover. TA also details Bitcoin's price roadmap for 2019 to 2020, including: 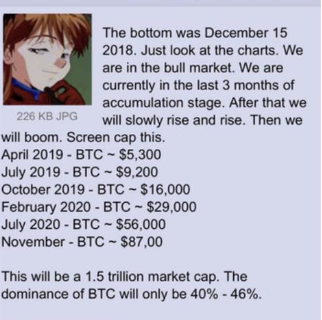 Whether it is the powerful "anti-finger" of the poisonous milk, or the "name" of the currency of the emperor, the market needs a serious attitude and a solid foundation, rather than the tone of the rudder and the public.

Attacking DApp: What new things will grow on the blockchain?