Abstract: Recently, the continuous increase in USDT (Tether) prices has attracted public attention. The USDT off-market price once reached 7 yuan, and the premium rate was as high as 4.35%.

Recently, the USDT (Tether) price continued to rise, causing public concern. The USDT off-market price once reached 7 yuan, and the premium rate was as high as 4.35%. 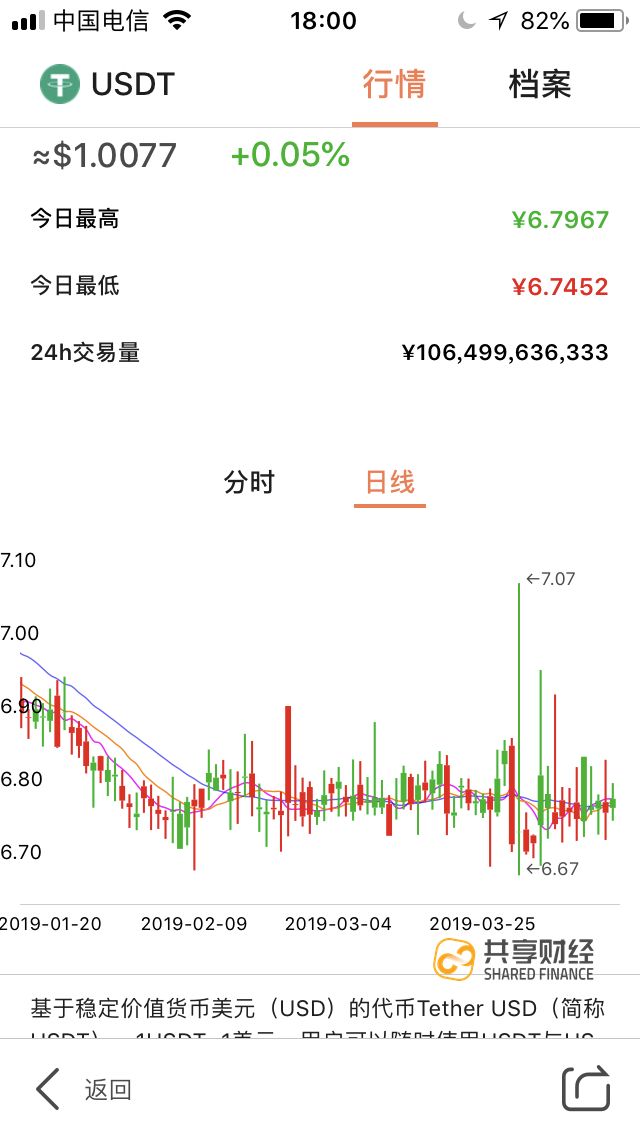 Not only that, but USDT's publisher Tether added more than 60 million USDTs on April 9. It was a normal thing, but it once again sparked a lot of discussion.

As we all know, at present, USDT has become the basic anchoring currency of the mainstream exchanges, with a circulation of 2.5 billion US dollars, the price is basically stable at 1 US dollar, which is why many domestic investors put the USDT and the US dollar equal. .

At noon on April 2, Bitcoin suddenly skyrocketed without warning. It quickly rose from $4,200 to $5,000, and a 20% explosion within an hour made everyone unprepared.

In the next few days, the major currencies in the market have risen to varying degrees. Ethereum has risen more than 10%, and the price of more than 20 cryptocurrencies, including BCH, has more than doubled.

At the same time, when people were attracted to a thriving market, USDT also unknowingly rose.

On April 3, the USDT off-market minimum purchase price was 6.89 yuan, which was 2.48% higher than the exchange rate premium of 6.7233 yuan against the US dollar.

On April 4th, the lowest price of USDT purchase on the OTC was 6.93 yuan, the exchange rate of the US dollar against the RMB was 6.7114 yuan, and the USDT off-market premium rate had risen to 3.26%.

In the following days, the USDT premium rate stabilized above 3%. On April 8, the USDT over-the-counter transaction price reached 7 yuan, and the premium rate was 4.35%.

Stabilizing coins are not always stable

In fact, in October last year, the USDT also had an unprecedented collapse.

On October 15, 2018, the USDT, which had been running for five years, plunged 8% in 2 hours, which was astounding. The reason is mainly because the negative news of Tether caused a large number of USDTs to be sold.

At present, the stable currency is mainly stabilized by the following three methods.

The USDT is an earlier issued stable currency that is pegged to the US dollar. The USDT is issued by the centralized Tether company. Tether promises to strictly abide by the 1:1 reserve guarantee, that is, for every USDT issued, the bank account will have 1 US dollar as the guarantee, and the user can fund the Tether platform. Query to ensure transparency.

For the USDT premium, most industry insiders and investors still hold a positive attitude.

Since March 2019, although the entire cryptocurrency market has not been recognized as a conversion of bulls and bears, the spring is full of awareness among all practitioners.

The platform coin and IEO concept have ignited the entire currency market. The model currency has become popular. Even the Gate Exchange, which claims to have never issued a currency, has started to issue coins. It has followed the general trend of the mainstream currencies.

Many industry insiders believe that the recent USDT over-the-counter price continues to rise, and the potential situation reflected by the high premium is also obvious. The incremental funds are entering the market. The funds are profit-seeking, which shows enthusiasm for the follow-up market, the bulls are more powerful.

Even many people said that the difference between USDT and USDC, PAX and USDS is large, and there is a short-term arbitrage opportunity.

Of course, bitcoin prices are difficult to predict, and the USDT premium is a factor worth considering.

Old students often talk about the issue of USDT

However, such a vibrant scene does not obscure the problems of “hidden in the corner”.

On April 9, DGroup founder Zhao Dongfa Weibo said that one day, it was observed that the new circulation of USDT was more than 60 million, which should be the biggest increase in 2019. The increase or decrease in the total amount of USDT represents the increase and decrease of funds in the digital money market, which is closely related to the bulls and bears.

After the news broke out, many investors pushed Tether to the forefront because of the USDT's over-question.

After all, the USDT has been controversial all along. The focus of the dispute is mainly that the USDT does not have a regular audit plan, the centralization is serious, and it is suspected that the US dollar reserves in the bank account are not transparent enough.

This has to remind us that in February 2018, an audio file of Tether and Bitfinex senior officials was circulated on the Internet, saying that Tether repeatedly sent USDT for the purchase of Bitcoin and created “a large amount of assets for investors, Bitcoin. The illusion that prices will continue to rise, in which Tether does not have to pay any cost, this incident once caused USDT and Tether to fall into the whirlpool of public opinion.

For investors, this time again doubts about USDT. Zhao Donglian said on Weibo that if he really understands the release mechanism of USDT, he will know that the so-called "USDT Super Hair" is completely thought of as a leek.

We assume that BFX (Bitfinex) uses the over-supplied USDT to pull the coin to buy the coin. Then, when the USDT is over-issued, the USDT should be at a negative premium for the USD, that is, the USDT will depreciate because it is pulled by the USDT. Not USD.

In fact, the market capital inflow caused the USDT to rise, and BFX only issued USDT sells to the market to maintain the USDT relatively stable. Conversely, when market capital flows out, it will cause USDT to fall against USD. At this time, BFX will recover USDT to market USD. Throughout the process, BFX can make steady money without over-issuing USDT. 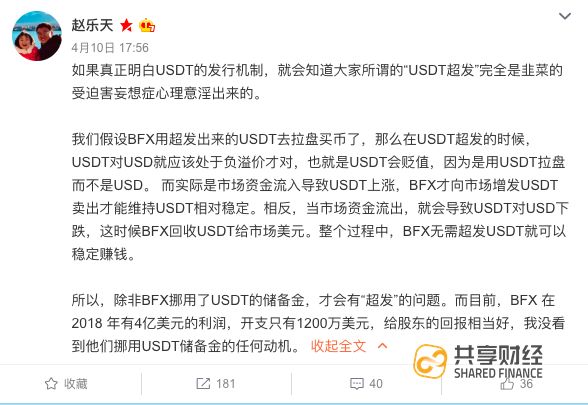 Zhao Dong also said that in the past few days, USDT has continuously issued a total of 300 million US dollars. Although it has collapsed a bit today, as long as the USDT continues to issue additional shares, it means that the funds continue to enter the market, and the probability of a sharp slump is low, but it does not mean no. may.

But Li Xiaolai, the founder of Bit Fund, doesn't think so.

On April 11th, Li Xiaolai forwarded Zhao Dong’s previous microblogging, ““USDT Super Hair” was completely delusional” and commented that it was naive. The "counterfeit banknotes" in the blockchain world are currently theoretically at least 1/3.

In addition, Li Xiaolai also forwarded Weibo users' comments on "Does the USDT have a super-issue" and agreed.

Weibo users said that other exchanges can use the USDT to buy real BTC in the platform, and users will not collapse if they do not run USDT and use the OTC method to sell USDT on the platform. The USDT is very likely to be used by BFX for lending, so the last USDT was added as “the sum of all accounts receivable”. As a deep skeptic, I think there are bad loans for borrowing and bad debts. Pond's.

Some netizens commented on Zhao Wei's "USDT Super-Facilage is a leek". Weibo said that the over-issued USDT is divided into three parts, and part of the zero-cost pull, earning chips while stimulating the market demand for USDT, resulting in a premium. Two high-priced ones are sold to retail investors, and then the chips that are obtained at the cost of 0 are sold, and the price is again premiumd due to the bargain-hunting effect, and the third USDT is sold at a high price.

In response to this comment, Zhao Dong replied on Weibo today: "Crumbling, using USDT to pull the disk will cause USDT to depreciate against the US dollar. How can it sell the USDT premium again? Which of the spamming currencies does not depreciate?"

In stark contrast to the USDT's high price and enthusiasm for the renminbi, the data shows that the US dollar has remained stable to within 1% of the USDT in the past month.

The premium of the RMB to the USDT is high and is understood as the entry of new RMB funds.

In short, the USDT continues to rise and premium, reflecting the current state of the cryptocurrency market and providing a positive signal for subsequent market recovery.

To some extent, stable currency is an alternative barometer for the cryptocurrency market. Because of this, for the USDT super-issue, the voice of market doubts has always existed, and it is expected that the future will continue to be controversial for a long time.

It is impossible for Tether to display all the data in a transparent and transparent manner. It is difficult for users to find out the direct evidence of Tether's non-compliance. We can only say that the benevolent sees the wise and sees wisdom. 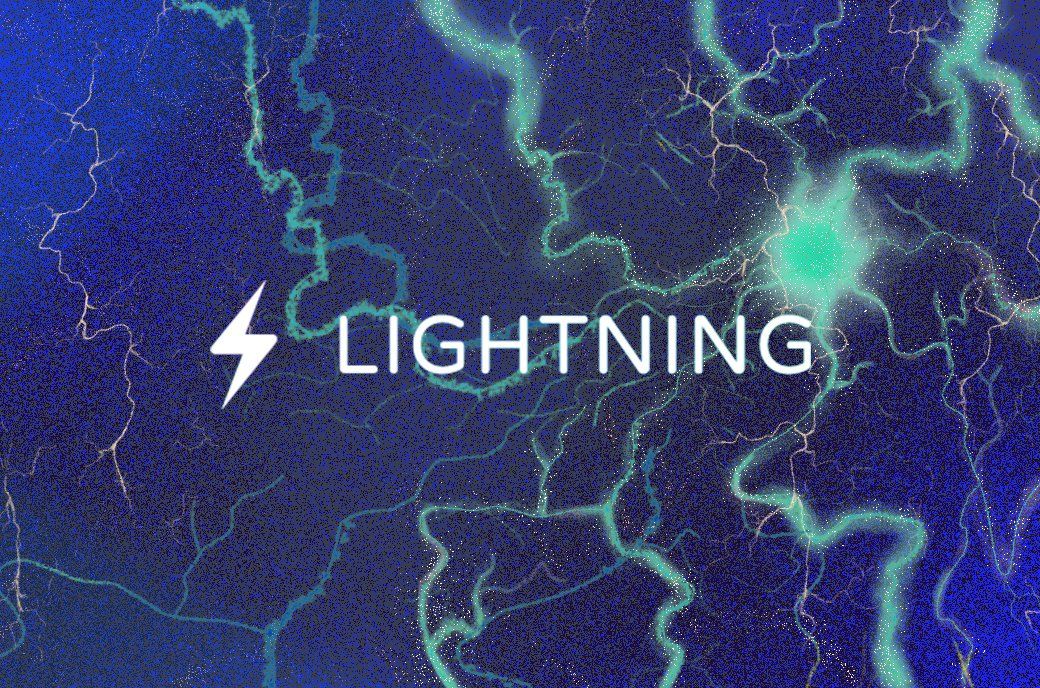