Writing a white paper is easy, and landing technology is difficult.

Since the second half of last year, many star public chains have ushered in the main online line, but whether it is the EOS that has been highly anticipated, or the wave field that is arguing with the controversy, or another batch of public chains: Gongxinbao, NEO, Nebula Chain, IOST… This year, these public chains are particularly "low-key."

Especially in 2019, with the concept of a new generation of public chain, people's eyes began to shift from EOS, wave field and other projects to Cosmos, Poca, Algorand, Nervos, Dfinity and other "born" more dazzling public chains. Cross-chain, PoS, and Web3 have become new hotspots for people to pursue.

The projects that had gathered the spotlights seemed to have lost their light overnight.

Only when the craze is gone and the bubble bursts will it be known who is getting the tide and who is swimming naked.

Public chain: from the castle in the air to the landing of the entity

The main online line of the public chain means that the original white paper's vision began to enter the stage of virtual reality, and technology has become the standard for testing the success or failure of the public chain. The quantity and quality of DApp based on public chain development are important indicators for landing. According to Dappreview's previously published data report for the first half of 2019, in the public chain of its statistics, the total number of DApps in the first half of the year was nearly 3,000, the number of new DApps reached 1,114, and the total transaction volume in the first half of the year reached US$11.1 billion. From the perspective of public chain data, specifically, Ethereum, which is based on the first-mover advantage, is far ahead of both the total number of DApps and the number of active DApps. EOS is excellent in terms of the number of new DApps and the number of active users. Ethereum and the wave field public chain are in the same league, followed closely. This year, it has been taken into consideration by the major DApp data statistics websites, as well as the IOST of the main online line in February this year, and the earlier Nebulas (the nebula chain), Ontology (ontology), NEO, etc. This part of the public chain does not seem to have continued the DApp frenzy triggered by the wave field and the EOS main online line in the second half of last year. “What do you think is the progress of IOST since the project was launched at the end of 2017 and the main online line in February this year? What does it expect to leave people with?” When the problem was thrown to IOST co-founder Ray Xiao, he first After asking 31QU's opinion, after answering, he replied in an orderly manner: "First of all, IOST's team background can be said to be relatively orthodox. Secondly, when the public chain develops to this time, it has reached the stage of talking with products; Unlike the wave of high-profile propaganda, IOST's relatively low-key approach does not mean that the team has not done anything. We have lengthened the front line and made a long-term reserve." Ray Xiao's statement reflects to some extent the same period as IOST. The general status of the chain: In the early years, most of the well-known colleges and universities background blessings, well-known investment funds endorsement, seemingly bright future, but as time goes by, people's concerns have shifted from these glamorous backgrounds to the application. The industry is constantly emerging as a rookie, people's eyes are drawn by the more sturdy public chain team. For the public chain players of this period, how to highlight the encirclement has become an important issue, and building a public chain DApp ecology is an important part. .

Cost-effective
According to 31QU, there are not a few DApps that have been affected by the cryptocurrency bear market from the end of last year to the beginning of this year. Many development teams have to leave the chain tour track for a while, and have previously claimed to be a big company to enter the blockchain. Many of them are also rushing back. For the question of whether the chain travel team can make money through DApp, MBJ, the head of IOST market, thinks that it cannot be generalized. “There is a certain percentage of the team's profit. We didn't do research, but according to our contact situation, there is indeed a team that earned through DApp. A lot of money. " " Sometimes we are quite strange, some chain tours, such as the previous IOSTPlay, they pre-sold all kinds of skins, props, there will be users pay, in this case, the team can sell NFT assets Profit. Relatively speaking, a small casual game like a jump, the team may earn less."
He told 31QU, "Some chain tours may make money in 2-3 weeks, but if you stretch the cycle, it doesn't look very profitable. This is also the case." 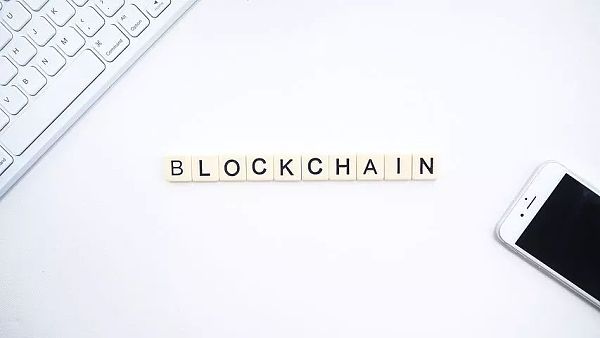 “On the other hand, some DApp teams use it to promote expenses, and the public chain will provide a large part of the funding.” That is to say, this part of the spending team can be saved. He believes that the team can make money. In the end, it still "is due to whether the game is fun." “If it is a project that is confirmed as IOST support, we will assist in operations, planning marketing activities, finding media, helping the community, community diversion, etc.” He told 31QU that the IOST team is also deeply involved. DApp project. “Some good projects want to be deployed to IOST. Officials can provide technical support, such as assisting in the modification of smart contracts. If necessary, they can also face-to-face; sometimes the team will provide DApp teams with partially mortgaged resources and even some operational support. IOST has its own media resources, can provide DApp announcement support, and even provide advertising space, etc. For the public chain team, this part of the investment will not bring short-term benefits. “Why is the public chain still willing to invest resources to support DApp? The main reason is that the current public chain is still in a very early stage, the public chain needs users, the team needs to support developers and even users.” He added, “We hope that players will become districts first. Blockchain users, and then become IOST users." In order to prosper the DApp ecosystem, the major public chains have to make a surprise. It is understood that the public chain including the wave field, the nebula chain and so on have held similar developer contests, and many excellent DApp projects and developers have emerged. “The price/performance ratio may be the point that IOST focuses on.” MBJ told 31QU that some public chains would cost hundreds of tens of millions of hackathon events. At this stage, they will feel lower cost performance.
"Even if it is a very good concept, if the products come out, there is no corresponding resources to land, or even the growth of users. Such projects are only earning money for the public chain, and there is no practical significance for the ecology. We Try to avoid this situation."

IOST's public chain journey
In fact, IOST is not a new public chain project. As early as December 2017, IOST, the most powerful ICO project in history, opened the crowdfunding road. In the white paper, not only the endorsements of blockchain funds such as DFund, LinkVC, and Node Capital, but also the traditional funds such as Jingwei Fund, Jingwei China, and Sequoia Capital are also listed. The eye-catching technology and college background have enabled the IOST team to successfully raise billions of dollars, and at one time, there are no other things. In March last year, IOST was questioned by the media as a financing vest for another startup project, “Dora Print”. Gaochun Capital, Xu Xiaoping’s investors and institutions were also involved. However, the doubts of public opinion did not allow IOST to leave. On February 25 this year, IOST announced that the main network Olympus v1.0 was successfully launched, which was earlier than the original plan of 6 months. At this point, the underlying blockchain project dedicated to providing high TPS began to enter a new phase. No matter which public chain, after the main online line, basically all around the technology, 2B is a very important direction. It is understood that this year, IOST disclosed the 2B end cooperation, including the drone company EHang (EHang), Green European Art Society living room, public welfare brand Mantra, etc., to do the commodity information on the chain and traceability.
On the other hand, according to official disclosure, IOST established a $50 million fund BlueHill in June last year, specializing in IOST cooperation projects, DApp incubation and blockchain technology innovation, including the launch of several gambling games. Endless Game team.
“We have done a small-scale user questionnaire in the community and found that many users of IOST are from the southern cities of the third and fourth tiers. Their age is 25~30, 35~45 years old, 60~70% of them are male. They are quite fit for some casual, 80- and 90-year-old games.” MBJ said that this is why IOST will work more with some mature traditional gamers.

For many public chains that raised huge amounts of money in 2017 and 2018, it is now time to hand over the staged answer sheets. As for those projects that are packaged in glamorous and bright, can you meet the expectations of the white paper, and it has already begun to appear after the main line of the public chain. From the current situation, many of the public chains who shouted beyond Bitcoin and overtaken Ethereum did not achieve what they wanted.

Disclaimer: All original articles of "31QU" must be authorized by "31QU". Reproduction is prohibited without authorization.