On June 18, 2019, Facebook joined forces with more than 20 organizations to officially announce the white paper on the encrypted digital currency Libra. What are the different Libras? Why is it called the future currency? Where is the innovation highlight? What impact will it bring to our lives?

To answer these questions, you need to at least understand: the history, current status and future of the monetary and financial system; what new financial infrastructure Libra has built; Libra's new legal regulatory system; Libra's big country game and privacy war Libra How to create new systems with new technologies and so on.

Babbitt put together the best ideas at the press conference and shared them with everyone.

Nowadays, monetary behavior, currency forms, and currency circulation are changing. Libra may form a new form of value wealth, which will have a major impact. Because Libra gives you coins, you have to give Libra coins. When people around the world feel that Libra is the best form of wealth storage, your money is not in the bank, but in Libra. When the world's wealth exists in Libra, the Libra organization will become the world's largest wealth stock organization. Unlike Bitcoin, which is centralized, 100 nodes are also centralized, which can issue currency to the world. Whoever controls this institution controls the world's wealth. This seems to be a currency issue, which may be a national political issue.

Therefore, Huang Jiangnan suggested: "China may not be the first country to launch an international digital currency, but when Libra is launched, China will launch our digital currency in the first place. The world cannot be ruled by one force. At least there must be a counter-power. In the world, only China has this possibility and this kind of power. If China launches its own Libra, it will certainly be supported by countries around the world."

Zhu Jiaming: Libra brings the theory and practice in the monetary field into a new era of more diversification

At the meeting, Zhu Jiaming delivered a keynote speech on "The Impact and Challenge of Digital Currency on Classical Monetary Theory and New Monetary Theory." He believes that Libra's greatest contribution is to let us understand the core ideas and basic logic behind classical money theory and modern monetary theory from a deeper historical perspective. For example: Is the currency neutral? How is the currency illusion formed? Is there an "optimal amount of money"? These issues have long been controversial and inconclusive. Because of the emergence of digital currency, many problems in monetary theory have become more complicated. "Because of the emergence of bitcoin, Libra and other digital currencies and blockchains, the theory and practice in the field of money will fully enter a new era of more diversification. In theory, the theory of quantity of money, Keynesian theory, the combination of the two, As well as the new monetary economics, coupled with the digital currency theory triggered by digital currency, will coexist. In the real monetary and financial activities and economic life, the dual-track system of coexisting sovereign and non-sovereign currencies, the coexistence of physical and virtual currencies The duplicate system will coexist."

Wang Wei: The central bank of the world regards Libra as a threat, but it is reasonable and legal.

Really successful innovations are the result of dialogue and compromise with regulation. The identification of market economy and civil society is to establish a fair and transparent game environment. Regarding Libra's financial innovation, it is reasonable to pay more attention to scene technology and avoid moral evaluation.

"After Libra came out, we are paying attention to how the US regulation is going to play. The core of it is payment. It also mentions the moral high point of inclusive finance, and it hits a country's soft underbelly called cross-border, it is still P2P, and mentioned 100% reserve, its core is the cross-border currency that competes with the legal currency, super-sovereign currency."

Wang Wei believes that Libra's clever response to the regulatory game has forced the Fed to accelerate regulatory innovation on digital currency. Although central banks around the world regard Libra as a “significant threat”, there is no way to stop it directly because Libra itself is legitimate and legitimate. Libra's wisdom in regulating the regulation is worth learning by Chinese innovators. Wang Wei said that the business circle, technology circle and financial circle may enter the new "Spring and Autumn Warring States" era due to the emergence of Libra.

The institutional stable currency represented by Libra faces new currency competitions affected by four factors: speed, safety, regulation and monetary policy. Organizations such as the Federal Reserve will actually support Libra because Libra is partly a service to the US government and is a digital dollar. To fight against the digital dollar, only digital gold is available. But he believes that Bitcoin is not digital gold, only digital currency that is actually issued based on the US dollar is counted as digital gold.

At the national level, the central bank is going to issue digital legal currency, and private companies, such as Facebook or commercial banks, like the digital currency issued by companies like JPMorgan Chase, are the second army. What about these two digital currency? It is the "big brother with the younger brother", but the younger brother can enter the world as a pioneer and enter the place where the legal currency cannot reach. China can ban Libra, but ordinary people can still open Libra's account abroad. why? Now send money to any country, queue up for an hour at the bank, fill in the form for half a day, and finally ask why the money is transferred? If you use Libra to send money for 5 minutes, you will receive it. There is no way to fight this kind of thing. Don't say that this kind of thing is forbidden. This is a commercial behavior. Why not compete?

Meng Yan provides a unique perspective. If Libra is regarded as a social economy application, what kind of consequences will this kind of certification incentives lead to? In the Libra system, the coin is the average user who pays for the purchase of Libra, rather than 100 nodes. Ordinary users are coin-operators, but they do not receive a coinage tax, but they have to pay a coinage tax. Therefore Libra's coinage tax incentive is negative. But the negative coinage tax incentives are feasible because Libra provides liquidity on a global scale. The negative coinage tax that users are subject to is actually paying Libra's global liquidity premium.

So who got the coinage tax? Underwriters. The Libra Association's main income comes from transaction fees, not coinage taxes. The coinage tax paid by ordinary users is mainly shared by the underwriters network. The underwriters are actually a key player in the Libra system. This arrangement will lead to a large, pervasive Libra distribution network.

Under the design of such a system, there will be a consequence that the distribution of the entire coinage tax will be distributed along the regions where there is a demand for global currency liquidity. The more the domestic currency is unstable, the more the Libra's liquidity demand is, the more the large coinage tax difference appears. As a result, Libra will naturally form a state of unbalanced coinage tax in the world. This is what we call a new currency war.

Long Baixuan: The internationalization of the US dollar and the super-sovereign currency such as Libra are the biggest challenges of CBDC.

Long Baiyu compared the design patterns of central bank digital currency (CBDC) and private digital currency. He believes that CBDC is a token-based system that is accessible to all entities and supports a form of central currency that requires independent monetary policy tools for retail payments, cross-border payments, and interbank clearing.

He believes that the biggest challenge CBDC currently faces is the internationalization of the US dollar and a more confusing and technologically advanced super-sovereign currency like Libra. Accelerating capital account convertibility and sharing coinage rights with friendly countries through CBDC is an option for CBDC to address challenges.

He also pointed out that China Libra-x, except for the issuer and CBDC, has almost the same function and positioning. Therefore, it can have such characteristics: (1) Libra-x is a cryptocurrency stable currency issued by the Libra-x Association of the Enterprise Consortium, which is consistent with the face value of other forms of RMB currency (such as cash and bank deposits) (ie, maintaining parity parity). (2) Libra-x allows for a wide range of access to entities, including commercial banks, non-bank financial institutions, homes and companies; (3) Libra-x is a token-based system; (4) Libra-x is a Interest, under reasonable assumptions, can pay interest different from central bank reserves; (5) Libra-x supports cross-border payments; (6) Libra-x's issuance mechanism supports a wide range of eligible collateral, including renminbi treasury bonds and Sovereign debt, foreign currency sovereign debt, and native digital assets allow a wider range of entities to participate in Libra-x distribution.

Zhu Jiaming: "History will not…

Zhu Jiaming as the chief… 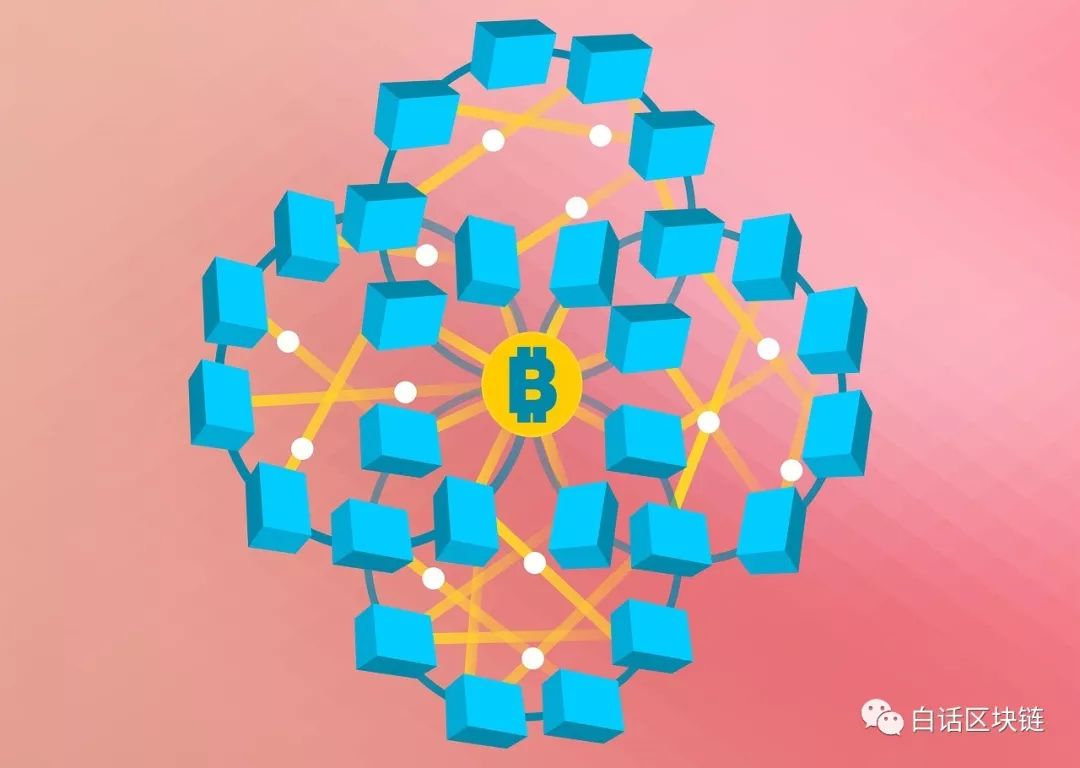 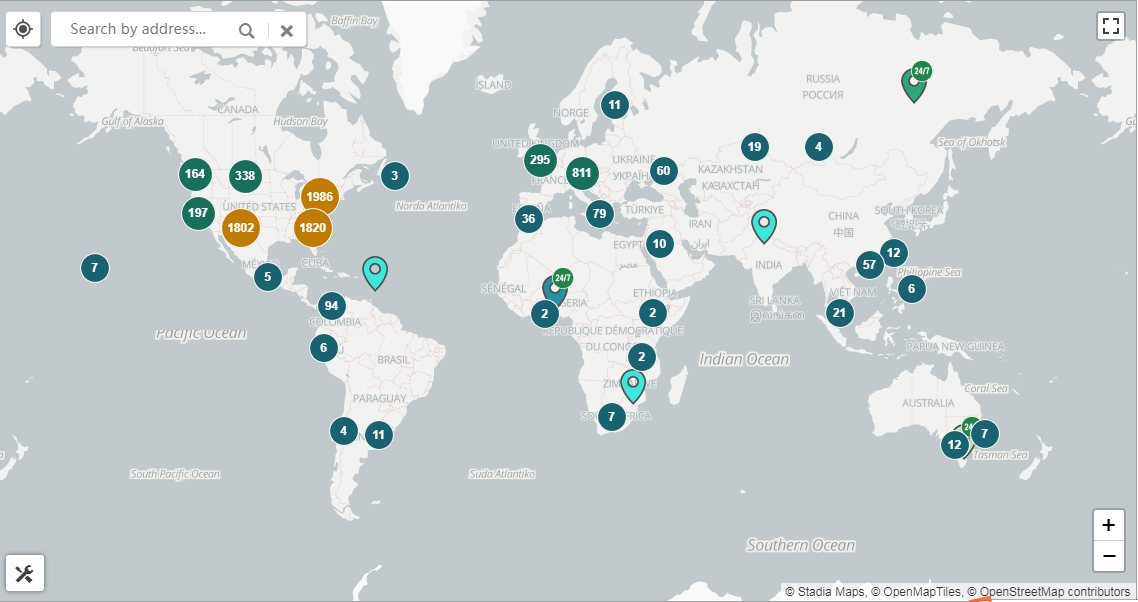 Data: The total number of Bitcoin ATMs in the world has reached 7547

Lanzhou Railway Prosecutor Zhang Yuan: At present, the national procuratorate can use the blockchain and other technologies to capture the source information of the case.

Foreign media: The regulatory proposal for the virtual currency outlook is expected to reach an agreement on the G20