During the weekend, the first part of the self-certification of the suspected “Zhong Ben Cong” has been officially announced on the website https://satoshinrh.com/ . The first part of the content reveals the source of Bitcoin and its pseudonym. For a time, it caused a lot of attention in the market, but after experiencing countless "self-styled Nakamoto" scams, this seemingly well-packaged website did not "catch up" everyone, and the doubts about this site are being constantly Excavated. 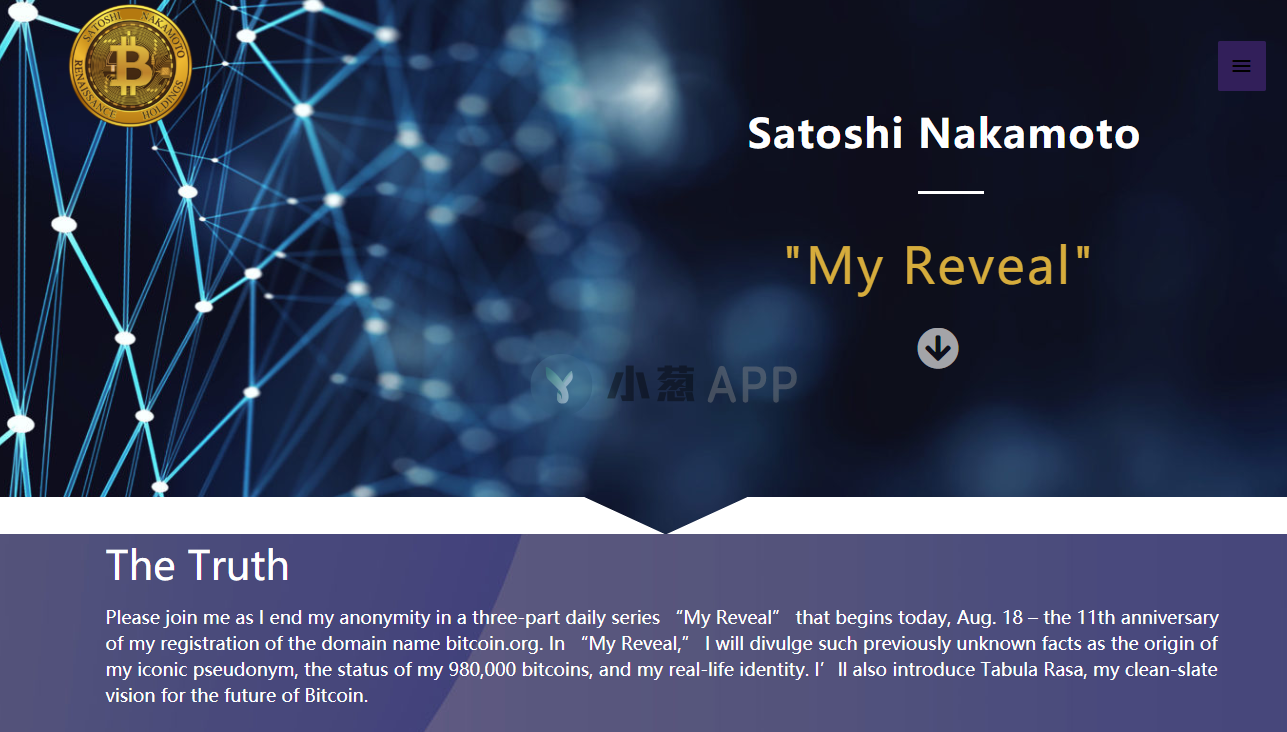 The article published yesterday mainly introduced the origin of Bitcoin and Nakamoto's name. It said that BTC originally originated from the International Credit Bank (BCCI) founded by Agha Hasan Abedi, founder of United Bank Limited (UBL); his nickname is Shaikho. I heard that Satoshi Sumita was accused of being the chief culprit of the Bank of Japan’s loose monetary policy, and Satoshi perfectly matched my nickname Shaikho. When deciding on an alias, I wanted a name for the main digital numerology, at the Chaldean Digital Numerology. In the middle, a man named 55 is considered capable of defeating any enemy he faces, Satoshi + Nakamoto = 55. In addition, as for the origin of the Bitcoin name, it means that the name "bitcoin" does not only originate from the "bit" IT term "bit", but also because it wants to bring the BCCI name back to its brilliant time. The full name of BCCI is "Bank of CredIT and COmmerce INternational", so I registered the domain name "bitcoin.org" on August 18, 2008.

According to the announcement posted on the website, Nakamoto will not only reveal his true identity on the website, but also disclose relevant information about his life and more details, and will explain in the future the 980,000 bits that are not mobile. The reason for the currency. 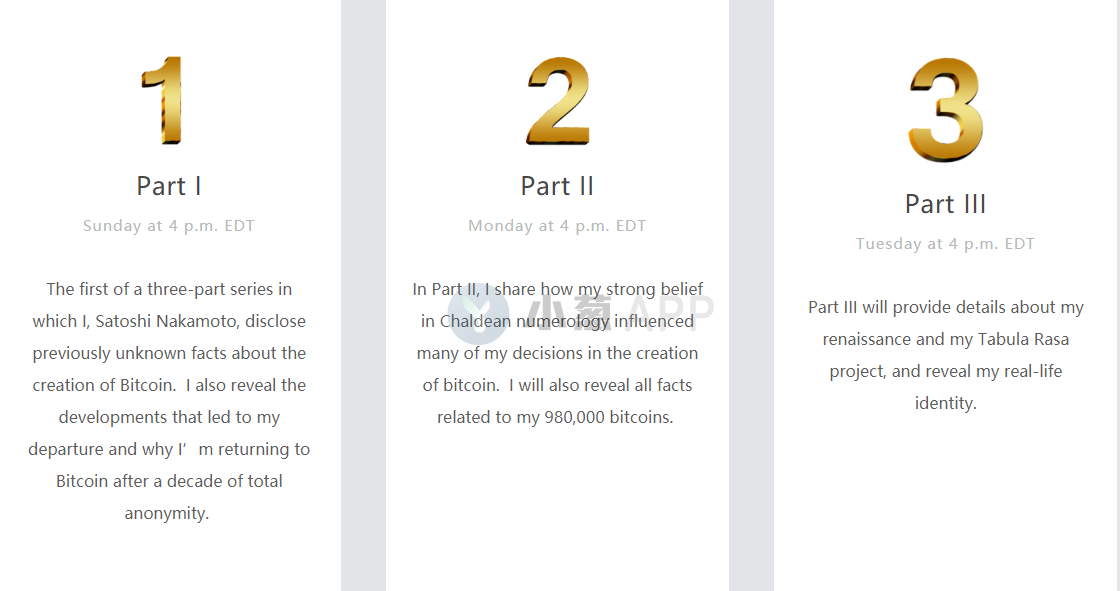 Since the announcement issued earlier was submitted by an Internet marketing agency, although the content that has been published so far seems to be quite detailed, it does not fully capture the trust of everyone in the market. After the in-depth exploration of the sensational content of the sensation, there are more and more skeptical voices about its authenticity in the market. It is said that this may be just a marketing-oriented publicity campaign aimed at utilizing the market for bits. The creator of the coin, Nakamoto’s curiosity, came to win the eye.

The marketing agency that submitted the content claimed that Nakamoto will publish its true identity on the website mentioned at the beginning of the article, but currently the site only has an article published yesterday, although the site has a subscription button, but after clicking the subscription No new content has been received so far. In addition, according to http://web.archive.org , the website that was opened many times during the weekend was created in just three days, and the domain name was created only 10 days ago, that is, on August 8. The organization that created this site did not leave any valid information.

From the information of the website that currently claims to be "a big thing", its authenticity is obviously doubtful, and the marketing agency that submitted the content does not prove that it has a direct relationship with "Zhongben Cong". This matter is probably just a farce of hype.

According to the scallions, the website displayed 508 errors (or too many visitors) before the first part of the self-certification was updated. According to the introduction of Weibo, Reuters host "Chen Yijia" just sent Weibo said that on Twitter, netizens are all embarrassed, how can a website with $10 billion in assets be inconsistent? How can I use namecheap to host?

Since the birth of Bitcoin, Nakamoto’s mysterious style has created new “impersonators” at regular intervals in the market, although there are high-profile spoilers like Craig Wright. More "counterfeit goods" will only appear in the forums, or social media, with the name of Nakamoto. Up to now, at least 18 people have vowed to claim that they are Nakamoto's "friends", but no one can produce sufficient evidence of self-certification.

Maybe the content posted on this website during the weekend seems very real, but if you want to be the real "father of bitcoin", obviously this is not enough now, but since there are still two parts to be released for self-certification, no matter what. We can at least look forward to the next part of the wonderful story, isn't it?