Yesterday, there were several important and good news. The government will support innovative applications such as digital currency research and mobile payment in Shenzhen. However, the market reaction is relatively dull and there has not been any skyrocketing. Therefore, we still remind everyone that since the impact of the news is not As expected, then we must pay attention to whether there is a possibility of reverse operation, I personally think that the possibility of the market going down further is greater than the upward. The first part of Nakamoto's self-certification has been updated, but as a big god figure, the website actually shows 508, which is a bit low, but this does not explain anything. After all, Chaplin himself imitated himself to get the third place.

Although good news, but the market did not organize a large-scale rebound, but a small pull-up, BTC's rebound is not strong, has not been able to successfully recover half of the previous Yinxian, is still sideways shock, volume continues to shrink, closing Always on the $10,000 mark, now it is a triangular structure, and then it will face 5 antennas, can successfully stand 5 antennas and 5 antennas turn up the golden fork 10 antennas, then the target Will test the pressure of 11,000 US dollars, whether it can break through this point depends on whether the next volume is matched. In this place, I personally will not go blindly, but the direction is not clear, and the upward space is limited. The downward space and probability are relatively large. If you break below the 10,000-dollar integer mark, the probability of falling below the triangular support line will increase, paying attention to risk. 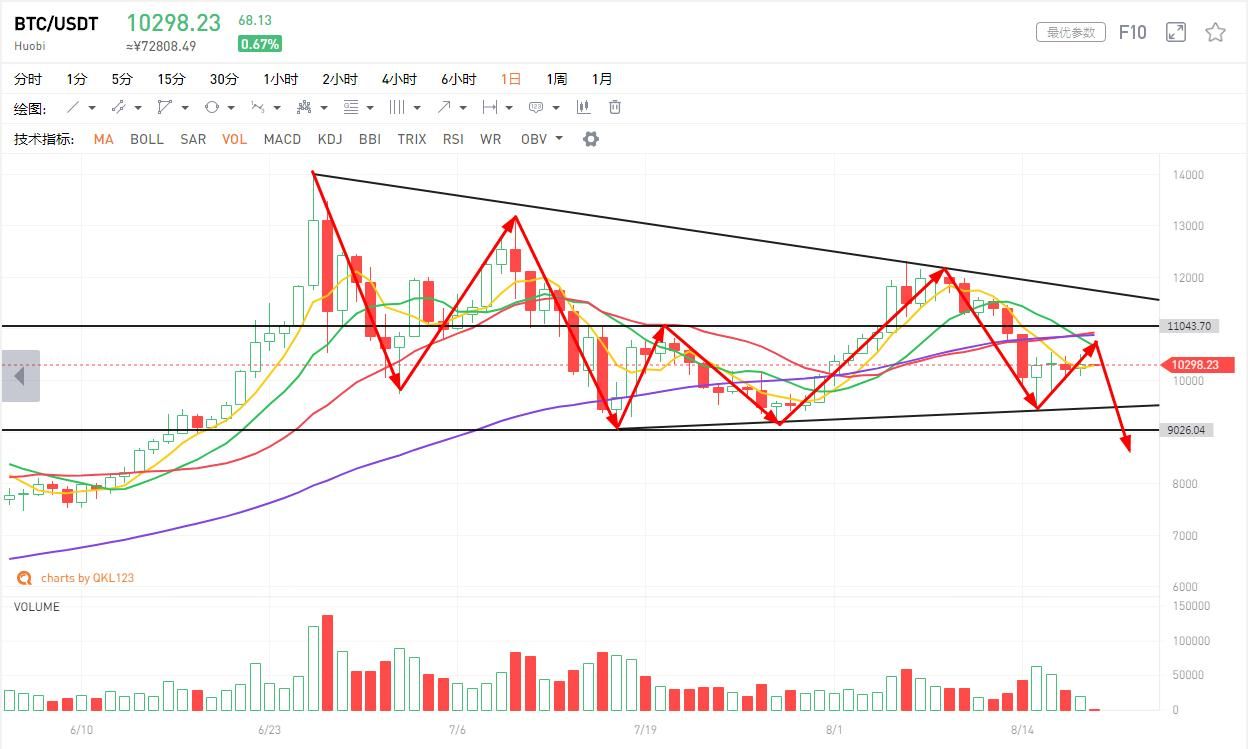 The rebound of ETH ETH is stronger than that of BTC, because if the government re-supports the development of digital currency, it will directly benefit ETH. After all, the biggest application of the target is to issue coins, but the rebound of the target is persistent, even though it has received one. The root line, but we can see that the volume has not been enlarged, or a shrinking state. Observe whether the volume will continue to be released. If you successfully return to the 200-dollar mark, you will continue to test the pressure of 235 dollars. It is considered that the possibility is small, the moving averages basically form a short arrangement, and the probability of continuing to run downward is still relatively large. Do not bottom out and pay attention to risks. 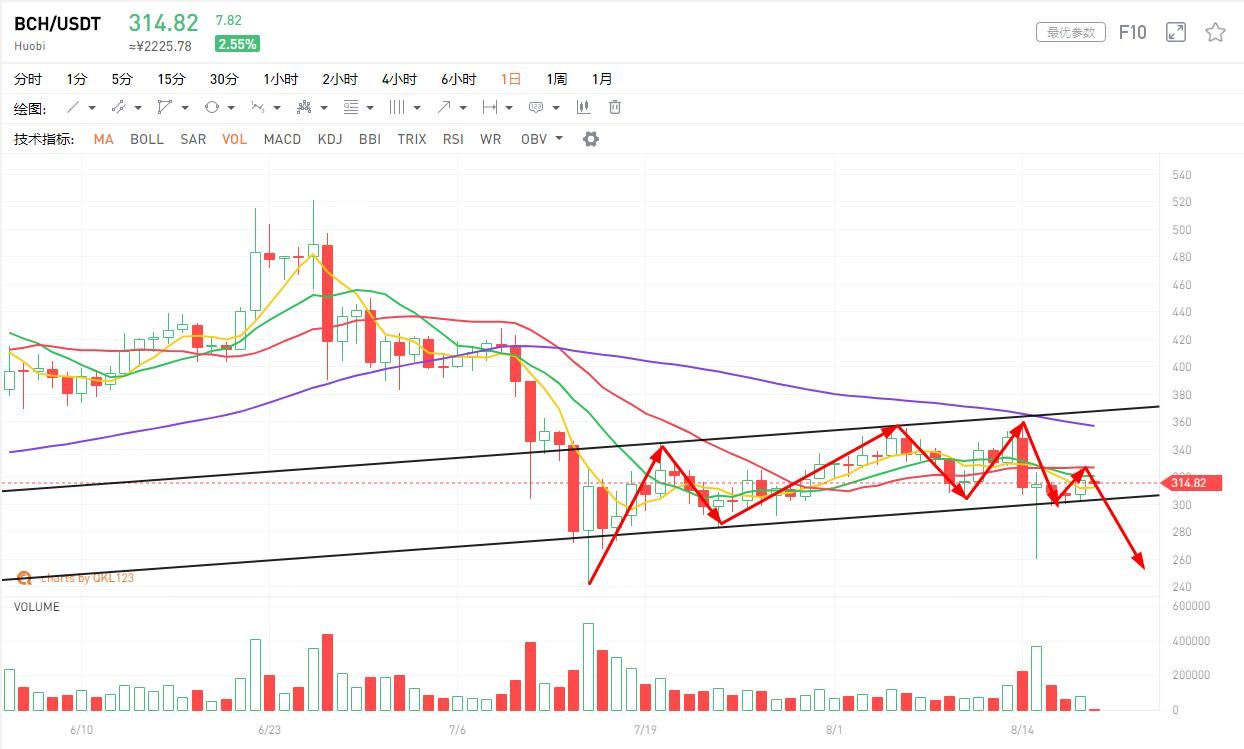 BNB fell below the triangle and failed to stand back again. It is doing a sideways volatility underneath. There is no obvious sign of the volume increase. The combination K line is good for the short position. The macd indicator is again under the zero axis. The 5 antennas have arrived. In the vicinity of the current currency price, it will continue to exert certain pressure on the price of the currency. It is basically confirmed that the break of the triangle is effective. In the short term, it will continue to test the support of 24 dollars. The probability of this round of decline will hit a new low. Pay attention to the risks.