On August 18th, the "Opinions of the Central Committee of the Communist Party of China and the State Council on Supporting the Construction of the Pioneering Zone for Socialism with Chinese Characteristics" (hereinafter referred to as the "Opinions") was released.

Among them, the fifth article mentioned, “ supporting innovative applications such as digital currency research and mobile payment in Shenzhen. ”

This sentence is worthy of attention for blockchain and digital currency industry practitioners and participants, because the field of digital currency is too sensitive and full of unknowns compared with other fields, and central recognition is particularly important. In the fifth article, a complete and independent sentence, separated from the previous sentence and the following sentence, is separated by a period, which means that it is an independent, large classification.

This document is a programmatic guidance document for many innovative fields in Shenzhen in the future. Every sentence and every word is repeatedly considered, because it involves the problem of innovative entrepreneurs looking for legitimacy. So although there is only one sentence about the digital currency, it is already very telling.

So why should the central government support Shenzhen to carry out innovative applications such as digital currency research and mobile payment? The answer is obvious. As the third pole of China's financial market, Shenzhen should bear the rights and responsibilities of the first test.

There are obvious three poles in China's financial market, and their positioning is different.

Beijing is the center of China's integration of international financial and political resources. I just saw the financial operation of Beijing in the first half of the year. Among them, the world's two largest bank card organizations, VISA and Mastercard, registered new institutions in Beijing. Global Financial Network Technology Services (China) Co., Ltd. (SWIFT) is registered in Xicheng District. Toyota Financial Services (China) Co., Ltd. was incorporated. 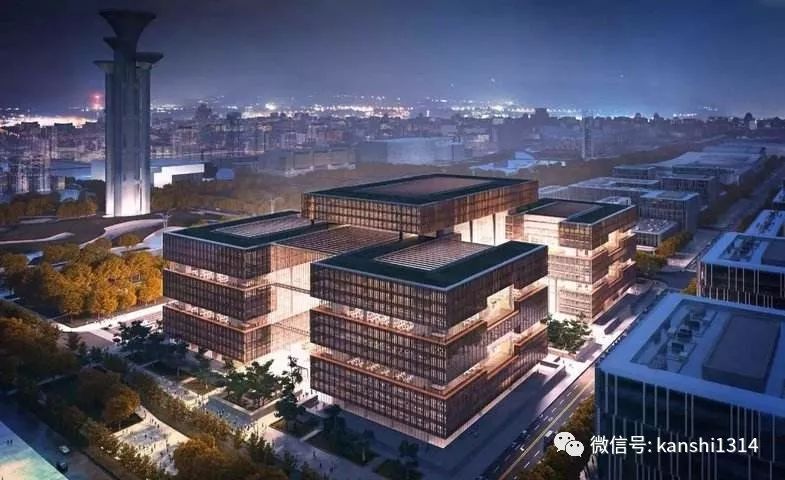 In fact, the registration of these international financial services companies is largely due to the dual consideration of politics and finance. This is the role of Beijing. Domestics such as Tencent and Ali are already very strong, but they will still establish a headquarters in Beijing, which is also considered by political resources.

In Shanghai, it belongs to the big business of finance. For example, in recent years, it has established an international board for gold trading, an international board for crude oil trading, bonds and stock markets, and these are all tens of billions of dollars. The scale of the market is the foundation of a country's financial sector, so Shanghai does not need financial innovation, so you can sit on the throne of China's first financial city.

In China's financial sector, the division of labor should be like this. Beijing has a political advantage and is responsible for upstream integration of international financial resources. Shanghai is responsible for the steady and steady implementation of financial strategic intentions. So what is the specific focus on future innovation? Shenzhen is such an indispensable, and the third pole of who is who I am. Shenzhen wants innovation, it is bold, it doesn't matter if it fails, come back again.

However, the issue of digital currency and mobile payment seems to be the tip of the financial sector and has more room for innovation. But these two issues are naturally a major responsibility issue, because the digital currency itself is a self-contained international attribute. The problem, while mobile payment China has already led the world, and innovation, is to surpass itself, there is no guide in front.

Therefore, the issue of digital currency and mobile payment will be a great achievement for Shenzhen. If it does not work, it will affect the overall situation.

In December 2016, Ping An Group, China Merchants Bank, Weizhong Bank, Dacheng Fund and other well-known financial institutions at home and abroad jointly established the first China (Shenzhen) Fintech Digital Currency Alliance and China (Shenzhen) Fintech Research Institute. . The institute is a financial technology alliance and research institute initiated after the central bank announced the establishment of the digital currency research institute, the first local city in China, from the national financial innovation and opening up, and the promotion of RMB internationalization.

According to my analysis, future opportunities for digital currency and mobile payments exist in three areas.

In the above three aspects, Shenzhen has a policy basis for bold attempts, but it is not a problem.

At this time, Libra, which is committed to replacing mobile payments and directly entering the era of international digital currency, has entered the final stage of hard work, and even continues to criticize Libra's chairman of the US House Financial Services Committee, Democrat Maxine Waters. In the next few days, a six-member team will visit Switzerland and meet with Swiss Federal Data Protection and Information Commissioner Adrian Lobsiger on Facebook's digital currency Libra.

Once bilateral mutual trust and coordination mechanisms are established, it is very likely that the United States will quickly approve Libra to enter the trial operation phase. The US payment system will therefore jump directly from the online banking era to the digital currency era, and China's mobile payment leadership will probably no longer.

In addition, the digital asset platform Bakkt supported by the New York Stock Exchange, the settlement of bitcoin futures contract products has entered the user acceptance test stage, legal procedures and regulatory issues have been resolved, the date of the futures product listing is about September this year, From the comments of the person in charge of the exchange, the main competitors are defined in the existing, unregulated exchanges.

The original words are: "We provide our customers with unprecedented regulatory clarity and security. In today's under-institutional infrastructure, Bakkt will also become a regulated, globally accessible exchange."

This will mean that the United States is taking advantage of the traditional financial market's authority and the advantages of other countries to dominate the financial pricing market of the entire future digital assets. The entire industrial chain advantage that China has cultivated for a long time may change. Very passive, domestic investors will inevitably be led by the US market.

That is to say, there are indications that in the future financial market, in the field of digital currency, especially in the digital currency trading and payment market, competition at the national level will be inevitable. Since I have already given this test permission to Shenzhen, I hope that this time I will not engage in some small things like thunder and heavy rain. Various organizations will be established as little as possible, and they will do the same thing directly. Just like Facebook issued Libra, we will first make the products out. Then resolve the dispute, and the dispute can be resolved immediately.

Everyone can think about it. WeChat pays for the Alipay market, and it is a matter of the Spring Festival red envelope activity. The Internet has flattened the whole world. Organizations such as the American Morgan Foundation, Facebook, Wal-Mart, which have various upstream and downstream resources, and have terminal promotion capabilities on a global scale, may start to change the settlement mode. We expect a lot faster. As you may recall, the QR code payment replaces the manual account payment, but it is only two or three years.

Wuzhen·Bai Shuo: To compete with…

Another country announced that it…

Market Analysis: EOS is still stable, BTC or below 8500 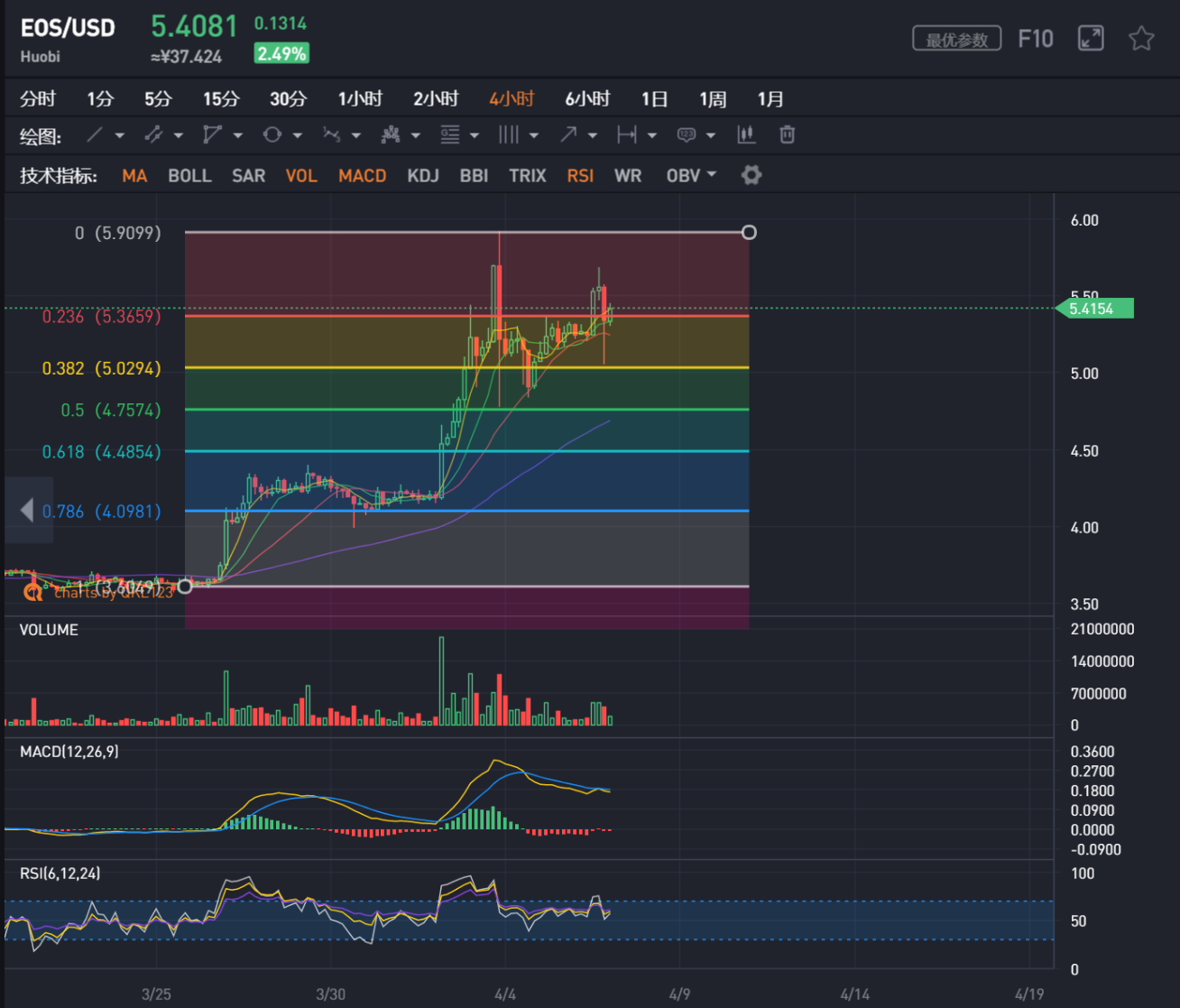