Yesterday, a heavy news made the blockchain boil!
On August 18th, the "Opinions of the Central Committee of the Communist Party of China and the State Council on Supporting the Construction of the Pioneering Zone for Socialism with Chinese Characteristics" (hereinafter referred to as "Opinions") was released, proposing "supporting Shenzhen to hold high the banner of reform and opening up in the new era and building a socialist demonstration with Chinese characteristics." Area".
In accordance with the "Opinions", Shenzhen will "build a digital economy innovation development pilot zone", "support innovative applications such as digital currency research and mobile payment in Shenzhen", "promote the interconnection of Hong Kong and Macao financial markets and mutual recognition of financial (fund) products" "To advance the internationalization of the renminbi, to try and explore innovative cross-border financial supervision."
For the first time, the computing power think tank interviewed the vice president of the Digital Assets Research Institute, Meng Yan, founding partner of Ruixin Capital, and Zhu Feida, a tenured professor of the Singapore Management University, to talk about their views.
1
The strongest response to Libra, or a turning point in the development of China's digital currency
Meng Yan affirmed that this is a "good thing". In the field of blockchain and digital assets, practitioners have always hoped to have a stage of practice and innovation in China. At the same time, Meng Yan also told reporters a "coincidence", he participated in co-creation Ruixin Capital, which focuses on global digital asset investment, was also established on August 18.
According to public statistics, in the first half of 2019, a total of 181 blockchains supported the relevant policy information and 187 regulatory policy information, which were from 65 countries and 4 international organizations.
Domestically, with the official implementation of the “Regulations on the Management of Blockchain Information Services” on February 15, China’s blockchain supervision is increasingly inclined to “make truth” compared to the previous “anti-counterfeiting” in 1994.
"The document clearly proposes digital currency research. This should be the first time in the government document to officially recognize, support, and promote research in this area. The policy can give practitioners the greatest confidence and peace of mind." Zhu Feida believes, "because In fact, China does not lack talents or technology. In recent years, it has mainly lacked clear guidance on policies." 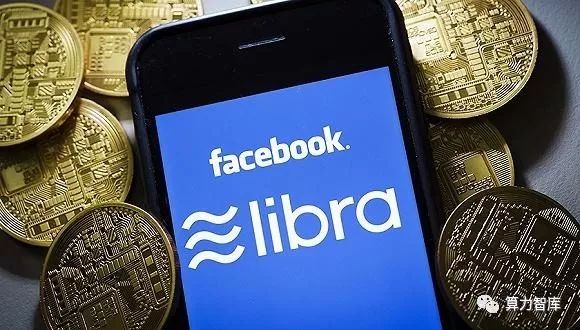 The release of the "Opinions", Zhu Feida believes that it will become a "turning point" from 2017 to the present: "I think this will make the entire digital currency develop, there is a radical change and a good start in China."
Meng Yan expressed a similar view, saying that “as an opportunity, China will continue to have innovative actions in the blockchain and digital currency fields.” At the same time, he interprets this as Libra, China’s innovation in digital currency. The most powerful response.
It is understood that since Facebook released the white paper of the blockchain Libra project on June 18, it has caused an uproar in the world, and governments and enterprises in the digital currency field have been active. Today, Coin Ann announced that it will issue a regional version of Libra; on Friday, Bakkt, a trading platform that has been compared to the “cryptocurrency NYSE”, announced regulatory approval and will be officially launched; in early August, retail giant Wal-Mart’s patent in the digital currency field The application was disclosed…
2
Shenzhen is a good place to practice digital currency innovation
In Meng Yan's view, we are now in an environment that not only protects against financial risks and maintains stability, but also does not miss out on opportunities for major innovations. “Because it is a big risk, in the face of major innovations and changes, no action or abandonment of such an opportunity itself.”
According to the 2019 Blockchain Investment Report, the US dominates the investment in blockchain projects in terms of geographic location, and its investment exceeds the sum of the UK, China and Singapore. San Francisco is a global leader in blockchain startup financing. London has become a gathering place for early companies that are hungry for seed round financing.
“So we need to find a balanced area. This area has to have a very good innovative genetic financial gene. At the same time, he has special characteristics. A series of attempts at this place can successfully radiate and drive the whole country. Mistakes or problems are also easy to control and correct, so no place is more suitable than Shenzhen." Meng Yan pointed out. 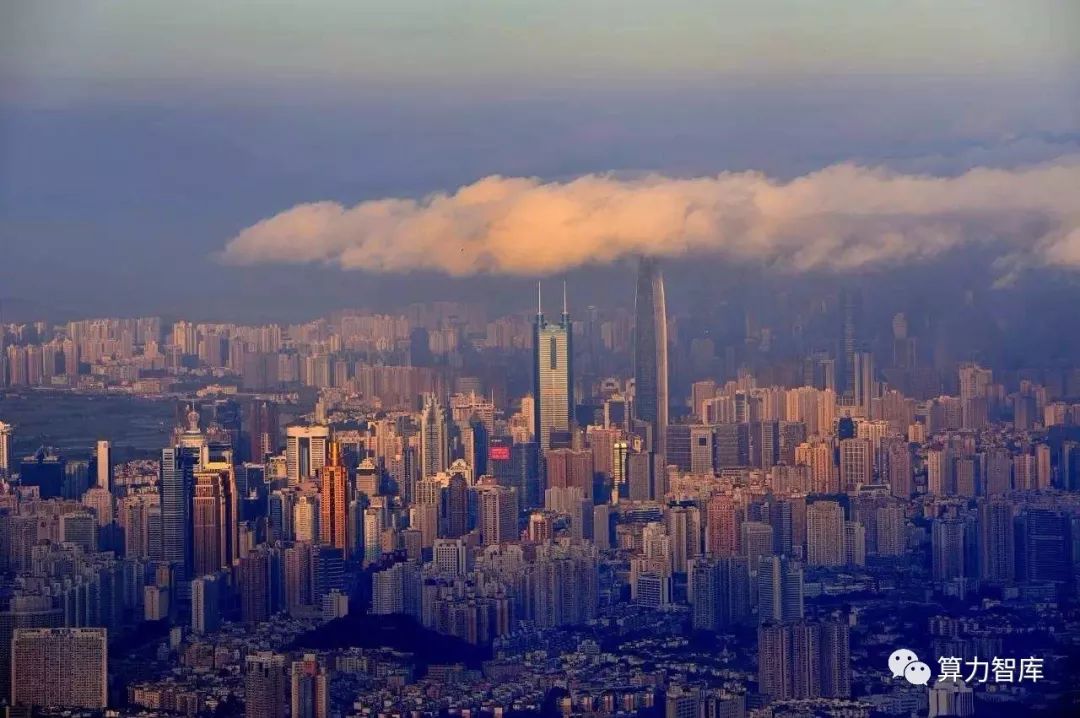 Zhu Feida added that Shenzhen is home to several major Internet companies in China, such as Tencent, Ping An, and Huawei. They have long been in the blockchain field, and the technology development has accumulated a lot. There are already many landing projects in the interior, but the previous policies are not too clear, so everyone is working hard. Now there is such a clear signal, just like the marching of the march. Like the number, thousands of horses and horses will fight hard to go forward.
He believes that the country's choice of Shenzhen is precisely the innovation ability that Shenzhen is particularly proud of, and the accumulation of these innovative companies over the years.
In addition, Meng Yan also mentioned that Shenzhen “has a large enough capacity”, and Shenzhen’s geographical location has been able to take into account Hong Kong and Macao, playing a similar role in the Shenzhen Special Economic Zone that year. The 17th report of China's Urban Competitiveness released by the Chinese Academy of Social Sciences in June shows that in 2018, Shenzhen was elected the most economically competitive city in China for the fifth consecutive year, and on February 18 this year, the CPC Central Committee and the State Council issued The "Guangdong, Hong Kong and Macao Dawan District Development Plan", which makes the Guangdong, Hong Kong and Macao Dawan District more imaginative.
3
Looking forward to Shenzhen's digital currency experiment should be more extensive
Talking about the future development of digital currency in Shenzhen, Meng Yan put forward his own expectations: "I hope that Shenzhen's digital currency is different from the central bank's digital currency. Shenzhen's digital currency experiment, its scope should be more extensive. First, the central bank digital currency We are sure to welcome this landing in Shenzhen, but more importantly, we hope to allow practice innovation in tolerance and openness, and orderly in the system of supervision and Shahe."
At the 3rd China Finance 40th Yichun Forum held recently, Mu Changchun, deputy director of the Payment and Settlement Department of the People's Bank of China, revealed that from 2014 to now, the central bank's digital currency (DC/EP) research has been carried out for 5 years. . China’s central bank’s digital currency is on the horizon.
It is worth noting that the current central bank digital currency design is still a currency with unlimited compensation characteristics, focusing on M0 substitution instead of M1 and M2 substitution. Its monetary function (transaction medium, value storage, accounting unit) determines that if it is loaded with a smart contract that exceeds its monetary function, it will be degraded into a valued ticket, reducing the degree of usability. 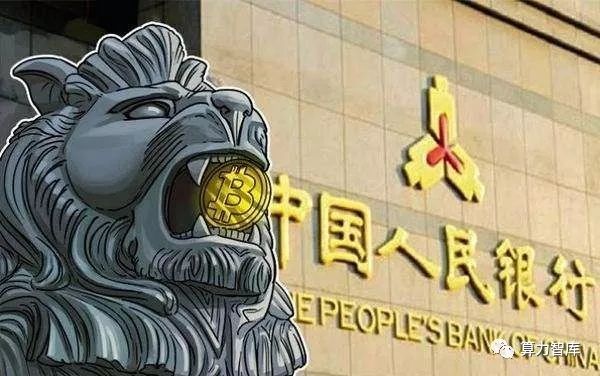 Meng Yan believes that people who are doing digital currency or general economic research are most concerned about the openness of a system. To be more technical, is whether a system is sufficiently open and transparent to support powerful smart contracts. "The central bank's digital currency is based on how the central bank manages monetary policy. We hope to see a digital currency infrastructure with different motives and different strategies. We can have more opportunities to try and innovate. ”
Meng Yan boldly imagined that in Shenzhen, he could use the digital currency of the central bank of the renminbi to try to construct a non-governmental digital currency with international influence in a more open, inclusive and inclusive model. This is the beginning of his involvement in the creation of Ruixin Capital. This gathering, which includes top investment teams in the US, Japan, Singapore and China, has perceived that the global crypto asset market is welcoming unprecedented opportunities. It is now a safe and enterprising investment strategy to share the window of investment dividends.

The attacker steals $40,000 in bitcoin through a fake version of the Tor browser. Blockchain Weekly | In July, there were many security incidents in the exchanges and wallets. What happened to the market after the Litecoin was halved?