How many giants can squeeze out on the stable currency track? 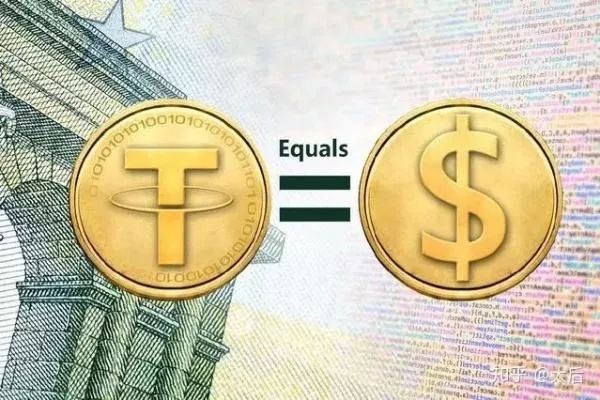 In the world of cryptocurrency, the most under-watched track may be a stable currency.

Until last year, someone finally discovered its value. This year's Libra white paper has made this track more interesting.

On August 19th, the world's largest cryptocurrency exchange, Announced, announced the launch of the Venus program. The star of Libra, which is against Facebook, wants to create a "regional version of Libra."

People are more familiar with Libra. Libra wants to restructure the financial system and issue its own tokens on the blockchain network, which anchors a basket of fiat currencies, the so-called “stabilized coins”. Simply put, this stable currency wants to provide universal payment functions around the world.

Based on its "regional version of Libra", people speculate that the big probability of the star will be a stable currency. However, He subsequently responded that the "Star" is not a simple stable currency, but a Libra to be a Belt and Road.

Whether it is a stable currency or Libra, there is no doubt that after the opening of the Venus project, a new heavyweight player was added to the battlefield of the stable currency.

This tells us once again that the stable currency is becoming a battleground for the military.

However, this market that pays attention to the "scale effect" is not as difficult as the exchange.

Coin An Qi star to do "One Belt, One Road Libra"

The Venus is the first star to be seen on the eastern horizon before dawn.

Starting from the name, more or less foreshadowed the high hopes that the currency security has placed on this plan – the currency wants to be among the stable coins of 2019 and become the "new star" leading the industry.

After the announcement of the Venus Project, the company’s “Chief Customer Service” He Yi personally reprinted the news in various communities and promoted it.

The contents of the Announcement of the Coin Announcement did not mention the specific plan of the Venus. It is more about describing the vision of the Venus – breaking the financial hegemony, reshaping the world financial system, allowing the post-development countries to have more financial initiative and safeguarding the country. Financial security enhances the efficiency of collaboration between the state and the country and between people.

He Yi’s response also confirmed these views. She said that “Qi Xing” is not a simple stable currency, but a Libra to be a Belt and Road.

Even at the beginning, he did not keep up with the pace of competing products, and the currency security is also optimistic about the stable currency. In The Block's report, He said: We believe that in the near and long term, the stable currency will gradually replace the traditional legal currency of the world and bring a new balance to the digital economy.

In fact, in the limited information, the real intention of the coin to launch the Venus is hard to trace. What is certain is that with the marching of giants such as Facobook and Wal-Mart, the follow-up of the currency security, the stable currency is becoming a battleground for the military.

As early as 2018, stable coins came to the critical year of their own development.

This market used to be only the USDT issued by Tether, but it was a huge fluctuation in the year. Let the market feel that the USDT is not a piece of iron. Moreover, the outside world has already noticed its huge market.

Previously, the USDT issued by Tether has been in a gray area. Just last year, GUSD and Paxos two US dollar-denominated compliance stable coins were approved by the New York Financial Bureau, which is expected to not only change the market situation of USDT, but also enable the practitioners to stabilize the market. The prospects look impressive.

At the end of 2018, there are practitioners looking to the future stable currency market, saying: “Stabilizing the currency will be a market worth hundreds of billions of dollars.”

The giant entered the stable currency, which triggered the attention of the industry.

Being a cross-border payment method was once the vision of Bitcoin. It seems that the first thing to achieve this vision is the stable currency.

Whether it is Facebook, Wal-Mart, or JP Morgan, the stable currency that it launches is not a payment channel, but the target is different.

In the initial assumptions or realizations, the stable currency of the stable currency was issued by its own exchange or public chain ecology. It has not been “openly” called for cross-border payment. The currency mentioned is similar to the path, and even the three reasons cited by the currency security are mentioned directly in the announcement:

1. Qian'an has cooperated with many national and regional regulatory authorities around the world and has a mass base.

Second, the coin chain has the technical basis for the safe operation of the new stable currency and the cross-border payment system. Previously, based on the issuance of stable currencies such as BTC and Euro, the transfer speed was comparable to the traditional bank payment system.

As can be seen from these statements, the project of the currency security is aimed not only at the digital currency transaction itself. This is obviously inspired by giants such as Libra.

KOL BTC sniper who is willing to analyze digital currency on Weibo even analyzed that the real idea of ​​the currency is actually to make a money exchange.

Primitive Ventures founding partner Wan Hui Dovey Wan's point of view is similar, she said that the money security is to compete for the supreme strategic position of the currency chain, the issue of digital currency.

“On the one hand, it is inspired by Libra. On the other hand, the prospect of stable currency, from now on, the future will only be better.” One practitioner analyzed the Odaily Planet Daily, and the currency security is optimistic about the demand for stable coins in the future. .

Another variable that the stable currency has received in 2019 is that more and more public chains are on the line.

The Odaily Planet Daily previously reported that before April 2019, the mainstream stable currency in the cryptocurrency market was all issued based on the ERC20 standard (USDT is also based on the Bitcoin omni agreement), which was issued on the Ethereum public chain.

The fission of stable coins is not only the aura brought by the giants' entry, but also the change in preferences in the digital currency market.

The former ICO drove the Ethereum price to the sky, and today, Ethereum fell 80%. Price volatility has allowed project parties to seek a more valuable currency, and moving towards stable currency has become a natural choice. Stabilizing coins gradually replaced ETH and BTC, and became the main target of fundraising for project parties.

This year, Nervos, a project by former Ethereum developer Terry, started a public offering, but only received stable currency. The private placement of the star public chain Algorand and the Dutch auction of Coinlist are settled by Circle and the final settlement unit is US dollar.

In the community question and answer session of the Odaily Planet Daily, Yang Mindao said, “In the past two years, the project parties have used Taiyuan or Bitcoin to raise funds and continue to retain digital assets. In fact, they are betting on digital assets in multiple directions. For entrepreneurial projects and teams, most of the cost is to anchor the legal currency. If you don't exchange the legal currency and keep the digital assets of the unsteady currency, you are actually using the money given by the investor to go to the casino to open more positions."

He also mentioned that in the context of the previous market downturn, USDT has experienced rapid development, and the amount of coins has increased 10 times since September 2017, and has replaced most of the core functions of public chain projects: payment and recruitment. Capital function.

Competing with USDT and Libra, who will win?

Stable demand broke out, but the market is a big one, and newcomers are not good.

In 2018, compliance currency appeared. Some people predicted that the stable currency market would be a stable currency in 2019. Gemini and Pax would capture Tether's market share on a large scale, and tether (USDT) may be hit hard.

However, Tokenview's data analysis has reached the opposite conclusion: whether it is from the market share or the performance of the data on the chain, the USDT reflects its unshakable position. If there is no devastating negative, the remaining stable coins think. To replace the USDT, there are still no signs in the short term.

At the same time, after the market rebounded in the middle of 2019, the demand for stable coins in the new admission funds increased frequently, and the market pattern of stable coins was even larger, and USDT was also increasing.

Odaily Planet Daily reporters checked the Stablecoinwar data. As of press time, USDT's share in the stable currency market was as high as 81.9%, and the second was USDC, with a market share of only 8.46%.

“It’s impossible for everyone to beat USDT.” Industry insiders analyzed that even if the stable currency sharpens the knife to the USDT, the USDT will still be the market leader.

Even if the current blockchain is in the early stages of development, there is still much room for growth in the stable currency market. However, in the case of to C trading, the status of USDT Big Brother is difficult to shake in the short term.

If Venus hopes to become a new generation of stable currency in the trading scene, it will not escape the competition with USDT.

Of course, the direction of application of stable coins, companies have different ideas. The USDT is more for digital currency investors, and Facebook's Libra is for ordinary people with more cross-border payment needs or a rapid depreciation of local currency.

As for the vision of the Venus star disclosed by the current currency, Venus is standing on the same track as Libra.

I am afraid that this direction is even more difficult because it will convince countries to supervise before attracting C-end users.

"This is the social effect brought by Morgan and Libra…" Analyst Hong Yining summed up the core and core of the launch of the Venus. In his view, the centralized stable currency is not fundamentally different from electronic payment. He does not believe that the currency security can become the "World Bank" through the Qixing plan.

“It’s almost impossible for the currency to persuade the regulators of the big countries. To go beyond the World Bank’s organization is either a decentralized system like Bitcoin or a big country.” Hong Weining said.

IBM releases five technologies that are thought to change human life over the next five years, one of which is to use blockchain to reduce food waste

Going back to the Wandao mark again, but the market is still not optimistic.