After the big bull market in 2017, cryptocurrency exchanges have sprung up on the line, according to incomplete statistics: the number of exchanges around the world has even reached an exaggerated 20,000, many of which have collapsed due to poor management. There have also been cases in which an exchange was sentenced to the death of a CEO of a trading exchange.

It stands to reason that the technical threshold of the exchange is higher. It is not that the employment of several technicians and the establishment of marketing can be rushed, and there are certain requirements for the speed of security and transaction matching. Of course, it also includes sufficient trading volume. Otherwise, Basically it is passive water, not a long-term solution.

The vocabulary that suddenly comes to my mind is: interest, all the events of the common sense in the world can be explained with interest.

At the beginning, the transaction was basically a mud-legged birth. From the early days of the old-fashioned foreign transactions, in addition to the collapse of the Mentougou, the US B network, the P network and the Hong Kong Big B network, the truth is that the customer experience is relatively less friendly, especially the difference in domestic user habits. Before the domestic customer experience is basically half a catty, the number of visits is skyrocketing, in the first half of 2017, the domestic cloud coins and coins are often seen in the big market.

With the addition of the regular army such as coinbase, the experience of the exchange is relatively high. We can say that the exchange is an evolving species, from simple trading to a single currency of Bitcoin, then Litecoin, Ethereum, and now The unidentified altcoin is rampant and the exchange is comfortable.

The Nasdaq Stock Market is the fastest growing market in NASDAQ, the world's leading stock market, and it is the first electronic stock market. It is not a problem for cryptocurrency exchanges. Electronic is theirs. The genes engraved in the bones cannot be changed.

So why do you say that the exchange is an investment bank?

First of all, we first understand the difference between state-owned banks, commercial banks and investment banks (domestic called brokers).

Commercial banks: Also known as private banks, they are a type of bank that is responsible for financial institutions that act as credit intermediaries through deposits, loans, exchanges, and savings. The main business scope is to absorb public deposits, issue loans and process discounted bills. Ordinary commercial banks do not have the right to issue currency. The traditional business of commercial banks is mainly concentrated in operating deposits and loans.

Including the Fed is also a private bank, but the function of the central bank is different from that of the People's Bank of China.

Investment Bank: It is a type of financial institution corresponding to commercial banks. It is mainly engaged in securities issuance, underwriting, trading, corporate restructuring, mergers and acquisitions, investment analysis, venture capital, project financing and other non-bank financial institutions. It is a capital market. The main financial intermediary. Chinese brokers include CITIC, Shenyin Wanguo, Qilu, Galaxy, Huatai, Guoxin, Guangfa and so on. In fact, it is the agents of the Shanghai Stock Exchange and the Shenzhen Stock Exchange, while the US investment banks such as Goldman Sachs and Morgan Stanley.

In contrast, the function of the exchange is very close to that of the investment bank. The previous ico project was that the project party was listed on the exchange. The transaction only served as a “NASDAQ” function, providing a tradable platform. Since 2019, the ieo has swept the currency. Circle, everything has changed, from project screening, underwriting to trading one stop.

As the highest ecological circle of the currency circle, the exchange is a traffic portal, especially the big platform has a good reputation. It can operate on the zero-based experience of the new account opening transaction experience, and then earns a handling fee, which is basically a ratio of two thousandths. The handling fee is the exchange. An important source of income, while holding the right to kill the listed projects, the only way to collect the currency fee is to step on the door, market value management. There are also exchanges with futures sectors, and the profits are even more impressive.

However, in the context of increasingly fierce competition for homogenization, if the exchange does not think ahead, the elimination is only a matter of time. In the past, there was no cloud currency in the past, but is it safe?

From the era of encryption to nothing, 10 years along the way, as more people join the blockchain boom, the capital has changed significantly, and the big exchanges still have a lot of commission income even under the bear market. However, it is necessary to continue to develop new businesses. The major platforms have introduced lending and wealth management, surplus coins and current treasures, and increased the absorption of funds as an additional income. Take advantage of the interest rate increase in the currency to obtain a larger source of funds.

In contrast, the history of US investment banks can be seen as a clue. In the 18th and 9th centuries, funds were very scarce. For example, the steel industry and the railway industry were capital-intensive industries. The main task of the investment bank at that time was to raise funds for these enterprises. Became the core business of the investment bank at that time, and helped the enterprises and governments to make underwriting and mergers and acquisitions to make money. 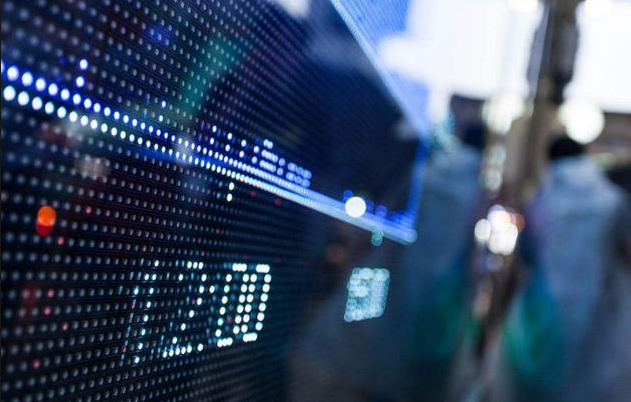 Later, the focus of the investment banking business has changed. It has gradually shifted to emerging fundraising and asset management.

With the expansion of funds, the importance of investment banks has gradually emerged, and the investment banking business has shifted from serving the poor to the middle class.

The cryptocurrency market, which is mostly retail, is similar to the A-shares and belongs to the early stage. The funds of large institutions can't get in. The article in yesterday has already elaborated on it. Once the market matures, the retail investors with lower risk tolerance will close the door, which means that the current window of opportunity is suitable for retail investors. Although being cut is hard to avoid, the opportunity is equally huge.

Although the early investment banks were legally operated, the contradiction with the regulatory authorities never stopped.

The prototype of investment banks can be traced back to the end of the 18th century and the beginning of the 19th century. The Bank of Bahrain was the earliest investment bank. The first task was of course to absorb funds from a few rich people and help them invest in wealth management. It was a game for the rich.

Since it is a private bank and does not involve retail investors, investment banks are relatively less regulated, otherwise there is a risk of illegal fundraising. Later, the bankers came up with a profit-making way, and reached out to the commercial banking business to absorb more funds. The business of commercial banks and investment banks began to operate at this time.

In 1929, the Great Depression of the United States, the Bank of America identified the biggest culprit in mixed operations, so it cut the commercial banks and investment banks and implemented strict separate operations.

Surprisingly, in the process of investment banking business development, the status of separate operations has been broken.

In 1999, U.S. President Bill Clinton enacted a bill, which legally recognized the legitimacy of mixed operations and lobbied the government to consistently be a greedy Wall Street businessman.

In the subprime mortgage crisis of 2008 and the deterrence of the financial crisis, the US government was afraid of the power of Wall Street bankers. It was ordered to completely rectify and strengthen the supervision of investment banks and commercial banks.

Due to the stricter regulation, the speed of the evolution of investment banks has not only slowed down, but has been even more iteratively updated, and there have been private equity-like businesses, and investment banks have evolved new innovative tools.

Then more powerful regulation did not destroy the exchange, but promoted the progress of the industry, and the speed of technology update was accelerated because they understood that the exchange is the person on the treadmill that either runs or dies. Once stagnant, it will face the possibility of being replaced by countless exchanges.

As a result, major transactions led by the currency security have accelerated the development of decentralized transactions, in an attempt to get rid of the supervision of the centralized exchanges, and to decentralize DEX, the more liberalized funds are more optimized for ease of use and security. For efficiency.

Everything is on both sides of the coin. Centralized trading will become the key monitoring object of the regulatory layer. One of the pain points is that the centralized users who are used to it have different expectations for decentralized transactions, and they are decentralized for newcomers. Relatively unfriendly, we can be convinced that the future will be centered and decentralized trading two carriages go hand in hand. A centralized exchange cannot be completely replaced, at least in the short term.