Vietnam is undoubtedly an important area for the market activities of blockchain projects in the past two years. As stated in the title of a Forbes report, "Vietnam may soon become one of the chain innovation centers in Southeast Asia."

Go and go to Vietnam together

In terms of talents, according to the Asia Blockchain Review, Vietnam has an average of 100,000 engineers graduated each year. “ Vietnam has a large IT talent pool compared to other countries in Southeast Asia .” Nguyen Bui, head of partnership at TomoChain, Vietnam's largest public chain, said in an interview with PANews.

Although the proportion of “touching the net” is high, Vietnam’s financial coverage is low. Yao Yongjie, the managing partner of Xiong'an Fund, once said at the preparatory activities of the Xiong'an Southeast Asia Blockchain Innovation Center that only 31% of adults in Vietnam have bank accounts , but it is expected that by 2021, the number of people with smart equipment will reach 40% of the total population. %.

This undoubtedly paved the way for the development of digital currency in Vietnam and has great potential.

In terms of regulation, the Vietnamese government supports blockchain technology, but it is “squeaky” for cryptocurrencies. The latter is in a gray area, but it can still be traded in the currency.

Like most countries, the Vietnamese government is very supportive of blockchain technology. Nicole Nguyen said that giant Vietnamese companies , such as telecommunications companies (Viettel), IT (FPT) and aviation service companies (Vietjet Air), have publicly stated that they are building blockchain laboratories or blockchain projects . Blockchain-related applications and initiatives are also widely covered in the main discussion topics or agendas of some conferences.

Nguyen Bui also confirmed Nicole Nguyen's observation, “In Vietnam, you can easily purchase cryptocurrencies online. The government has not banned the purchase of cryptocurrencies, but it has also received no legislative support. But for blockchain technology, the Vietnamese government is in a public statement. Clearly support.” He further stated that the government is currently engaged in active dialogues with blockchain projects and communities, and there is a dedicated team responsible for drafting the digital asset law, but it is certain that the government prohibits the use of cryptocurrency as a payment. Currency .

In the interview with PANews, Ho Chi Minh City and Hanoi City in Vietnam are two hot cities recognized by industry insiders and the most friendly to blockchain enterprises, which are also the first and second largest cities in Vietnam.

Nicole Nguyen told PANews that there are more than 40 blockchain startups in Vietnam, mainly in Hanoi and Ho Chi Minh City, and some are active in Da Nang.

Many projects that have been held in Vietnam have appreciated the blockchain atmosphere in Hanoi and Ho Chi Minh City.

Ontology held an event in Ho Chi Minh City in April this year, and its marketing director Jesse Liu said in an interview with PANews, “The experience is very good, and there are many investors who came from other cities in Vietnam to participate in our conference. Overall, regardless of From which city, everyone has a strong interest in the technology of the blockchain, and is also optimistic about the investment. The event also received the intention of the Vietnamese business giant and our cooperation."

Similar to domestic retail investors, Vietnamese “currency” people mostly like mainstream currencies such as BTC and some growth and hot project tokens .

"If you want to rank the five most popular cryptocurrencies , then BTC, ETH, USDT, BNB, XRP ," Nguyen Bui gave his answer.

It is worth mentioning that Jesse Liu, after talking with many Vietnamese investors, found that they are also very interested in the stable currency of compliance. "They will take out most of the income to buy stable coins, and the rest will stay. Do the cost of living . And in the purchase of stable coins, there will be close to 50% of the shares to invest in the mainstream currency. A small part to invest in new currencies and models, such as IEO."

According to Raily, who works in Vietnam, Vietnamese currency people also have "blind follow-up" and speculation. “In the early days, most retail investors would follow KOL (Opinion Leaders) or group owners in some cryptocurrency chat groups. But after the market adjustment period, retail investors began to seriously consider their own investments and do some Research. Vietnamese investors usually follow large investment trends, such as IEO. Most Vietnamese are more inclined to invest in short-term, and only a few will make long-term investments ."

Investors began to study the project, and this view was confirmed by Jesse Liu: “Vietnamese users are very professional when they communicate with us and AMA, and they will have a very independent judgment on the authenticity and grounding of the project. And future expectations."

What’s striking about Jesse Liu is that once investors have a judgment on the project, they will invest directly and decisively. “We found that there were a lot of investors investing in the scene at the summit, which was very shocking. The demand for digital currency in the Vietnamese market was heartfelt and hot. They very much hope to understand a project and realize capital accumulation through the project. Have a living status."

Nicole Nguyen pointed out that Vietnamese people also like interpersonal word-of-mouth communication. “Vietnamese people are similar to Asians and value interpersonal relationships , so they prefer referrals .” In this regard, Jesse Liu also shares the same view, he suggested that the project side is in the product and If the technology is relatively mature, then go to Vietnam to promote, otherwise it will be difficult to establish once the word of mouth and image collapse.

Due to the limited English content of the blockchain market in Vietnam, this has made it difficult for the outside world to understand the Vietnamese market. However, according to the PANews survey, it is relatively easy to conduct more publicity activities in Vietnam than the mature blockchain project. Experienced local partners are involved in the construction of more Vietnamese communities in the early stages.

Jesse Liu, Raily, and Zac.Zou also mention a number of factors, such as the construction of Vietnamese communities, language translation and synchronization, interaction with local communities KOL, and so on.

Of course, if you want to organize the event well, you need to consider some of the difficulties that may exist. Raily reminds project parties to be prepared for some of the obstacles that may exist: “It may be difficult to invite large traders or large investors to participate in the event because they do not want to appear in public; there may be no Users of small-currency users choose to leave in the bear market , but the new events are not enough to provide enough information to new investors; the cryptocurrency market has not been officially recognized by the government, so it is difficult to invite traditional markets. Some influential people to attract more investors to participate, but at the same time, the project side can not conduct public relations activities through traditional channels, only through a limited cryptocurrency channel, so that information is difficult to reach potential New investors ."

And if you want to establish a branch in Vietnam, “ language barriers and cultural differences are major challenges for foreign companies. Many international projects entering Vietnam are now facing the challenge of developing communities and attracting users, mainly because they have funds. And technical advantages, but there is still a lack of local knowledge.” Nicole Nguyen analyzed PANews.

In addition, the talent factor is also an important challenge for companies to expand in Vietnam. Nicole Nguyen said that the demand for senior developers and project managers in blockchain-related companies in Vietnam has been very strong , and Vietnam is still unable to meet international and local projects. The growing demand for quality talent. More than half of the blockchain developer supply is at an early level, and employers must compete with other emerging technologies (such as artificial intelligence, big data, etc.) to retain employees.

Raily provides a lot of meaningful suggestions for entrepreneurs in terms of details: “Recommended projects have clearer and more complete information; can connect with high-quality media, institutions and communities to better reach Vietnamese users; Have a local team to support the development of the Vietnamese business and serve the local community; often hold online and offline activities to attract more Vietnamese communities." 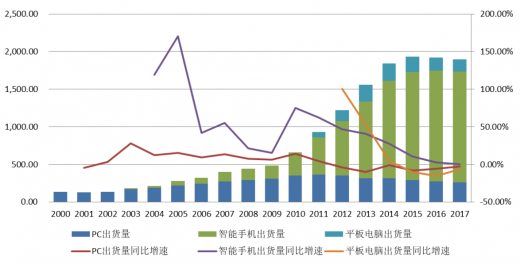