Abstract: Today, the market fear index once again came to the low of the year, which may be a good opportunity for long-term investment. At present, the price of Bitcoin is in the down zone of the short-term convergence triangle, and the inflow of off-exchange funds has increased. It is more likely that the BTC will stabilize and rise in the short term.

According to QKL123 statistics, at 13 o'clock on August 21, 2019, the total market value of the global Token market was 191.168 billion yuan, the total market value of 24 hours increased or decreased by -4.83%, the total turnover of 24 hours was 391.636 billion yuan, and the total turnover of 24 hours. The change was +9.69%, and the 24-hour market activity continued to increase. The market value of BTC accounted for 68.11%, which was slightly lower than yesterday (68.26%). The market risk aversion was still high; the alternative sentiment index was 11, which was lower than yesterday (39), and the market performance changed from fear to extreme fear.

Analyst's point of view: Recently, the market fear index has reached the lowest level this year, while the market value of bitcoin accounts for a new high in the year. “Others panic and greed” may be a good opportunity for long-term investment. Today, Bitcoin has experienced a rapid decline, but the inflow of off-exchange funds has increased. It is more likely that the BTC will stabilize and rise in the short term.

Yesterday, the BTC hit a maximum of 10,949 US dollars, and then fluctuated around 10,700 US dollars. It began to decline at 10:00 today and has a heavy volume. The amount released today is mainly concentrated between $10,200 and $10,500, and the air force is suppressed. From the 4-hour K-line point of view, the current BTC is in the short-term zone of the short-term convergence triangle. It is more likely to attack after a short-term callback, but if the amount can continue downward, there is a possibility of going bad. Pay attention to risk control.

At present, the BTC's total network computing power is 73.33EH/s, which is slightly lower than yesterday (73.39EH/s), close to the historical high point, and the long-term upward trend has not changed. Yesterday, the number of coins destroyed was 6,266,700 (historically smaller), which was smaller than the previous day (710.80 million), and the long-term uptrend was not destroyed. Yesterday, the number of active addresses on the chain was 738,300, which was significantly higher than the previous day (32.71 million), higher than the average of the past month.

Yesterday, ETH hit a maximum of 203 US dollars and then reduced the volume, and at 12 o'clock today, there is heavy volume, short-term linkage BTC. The ETH/BTC transaction slowed down from the previous day's high of 0.0190 BTC. Today, after hitting a low of 0.0181 BTC, the volume will increase to 0.0185 BTC, which is currently slightly oscillating.

LTC shocked down from the previous day's highest hit of 77 US dollars, today hit today's low of 72 US dollars, short-term long and short wins and losses are not divided, linked to BTC. The LTC/BTC trading has shown signs of falling back from a small rise to 0.0072BTC near yesterday's low of 0.0070BTC, and the weak link to BTC.

At present, LTC's total network computing power is 318.49TH/s, which is lower than yesterday (347.27TH/s). It is close to the low point of three months. After the block reward is halved, the computing power shows a downward trend. The possibility of going bad. Yesterday, the number of LTC coins destroyed (826.36 million, historical normal value), significantly increased from the previous day (968.74 million), the long-term trend has not been destroyed. Yesterday, the number of active addresses in the chain was 87,800, which was significantly higher than the previous day (61,300), higher than the average of the past month.

EOS has oscillated down from the previous day's high of 3.8 US dollars. It went down again at 10 o'clock today. During the period, there was a heavy volume. After the minimum insert of 3.5 US dollars, the small amount fluctuated. The EOS/BTC trade is relatively strong from yesterday's low of 0.00034 BTC.

The long-term trend of BTC is improving. Currently, it is in the stage of partial adjustment. The market of mad cows may come in the next one to two years, and it can be added on a dip. The BTC trading of the intelligent contract platform ETH, the altcoin leader LTC, and the DPoS leader EOS is at a low level during the year and can be configured on a dip.

The short-term BTC will continue to converge and adjust its reserves, which can be added to the bargain.

Short-term BTC is more likely to continue the range volatility. If there are signs of stabilization, it can be low. If it falls below the support level, it can be chased and strictly controlled. BB: B1 does not have potential control of EOS 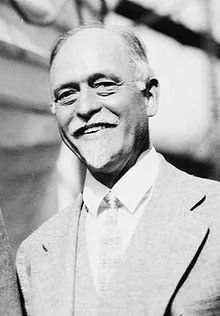 Data show: Zcash computing power has increased by 950% since the beginning of 2018