I am not Nakamoto.

The biggest unsolved case in the world of cryptocurrency may be the true identity of Nakamoto.

For this bitcoin creator of "what is going to hide, hide and hide", the outside world is more curious than admiration. Whether Nakamoto is a Japanese or a Westerner, an individual or an organization, no one can tell.

Although Bitcoin has experienced ten years of wind and rain, the world of cryptocurrencies and blockchains has changed dramatically, but the question of "who is Zhong Bencong" is still lingering in the hearts of countless people.

Since Bitcoin has entered the wider public view from the niche circle, many people claim to have found Nakamoto, and some people claim that they are Nakamoto. Recently, another Pakistani who claimed to be Nakamoto was present, but like the previous ones, there is no conclusive evidence that they are the creators of Bitcoin.

Therefore, "Who is Nakamoto" is still an unsolved mystery.

In the article, "Zhong Bencong" introduced the origin of Bitcoin, the origin of Nakamoto's name, his true identity information, and the reasons for the disappearance of his choice.

Although the "Zhongben Cong" is eloquent, the cryptocurrency community does not buy it because all the evidence is not conclusive evidence.

If it is Nakamoto, how should you prove it yourself?

Of course, this "Zhongben Cong" can never prove himself in this way. Because according to him, the hard disk with 980,000 bitcoins was lost, and he did not back up the private key.

Then, on August 16th, GlobeNewswire released a new report, saying that after ten years of anonymity, Satoshi Nakamoto will be on Satoshi Nakamoto Renaissance Holdings' website www.SatoshiNRH.com at 4 pm on Sunday, August 18. Ivy McLemore&Associates' website www.ivymclemore.com reveals the first part of its identity.

Nakamoto has to self-certify, why would he choose to publish the information on the website of a blockchain company and a public relations company?

Like all the media that have done a long layup and finally can't help you with an advertisement, the "Zhong Bencong" also left an advertisement at the end of the testimony, Coming Soon: Information on Tabula Rasa, my clean-slate Vision for Bitcoin.

In other words, the "Zhongben Cong" will launch a new version of Bitcoin – Tabula Rasa.

It is not difficult to speculate that all kinds of information are superimposed. This so-called "Zhong Ben Cong" may be just a propaganda hype for the currency.

According to incomplete statistics, since the birth of Bitcoin, at least dozens of people have been considered or claimed to be Nakamoto. Their nationality, age, and occupation are different, some are computer scientists, some are science fiction writers, and some are entrepreneurs.

Bitcoin rose to $1,000 at the end of 2013, and the question of who is Nakamoto is being watched by major media. At this time, Hal Finney appeared in the eyes of everyone and was regarded as Nakamoto.

Hal Finney, a computer scientist and early member of the cryptic punk movement, worked with Philip R. Zimmermann to create the later influential PGP encryption, which was created in 2004. The first reusable workload proof system.

Most notably, the first transaction in the history of Bitcoin occurred between him and Nakamoto. In the early days of Bitcoin development, there was interaction and communication.

In a post on the Bitcoin Forum, Hal Finney once said that although Nakamoto’s true identity is still a mystery, he can infer from his limited contact with Nakamoto that "he is very smart and Sincere young Japanese people deal with each other."

In August 2009, Hal Finney was diagnosed with amyotrophic lateral sclerosis (ALS) and died in August 2014.

From the beginning to the end, Hal Finney did not claim that he was Nakamoto.

American computer scientist and cryptographer Nick Szabo was once considered to be Nakamoto.

The reason is that Nick Saab is keen to decentralize the currency and has published a paper on "Bit Gold." Nakamoto also mentioned in the Bitcointalk forum that Bitcoin was inspired by the Bit Gold agreement. Surprisingly, there is no bit gold in the Bitcoin white paper.

Since Bitcoin has important implications for Bitcoin, why doesn't it appear in the white paper? Perhaps, is this the name of Nakamoto's Nick Saab intentionally hidden?

In addition, in 2013, Internet researchers used reverse text analysis technology to compare Nakamoto's Bitcoin white paper and Nick Saab's article and found that there are many similarities between the two in terms of expression and style.

A series of clues such as field, research direction and style of writing seem to have connected Nick Saab with Nakamoto. However, for the speculation outside, Nick Saab gave a clear denial to Wired magazine.

The spread of this news led to the media media flocking to interview Dorian·Zhongben, and even the car chase.

"Newsweek" reported that Dorian Zhongben was a system engineer for a secret defense project and a computer engineer at a technical and financial information service company. After two layoffs in the 1990s, he became a freelancer. Activists.

More importantly, journalist Goodman found a strong piece of evidence. When Goodman interviewed Dorian Nakamoto and raised the issue of Bitcoin, Dorian Nakamoto said: "I am no longer involved in it, can't discuss it, it has been handed over to others, they are now Responsible, I have no contact."

However, soon Dorian·Zhongben issued a statement saying that “Newsweek” reported the mistake and denied that he had engaged in any work related to the core technology of Bitcoin.

The first time he heard the word "bitcoin", he learned from his son in mid-February.

Unlike all of the above, "Nakamoto Satoshi", Craig Wright is the only person who has voluntarily admitted that he is Nakamoto.

In December 2015, Craig White's name appeared in the cryptocurrency community. At the time, the US tech blog Gizmodo received a document showing that Craig White, the Australian businessman, had a connection with Bitcoin.

In May 2016, Craig White began publicly claiming that he was the creator of Bitcoin. Later, the Australian police raided the Craig White apartment. This incident made Craig White begin to be widely watched by the media because there was no What is more dramatic than the news of "the police raid bitcoin inventor residence".

Although the Australian police said that the raid was not related to the media's claim that White was the inventor of Bitcoin, Craig White took the stage of the cryptocurrency world with media attention and propaganda.

With the hat of "Nakamoto Satoshi", Craig White delivered speeches, published articles, applied for patents, and even launched a forked BCH and a movement to tune others.

Zhang Yang’s style of action, frequent speeches, and doubtful evidence of identity led to many opinion leaders in the cryptocurrency community, including V God, who sneered at Craig White and thought that it would never be Nakamoto.

Of course, in order to prove his identity, Craig White also published relevant evidence, but no evidence is conclusive and powerful.

In addition to these people, those who are considered to be Nakamoto include: Japanese mathematician Wang Yuexin, cryptographer David Kleinman, science fiction writer Neil Stephenson, Tesla founder Elon Ma And so on.

Of course, these are not confirmed.

Nakamoto is no longer important

When talking about the blockchain, it is inevitable to mention bitcoin, and when it comes to bitcoin, Nakamoto is always unable to get around.

The cryptocurrency moves from a niche experiment to the mass carnival. Every newcomer will inevitably ask such a question: Who is Nakamoto?

Although Bitcoin has experienced ten years of wind and rain, the world of cryptocurrencies and blockchains has changed dramatically, but the question of "Who is Nakamoto Satoshi" still haunts the hearts of countless people and lasts forever.

Looking for Nakamoto, to some extent, has become an idolatry or spiritual pilgrimage.

However, in a free, decentralized world, is Nakamoto really important?

In the eyes of some speculators, Nakamoto is not important at all. The important thing is his 980,000 bitcoins. "I don't care who Nakamoto is, I only care if he will sell."

After the news that "Zhong Bencong's 980,000 bitcoins have been lost" came out, Bitcoin showed a slight increase, which also reflected this problem from the side.

"I think a reasonable person should understand that Nakamoto is not a god or a prophet. Although he/she or they originally directed the direction of Bitcoin, Bitcoin itself does not belong to them. They are for Bitcoin future and now. The idea is not a sacred truth."

Andreas M. Antonopoulos, author of "Mastering Bitcoin", also believes that it is irrelevant who is Nakamoto.

Since the advent of Bitcoin, the ship with its free sails no longer has a fixed helmsman, and the rudder of Bitcoin has been in the hands of every participant.

Perhaps "Who is Nakamoto" will be a persistent concern, but as time goes on and the development of cryptocurrency, this problem will become less and less important.

Because, as Andreas said, more and more people will realize:

It doesn't matter who Sakamoto is. Bitcoin is always made up of many individuals, and we are all bitcoin. 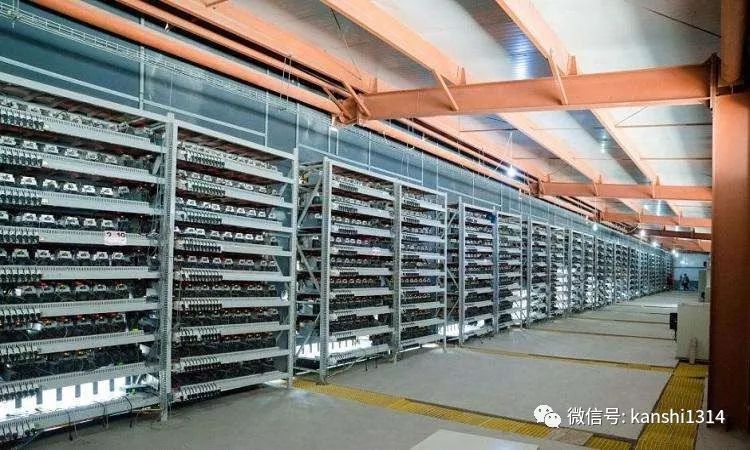