01
V God: I am more and more pessimistic about the second-tier solution under the chain

Why: Ethereum founder V God said in a media called Toronto Star this week that the increase in transaction costs on the Ethereum blockchain is hurting the adoption rate of Ethereum. 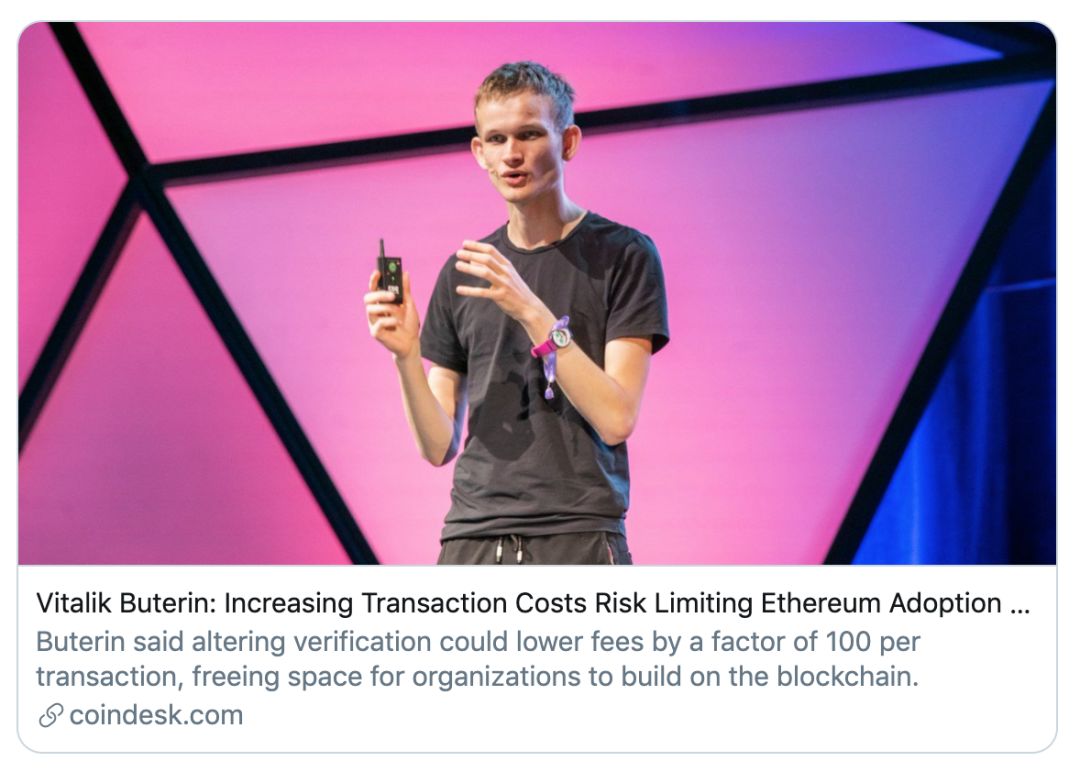 I really like V God and Ethereum. Speed ​​and scalability were a problem a year ago, but now the new blockchain has largely solved this problem. We need to increase the number of applications that people can actually use, so that we can meet new scalability issues again. Focus on the application.

V God replied: (Speed ​​and scalability issues) did not solve. Even the latest semi-centralized blockchain has only a few hundred TPS; as far as I know, EOS has encountered scalability bottlenecks.

Some netizens continue to ask: Why are these problems going to happen, not like lightning network or second-tier solutions?

V God Re: As time goes on, I am more and more pessimistic about the two-tier solution under the chain. VladZamfir (personal name, chief researcher of the Ethereum Foundation, core developer of Ethereum) is right. The second layer solution is difficult to build, requires a lot of application layer processing for the incentives, and is difficult to apply in a wide range.

Bitcoin security is guaranteed by the need for Store Of Value.

The security of Bitcoin is guaranteed by the block space.

In order to achieve the highest security in the future, Bitcoin must maintain the highest block space requirements. 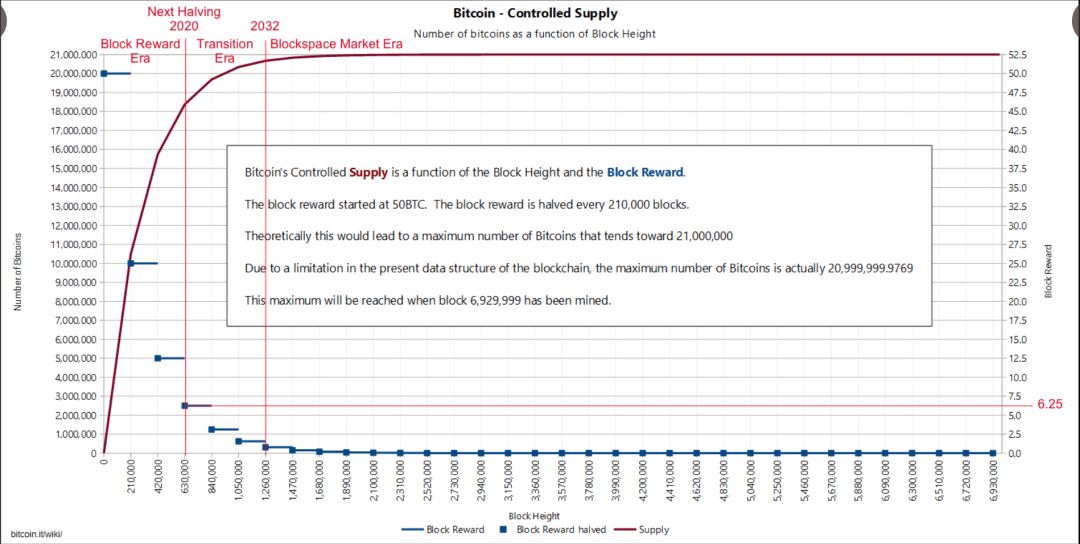 When Bitcoin doesn't even allow Tether to stay on its block, how will it compete with Ethereum for block space requirements?

User CK comment: In your opinion, is Bitcoin's block too small or too big?

Ryan Sean Adams reply: nothing to do with block size. Bitcoin may not be useful enough compared to other networks.

1. According to CoinDesk, US Secretary of State Pompeo said in an interview with CNBC Squawk Box that cryptocurrencies should be regulated like electronic financial transactions, although it is difficult. 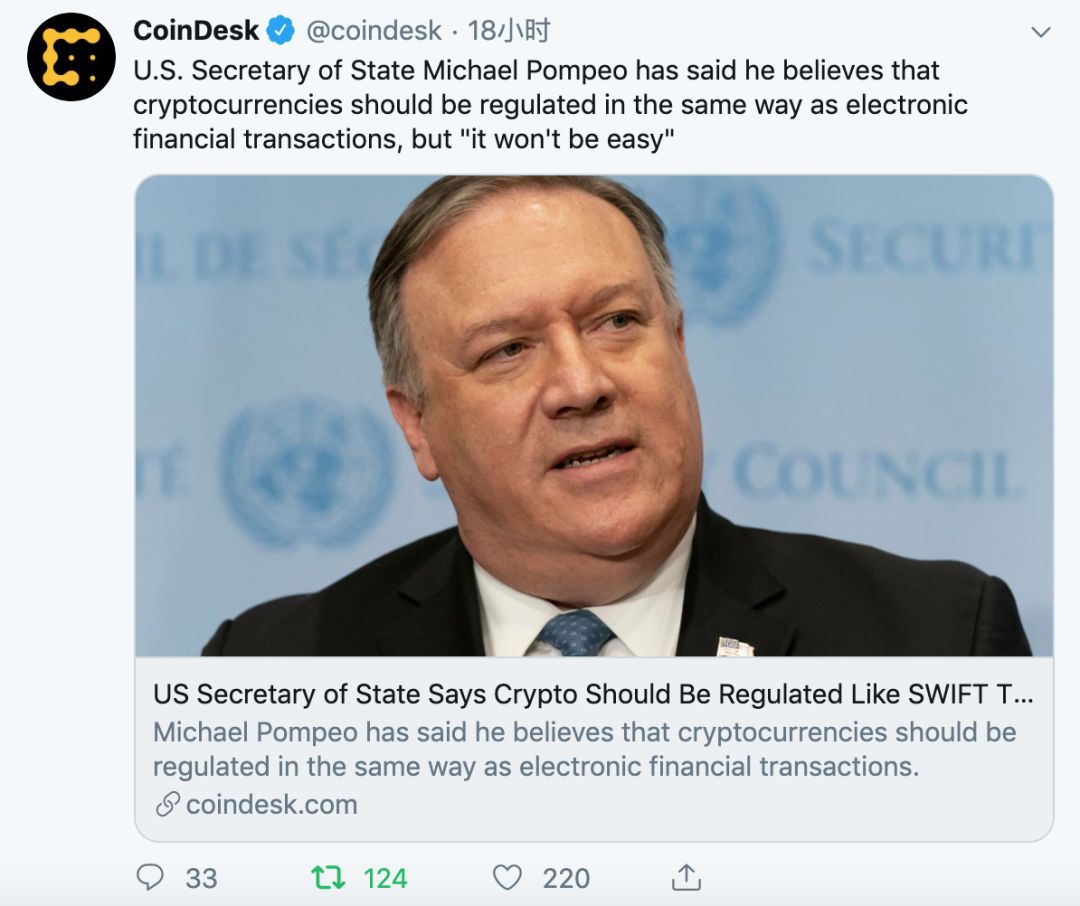 2. According to The Block, TEDA plans to issue a new stable currency, CNHT, anchoring offshore renminbi, which is reserved by a Belgian bank. 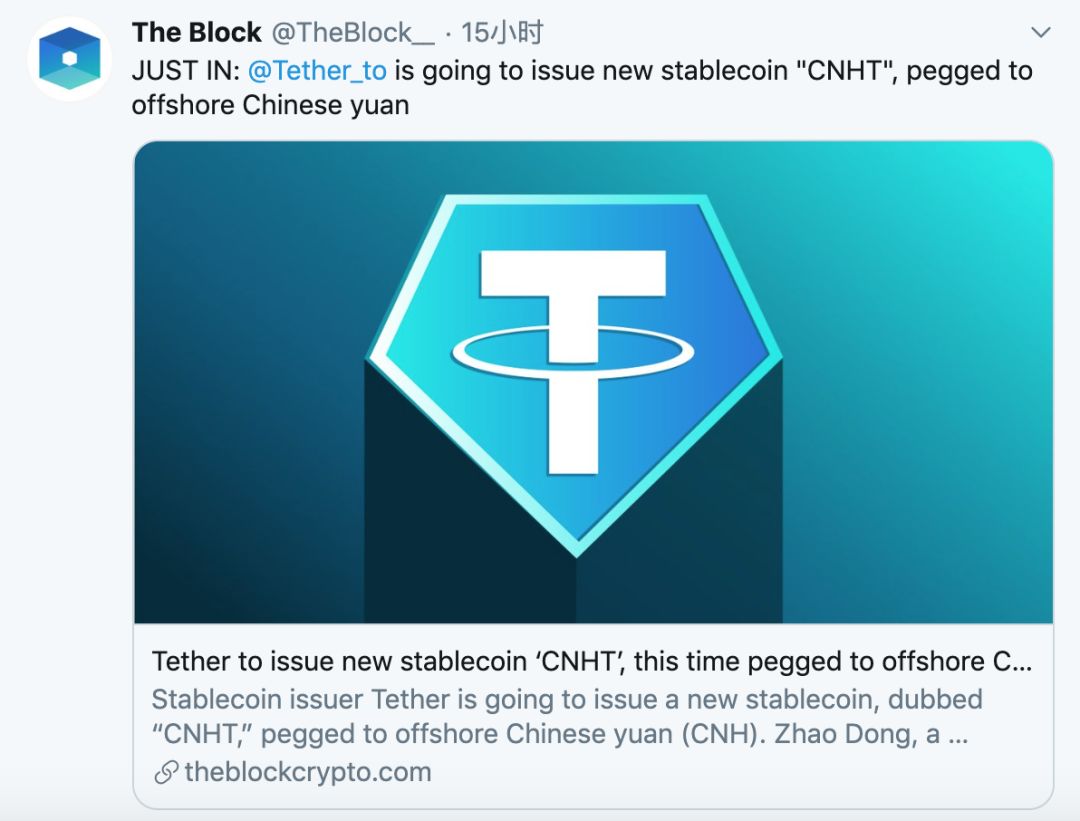 3. The Office of Foreign Assets Control (OFAC) of the US Treasury Department sanctioned three Chinese citizens and their cryptocurrency addresses (blacklisting their Bitcoin addresses and Litecoin addresses), claiming that they violated money laundering and drug smuggling law. 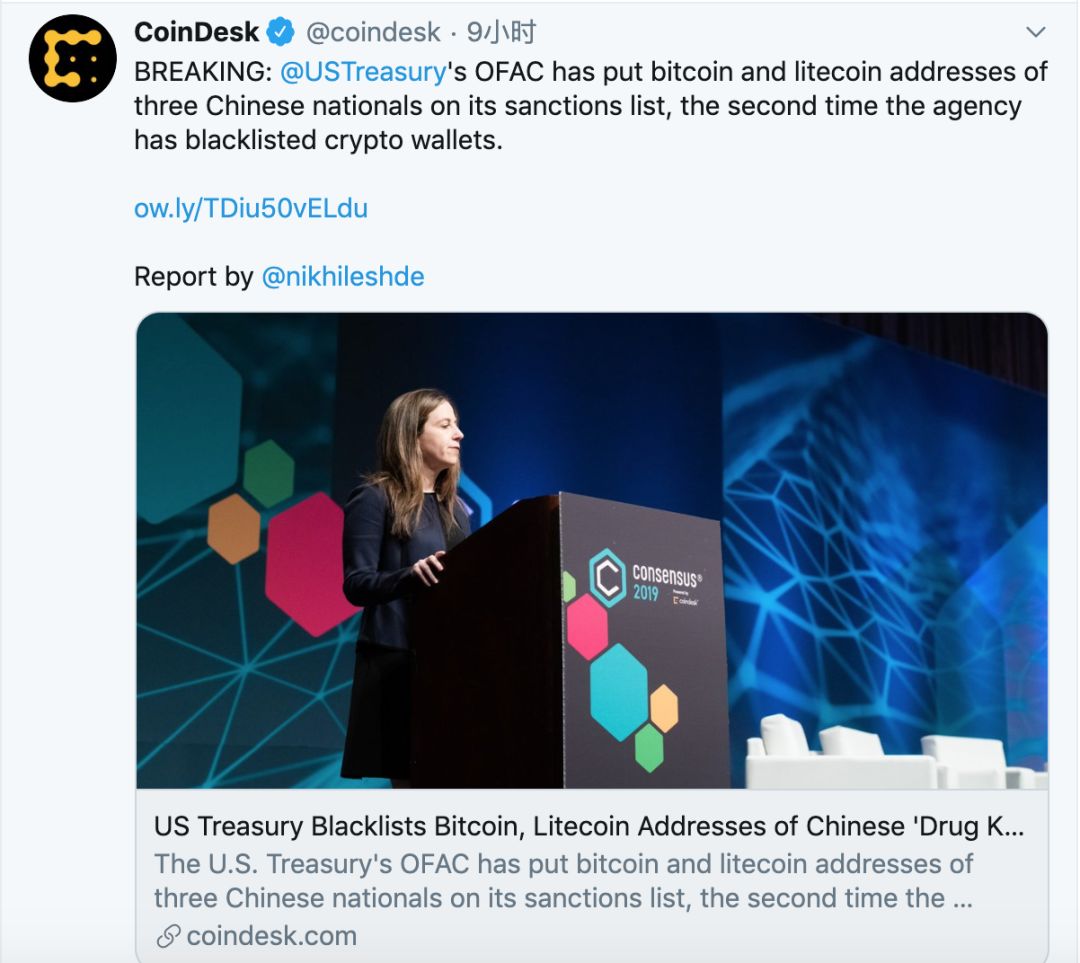 Today's panic and greed index is 41, the level is still panic