Recently, there is a saying that is more popular. After 70 real estate speculation, after 80 stocks, after 90 coins, after 00 fried shoes, the profit rate of fried shoes seems to be not comparable to the speculation, to be honest, the current fried shoes and the current year The fried domain name is almost the same, and the speculation is limited. At the time, the bulk domain name was fried five digits and four initials. The latter could not control it. It began to sweep five initials and six numbers. The plate was too big, and the funds were too small to collapse. Let's take a look at the performance of the market today. The Doomsday ETC is soaring and mad, and it is about to collapse. The market's volatility has narrowed today. Bitcoin has remained oscillating around $10,000. It has not seen any clear signs of falling. I personally still wait and see, I think this round may be the beginning of a medium-term adjustment, so I am not ready to take the shot.

Recently, we have been warning about the risks. BTC is currently oscillating in the place of 10,000 US dollars, and the decline has somewhat narrowed. However, I personally do not think that we can get support in this place. We can see that the previous rebound has not exceeded 11,000 USD. Once again, I think the target will at least break the low of $9,518 formed on August 15th, and then determine whether the triangle's uptrend line can form an effective support if the target falls below the important support level of $9,000. I personally think that the mid-term adjustment will start, and there will be no trending opportunities until the end of the year. 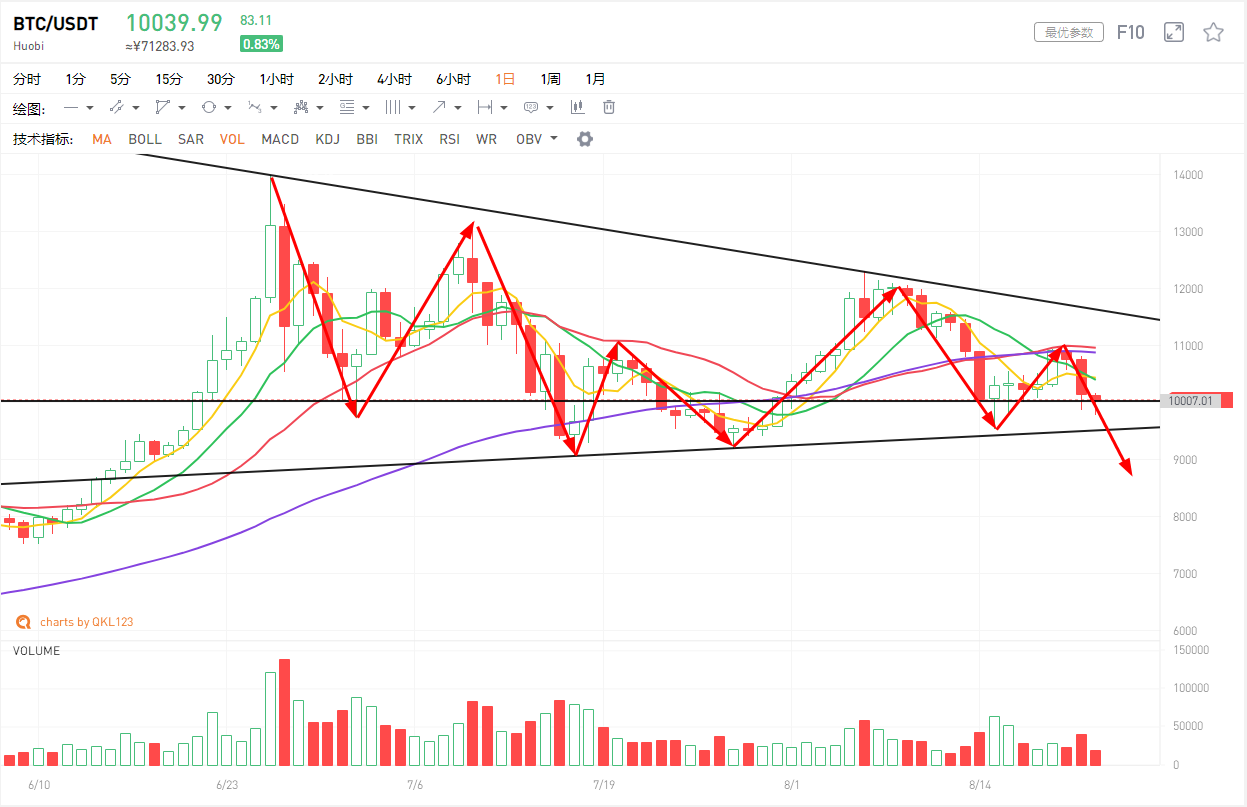 The trend of ETH is very bad. We have always stressed that the strength of this round of BTC is determined by the nature of funds. The other targets only have the following attributes, which will never become the protagonist. Now it has begun to fall back. It was originally a group of funds with the wind disk, falling back. The range is naturally much larger than that of the BTC. The target has confirmed the break of the important support level of $200 a few days ago, confirming that the break has been effectively broken, so the personal recommendation is still cautious, the target is still There is no sign of the bottom, there will be a process of continuing to explore, if you stop falling, you still have to look at the face of BTC. 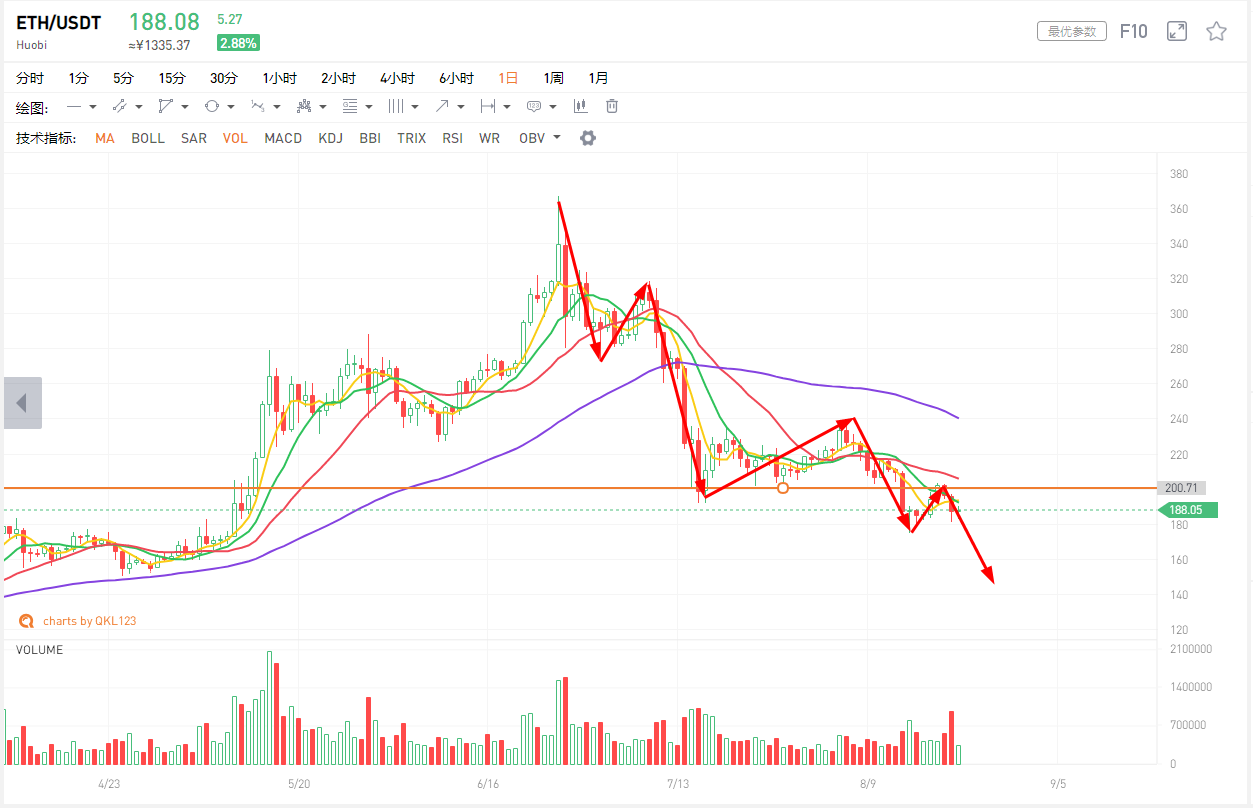 BNB has never been able to stand back to the rising trend line of the triangle again. As we said before, the original break is effective. Next, the target will start the mid-term adjustment. The first target of the target is On July 17th, the itinerary was supported by the low of $24.17, and we believe that the support of the low point will be broken during the downswing, or it is mainly based on the risk. It is not recommended to check the bottom at this time. the Lord.