From Wall Street, a digital currency trading team that returned to China last year revealed to the trading door that they have begun to use their accumulated professional quantitative trading technology to apply to the relevant shoe exchanges in China. The rate of return on traded funds is as high as 70% of monthly earnings.

Not enough, I will take another one million

"After 70 real estate speculation, after 80 stocks, after 90 coins, 00 after the shoes." In May this year, when I was eating with friends in the VC circle, I heard them say that I have not taken seriously. But recently, a former currency circle announced to me that they have opened the "shoe exchange". The big man had previously opened an exchange, holding nearly 10,000 BTCs at the peak.

I also found another interesting piece of data. In an article, "Why should I quit the coin, All in fried shoes? In the book, the author selected 26 popular models in the top 100 sneakers yesterday. The turnover of these 26 sneakers has reached 450 million yuan, exceeding the volume of 9431 companies on the same day.

In March 2018, I was concerned about some news about the sale and purchase of the sneaker market on Weibo and 36kr. At the time, I judged this to be a subdivided e-commerce. For a market with strong demand, it is normal to generate vertical e-commerce. In the middle of this year, I chatted with some VCs and learned that several platforms for sneakers have been valued at $1 billion.

According to the previous data analysis of “Growth Black Box”, we can see that the three platforms at home and abroad are in a state of growth through the comparison of time dimensions. Among them, StockX growth rate is the slowest but steady; Nice in the beginning of 2019, GMV began to overtake StockX, and then nice under the capital's blessing, in July, with a growth rate of more than 200%, has faintly caught the momentum of over-toxic apps on GMV; Poison App has risen rapidly, ranking first among the three. Although the gains have declined in April-May, it has returned to its previous high-speed growth in the past two months. Poison APP has a monthly GMV of 2.5 billion yuan, and nice is also 1.5 billion yuan. The platform of the sneakers from the United States has developed to 750 million yuan per month.

The data also shows that China's shoe market is growing at an incredible rate. From this point of view, the several platforms mentioned above add up to 450 million turnover, and I don't think it is outrageous. 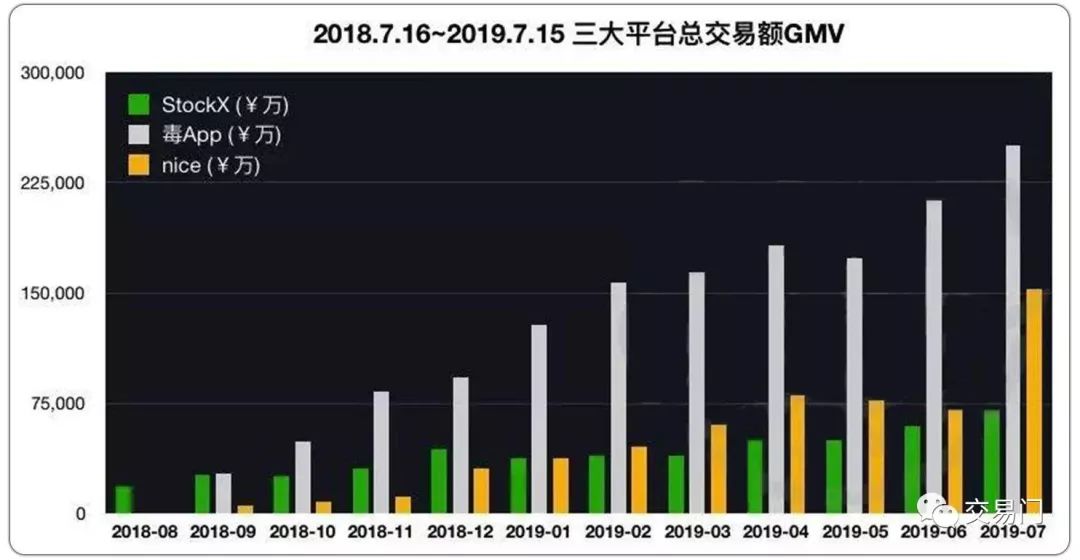 A pair of shoes worth $17 million ? ! You didn't get it wrong, it's $17 million, which is the most expensive shoe trading record on record. 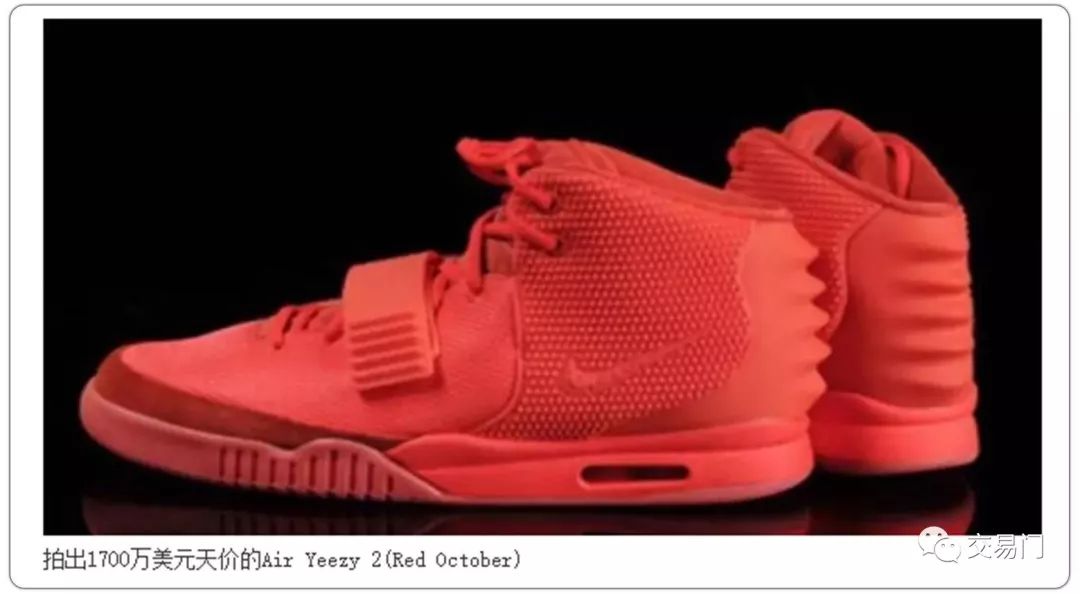 Adidas issued a 350V2 white zebra coconut with a price of less than 2,000 yuan in 2017. Within a week of listing, the price quickly reached more than 10,000 yuan. Nike's FF WHITE x Nike Blazer Mid rainbow color matching shoes are also priced at 899 yuan, but the price on Taobao has been as high as 8,000 yuan. 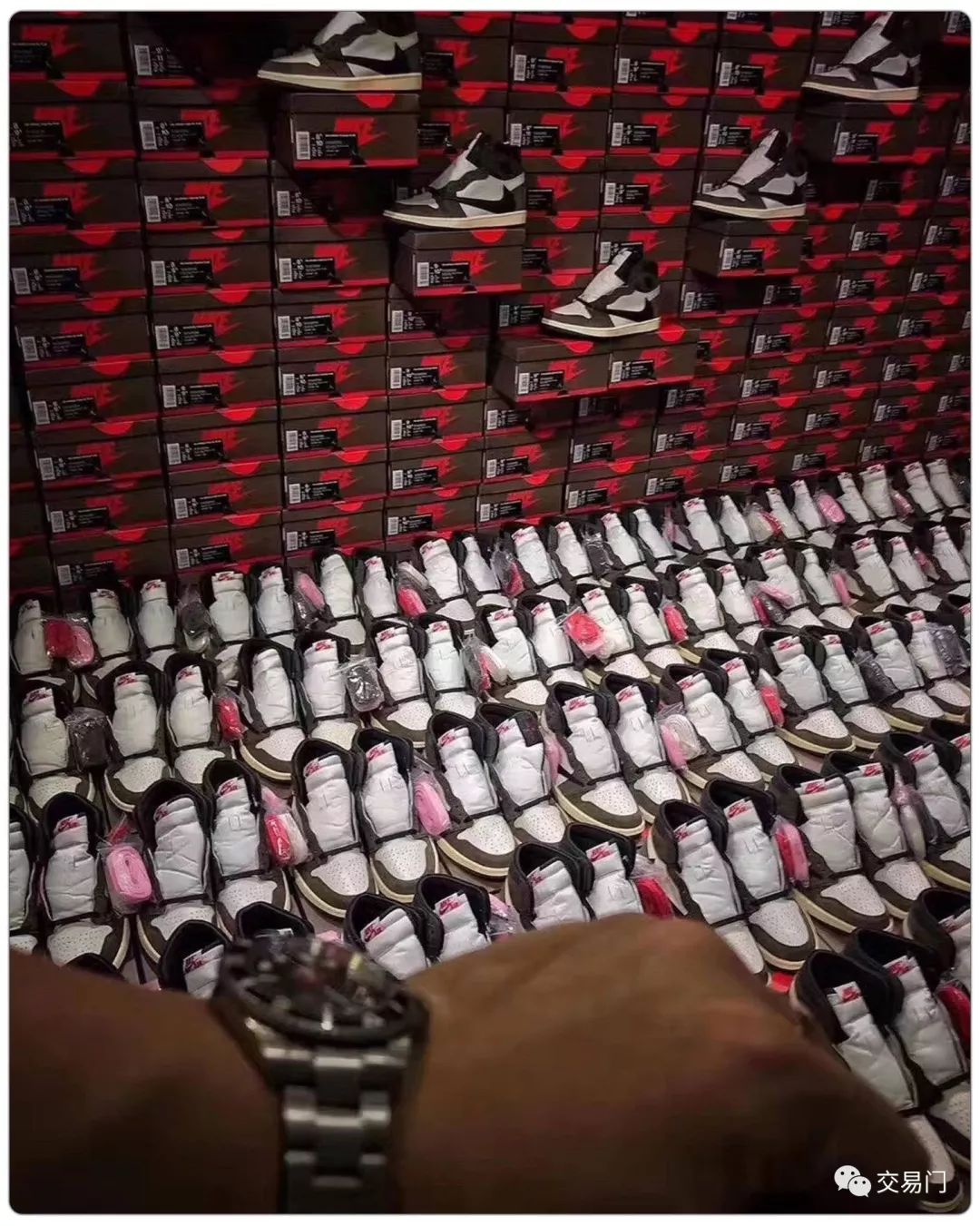 a shoe store for a pair of shoes in the group

With less supply and lower downstream demand, such a market naturally has to attract the involvement of capital players (that is, the poison and nice we talked about earlier).

In order to gain a deeper understanding of the relevant shoe market, we sneaked into a newly formed shoe discussion group.

At present, the biggest online trading platform for sneakers in China is the “Poison” APP. We found a pair of shoes in the APP that these enthusiastic friends just said that they have earned several times after they sold for a few days – Air Jordan 1 Retro High Satin Black Toe Women's Red Silk Black Toe .

According to the senior shoe-smelling person Black Tuo, " One hour doubles , this is a commonplace. If you don't fire shoes, you will soon be eliminated by the times. This is the latest opportunity for our generation to get rich, what to speculate, stocks, Futures foreign exchange, all are garbage !" 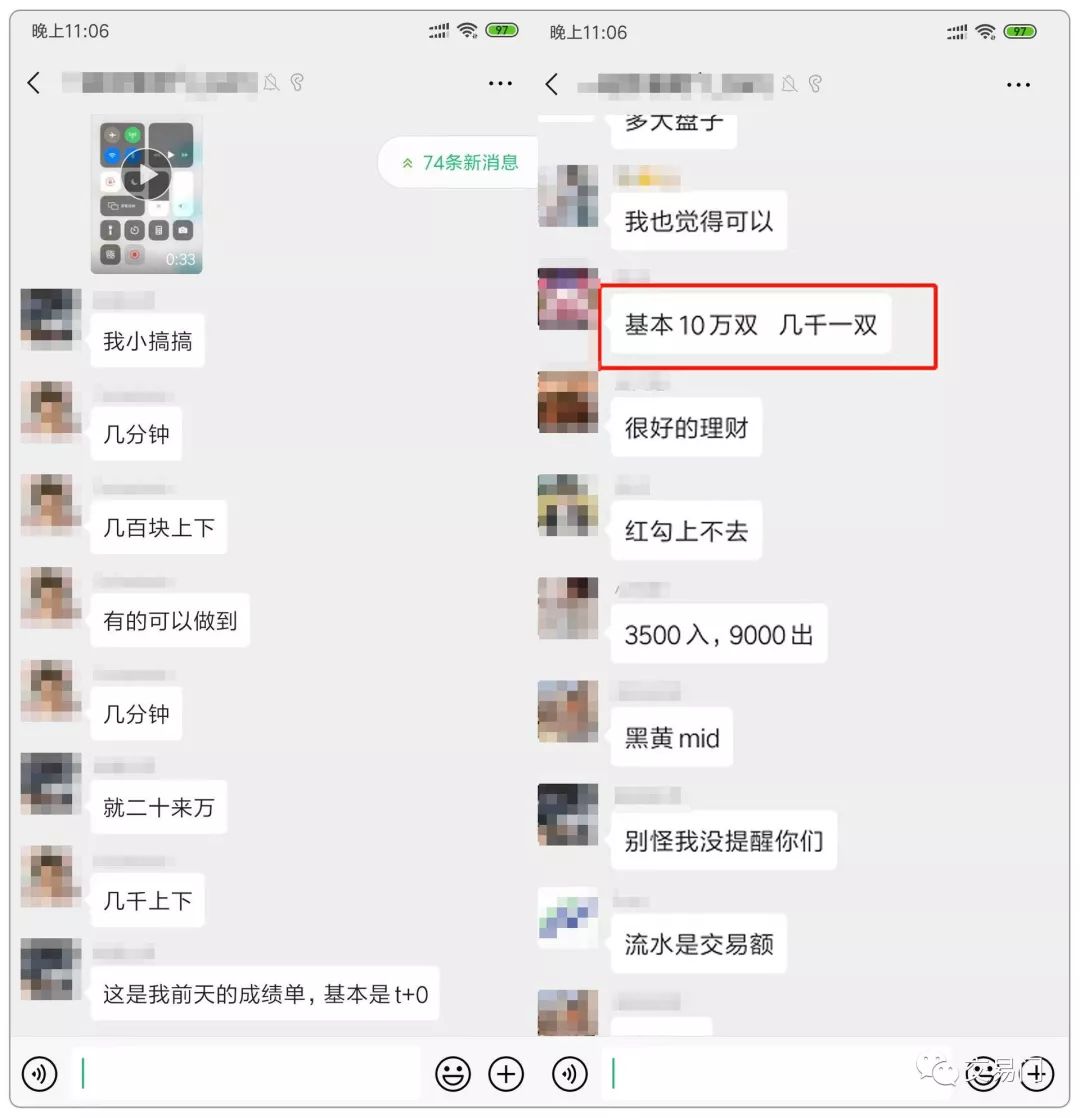 In the group of fried shoes, I learned from these young people a variety of shoes "pose", from the brand to the circulation, the designer, how to stare…

From time to time, the group still swears a golden sentence – for example, I can't see the speculation, and contracted my two days of laughter. 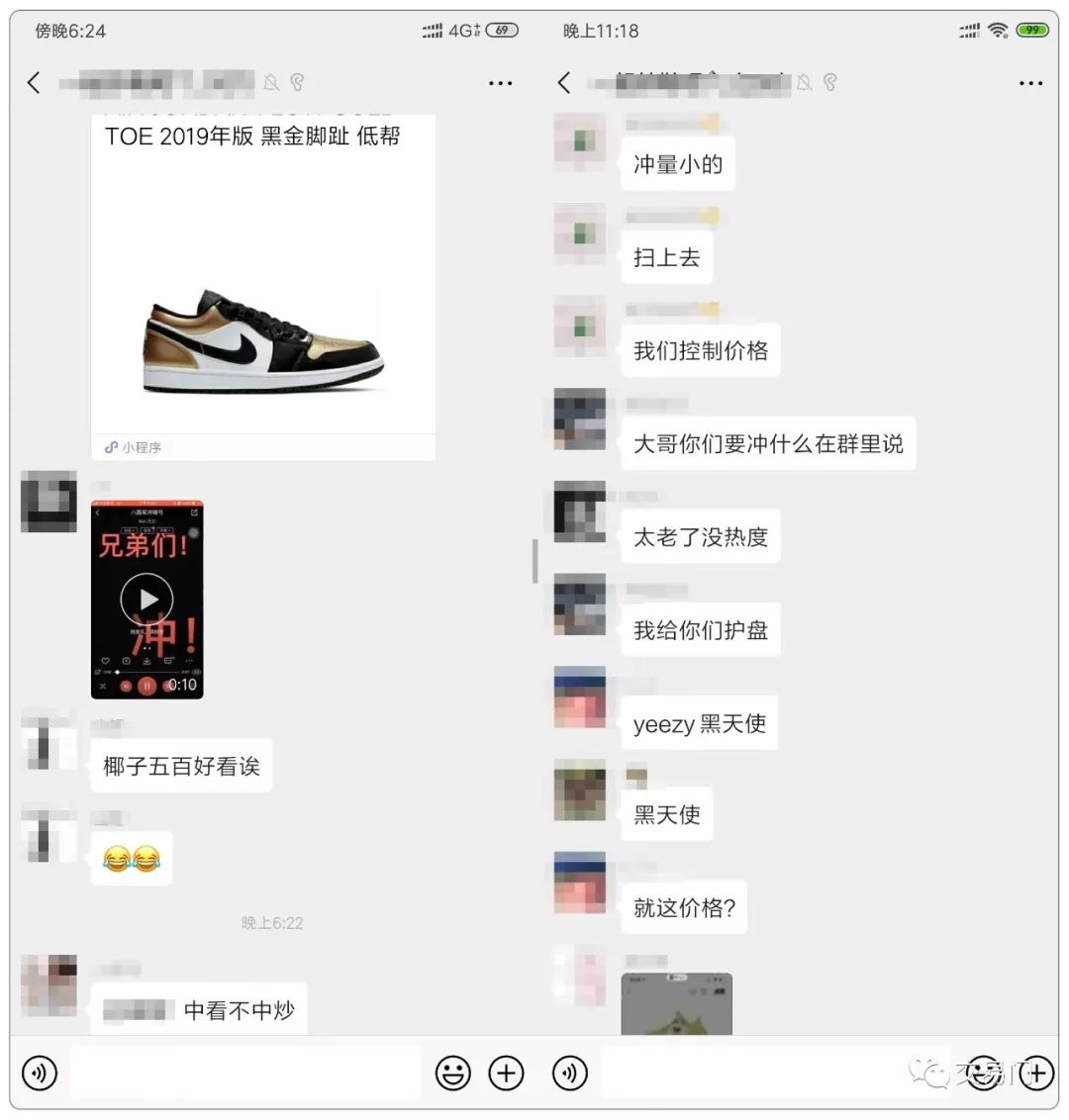 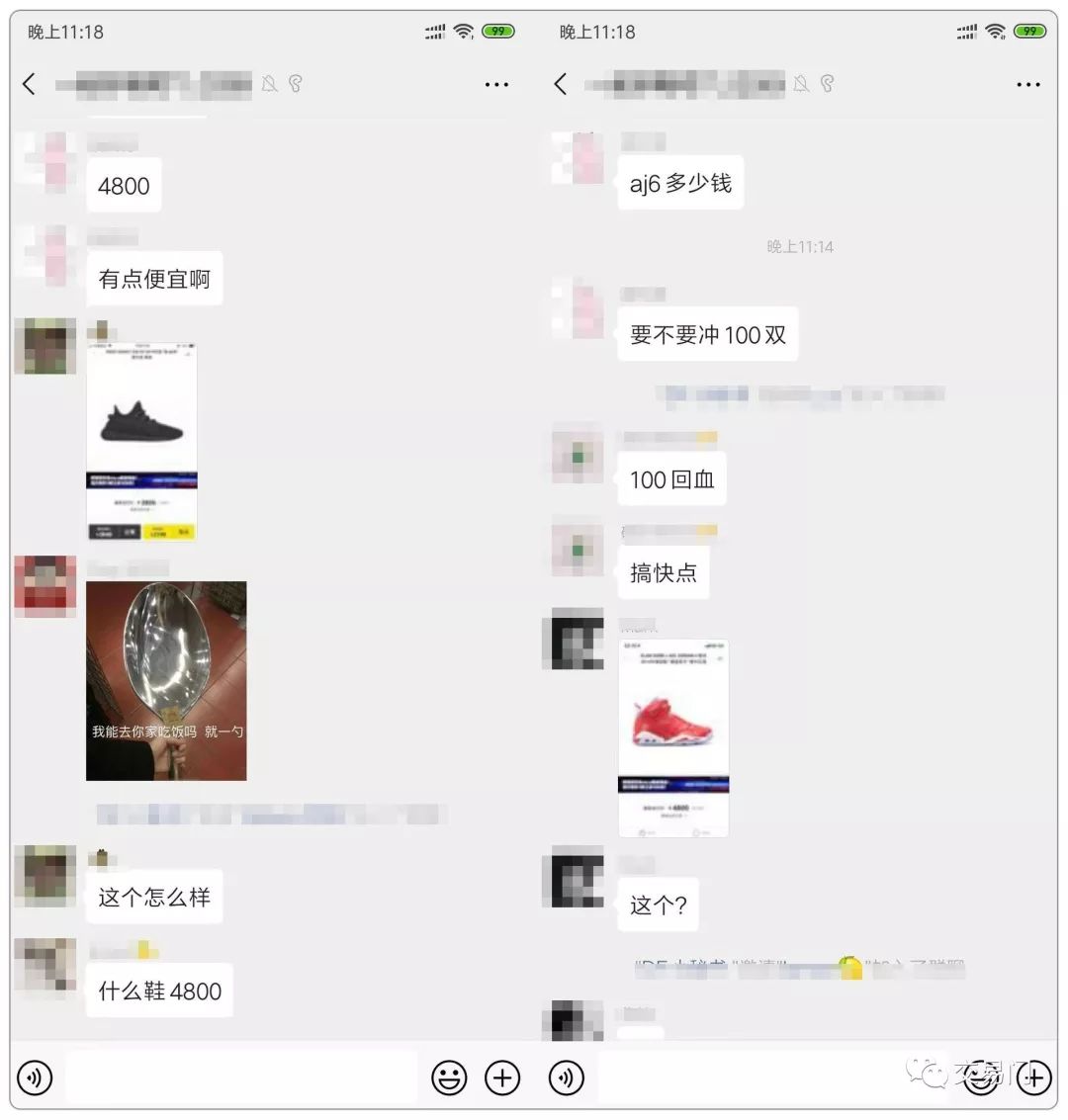 Some people in the group often shout "rush", and the sneakers of thousands of dollars are rushing to him for hundreds of pairs (PS: rushing to the full stock in the stock, the currency circle stud). When someone shouts, someone puts the PLA charge. The small screen of the number, listening to the sound effect, gives an unusually shocking feeling 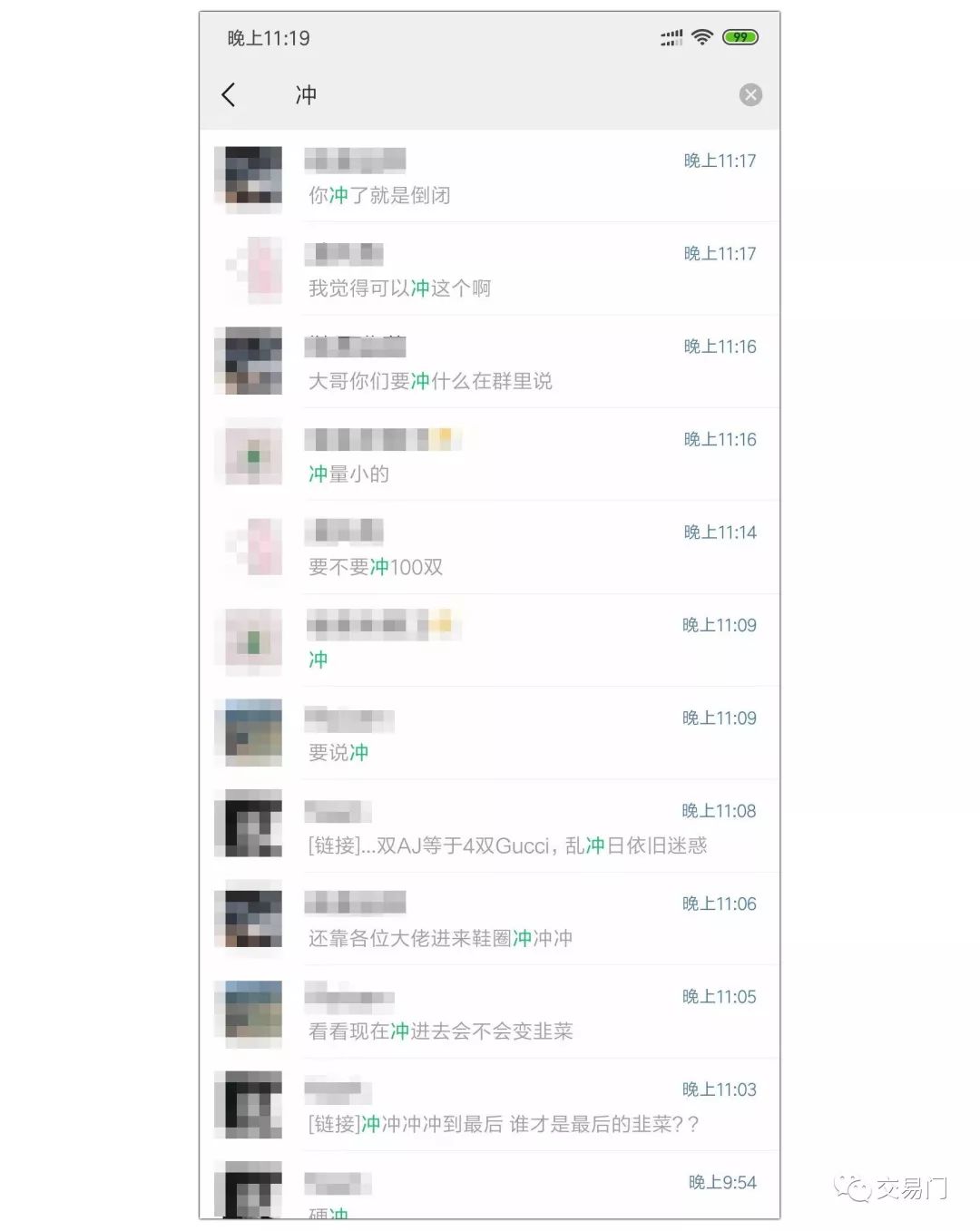 The three large-cap indexes of shoes derived from fried shoes – Jordan index, Nike index, Adi index, friends who fry shoes every day keep an eye on the market and we keep a close eye on the stock market. The difference is that the footwear market is up and down every day. The number of digits is facing up.

From time to time, some friends of the currency circle came out and asked some coins and sneakers unclearly.

The currency circle of all beings, just like the stockholders who were stepped on the foot of the coin at the beginning of last year, was madly rubbed on the floor by the new generation of 00 after the shoes! 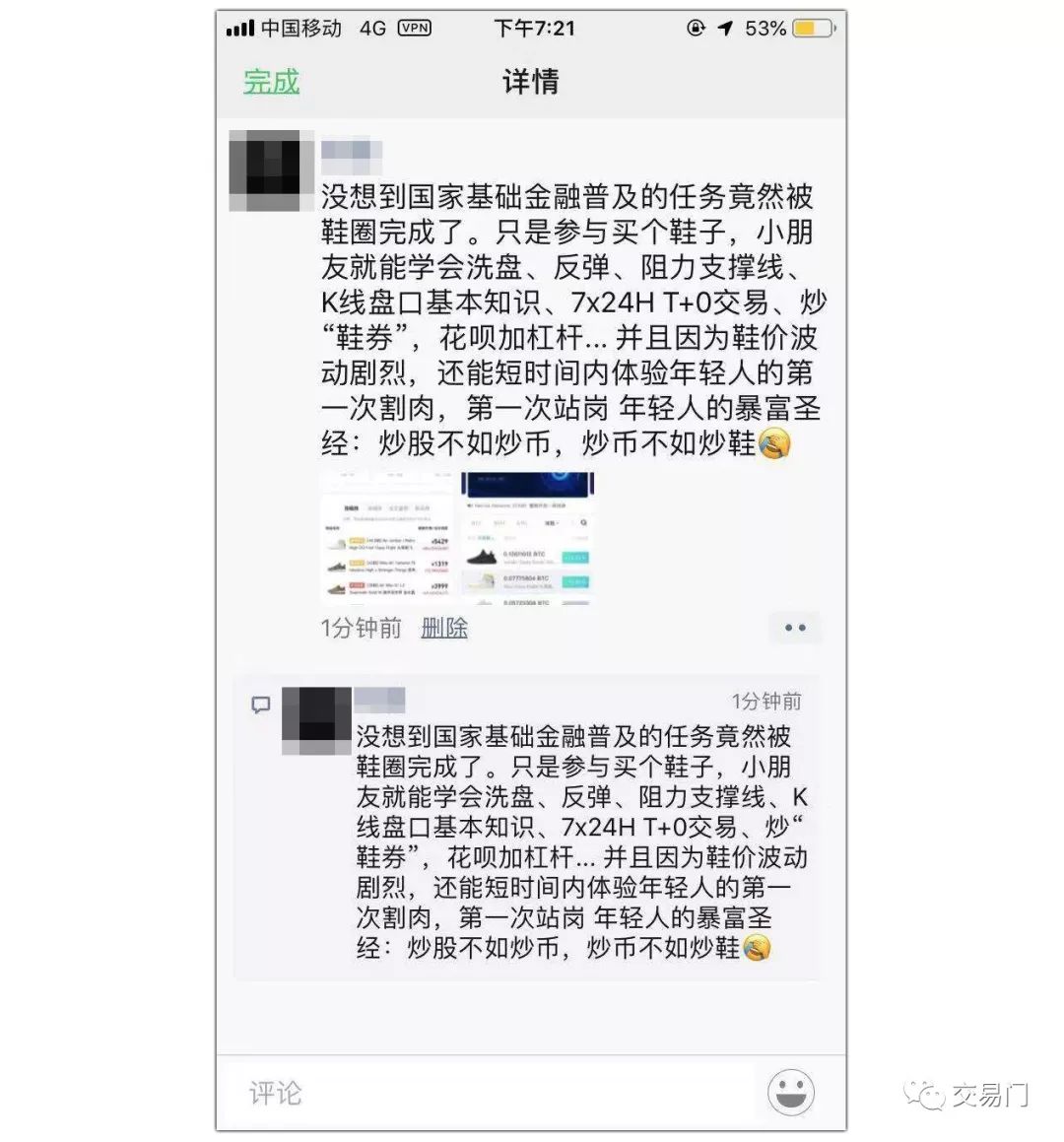 The currency circle is not as good as the fried shoes

At present, many shoe exchanges such as poison and nice have started electronic trading, time-sharing charts, pending trading, K-line and other professional financial speculation speculation. This further strengthens and enlarges the sneakers and hype atmosphere. 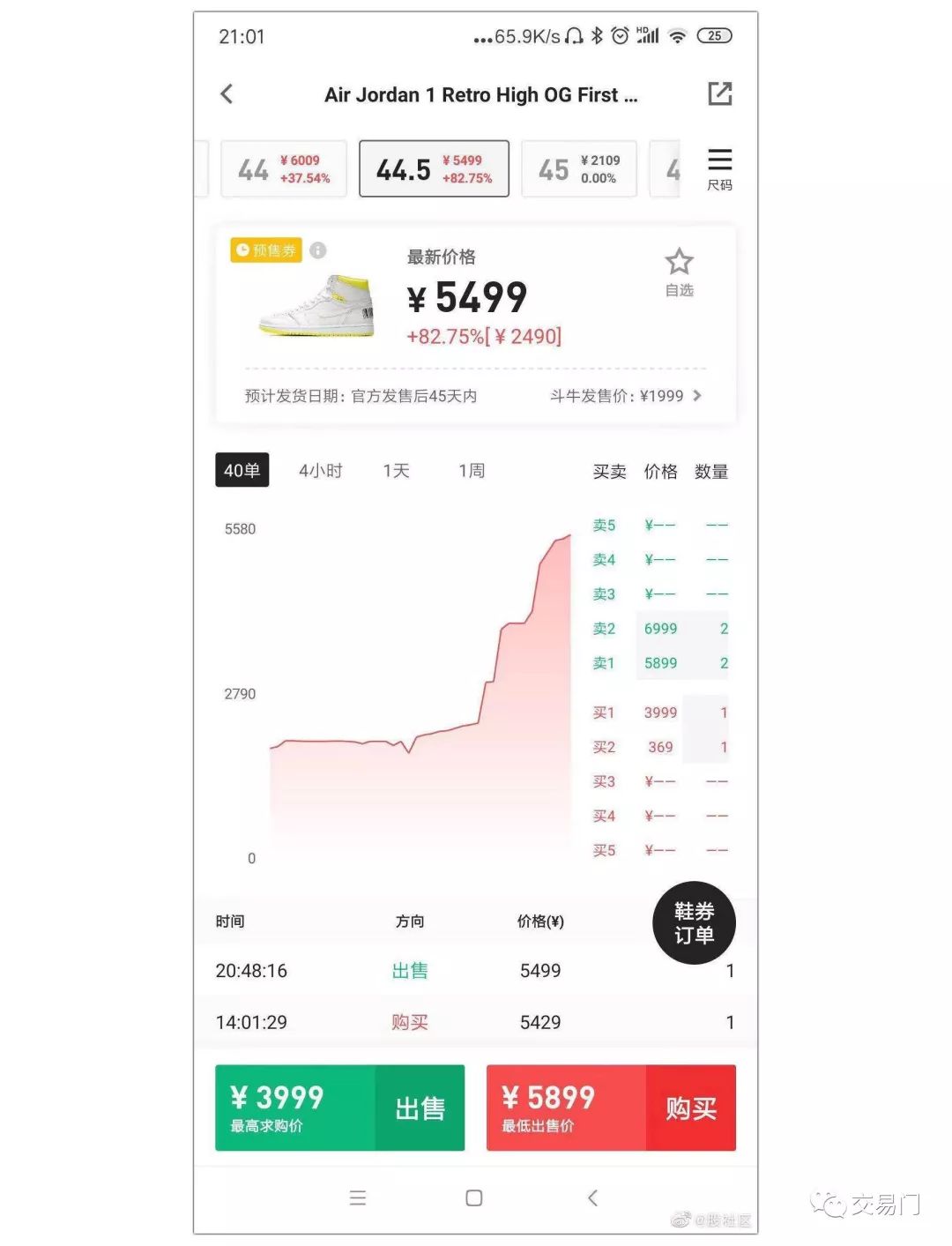 2. The Great God of the Coin enters the market and claims to buy 500 bitcoins to buy shoes.

When chatting in the group, I accidentally saw a big question asking, "100 bitcoin shoes are not enough to enter the market", and then added a sentence, if you make money, he will sell 500 bitcoins to sell the shoes. . Let's take a close look at the currency of the billion-dollar speculation. 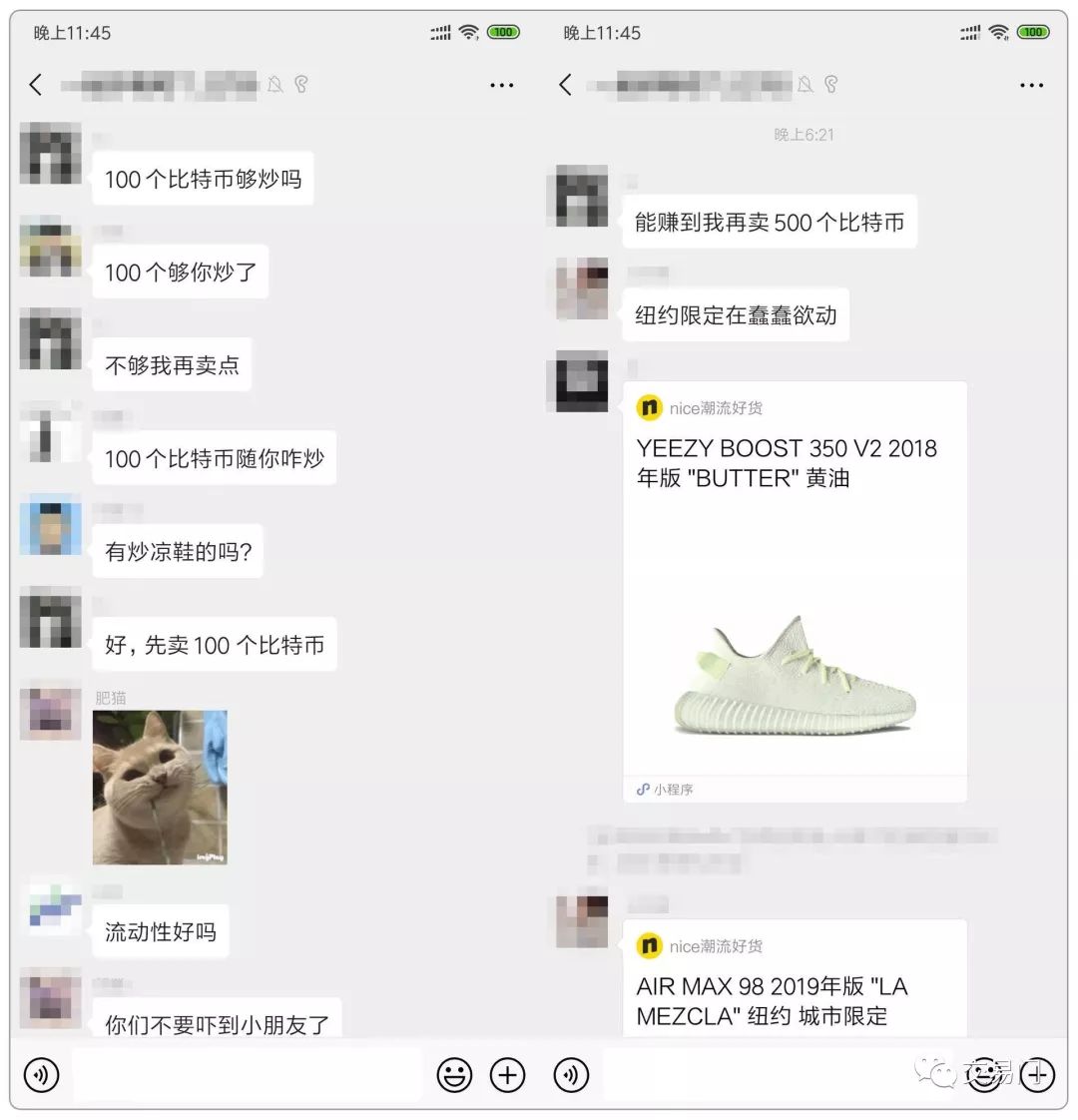 The Daxie then exposed his digital currency position account. 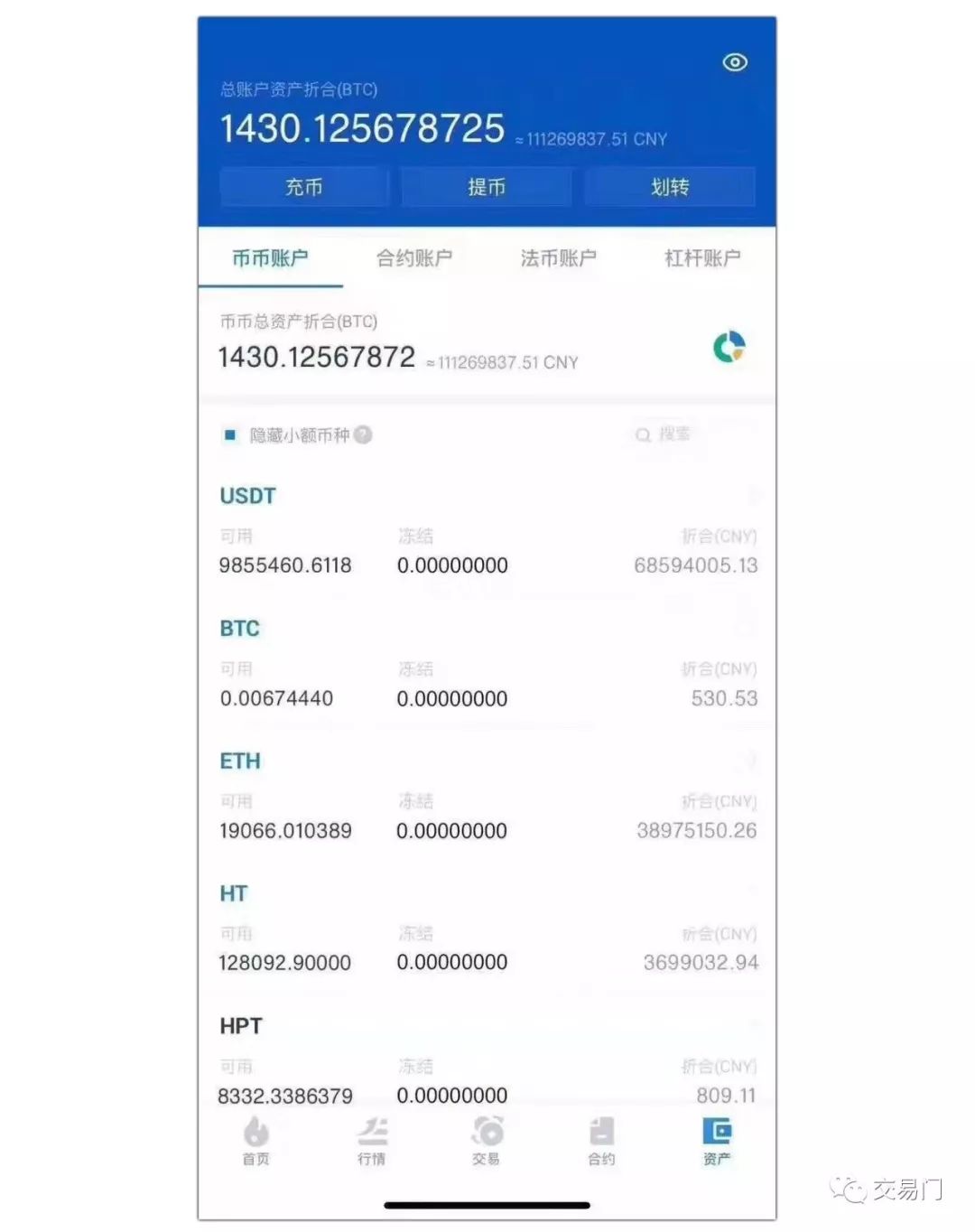 3. The exchange fully supports the shoes

According to relevant sources in the currency circle, the well-known digital currency exchanges COINEX, BBX, ZB, etc. all open digital currency, and traded many popular shoes such as AJ1 barb, yeezy, black starry, etc., and claimed that they can contract transactions. This will allow investors after 00 to purchase shoes through digital currency, which can enjoy the gains from the digital currency and the market benefits of the shoes themselves. They aim to create a decentralized global leading digital currency footwear exchange and strive to be the Nasdaq in the field of footwear. 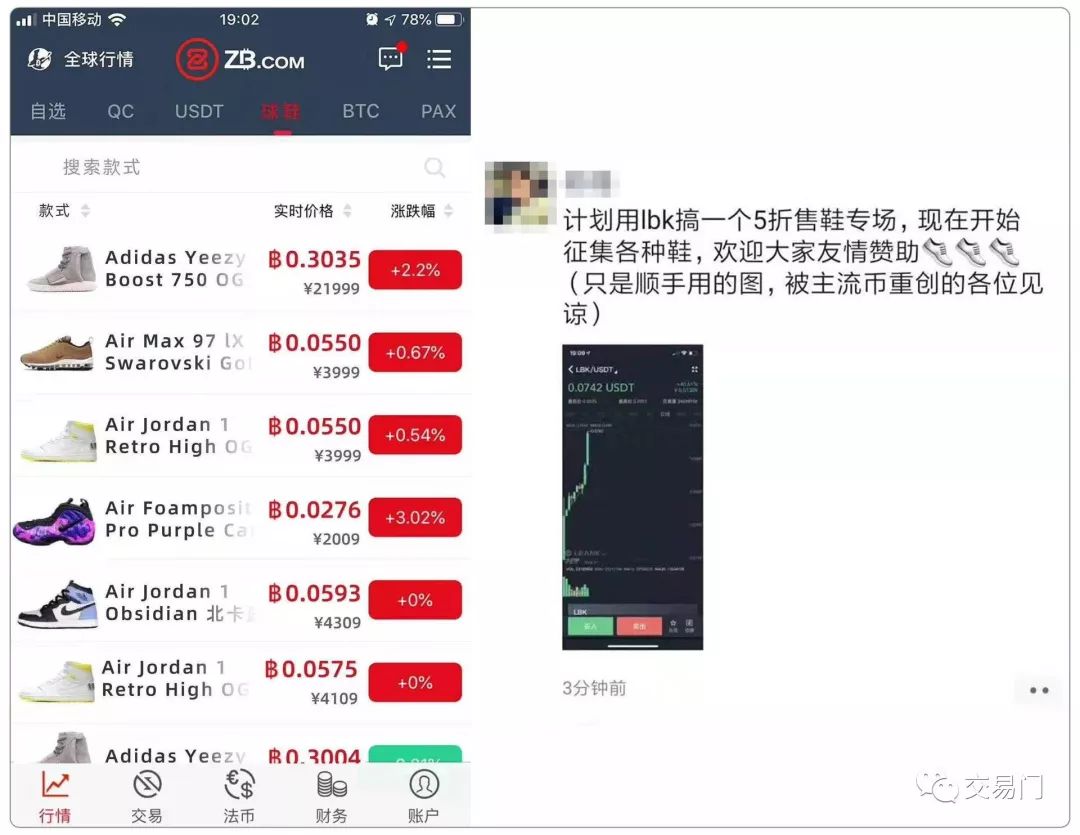 The rise of the exchange and the entire shoe market has caused a large number of speculative speculators to rush into the shoe market. The author witnessed a sneaker that surged 50% in 2 hours after being listed on the relevant exchange. Some people will have rivers and lakes. Just like the stock market has a variety of big gods and analysts who are arrogant, the shoe market is now also a lot of "great gods" that lead everyone to speculate on shoes, telling a lot of experience in the shoes, so that everyone is not quilted – often utterances: "Do not chase high, have patience, long-term value investment" and so on. 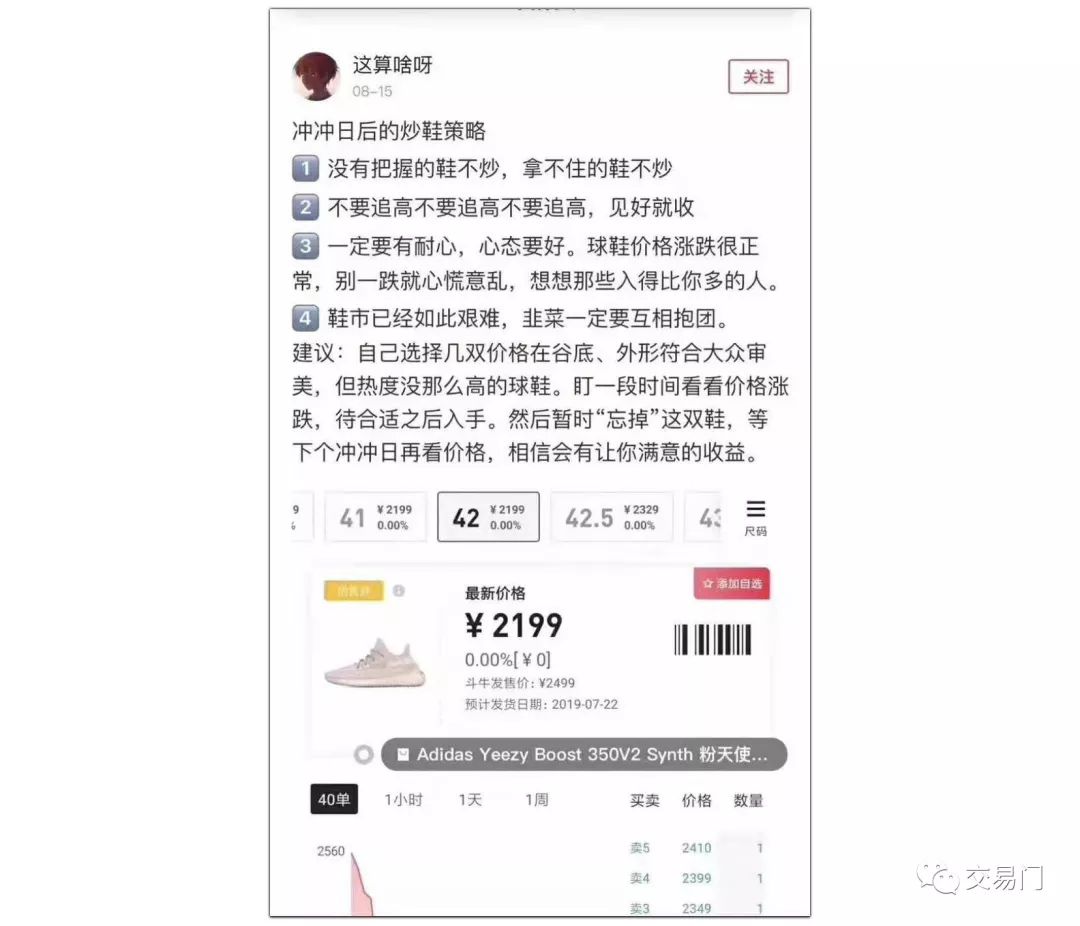 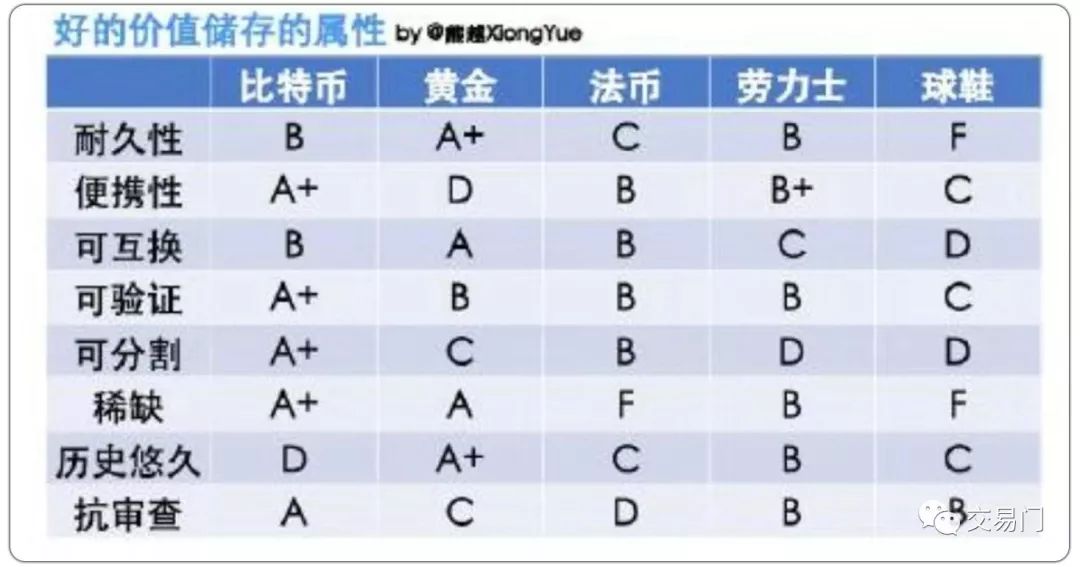 5. Cash Loan, Internet Finance
The popularity of the shoe market has also attracted the hot cash loan bosses of the past few years. After the hot-selling shoe circle, the crowd loves to gamble naturally is the best cash loan crowd. I don't know which boss has launched such a shoe-selling cash loan product overnight. The daily interest rate is 0.1%, and the first interest rate is 10%. After 00, the meat grinder that is ready to tremble and cash loan is coming.

From Wall Street, the head of a digital currency trading team who returned to China last year revealed to the trading door that they have begun to use their accumulated professional quantitative trading technology to apply to the relevant shoe exchanges in China. At present, the single-time liquidity of the footwear market is small. (Basically limited shoes), the scale has not yet exerted force, but the return on the transaction funds is as high as 70% of the monthly income.

For the quantitative trading team, the current difficulties are data structuring and trading orders, as well as liquidity and capacity problems. But the person in charge said that with the popularity of the shoe market, it is believed that the shoe market is entirely likely to become a supermarket for digital currency. According to him, a number of digital currency trading teams are taking the time to prepare for the new virgin land that is amaranth.

Last year, everyone said, "One day in the currency circle, ten years in life." Looking at it now, the shoe market is going to be a day! The last reminder: I did not participate in or invest in any shoes (Sichuan people never believe in "shoes"), and did not accept any blockchain and sponsored shoes platform. This view only represents individuals, investment risks, market entry cautious!

Survey: British people are curious about cryptocurrencies, but still keen on cash

The report shows that nearly 50% of the exchanges have less than half of the real trading volume.