Abstract: The attitude of “staying and not speculating” re-emphasizing in the Politburo meeting has accelerated the cooling effect of the property market, and the huge demand for market capital will be a rare opportunity for Bitcoin to break out.

The Central Political Bureau meeting held in the second quarter not long ago clearly reaffirmed the attitude of “staying and not speculating”. The meeting clearly stated that “no real estate is used as a means of stimulating the economy in the short term”, which made the traditional financial market move. The central government's resolute “remediation” attitude towards the real estate market has made the financial market see a huge “replenishment bank”. This part of the huge amount of money that needs to find new destinations has aroused the market's high attention.

In addition to controlling the rise in housing prices, the “households are not speculative” will reduce the cost of the real economy to a certain extent and indirectly increase the disposable income of residents. In addition, under the clear expectation of “staying and not speculating”, the demand for domestic investment real estate is expected to be significantly curbed for a long period of time in the future, and this will definitely make the trend of residents’ wealth entering the capital market more and more clear. Or, in other words, some of the current real estate funds have a need to find new investment markets.

For a long time in the past, the property market has been very attractive to investors, especially to investors with large capital. The reasons for this are mainly due to the comparison of traditional investment targets such as real estate, securities and bonds. There is more "added value".

For example, in addition to earning the difference in the process of rising house prices, investment real estate also has the function of residential use, and it can also obtain the additional income of rent. It is much harder to invest in real estate through mortgages than in the stock market, and the leverage is relatively large, so this is also conducive to the speculation of funds to obtain more income in the case of similar market performance. Since the domestic housing market has remained in a very stable upward trend for a long period of time in the past, it has undoubtedly further reduced the risks that real estate investment has to bear. Looking back at the historical performance for quite some time, the investment income ratio of the property market is relatively Traditional investments such as stocks and bond markets have been far ahead.

For the traditional investment market, its advantages are mainly reflected in stronger liquidity, lower transaction costs and lower participation threshold than the property market. However, due to the high risk characteristics inherent in financial assets, the proportion of financial assets in the wealth allocation of Chinese residents has been at a low level.

Compared with developed countries, there is a lot of room for adjustment of the status quo of Chinese residents' asset allocation. 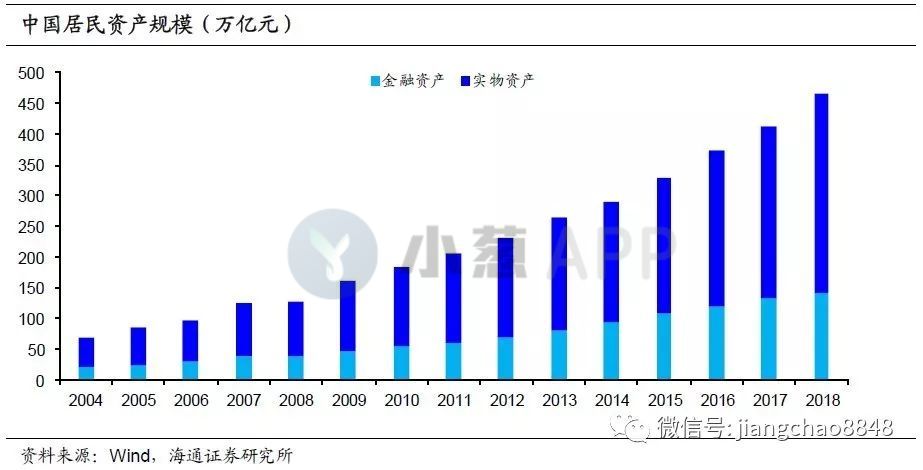 It can be seen that with the continuous deepening of the tone of “staying and not speculating”, China's financial market is likely to usher in a major development opportunity in the future. For investors who are not self-sustaining, the full range of policy restrictions will undoubtedly greatly weaken the attractiveness of the investment property market. Finding other markets with more profitable effects will become the main problem facing this part of the funds.

Of course, some funds that have long been rooted in the real estate market are themselves the demand generated by investors in order to enrich their asset allocation. After the implementation of the new policy, this part of the funds is undoubtedly more urgent for exiting the property market, except in the stock market and bond market. In addition to the addition of traditional financial assets, emerging investment targets are likely to receive more attention during the current round of shuffling.

Where will the money go?

For Chinese investors, A-shares are clearly the "preferred" in their minds. At the beginning of this year, A shares have gone out of a wave of Mavericks. Even in the past, they have been hit by trade frictions. At present, the two indexes of SSE and Shenzhen Securities have maintained considerable growth since the beginning of the year. The increase reached 15%, while the Shenzhen Component Index achieved a nearly 30% increase.

However, back to the market performance in the first half of this year, the current high-profile investment target competition seems to have become a "game" without any suspense. The “hegemonic” investment target that really leads the market is the still controversial bitcoin. Although there have been many twists and turns in the past two months, and indeed there has been a strong price correction in the recent period of time, as of the beginning of the year, Bitcoin still has a surprising increase of over 150% since the beginning of this year. The opening of the two major stock indexes of A shares, and the gold that has been regarded as the "catch-up target" of Bitcoin has always been known for its high volatility. Obviously, it is also unable to shake the leading position of Bitcoin in the first half of the year. 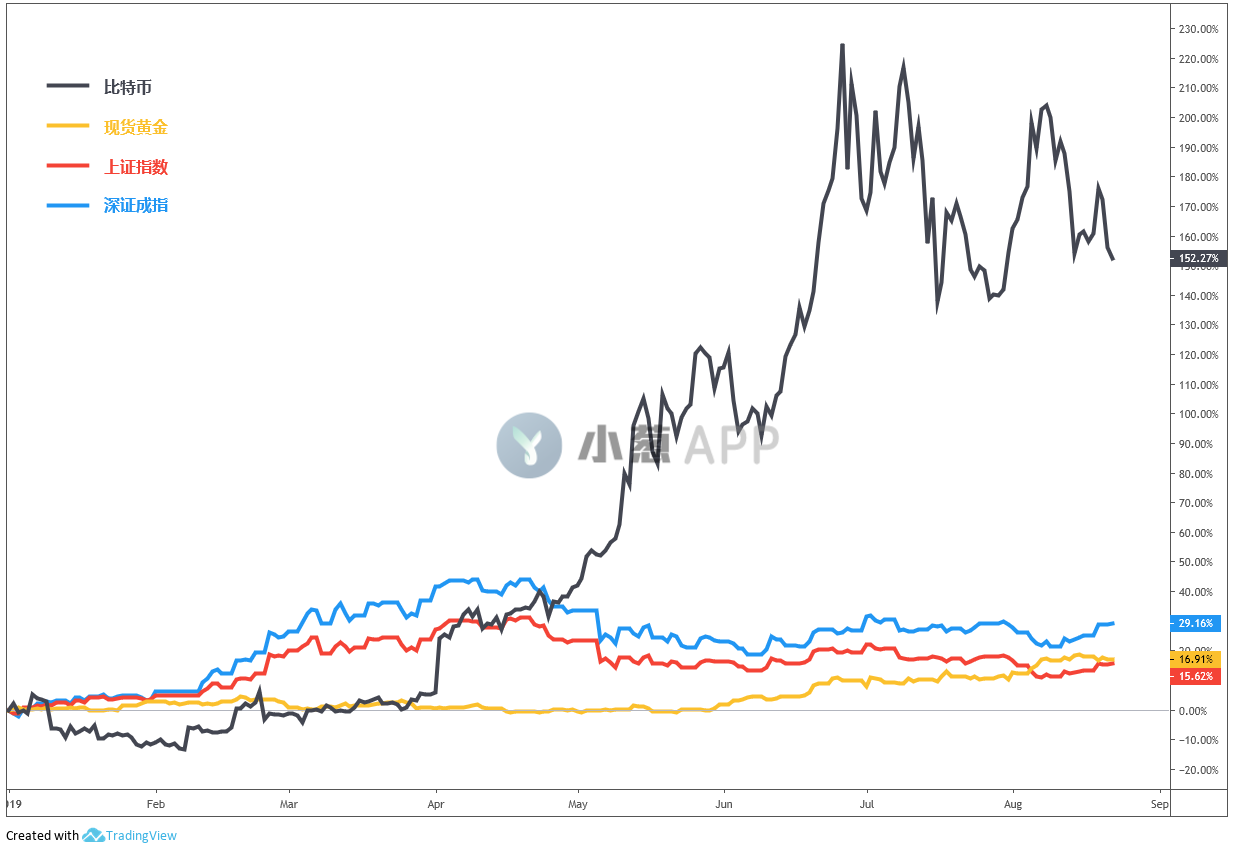 If the reader has doubts about the matching of the time slot in the above chart with the bitcoin Maverick market, then we can further expand the sample interval of observation and increase the performance of the historical bear market in the second half of 2018. We can find that Bitcoin can still be far away from other "competitors" in this period of time spanning more than one year. Where is the advantage of Bitcoin?

With the deterioration of the international trading environment since the middle of this year, the global securities market has been on a thin ice. Once the trade friction problem appears, it will directly impact the securities market of relevant countries and regions, and A shares obviously cannot be "independent" in such a big environment. Taking May 6 this year as an example, the Shanghai Composite Index fell nearly a hundred points lower on the same day, and eventually fell 5.58% on the day. The Shenzhen Composite Index showed a 7.56% decline in the market.

In this environment, Bitcoin's hedging function is gradually forming a new consensus , and this is naturally one of the major advantages that Bitcoin deserves to be valued. The safe-haven value of Bitcoin stems from the scarcity similar to gold, with 21 million established lines allowing Bitcoin to remain in a relatively deflationary environment.

For Bitcoin, in its ten years since its birth, it has demonstrated its ability to perform well during the “normal economic cycle” and “liquidity crisis”, and in the context of large-scale depreciation of the French currency. Among them, because Bitcoin has a relatively clear fair value on a global scale, its investment value will further increase. As the application of Bitcoin continues to increase, it has become a representative of transparent, immutable, and global liquidity. The feasibility of investing in Bitcoin to achieve wealth preservation and growth is increasing. People recognize.

Research shows that by simply configuring a small percentage of Bitcoin, you can significantly improve your portfolio performance.

In the report, Coin Security analyzed large traditional investment management companies and selected BlackRock and Vanguard Asset Management, the top two companies in the management of asset size. Choosing their largest multi-asset investment strategy and adding Bitcoin to their portfolios, they found that in the more than three years from the end of 2015 to the end of June this year, although two very representative portfolios Both the volatility and the maximum retracement have increased after a certain bitcoin is configured, but the increase in the yield is more significant.

More intuitively, BlackRock Multi-Asset Income, after adding and configuring Bitcoin, its monthly yield performance is shown in the following figure:

In the report's conclusion, the Institute of Money Security said that since Bitcoin's correlation with other traditional assets has been at a relatively low level, it is part of a multi-asset portfolio, regardless of which investors prefer. Assets, Bitcoin can bring diversified returns. Despite its high volatility (but is declining), a certain percentage of bitcoin allocation in a diversified portfolio will continue to provide better risk-return characteristics for retail and institutional investors.

As the door of the property market investment is gradually closed, in the future, the Chinese market is likely to usher in a wave of considerable reshuffling of funds, and the stock market and bond market investors are “happy” and born. Bitcoin, which is still in its infancy for a decade, is likely to take advantage of this round of winds, and with its low correlation with other traditional financial assets, it will usher in a new round of outbreaks. 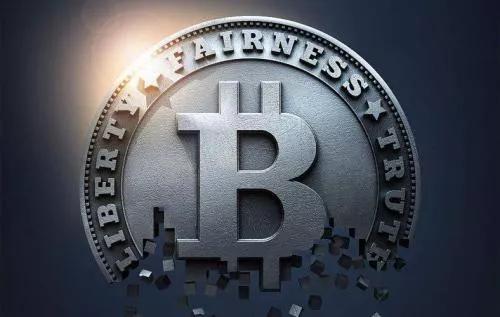