In 2010, Kevin Kelly published the book "Out of Control: The Final Destiny and Endings of All Mankind". Once released, it was once a thousand waves. As the initiator of the first World Hacking Conference, KK has become the "wind vane" of Internet development. He foresees the development of Internet technology and proposes a distributed, decentralized and self-organized blockchain technology. The point of view is simple and straightforward, and the whole world will be from control to out of control; from the edge to the center; from his rule to autonomy.

In "Out of Control", he also explained the characteristics of distributed networks: there is no mandatory central control; the secondary units are autonomous; the secondary units are highly linked to each other; the influence between points is formed through the network. Nonlinear causality. It is in line with the characteristics of the current blockchain technology development: peer-to-peer transmission, distributed ledger database, and smart contracts including the emergence of digital currency.

All the origins come from this. Nakamoto and KK have seen the great value of blockchain technology in different times. When I read the book "Out of Control," I often suspect that KK is Nakamoto, otherwise it is impossible. So close, if KK did not successfully predict the blockchain, his greatness and wisdom are enough to leave a strong color in the history of the Internet.

Many people are particularly excited when it comes to decentralization of blockchains, arguing that decentralization is the perfect world without central control. In fact, this is a fallacy.

The blockchain is actually a weak centralization. The technical mine can control the computing power for a while. The iron-clad battalion of the battalion is a lot of soldiers who have died in the past ten years. Decentralization is not the result but a process. The emergence of a new, more efficient and lower-cost thing will replace the old and rigid old center.

For example, on April 8, the National Development and Reform Commission issued the Catalogue of Industrial Structure Adjustment Guidance (2019, Draft for Soliciting Opinions). In the "Industrial Structure Adjustment Guidance Catalogue", the "virtual currency" mining activity is listed as a phase-out industry. The mining industry must be continuously upgraded with the guidance draft, in order to use lower energy consumption, improve mining efficiency, mining from computer, gpu mining and mining to mining, the form of mining continues to change, bit The power of the currency has remained the same and it has continued to grow.

Fairness and efficiency are themselves a contradiction. Only the existence of contradictions can promote the continuous upgrading of the industry.

Any invention in the history of human society has been based on people with strong values. People who have no ideals and values ​​do just imitate and plagiarize. It is impossible to subvert the old world. They will compromise and constantly compromise, as long as there is interest.

Bitcoin based on blockchain technology was created by a group of geeks who call them anarchic heretics. In the thousands of years of human society, there has always been a group of people trying to establish an anarchic mechanism, which ended in failure.

The arrival of the Internet has made them see the possibility again. The formation of distributed networks in the past decade has continually threatened the financial institutions that had earned a lot of money and made banknotes. They saw the blockchain stumbled into a beast and they suddenly woke up. Trying to transform the public blockchain, for their use, propose the concept of a coin-free blockchain, allow multi-node weak control of multi-center institutions, transform the consensus algorithm and add a stronger protection encryption algorithm, in order to weaken the decentralized The attributes of the cryptocurrency, they become a distributed ledger of the currency-free blockchain.

This is the orthodox financial institution, the original resistance of Qingyuan, and built a moat.

Whether it is a positive sniper success or a forced concession, all depends on the speed of the development of the blockchain, and the possibility of survival is fast, and it is waiting to be cleaned up.

The development of blockchain technology

In the field of blockchain, there are always two people, one is focused on the speculative coin, commonly known as the "coin circle"; the other person focuses on technology and advertises "chain circle".

For example, if the consensus algorithm is not optimized, it will be released according to the speed of Bitcoin at 7 seconds per second. Of course, for this, the internal core members of Bitcoin and the mines are inseparable, and from the big development prospects, if they have been maintained The low speed of the block, the demand at the financial transaction level can not be truly met, is the bottleneck restricting the further development of Bitcoin.

As far as the encryption algorithm is concerned, it is far from reaching the level of production.

In addition, the programmability of the blockchain is the biggest attraction for the issuance of digital currencies by various financial institutions, and it is also the biggest expectation.

Code is the idealization of law

A smart contract is a computer program that helps enforce the agreement between the parties. Smart contracts are not artificial intelligence, not even contracts with legal effects. In other words, even if the two parties write smart contracts according to the agreement, technically can guarantee irrefutable, then what? In real life, there are still people who default, such as the registration and confirmation of property rights: once a dispute occurs in the online world, it is ultimately necessary to decide by law to ensure fairness. The code, the law, is a slogan on the Internet. In the absence of consensus and legal guarantees in the real world, who will actually implement the agreement in one line of code?

However, it is not necessary to be pessimistic. The programmability of the blockchain may bring the point-to-point exchange of value and the automation and intelligence of financial transactions. It is another opportunity for innovation in the legal system and financial structure. As for the reform of the dynasty, the road will still be long. Repairing the distance.

Is the chance of encrypting the currency bigger than the blockchain?

When the blockchain of the three-point community was screened in 2018, even the blockchain was a revolution in your life, and it was a waste of time to sleep. Then 2018 rushed straight down, falling chicken feathers, the currency circle someone joked: "We are only speculating, not a blockchain."

It can be seen from this that under the current constraints of blockchain technology, there will be no rapid development in the short term. So we can conclude that the opportunity for cryptocurrency at this stage is greater than that of blockchain technology. At least there is no technical problem. The entire cryptocurrency industry chain has become more complete with the assets registered, issued and traded on the blockchain.

After the great migration of human society began, we are heading towards the online world, the virtual world, and building a new digital world. The new world that we are looking forward to contains the secrets of wealth such as VR, artificial intelligence, digital currency and blockchain. If you do not strive to be a new immigrant in the new world, it will only be a matter of time to be eliminated. 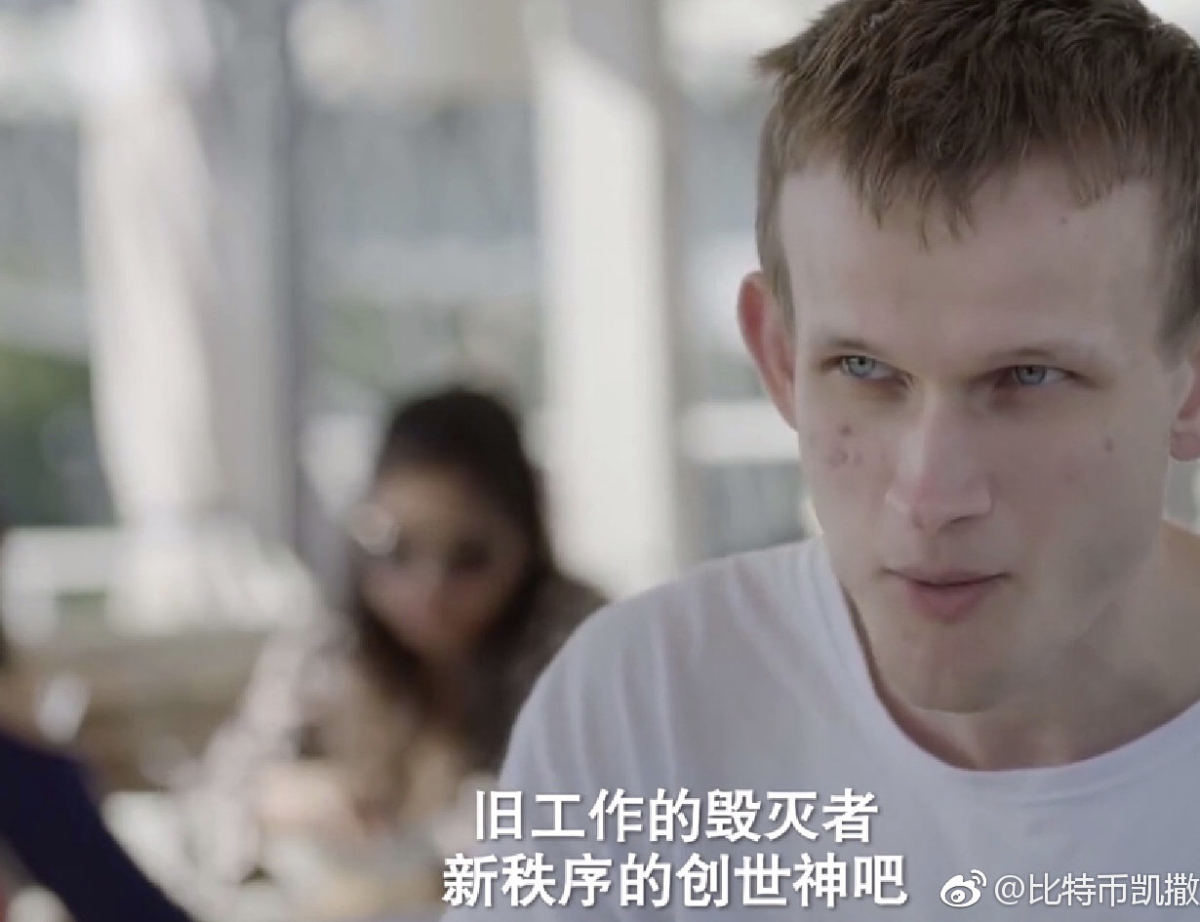 As V God said: We are the creation gods of the new world, the destroyers of the old world.