After the rise of Bitcoin, the shoe market began to be given financial power in the past two years due to its strong market demand. Some sneaker platforms have begun to provide brokerage services for electronic trading. The popularity of this market has already made speculative coins, stocks, mooncake tickets and Moutai dwarf. Brokers Chinese reporters noticed that recently, on a shoe trading APP, a red silk shoe named Air Jordan 1 Retro High Satin Black Toe, in the four days, from the offer price of 1299 yuan has been the lowest to 5800 Yuan, the trading market shows that the highest transaction price has reached 12,000 yuan, an increase of 4-9 times, which means that investors who buy on the first day (release date) will earn at least 4 times in just 4 days. Are the shoes eyed? With the rapid increase of China's domestic consumer groups and the rise of financial markets, the C2C resale trading platform around the sneakers came into being. In fact, Alibaba's leisure fish APP is an early type of this C2C resale trading platform, but The C2C resale trading platform specializing in sneakers is more radical than the leisure fish company, and many sneaker platforms have begun to assume the role of brokerage trading in the stock and bitcoin markets.

For those who are keen on high-risk investments, items with collection functions and huge market demand seem to be used for speculation, Moutai, stamps, mooncake tickets, gold, jade, bitcoin, without exception. Staring, this is a logic that sneakers become investment products, and more crucial because of the flexibility behind them. At the Sotheby's auction in July this year, a pair of 1972 Nike shoes were sold at a price of about 3 million yuan, breaking the world record of the shoe auction. In 2017, two years ago, after the launch of Nike's Air Jordan and the international street brand OFF-WHITE, the price rose from 1499 yuan to 12,000 yuan. According to a recent report released by the US market research firm Grand View Research, the global sports shoes and shoes market is expected to exceed US$95 billion in 2025. In the traditional stock market, fund managers are also very concerned about investment opportunities in the footwear industry. Related to this, Anta Sports in the stock market once again hit a record high on August 22, with a market capitalization of HK$167.7 billion. Due to the huge user base, market size and price elasticity of the sneaker market, the sneaker market has begun to breed its neighbors in the last two years. Some Internet entrepreneurs have built Internet sneaker community dating business, and then penetrated into the Internet financial field , poison APP, nice APP, DoNew Bullfighting APP and other resale platforms are domestic representatives. These companies usually cut into users in the fields of shoe purchase, consultation, identification, etc., and then attach the financial system, and the secondary market of shoes will begin to appear. Obviously, the user characteristics of the shoes are relatively young, have strong spending power, and of course have strong financial needs. After the sneaker resale trading platform to the "shoes brokerage" in the cryptocurrency market, some sneaker resale trading platforms seem to find their own value, because the top sneakers are as scarce and limited as the top currencies. Also has price elasticity. At the same time, the sneaker resale trading platform has long noticed that bitcoin brokers are lying in the business model of making money, including the OKEX, the currency security, the fire currency and other brokerage trading platforms. The annual profit scale is very close to the medium-sized securities company in the stock market. In this context, the positioning of these sneaker resale trading platforms began to shift to "shoes brokers", "shoes exchanges", electronic trading, time-sharing charts, K-line charts, dragon and tiger charts, pending orders, and the market index. All in one . The gameplay of fried shoes is also familiar to the currency circle and stock investors. For example, the total amount of the currency circle is constant, and the repurchase is destroyed. The sneakers are limited editions, and the Bitcoin brokers charge the users of the speculative coins. Trading commissions, in the sneakers, become a transaction commission and an appraisal fee. To some extent, resale trading companies such as Poison APP, DoNew Bullfighting APP, and Nice APP can be considered as "shoes brokers." However, compared with Bitcoin brokers, sneakers are at least currently enjoying more freedom and can be downloaded publicly in the mobile application market, which is currently not available for Bitcoin brokers' APPs. On the other hand, institutional investors are also concerned about the value of these sneakers . In the comprehensive market, the US shoe platform StockX completed the C round of $110 million in financing in June 2019, with a valuation of over $1 billion. In April 2019, the country's largest sneaker platform, "Poison", completed a round of financing from the US$100 million, with a valuation of US$1 billion. In June 2019, Nice, the second largest sneaker platform in China, also completed tens of millions of dollars in financing in the D round. Nice's valuation is also close to 600 million US dollars. Shopping staging to change the shoe leverage? The Chinese reporter of the brokerage found that the investors of the shoes can get the leveraged funds of the financial institutions in disguise on some shoes trading APP. This is the functionality that the currency APP does not have. According to the information provided by the poison APP and Nice APP, the ants Jinfu (Huayu) provides instalment services for shoes users. Because the normal buy shoes to wear, and buy shoes to stir up the market are done on the same APP, which there is the possibility of users borrowing money to fire shoes.

Take a female shoe provided by Nice APP as an example, the selling price is 1299 yuan, and the current price of the disk trading is 6,400 yuan. Since the date of sale (can be understood as the new stock listing date), 21,659 people have paid, and the ant gold service is also Users purchase shoes to provide instalment services. The money-making effect may cause users to change from consumers to investors, thus increasing the demand for leveraged funds, that is, using a period of funds such as Huayuan to speculate. Taking the women's shoes mentioned above as an example, the Air Jordan 1 Retro High Satin Black Toe women's red silk shoes have already benefited investors in the shoes several times in just a few days. This shoe was in August 2019. On the 17th, the sale price is 1299 yuan, only 4 days passed, the trading market shows that the latest spot price is also 5800 yuan minimum, the highest transaction price reaches 12,000 yuan, up 4-9 times, which means the first day of buying investment They earn at least 4 times in just four days. A purple sneaker traded on the DoNew Bullfighting App was sold for RMB 1759 on August 8 this year. The current K-line chart price is 1959 yuan, and the K-line trading area has more than 800 reviews. Article, some investors in the comment area hope that there will be funds to make a profit in order to get on the train at a low price. According to the Dragon and Tiger list provided by DoNew Bullfighting APP, in the speculative shoe trade from August 13 to August 19, the profit of a shoe-scraping investor reached 113,000 RMB. DoNew Bullfighting is just a smaller shoe trading platform. Bitcoin brokers follow the trend of the speculative footwear business, the popularity of the market, and its appeal to the users and funds of the currency, has attracted the attention of Bitcoin brokers. Since the money-making effect of the cryptocurrency market has been concentrated on a small number of varieties such as Bitcoin and Bitcoin brokers this year, most of the mainstream currencies and altcoins that retail investors love are still in the midst of stagnation, although Bitcoin brokers are still profitable. However, if investors can't make money because of the majority of the market, they choose to leave or go to the shoe-shoes. This is a bitcoin broker that is used to licking wool from users. Another market person told the brokerage Chinese reporter that since the three leading players of the Bitcoin brokerages basically divided the users of the currency circle, the third-bit bitcoin brokers could only adopt other strategies, including segmented operations, some bits. As a result, the currency brokers entered the fried shoe circle and started trading on the sneaker market , such as the coin-operated coin broker CoinEx, which was founded by former employees of Tencent and Futu Securities.

According to the shoe trading page shown by the latter, it allows currency investors to use bitcoin as a digital currency tool for shoe trading. Here, how many pairs of shoes do you have, how many bitcoins you have, and how many yuan deposits you have? Considered as a symbol of wealth. In addition to small and medium-sized Bitcoin brokers who are dissatisfied with the money and money of the sneakers, those large brokers who have failed to enter the role of the top three players in the Bitcoin brokerage have also begun to attract users and funds through the speculative shoe market, including the richest bitcoin. Li Xiaolai invested in BIGONE. It is worth mentioning that Li Xiaolai is a well-known expert in cutting the leeks. He holds a large number of bitcoins and assets of up to 7 billion. He has repeatedly publicly shown that he is profiting by cutting leeks. Last September, Li Xiaolai He also published "Self-cultivation of Amaranth", which sold more than 100,000 copies in half a year. Nowadays, the market for fried shoes is booming, and the heat of the speculative market has been suppressed. In particular, the trading currencies offered by many Bitcoin brokerage platforms are in a bad state of running, scams and air. A pair of shoes (even fake shoes) may be used, as opposed to a cottage currency that may not be worthwhile. Li Xiaolai's BIGONE announced on August 21 that BIGONE will launch the shoe market on August 22, 2019 due to "strong market demand." Specific trading types include Air Jordan 1Retro High NRG and Travis Scotto X Air Jordan 1 High.

On the phenomenon that the speculative coin is crazy and then began to speculate on shoes , there are user comments on Sina Weibo:

I was cut by the currency. If I was cut by a shoe, how much left is left to the stock market? This is not just a new piece of the piece. During the interview, the Chinese reporters of the brokerage found that many investors in the currency circle were actually stock investors at the same time. Most of them were in the A-share bear market in 2017, and they turned to the currency circle to open their own coins. However, many investors have been involved in the currency circle. The spot and futures harvests are clean. Although the market for fried shoes is extremely hot, investors who have been repeatedly cleaned by the market should be more clear. Even though the shoes themselves may be more valuable than many currencies, the reliability of the shoes is more reliable. The speculation of the speculative coins is not much.

The article was transferred from: brokerage China , the new media of the securities market authoritative media "Securities Times"

Is it enough for me… 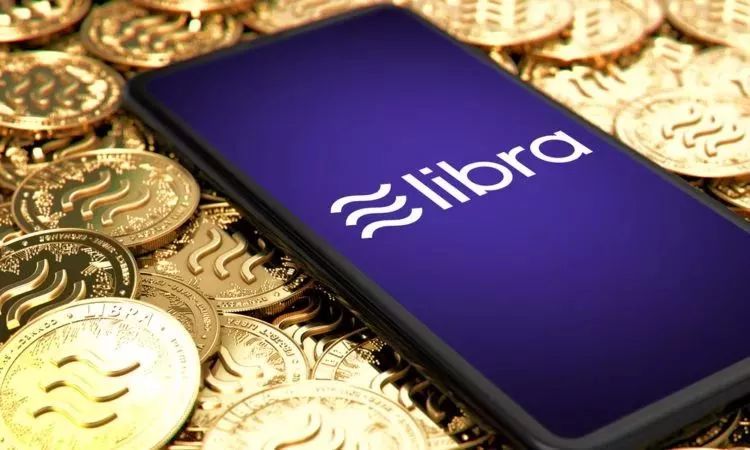 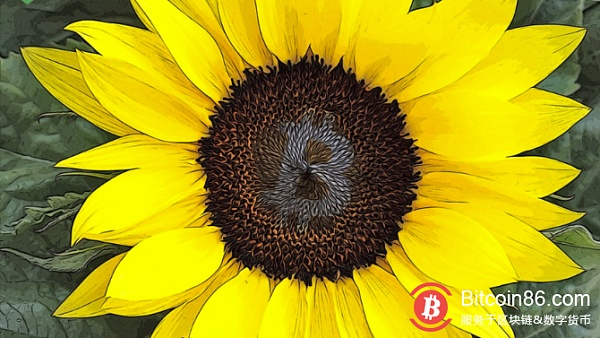