A war triggered by an account: Why did the BCH supporters of the past take off the powder and step back?

Recently, the Twitter account @Bitcoin, which has been the BCH platform, has suddenly taken a lot of accounts, including the account that supports BCH. In addition, the self-introduction link of the account has been changed to Bitcoin white paper PDF, and a large number of tweets about BCH have also been deleted.

Why did @Bitcoin, which has been singing for BCH for a long time, suddenly “transfer”, is the account stolen or the bitcoin black turned? 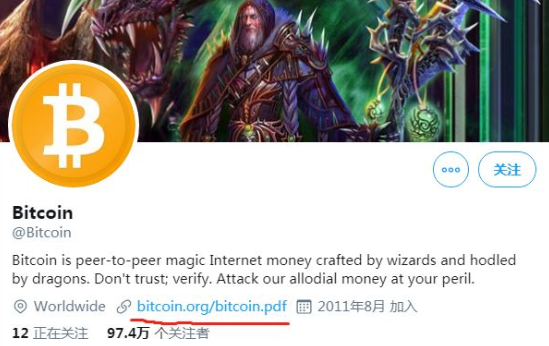 This is not the first time @Bitcoin has been pushed to the forefront due to account issues. In fact, from the registration in 2011 to the current 8 years, @Bitcoin has accumulated nearly 1 million fans, during which it has repeatedly Suffered from the doubts, reports, and even the title of these fans.

Although @Bitcoin now uses Bitcoin's name as BCH platform, it was an anonymous account dedicated to propagating and popular Bitcoin in the early days of its creation. The accumulated evangelism has made it a lot of fans for Bitcoin. It is an influential account in the encrypted world.

However, since Bitcoin began to split in 2017, @Bitcoin suddenly changed its style, not only to support BCH, but also to publish a lot of smear BTC pushes on the powder, and the sudden change made it difficult for most Bitcoin fans to accept. .

However, what really dissatisfied the fans is that @Bitcoin changed the top from the Nakamoto white paper to a tweet titled "What is Bitcoin Cash: A Peer-to-Peer Cash System," which is undoubtedly a deliberately let outsiders in the eyes of Bitcoin fans. Bitcoin cash is equated with bitcoin. 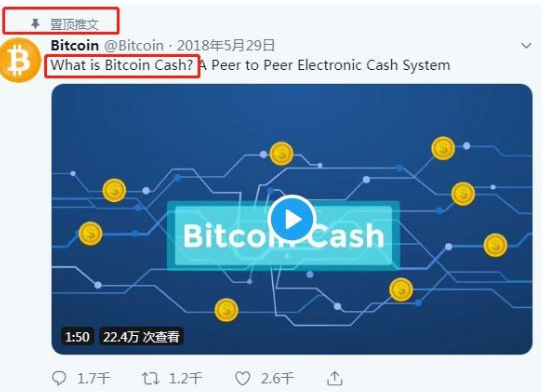 The fans of Bitcoin are of course dissatisfied. Some people have begun to publicly ask the owner to hand over the account to the core developer of Bitcoin. Some people even contact the CEO of Twitter to ask the staff to rectify the account. Finally, in April 2018, The account, such as the Bitcoin fan, was officially suspended, but only for two days, the account was unblocked.

In fact, the real source of contradiction must start from the beginning of bitcoin . Although it is the same root, the controversy caused by the expansion of the fork can never be stopped. From the bitcoin core development team to the emergence of a number of forked coins, in just a few years, the indestructible bitcoin in the eyes of the believers was cut through the fork.

Perhaps even Nakamoto did not expect that just setting 1M as the upper limit of the Bitcoin block would seem like a small change, but the butterfly effect would bring huge conflicts and differences to the Bitcoin community.

As early as 2010, there were suggestions to expand the block to 7.1M, but Nakamoto said that "when we need it later, we will change it", so no one will mention it.

In 2013, some countries in Europe experienced an economic crisis. People began to purchase bitcoin in large quantities to avoid risks. In just a few days, the price of the currency soared from 30 dollars to 266 dollars, reaching the highest point at that time. So questions about the block's launch, expansion, and hard forks began to be raised.

Until 2017, the rupture of the New York consensus finally made this deadlock for nearly four years. The ViaBTC officially announced that it would fork Bitcoin and name the new currency Bitcoin Cash, which is now BCH. But although the official fork, but can not easily change the minds of Bitcoin believers, in their eyes, the fork is undoubtedly an attack, insult and destruction of Bitcoin. At that time, some people even shouted "Who would dare to do bitcoin, I will do who" is such a full of anger.

The so-called reverse flow is also a kind of flow, at least proves that it is still being watched. In this way, the price of BCH has risen all the way, and it has become the currency after BTC, ETH, XRP and other mainstream currencies. One.

However, this @Bitcoin suspected of powder removal, and there is no relevant person in charge to make any statement on this matter, the bitcoin community has begun a variety of speculation.

From malicious manipulation to being hacked to being controlled by extremism, and even more, some people pointed out that this is the biggest milk king of Bitcoin – led CEO Jack Dorsey, and some people think that this may be Blockstream's censorship, even Australia Ben Cong is suspected.

However, whether it is malicious control or @Bitcoin real powder, this year is due to the fate of the battle between BCH and BSV. It has also been exposed that developers are raising funds, which is BCH wearing various negative news. In fact, it is not good.