Some people attributed this decline to the regulatory news of the China Insurance Regulatory Commission. I think it is a bit far-fetched. After three rounds of assault, the market will not fall back to the reinforcements. It has nothing to do with strong supervision, and the news is very early. The market cannot react after several days.

The overall market is still in the process of adjustment. At present, the probability of washing the big Yinxian is relatively large. Although the Yinxian is very large, the overall transaction volume is not very large. However, if such a big Yinxian is killed, the adjustment cycle must be Extension, after all, the recovery of emotions takes a certain amount of time.

After the BTC quickly hit $4871, there was a wave of heavy volume, washing out some panic pans, and then began to pull up, but we saw that the volume of the pull-up process did not match, showing a trend of decreasing gradually, so It is difficult to break the pressure level around $5050, and observe whether there is any volume released later. If the volume exceeds 5050 US dollars, it will build a small level of head and shoulders, and it will go up to the upward trend line. If it is not heavy, the market will return again. We think the market will be released during the decline. The amount is obviously not big enough, the panic disk is not enough, and a new round of washing is needed. At present, the volume of the sideways shrinking is very serious. It is close to the level of the ground and will soon choose the direction again. It is expected that the target of this round will be around $4,800. The $4,800 is a relatively important support level. If the market breaks, the market will not be lifted any more, and it will not wait for the spot, but personally think that the point is not Will break, you can replenish the position at this point, welcome to continue to face. 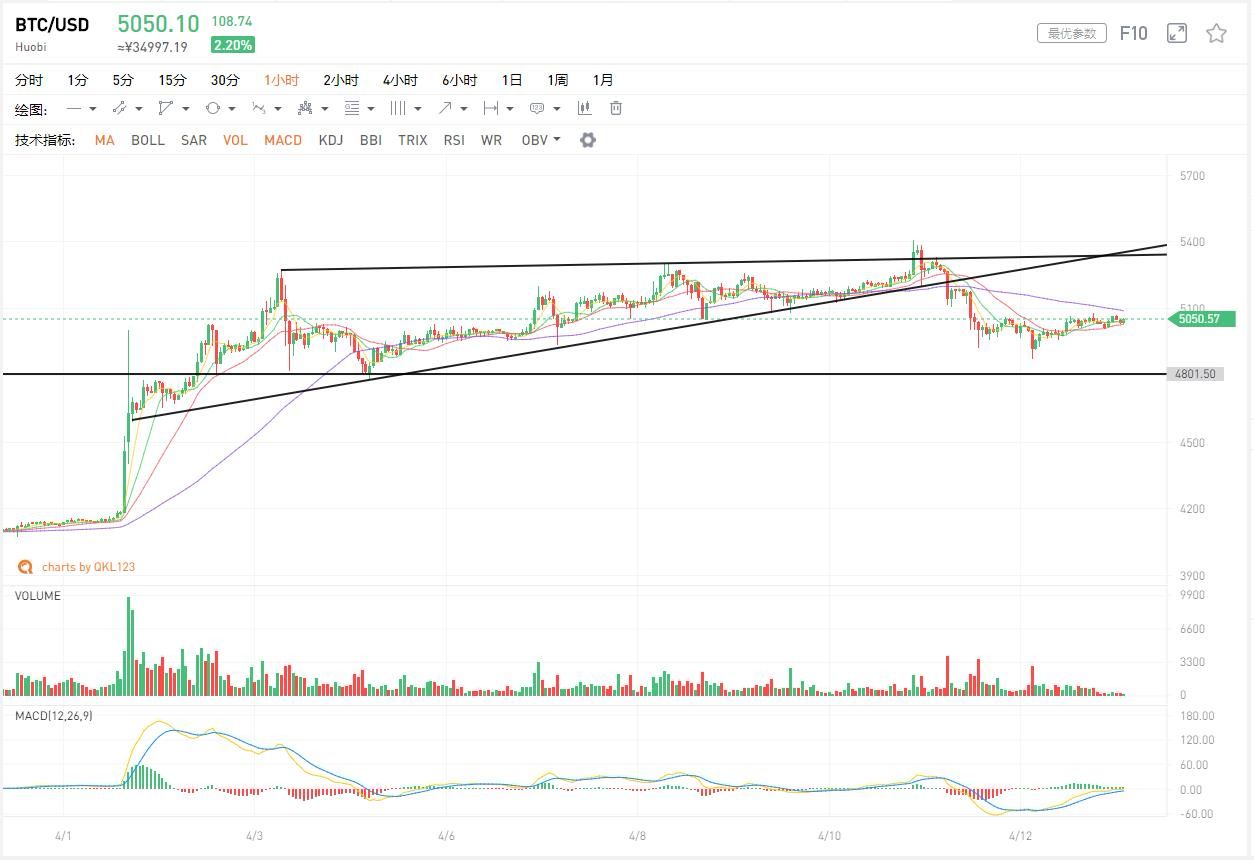 ETH followed the BTC to make a shock consolidation trend, the volume is also a step by step contraction, the current point is not suitable for entry, maintain the previous view, is expected to return to the support near 143 US dollars, or that sentence as long as BTC does not break The position is down, the target will also have a high probability of not falling, and the medium-term target is still around $230. 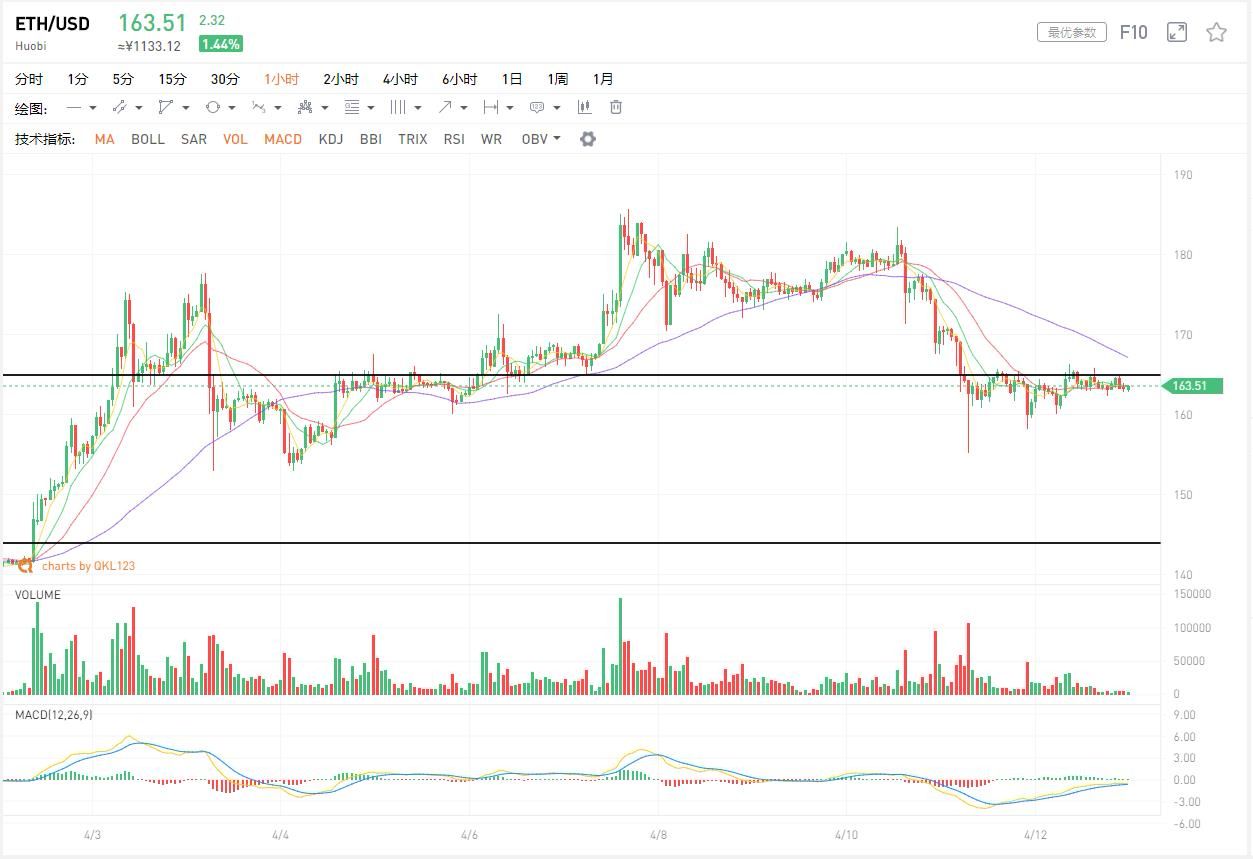 The trend of XRP is very weak, and it is a bit weak. The trend of falling and not rising has been going on for some time. People who entered the market after April 2 have been buried, but from the point of view of volume, the decline did not appear. Explosion, that is to say, most of the participants have not left the market. At present, they can cover the lost position at 0.3 US dollars. Personally, it is impossible for the target to miss a round of the market. It is likely that there will be a wave. Make up, if the target breaks through the $0.3 chip-intensive exchange area, we will admit the departure. 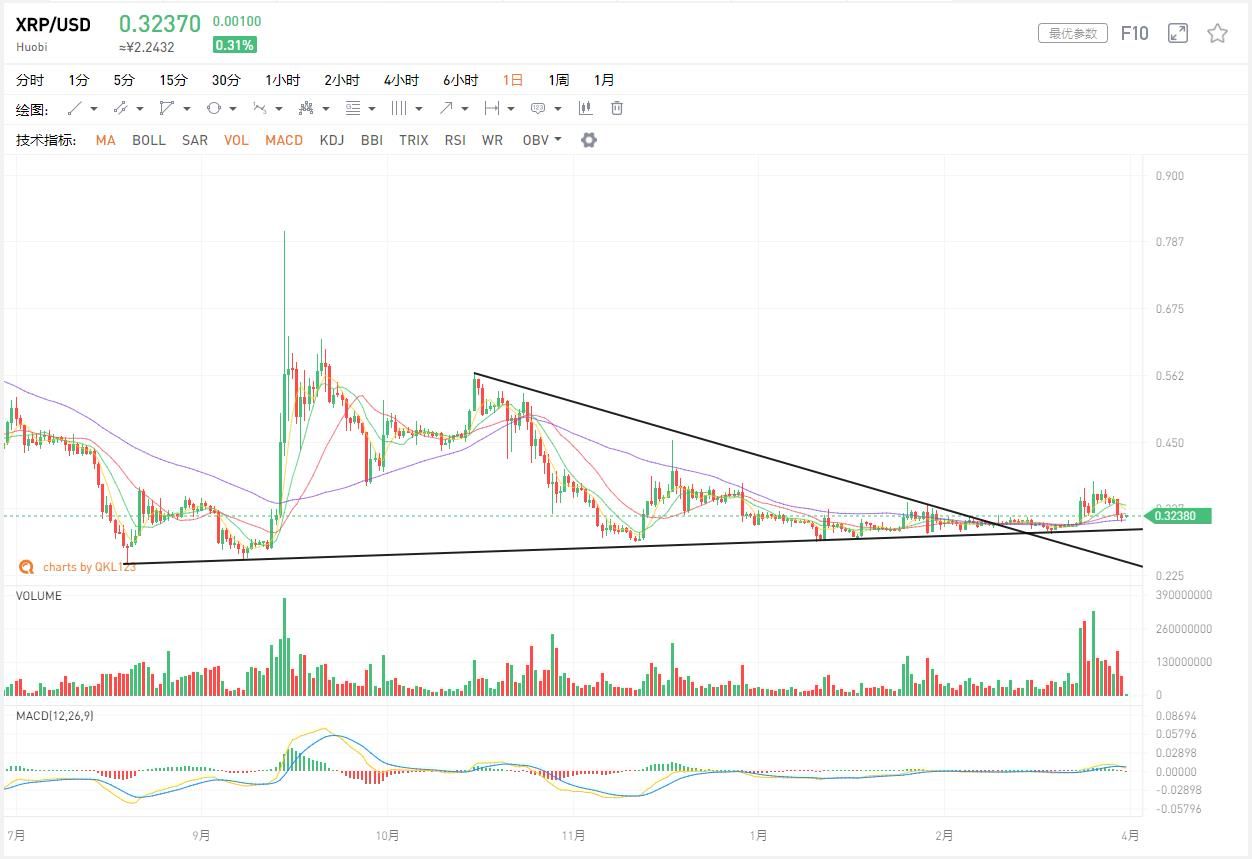 Although BCH fell below the support level of 270 US dollars, it immediately recovered, and did not drop to 227 US dollars, but we see that the target is currently under pressure of 285 US dollars, it is difficult to think of it, it is not recommended When intervening, I may step back down to $227. I think this point has strong support. It can be sucked low here. The medium-term target still looks at $430, but this point is broken, the market is over, leaving. Wait and see. 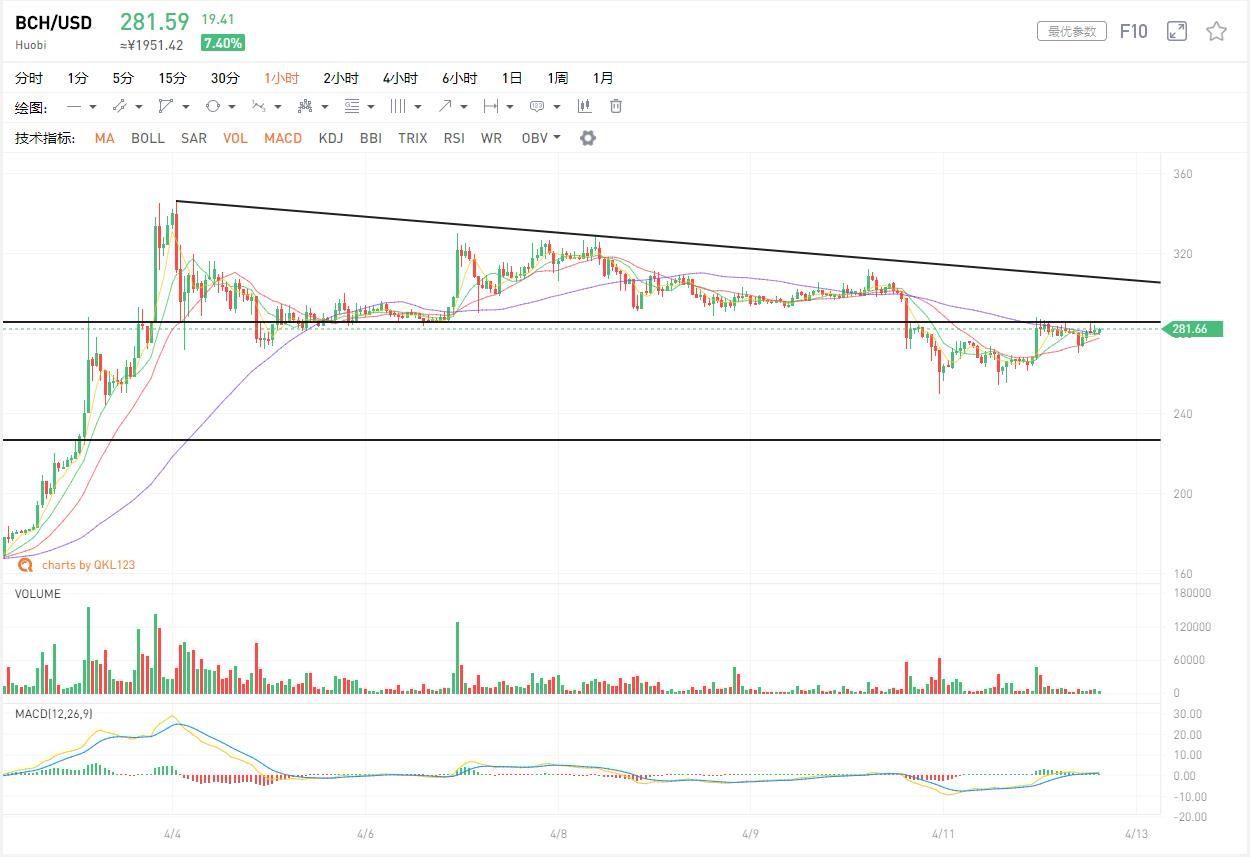 EOS tested the support level of $5 twice in succession, indicating that the support of the point is effective, but we also see that there is really no volume matching in the target, that is, there are not many people who grab the rebound in this place, maintaining yesterday’s point of view. The original high-selling position should not be replenished around $5. If there is no rebound, the volume may be reduced to 4.4 USD. Once again, the position can be lowered, effectively lowering the market and leaving the market. 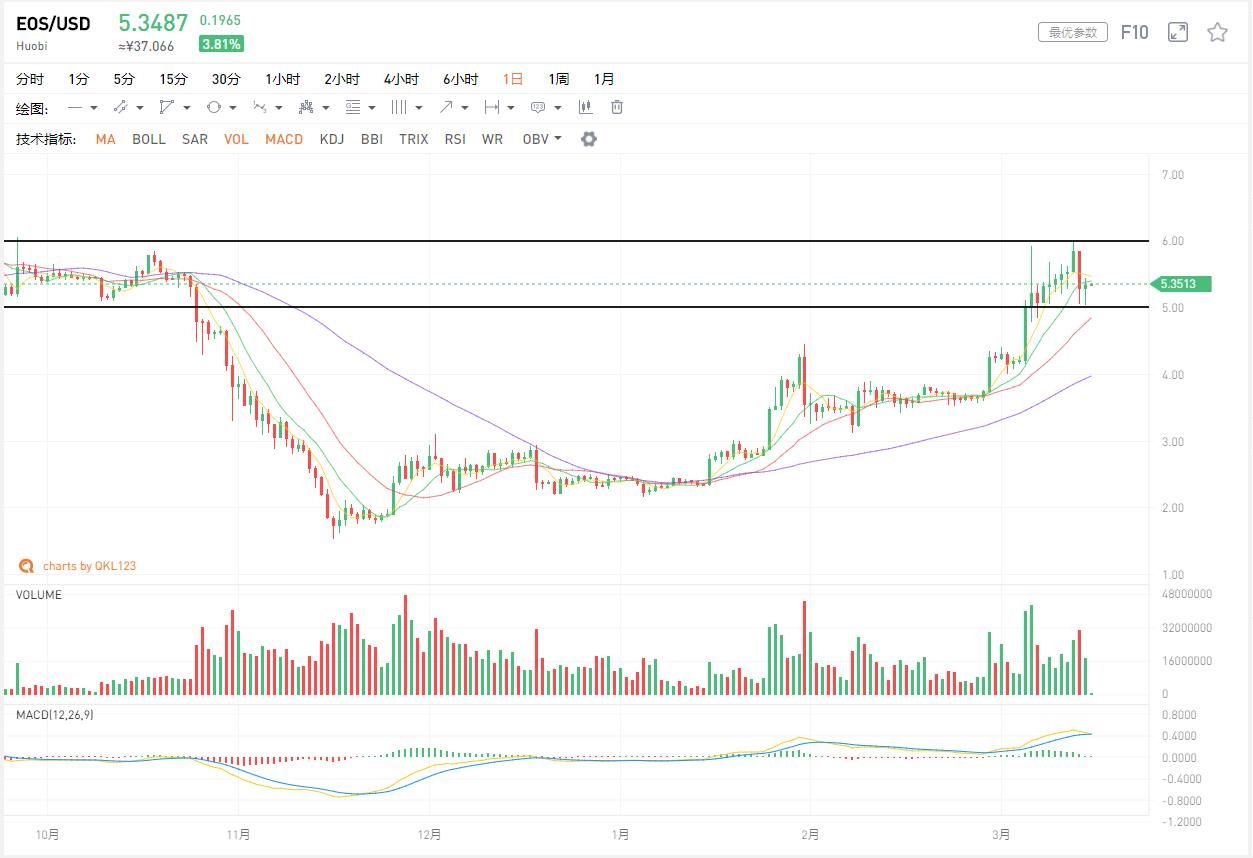 LTC saw from the time-sharing trend that the support of the $75 support was pulled back. At present, the support of $75 is effective. Observe whether the point can trigger the rebound. From the time-sharing level, the rebound is not completed. Volume, may be killed again at any time, effectively break below 75 US dollars, M head is established, the next target is around 62 US dollars, the target is far away, broke the $ 75 proposal to wait and see, can be re-opened near 62 US dollars Enter the scene. 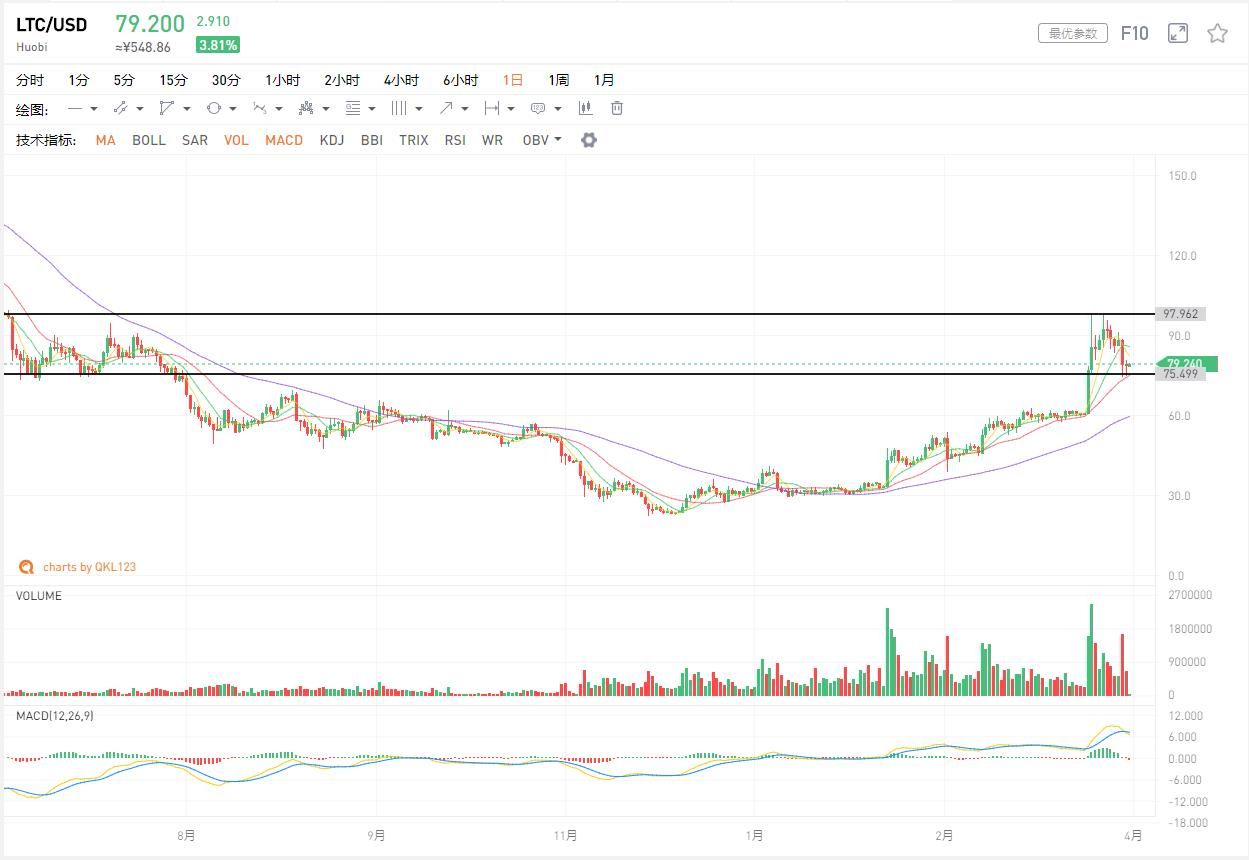 TRX maintained yesterday's opinion and triggered the departure conditions. The macd indicator has been slashed downwards. Observing the support at $0.024, it can be lowered again at $0.02-0.024, or break through $0.028 again. Effectively fell below $0.02 to leave. 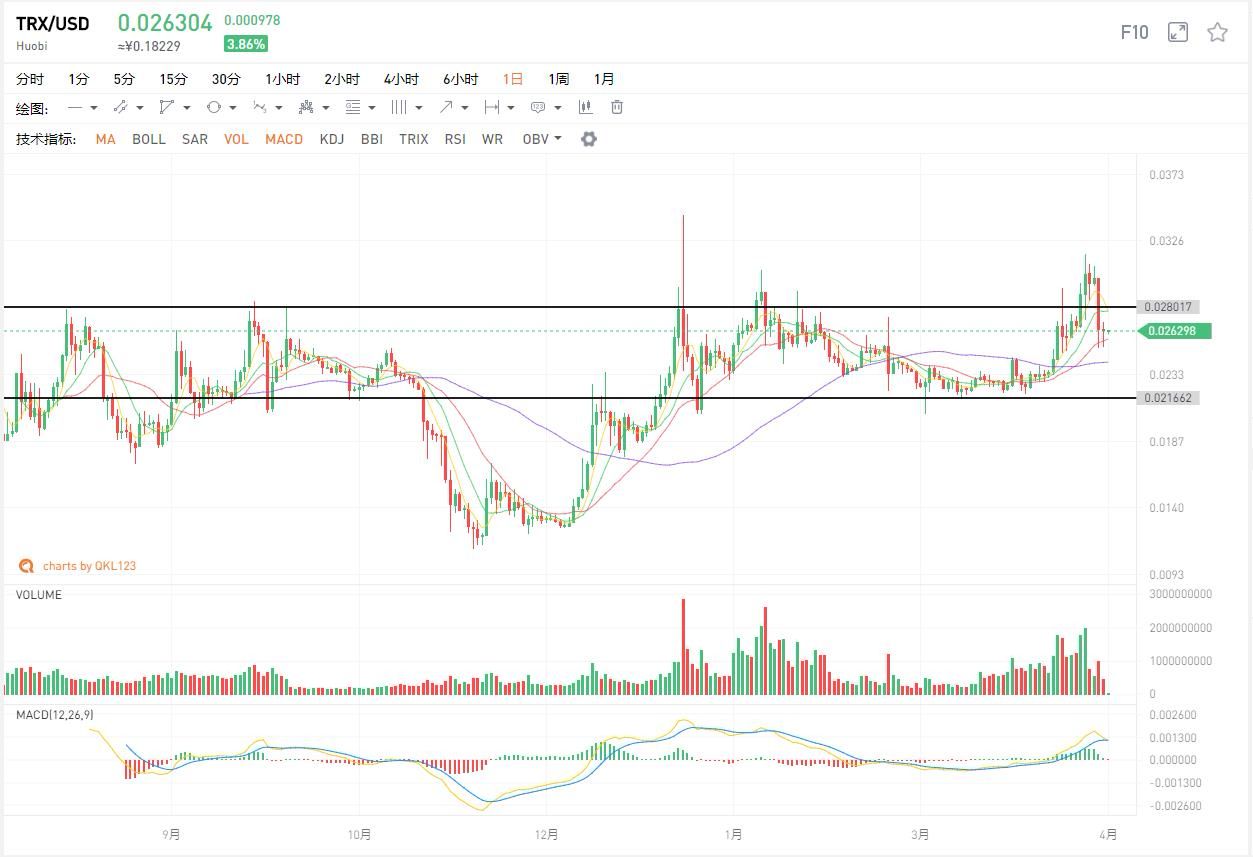 The overall decline of the platform currency, the weakening of the platform currency also announced the end of a certain model, so everyone is still cautious to participate in a certain mode as well, carefully buried. HT's M head has been formed, and a long lower shadow line was left yesterday. This lower shadow line needs to be compensated by the physical K line sooner or later. It is recommended that everyone pay attention to the risk. It is possible to kill the big Yinxian and pay attention to the risks.

The Iranian Government Economic Committee has approved the establishment of a cryptocurrency mining mechanism in the country.