For what reason did you choose to ignore Bitcoin because it was too late to know that Bitcoin was too expensive, or because the so-called expert (bit black) criticized Bitcoin?

The following are the very famous "Bit Black" people in history and their speeches, including famous economists, blockchain industry experts, big entrepreneurs, big bankers and even original Bitcoin developers.

Of course, it would be more interesting to match the price of Bitcoin when they speak.

Peter Schiff, a senior Wall Street economist who had successfully predicted the 2007-08 economic crisis, began to oppose Bitcoin in the early days of Bitcoin.

"Bitcoin is not Gold 2.0. Although it replicates some of the attributes of gold, it has no intrinsic value."

When Peter Schiff first published this idea, the price of bitcoin was $17.5, and as bitcoin continued to rise, Peter Schiff still insisted on his own opinion, which recently mentioned:

Then, on January 27, 2014, Professor Lang Xianping of China slammed Bitcoin on the "Langyan Finance" program as "Drumming Flower Game", which also said:

Next, the famous American economist Nouriel Roubini, who is known as the "Dr. Doom", began to shell the bitcoin, saying:

"The real value of Bitcoin is negative. It is a scam in the scam and will eventually return to zero."

When Dr. Doom first published these views, the market price of Bitcoin was $637.38. Since then, the rise in bitcoin prices has not changed the opinion of Dr. Doom. It still believes that Bitcoin is a scam and will eventually return to zero.

Another economics big cow, Paul Krugman, a professor of economics at Princeton University and a 2008 Nobel laureate in economics, has said that he is not optimistic about bitcoin. He thinks bitcoin is just no result. The pursuit of humanized currency, and later the bombardment of bitcoin is fraud.

When it first released these sounds, the market price of Bitcoin was $717.51.

If the identity of these people is not heavy enough, then the following one is almost universally known. Warren Buffett, who once enjoyed the title of "the god of the stock" and "the richest man in the world", publicly slammed the bit as early as the beginning of 2014. Currency, which means:

At that time, the price of Bitcoin was $634.1. Later, the legendary investor increased the attack on Bitcoin, which called Bitcoin "the square of the rat drug."

"You are wasting time on Bitcoin."

At the time, the price of Bitcoin was about $300. Later, Jimmy Dame’s JPMorgan Chase developed its own cryptocurrency based on Bitcoin’s technology, and Jamie Dimon’s bombardment of Bitcoin rose. At a stage, he said:

"Bitcoin is fraud, it won't have a hospice, and someone will die."

In May of the 14th, Wanda’s son Wang Sicong also expressed disdain for Bitcoin, which wrote:

If these people are outside the industry, then the next few are the professionals in the industry.

"The basic protocol layer of Bitcoin is broken. The limit of attack on the Nakamoto Satoshi consensus is considered to be 51%, which is actually 34%."

When he released this tweet, the market price of Bitcoin was $214.13.

Of course, Professor Emin Gün Sirer still has a face to face. He explained today:

"I was right at the time, I predicted it would fall, and then it really fell. I know that the biggestists always want fools to always hold the money (HODL), but the correct approach should be to sell before falling. Drop it, because you can buy it back at any time. Cheers."

Then I looked at the historical price information and found this explanation… In fact, it was quite a face.

Mike Hearn, an early developer of Bitcoin, led the highly controversial BitcoinXT block expansion project and later switched to the blockchain company R3CEV, which publicly wrote in early 2016 that:

"The Bitcoin project has failed… I wish you good luck."

Since Mike Hearn was a contributor to Bitcoin core software, the incident was once mistaken for Bitcoin core developers to publicly announce that Bitcoin has died and caused an uproar in the Bitcoin community.

At the time, the market price of Bitcoin was about $432.

Looking back, whether it is economic big cattle, traditional industry amnesty, or technical experts in the currency circle, their comments on Bitcoin are not necessarily correct, even wrong is very outrageous, you Why did you choose to give up Bitcoin? Welcome to add. 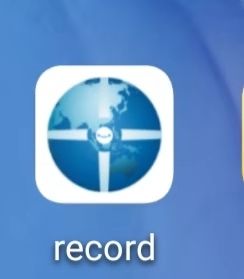