Obviously, the current US president is not a fan of Bitcoin, but his term is limited. A US president who supports encryption technology may solve regulatory problems that hinder the development of the US encryption industry. He can even take further steps, such as giving away BTC.

Password punk, Bitcoin hardware company Casa Chief Technology Officer Jameson Lopp recently said that he is considering running for the US president on this issue. The Bitcoin supporter is well aware of the current problem with this economic model, which is the simultaneous depreciation of the legal currency.

"Consider the presidential election on this issue: If elected, I will give everyone $1,000 worth of bitcoin per month. This is feasible because we have a lot of dollars, and in the long run, this economic model Will benefit the United States because we will end up with the most bitcoin."

Although his tweets have won 1,600 praises, this number is not enough to be the most powerful person in the world. The proposal to issue bitcoin to citizens every month is likely to be feasible, but only if the supply of dollars is unlimited, which seems to be the current goal.

Unsurprisingly, someone following this tweet responded that it was a lie. But this is more likely to be a brain hole opened by Jameson, raising the value of Bitcoin while depreciating the dollar. However, there are some interesting responses in this Twitter comment area.

Brad Mills, a partner at Xsquared Ventures, did a math problem:

“3.9 trillion per year. At the end of your first term, US Treasury bonds will reach $37 trillion. After the fourth year, the market value of Bitcoin will reach $18 trillion, almost every bitcoin $1 million. This is mathematically feasible considering government spending."

According to data from usdebtclock.org, the current situation is not ideal, namely $22.5 trillion. By 2023, US Treasury bonds will reach 30 trillion US dollars, and the situation will not improve.

In addition, many people mentioned the next presidential candidate Andrew Yang in the comments. He is very popular in the community because of his friendly attitude towards blockchain and cryptocurrency. Yang launched a super-PAC (Political Action Committee) on cryptocurrency last month, accepting lightning network payments.

In any case, Lopp's desire for the presidency is purely based on the irony of the current system, hoping to let the public know the higher the national debt, and Bitcoin is their best choice. 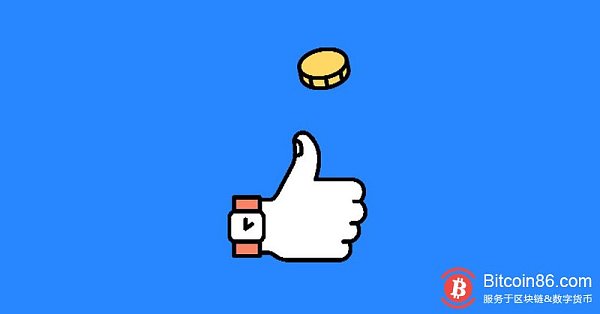 Russian professor: It is meaningless to use currency for bitcoin pricing

Fold offers Bitcoin cashback rewards for consumers who use mobile apps to shop at Amazon, etc.