Is Brexit an opportunity for digital currencies to gain a foothold in Europe? With the intensification of the US-China trade war, the uncertainty of the financial market is getting bigger and bigger. So far, the long-standing trade dispute between the two major economies in the world has not yet ended. Unfortunately, the market has never lacked variables, and Brexit is one of them. With Boris Johnson as the British prime minister, the possibility of a UK without a deal is better than ever. In this context, where should digital currency investors go? What is the meaning of price behavior and the development of digital currency? 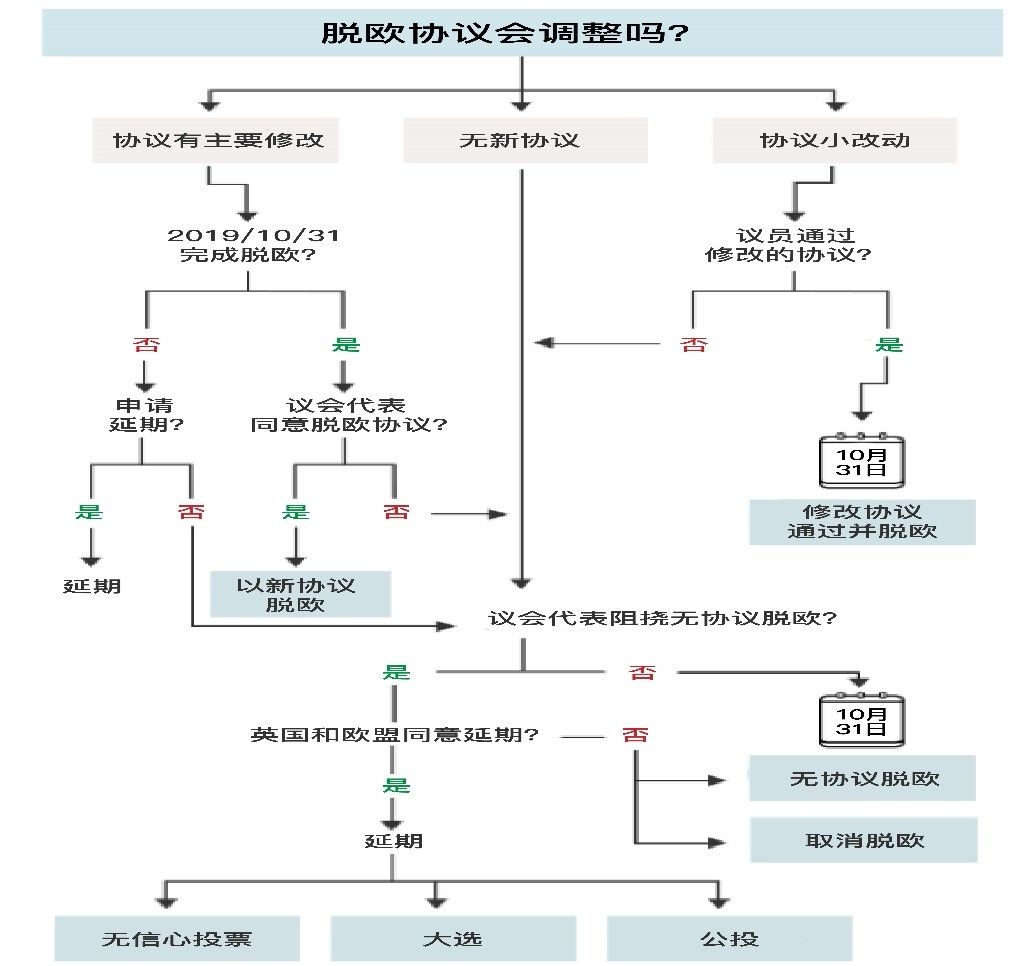 When it comes to the progress of Brexit, it seems relatively calm, however, it is more like the calm before the storm. The British Parliament will end its summer recess in the second week of September, when Prime Minister Johnson will launch a series of heated debates with lawmakers in an attempt to avoid a UK non-agreement to leave the EU. The first confrontation may be on September 9th, when lawmakers plan to discuss progress reports on the distribution of power in Northern Ireland. At the same time, Labour Party leader Jeremy Corbyn could first call for a vote of no confidence in Johnson on September 3.

With Johnson as prime minister, the chances of the UK leaving the EU without an agreement are increasingly evident. The Think Tank Institute for Government, a UK-based think tank, pointed out in a report that the possibility of an agreement between the UK and the EU is small, and even a vote of no confidence can prevent a non-agreement from breaking. So, what happens after the completion of the agreement without the Brexit? Although the possibility is not great, what effect will it have if the Brexit agreement is changed?

At present, there is still no fixed impact on the UK and the global economy. However, one can see a little from the latest statement of the Bank of England. Despite maintaining the benchmark interest rate unchanged, the Bank of England stressed that the risk of a slowdown in economic growth due to Brexit believes that economic growth “has slowed down to below the potential growth rate since 2018, reflecting the impact of Brexit on corporate investment. Many uncertainties have had an impact on the UK economy and have also reflected weak global net trade growth."

“As of mid-July, data from companies indicate that the uncertainty of future trade relations between the UK and the EU has become more apparent. ” – Bank of England

Economic data also illustrates the same problem. In July, the UK Manufacturing Purchasing Managers Index (PMI) remained at 48, the lowest level in six and a half years. In the third quarter of this year, the CBI Business Optimism Index fell from 19 points to -32 points, the weakest quarterly data since the third quarter of 2016. The uncertainties associated with Brexit have played a major role in this. The EU is the UK's largest trading partner, so trade is one of the main concerns of the market. The data shows that nearly half of the UK's exports and services are flowing to EU countries. Although it is still too early to judge the changes in the trade pattern between the UK and the EU after the Brexit, in general, the market expects the cross-border trade costs of British companies to increase, which in turn will bring to the financial market. Negative impact.

Although the final result of the Brexit is still largely variable, the potential negative impact of the non-agreement of Brexit has been partially reflected in the financial market. In our previous article "Bitcoin and a Chaotic World", we reviewed the performance of cross-asset in the early days of Brexit and the logic behind it. Clearly, safe-haven assets such as gold outperformed the pound and the UK's FTSE during that time period. This performance was more pronounced at the end of 2018, especially after the vote of the British Parliament's draft of the Brexit was postponed.

For now, the pound is at a low level against the dollar for several years, and the 10-year bond yield has fallen below the historical low of 0.5%. Of course, we can separate it from the concerns of the US-China trade war, but Brexit has always played a key role in it, and we expect Brexit to continue to have an impact on the UK's major assets in the short term.

In addition to gold, the eye-catching performance of Bitcoin is hard to ignore. Whether or not Bitcoin is digital gold, those fierce arguments seem to prevent the rise of digital currencies. There is no doubt that Bitcoin does not have all the characteristics of gold, but has some very important features, such as value storage. Bitcoin is particularly attractive to some investors in a world full of uncertainty and the market is addicted to cheap currencies and low interest rates. 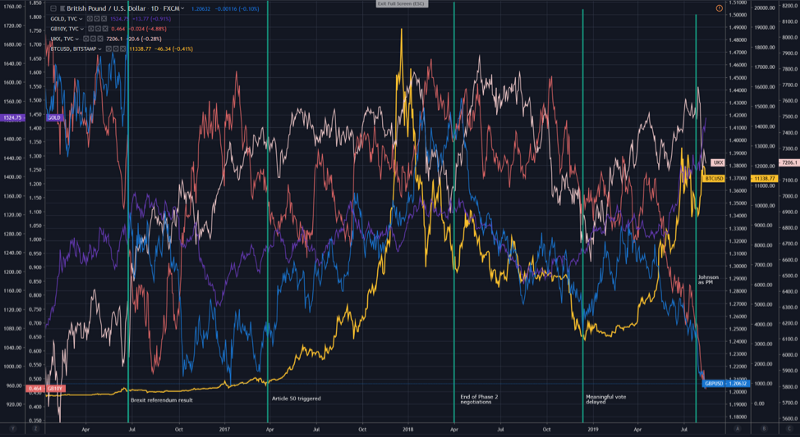 Bitcoin has risen 1000% since the UK announced the results of the referendum on the Brexit. It is expected that the British Parliament will resume after two weeks, and Bitcoin will once again become the focus of attention. Recent research suggests that digital currency analysts believe that Brexit has a positive impact on overall digital currency prices. The role of contract trading in Brexit 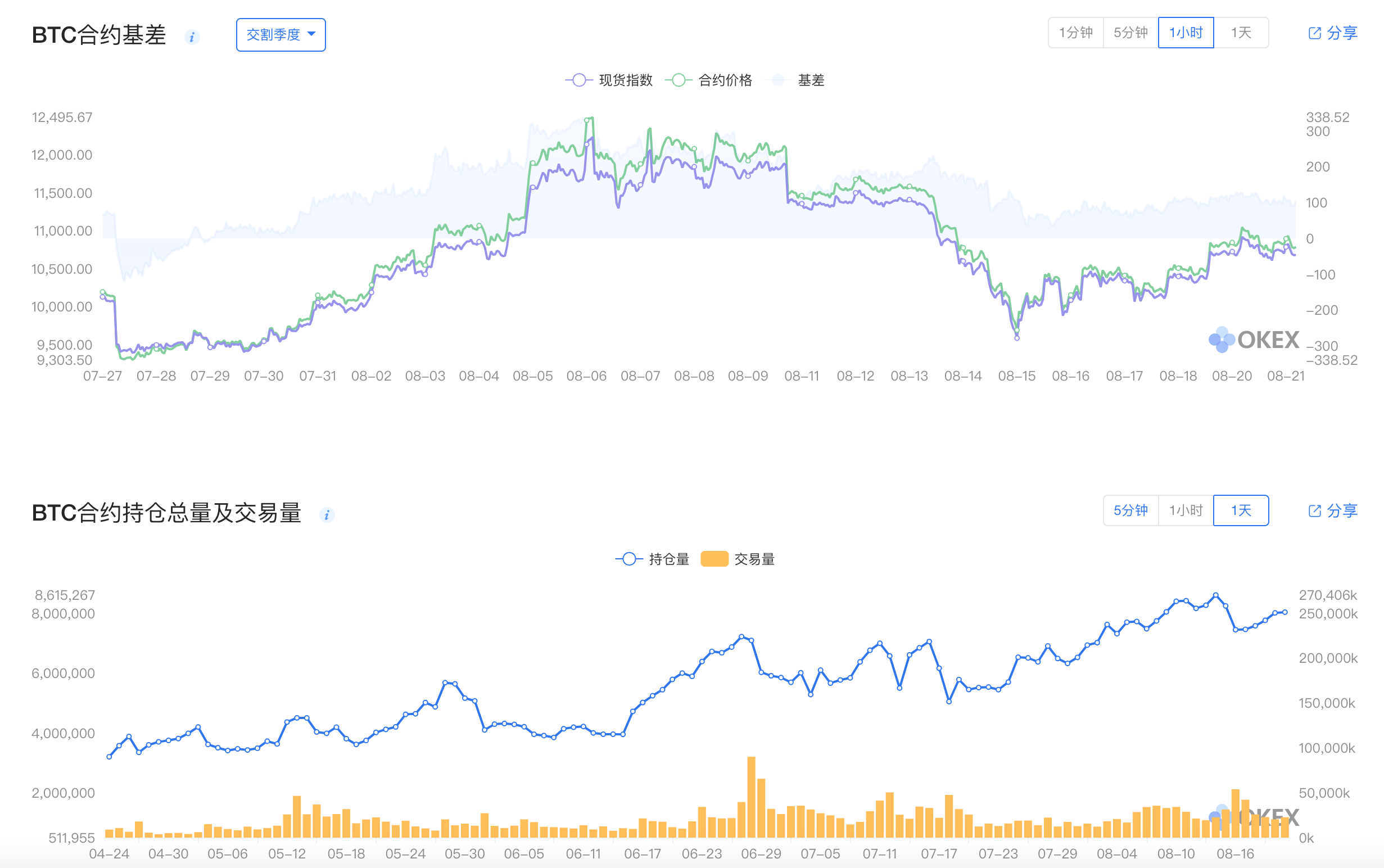 The growing geopolitical tensions have made the word “hedging” the latest hot word in financial markets. Whether it is bitcoin or a digital currency in a broad sense, whether or not these assets are risk hedging instruments, the correlation between digital currencies and traditional assets has become increasingly close. The progress of Brexit is undoubtedly the main topic in the fourth quarter, and the Brexit will be launched rapidly under the leadership of President Johnson.

In this context, we expect the volatility of the digital currency market to increase, and digital currency traders and traditional fund managers can take advantage of market volatility opportunities to hedge the overall market through derivative financial instruments such as digital currencies, contract trading, and option products. Risk and generate revenue;

In addition, since Brexit will no longer be bound by EU rules, it also provides an opportunity to reshape the regulatory landscape. It is expected that the UK will be more active in embracing blockchain technology innovations, which will help people accept digital currency faster.

Risk Warning: All articles in OKEx Research do not constitute investment recommendations. Investment is risky. Investment should consider individual risk tolerance. It is recommended to conduct in-depth inspections of the project and carefully make your own investment decisions.

Welcome to reprint, please indicate the article from

The Japan Financial Services Agency will conduct security checks on about 120 financial institutions including encrypted exchanges. 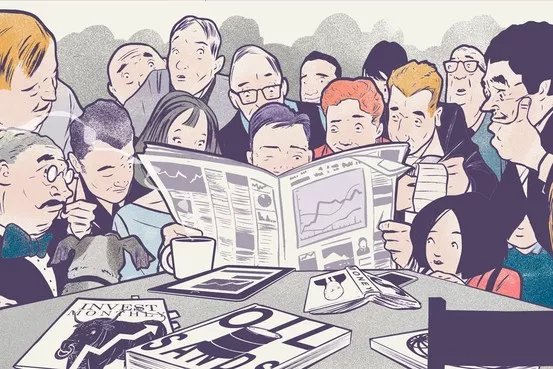 Founder of Galaxy Digital: Bitcoin is "a little bit integrated" as institutions line up to enter the market