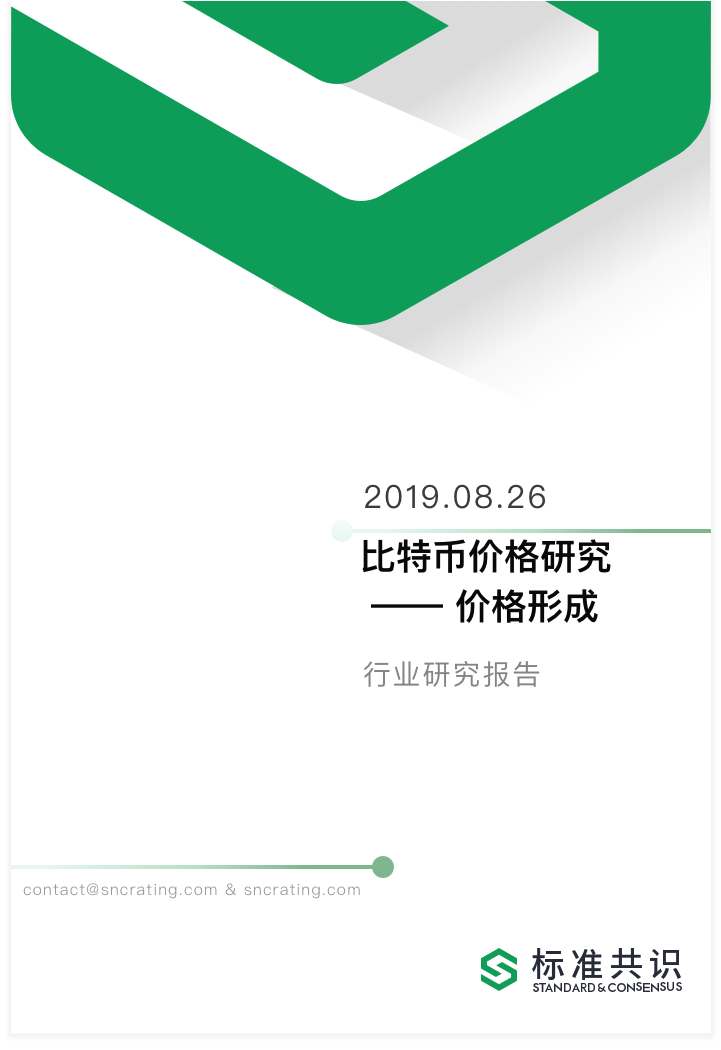 Viewpoint 1: Bitcoin is still not proven to be a safe-haven asset, and its trend is strongly independent.

Viewpoint 2: Bitcoin pricing and price drivers can be explained by the model proposed in the paper, and the validity is very high, but the model itself still has limitations.

In the most recent month, Bitcoin’s trend showed a roller coaster situation. After a wave of 20% gains, the price turned back. Volatility and intensity are among the best in risky products. So, what exactly is supporting the basic value of Bitcoin? Is the risk return of Bitcoin part of its value? Around these two basic questions, we conducted the following study. 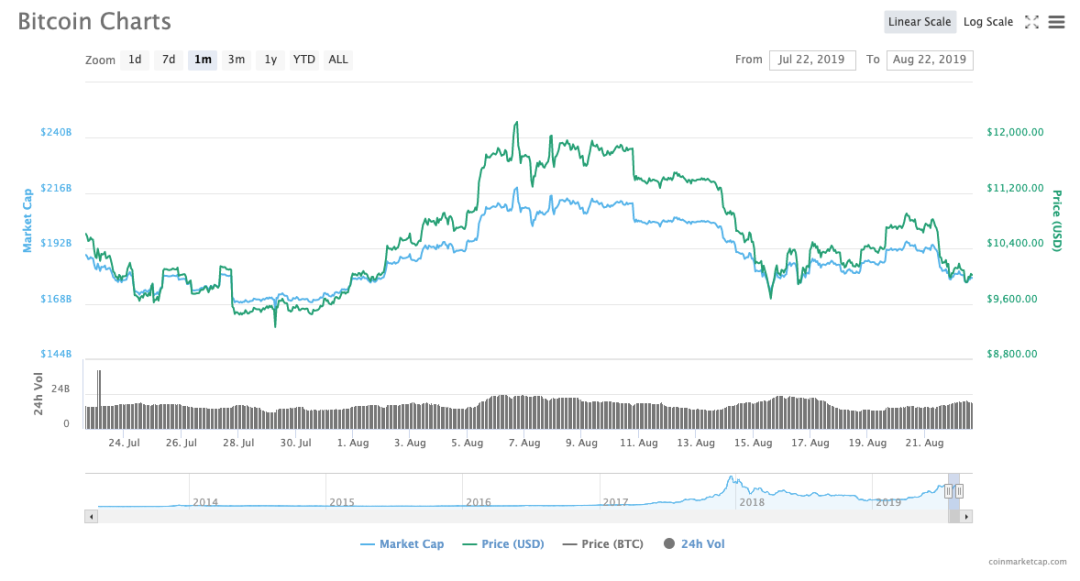 Bitcoin is a legal currency with no intrinsic value. Unlike the standard legal currency supported by the government such as the US dollar and the euro, bitcoin is developed outside the basic economy or issuer, which means that there is no macroeconomic fundamentals to determine the price formation of bitcoin.

According to previous research, bitcoin prices are determined by three key factors:

One of the key drivers of bitcoin prices is the flow of bitcoin supply and demand in the bitcoin market. The demand for bitcoin is mainly driven by its value as a trading medium (not the nature of circulation). Bitcoin supply is provided by the amount of bitcoin in circulation and is predetermined in the long run.

To simplify the model, here we make only the following assumptions:

In summary, under the conditions framed by the model, the price of Bitcoin perfectly reflects the supply and demand of Bitcoin.

Bitcoin was born relatively late compared to other investments. Therefore, factors affecting the behavior of Bitcoin investors have several important factors in addition to traditional factors.

First, the price of Bitcoin may be affected by the systematic risks and uncertainties of Bitcoin. As mentioned earlier, because Bitcoin is essentially worthless, it does not have the potential value gained from consumption or production processes (such as gold) (I don't think that the electricity bill spent on mining can be used as a value for Bitcoin, which is purely a personal point of view. For example, the coinage tax, or fire, is not seen as one of the value support of the currency). The value of fiat money is based on the belief that it will come and be a valuable and accepted exchange medium. As a relatively new currency, Bitcoin is at the stage of establishing its market share by establishing credibility among potential users.

Second, as a digital currency, Bitcoin is more vulnerable to cyber attacks, which can easily disrupt the stability of the entire Bitcoin system, resulting in a more volatile price response. This type of attack has been happening throughout the life of Bitcoin. For example, MtGox, once the world's largest bitcoin exchange, collapsed in February 2014 due to a cyberattack, allegedly causing a loss of 850,000 bitcoins.

Third, the price of Bitcoin is also determined by the trading preferences of potential investors. The preferences of new investor decisions may be distorted by the impact of attention (such as the attention of the news media) because of the many alternative investment options and search costs. Investment opportunities that are of interest to the news media may be favored by new investors as they reduce search costs and trigger high price responses (also known as investment enthusiasm). Speculation may have a positive or negative impact on bitcoin prices, depending on whether the type of news that dominates the media at a particular point in time is positive or negative. At the same time, under the influence of the news media, more speculators will be introduced to speculate. High investment fever will further promote the “bubble”. Therefore, when the bubble is born, the "bubble value" brought by it will become one of the factors that form the price of bitcoin.

First, changes in the stock exchange index may contribute to the price change of Bitcoin. The stock exchange index may reflect the overall macroeconomic and financial development of the global economy. Favorable macroeconomic and financial developments may stimulate the use of Bitcoin in trade and exchanges, thereby increasing their demand, which may have a positive impact on bitcoin prices.

Second, changes in oil prices may also contribute to changes in bitcoin prices. Oil prices are one of the main sources of demand and cost pressures and provide early guidance on inflation development. Therefore, if the price of oil predicts a potential change in the overall price level (which also reflects the CPI), this may result in a depreciation of Bitcoin. The exchange rate can also reflect the development of inflation, which has a positive impact on bitcoin prices. In addition, the exchange rate of Bitcoin and French currency accounts for a large proportion of the US dollar, of which the first two trading areas are divided into the US dollar zone and the Euro zone.

Finally, there may be a negative correlation between bitcoin prices and macro financial indicators. The fall in stock prices has tempted foreign investors to sell their holdings of financial assets to buy bitcoin. This kind of hedging behavior will lead to an appreciation of bitcoin, but if investors use stock investment instead of bitcoin investment, it may stimulate bitcoin price decline.

In general, the return of an investor on a stock exchange may include the opportunity cost of investing in bitcoin. Therefore, stock exchange indices (such as Dow Jones) are expected to be negatively correlated with bitcoin prices.

Based on the above analysis, we selected the WTI oil price indicator, the euro against the US dollar exchange rate, the Dow Jones index and the active address as part of the bitcoin pricing formula. The formula is as follows:

Conclusion 1: The formula can explain the change of 82% bitcoin, and the formula is established under strong relationship.

Conclusion 2: All independent variables were significant within the 95% confidence interval.

The data is supported as follows:

First, the results of the regression statistics verify the conclusion 1.

Second, the p-value is less than 0.05, which means that all the independent variables are significant in the 95% confidence interval, and the conclusion 2 is verified. At the same time, we found that the price of Bitcoin is positively correlated with the Dow Jones index, the euro against the US dollar, the WTI oil price indicator and the number of active addresses.

Finally, the F test was successfully passed in the analysis of variance, which proved that the linear relationship between the independent variable and the dependent variable was established, and the conclusion 3 was verified.

The above is a scatter plot of the four independent variables.

First, our empirical analysis is based on the fact that the bitcoin market is in a high-intensity, efficient market with perfect competition in the market. However, the actual situation is probably not the case. Supply and demand drivers have an important impact on the formation of bitcoin prices and are one of the key factors determining their stability.

Second, we cannot deny that speculation is also affecting the assumption of bitcoin prices.

The number of active addresses used in this paper may be evidence of short-term behavior of investors' speculation, and may also reflect the expansion of the demand side of the Bitcoin economy. It is undeniable that this data can reflect the attractiveness of Bitcoin to investors, but the model cannot be fully quantified.

From the above point of view, we can draw two conclusions: