After the cross-chain, where is the next vent of the blockchain?

"Teacher, in a few months, the main network of Boca will be online, and the IBC protocol of Cosmos will come out. What hot spots can we say?" The warrior asked me. "You are still young, you can fire shoes!" I couldn't help but laugh. "I mean blockchain! Blockchain!" "After the chain, the next vent of the blockchain… In fact, you can guess one or two from recent hot events." "Ah? What? Hot spots? How can I guess…" ——– dividing line ——–

The hotspot of the blockchain world is always very fast. In the past one or two years, I have experienced 1C0, public chain, ST0, DApp, Xiaoye, DeFi, platform, IE0, model currency and so on. Many players have said that investing in virtual currency is much more than investing in stocks, and they can't finish the knowledge and can't finish the hot spots.

Then the question is coming. Waiting for this wave of cross-chain hotspots this year or next year, what will be the next wave of hot spots and vents?

Regarding the next vent, in fact, we can see one or two from the recent three hot events.

1. V God recommends using the BCH blockchain as the “data layer” of Ethereum.

Regarding this matter, the vernacular blockchain has been reported before. For details, see "V God intends to let Ethereum marry BCH, and is planning to enhance privacy. Will ETH sidechains and anonymous coins tremble?"

One application that previously contributed the most to TX on the BSV blockchain is called WeatherSV, which is to wind up the weather data for each city. Now, a development team in China has developed RateSV based on Metanet, which can upload the K-line data of Firecoin, OKEx and Coin's digital currency to BSV for permanent storage and cannot be tampered with.

3. The Nervos project plans to launch the main network in the fourth quarter of this year.

Regarding the Nervos public chain project, the vernacular blockchain has done a lot of reports before. One of the highlights of Nervos compared to other public chains is that the Cell model of the token CKB not only inherits the high parallelism of the Bitcoin UTXO model, but also brings the scalability and programmability that Bitcoin lacks. Each CKB represents the stateful part of the storage space of the entire chain, which can store various data, either assets, application state, or other types of data to achieve SOV (value storage) requirements. .

Seeing this, you might say: "Teacher, do you mean that the next slogan is decentralized storage? Isn't this the work of Filecoin, Siacoin, Storj?"

The next vent, may be "chain data service providers", including data re-storage, search, extraction, analysis, visualization and so on. These service providers may be centralized organizations (such as Internet companies), not necessarily blockchain enterprises, and do not need to do the "issue Token" action.

Why did you come to this conclusion? And listen to me in detail.

02Review history, the first principle of the Internet

When the plane just came out, it could only fly for dozens of meters, so it was laughed at by many people. However, at that time, it was useful to question whether it was misplaced or not. The aircraft can fly, indicating that things that are heavier than air can fly according to the principles of fluid mechanics, and this opens up the infinite possibilities, marking the beginning of an era.

No matter what 5G will bring, for the Internet, you only need to grasp a main thread, that is, the first principle of the Internet – "compression of space distance", through the Internet because of the space and distance.

From this perspective, is it not difficult to imagine 5G, or even the future 6G era?

For example, the Internet of Things. In the past, your refrigerator was broken. You need maintenance personnel to check for errors. In the future, all the devices will be connected to the network. The operating status is clear at a glance. If you have a problem, you may not know it. The technicians are already at home. For example, virtual office. Through VR glasses, I simulate an office. Everyone works at home. It feels like being in the office. You can chat and talk with your colleagues like you do now. If you and your girlfriend are different from each other, the current technology can only chat videos, but you want to kiss. Can't do it. In the future, through the VR and the ultra-thin sensor on the lips, it is possible to actually convey the touch and pressure on the lips.

Grasp the first principle of "space distance compression", you can enjoy the future of the Internet.

After reading the internet, let's look at the blockchain.

Perhaps you have been immersed in the blockchain industry for a year or two, and the mainstream currencies such as Bitcoin, Ethereum and EOS are numerous. However, if someone who has never touched Bitcoin asks you "what is the blockchain, what is its first principle?" Can you tell it in one sentence?

If the Internet compresses space, then the blockchain passes the trust, which is its first principle. If you look at it in more detail, the blockchain is a "de-trusted distributed database + computer."

All of this must start with Bitcoin.

The essence of Bitcoin is simple – a decentralized distributed ledger. This account book carries all the transaction data of BTC in the past 10 years, no operating entity, never took the opportunity, never falsified, rock solid…

Nakamoto said that after the book was stable and mature, the book would carry more things, such as escrow transactions, bonded contracts, third-party arbitration, multi-party signatures, and so on. In other words, upgrade to a database. However, after Nakamoto's retreat, the Core development team limited the block size to 1M, and Bitcoin lost this possibility, which is one of the reasons why BCH and BSV later split. 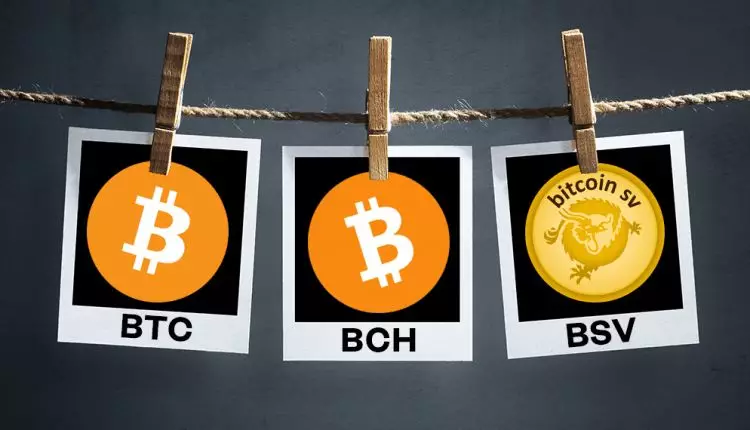 Although the computer in Ethereum is very slow (insufficient performance), in any case, after all, the world computing of trustworthy is realized. This is why decentralized smart contract projects such as predictive markets (such as Augur, Gnosis, etc.) and DeFi (such as MakerDAO, Compound) that have low performance and data storage requirements have become blockchains in the past two years. One of the few real applications.

From the V God plan to marry BCH and let BCH do his "data layer", it can be seen that V God has also realized that in the next 10 years, the blockchain will no longer be simply "chain computing" and "carrying." The book of transaction data, "it will be a "de-trusted distributed database and computer fit", the ultimate goal is to "make everyone on the planet agree on the state of the world (chain)."

Just like the Internet, if you follow the first principle of "transfer trusted database + computer", you can also think about the future of the blockchain.

Of course, some people may ask, a typical application of the blockchain is traceability, but you can't guarantee that the data on the chain is true and correct. What if it is fake data? This still can't be trusted!

You go to the vegetable market to buy food, because many traders are short of two. The state has imposed a “relief scale”, which is used by all merchants. Since then, you are no longer worried about the lack of money. However, if you buy a pound of pork from a merchant, go back and find that the meat is over water or not fresh. Let me ask, is this problem a "safety scale" solution, or can it be solved?

This is just the most initial use of the blockchain as an underlying database, or even a rather rudimentary application. It is believed that with the continuous development of technology, more and more valuable data will be transmitted to different chains. At that time, there will be more and more service providers that provide data search, mining, analysis and visualization on the chain.

These data service providers do not have to be companies in the blockchain industry. The traditional Internet industry or the data industry can take a share. After all, their data services are just a data source, and more importantly, they don't have to issue Tokens.

In the future, even miners may not be able or willing to store large amounts of data for a long time because of the high cost of storage on the chain. At that time, there may be data storage service providers, or even Google or Amazon, to provide paid re-storage services for data on the chain. Only the hash of these data is stored on the blockchain, thus ensuring the non-tamperable nature of the data.

04 not every chain can be trusted

If a company wants to move the company's internal IT infrastructure and important data from the computer room to the cloud, which cloud service provider do you think it will choose?

Obviously, if a domestic company has a high probability of choosing Alibaba Cloud, foreign countries will choose Amazon AWS or Microsoft Azure.

Trust, there is a gathering effect. After all, as strong as Amazon AWS, one or two downtimes occur every year, so that the company's main business runs on other small service providers.

This trust will further aggregate when the blockchain is upgraded from "book + computer" to "database + computer". After all, some public chains that can easily be attacked by 51% of computing power , let alone upgrade the books to the database, even if the upgrade is successful, do you dare to pass the really valuable data?

No way, this is a real and cruel business world.

In the Internet age, as a bystander, those companies that have fallen down have already told us these data and answers. In the blockchain era, as an authority, we just don't want to believe it.

Message Mining No. 311: What do you think will be the next outlet of the blockchain? Feel free to share your opinion in the message area. 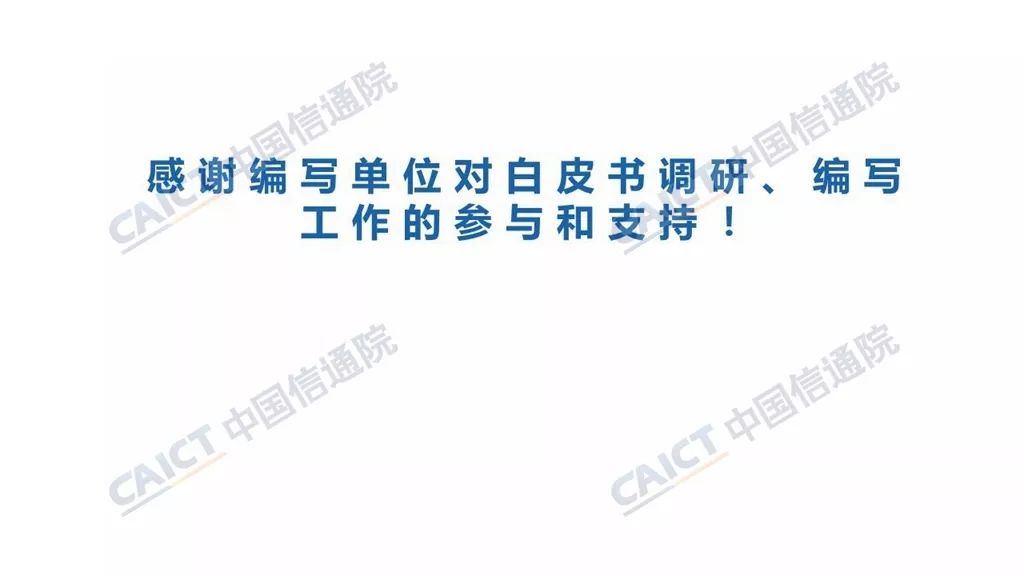 Duan Xinxing, the founder of the original chain: How to see the evolution of blockchain evolution from lexical changes 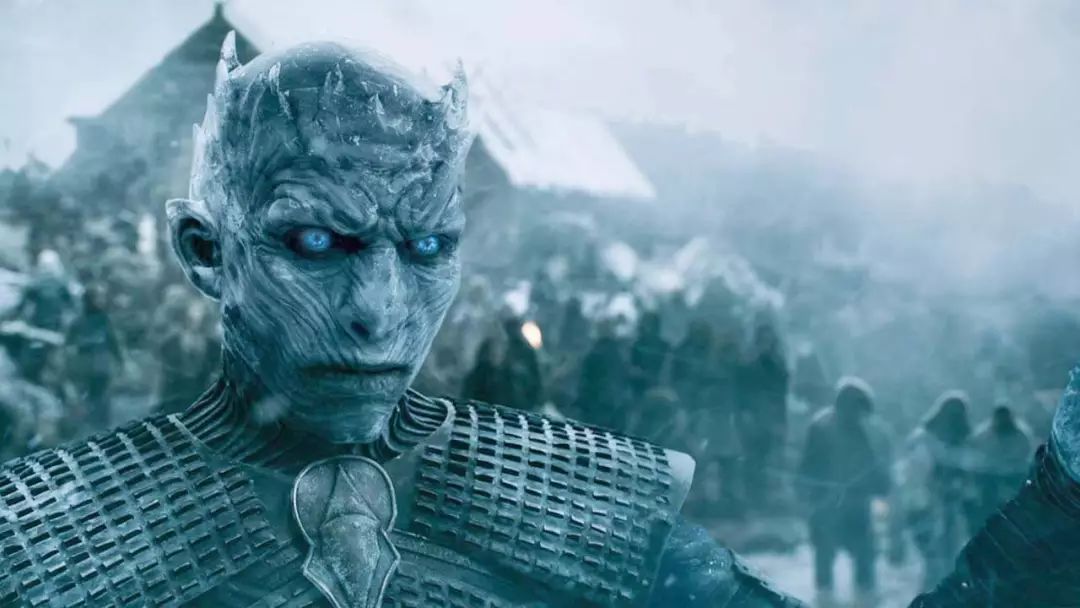