In the past 10 days, Bitcoin fell below the $10,000 mark six times, and then it rose sharply, breaking through the high of $10,500 several times. The game of hidden long and short forces is hidden in the market that oscillates back and forth.

Bitcoin at the $10,000 mark led to a narrowing of long-short positions. OKEx shows that compared with the violent market sentiment in the previous week, the number of BTC long and short positions has remained stable in the past week. As of 16:00 on August 26, the long-short ratio has risen from 1.47 on August 14 to 1.38.

Some analysts believe that under the turbulent market, it often leads to the position of both parties to refuse to close, which also reflects that the current market sentiment is basically in a wait-and-see stage waiting for the change.

With the volatility of the international financial market, the safe-haven properties of Bitcoin have once again become prominent, which is also seen by many bulls as a potential positive for the market outlook.

Last Friday, the Sino-US trade war heated up, the US dollar index fell, and concerns about the global economic slowdown once again shrouded the entire international financial market.

OKEx analyst Neo believes that the recent price of BTC and gold and yen confirms its possession of safe-haven assets, and the Trump administration will again impose tariffs to reverse the trade deficit, and is affected by the global interest rate cuts. Fluctuations in the financial market will be more intense. "At that time, market risk aversion will heat up again, Bitcoin will be bullish for a long time, and investors must maintain confidence."

And economists are conservative about Bitcoin's safe-haven properties.

In mid-August, American economist Matthew Luzzetti issued a paper stating that Bitcoin is too volatile and will lead to a sell-off when the market environment is not good. Instead, capital's tendency toward hedging will shift to more stable government bonds, gold and the yen.

Xiang Songyu, deputy director of the Institute of International Monetary Research at Renmin University of China, also expressed similar views. He believes that the safe-haven function of gold and bitcoin is only an illusion. "The safe-haven currency is the US dollar, the euro can hedge, and the others are auxiliary, such as the yen, the pound, the Swiss, the franc, etc. Gold and Bit. The coins are speculative products, not safe-haven products.” He believes that using Bitcoin as a safe-haven asset is an illusion.

If the potential benefits of financial hedging remain to be verified by time, then the launch of the Bitcoin futures platform Bakkt will inject a shot of a “cardiotonic agent” with obvious effects. 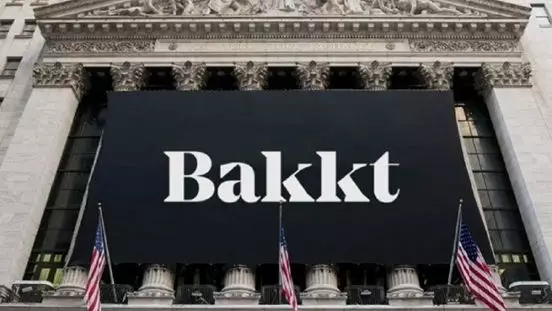 Bakkt will be officially launched on September 23

As early as last year, TokenFund people have reminded the market to pay attention to Bakkt, and its launch means that the US financial community has begun to accept the digital currency market.

79% of BTC addresses are profitable

If the arrival of Bakkt is a positive factor in the news, then the reduction of Bitcoin in 2020 further aggravated the deflation of “big cake”, and the change in supply and demand became a direct stimulus to the price of the currency. 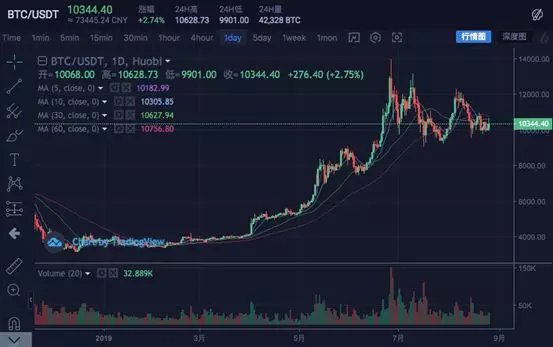 Since the beginning of the year, BTC has increased by 178%.

The relationship between supply and demand is the underlying law of economics. According to the Bitcoin network agreement, it is expected that in May 2020, the Bitcoin block award will be reduced from 12.5 BTC to 6.25.

Although the "half" market pushed up the market bullish expectations. But economist ALEX KRUGER said bitcoin could fall to $7,000 before rising rapidly to a record high.

ALEX KRUGER believes that Bitcoin will break the $20,000 mark in 2020 or 2021, but he also said that the increase in Bitcoin since the beginning of the year needs further market digestion.

Looking back at the history of bitcoin development, the long-term rise in the price of coins is the basic law. Six years ago, BTC quoted $120. When investors feel the history of its upswing, they will have this question: How long can Bitcoin rise?

On August 26, according to Into The Block, a blockchain machine learning and analysis company, 79% of Bitcoin addresses were positively profitable. According to the platform analysis, there are currently about 21.36 million BTC addresses remaining profitable.

For a long time, the market value of Bitcoin accounted for more than 50% of the global market value of cryptocurrency, and its currency price trend has become the vane of the overall market.

Today, this weather vane continues to linger at the $10,000 mark, hiding the saws of both long and short sides.

OKEx shows that compared with the violent market sentiment in the previous week, the number of BTC long and short positions has remained stable in the past week. As of 16:00 on August 26, the long-short ratio has risen from 1.47 on August 14 to 1.38.

Some analysts believe that under the turbulent market, it often leads to the position of both parties to refuse to close the position. "This also reflects that the current market sentiment is basically in a wait-and-see stage waiting for the change."

President of the American Digital Business Association: The legalization of cryptocurrencies should not be limited by the risk of "anti-money laundering"

EOS founder BM: The inflexibility of smart contracts leads to confusion and should be determined by the free market.