However, just in the morning of the same day, Sina Finance quoted people close to the central bank to respond that the above-mentioned news is purely a guess. "Initial joint seven institutions issued" is not reliable.

Nowadays, the news of the landing has been reversed, and the news of the “central banknotes” has once again brought the news of the central bank into the public eye. Although the time and institutional scope are still uncertain, in the past month, China's legal digital currency has long been "faced" in official statements.

From the current objective situation, blockchain technology is not the only means to realize the digitization of legal currency.

Central bank currency rumors are alleged to be "two unreliable"

On August 28th, the Forbes English website issued a statement that the central bank's digital currency CBDC landed within 80 days. The article quoted a former government official as saying that the central bank's digital currency may be officially launched on November 11 this year. Initially, it will be issued to seven institutions including Industrial and Commercial Bank of China, China Construction Bank, Bank of China, Agricultural Bank of China, Alibaba, Tencent and UnionPay.

For a time, the news about "the central bank is about to issue money" is like a shock, and the imagination with subversive innovation quickly sparked public concern. 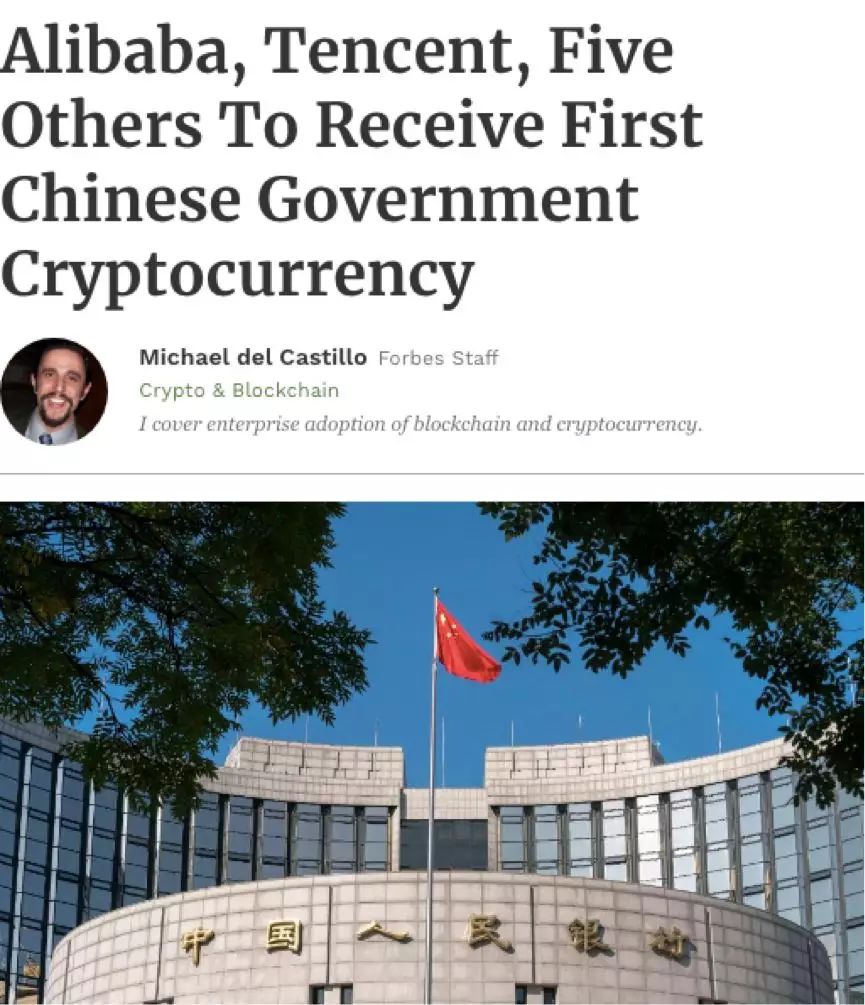 The article pointed out that once this digital currency is launched as scheduled, the People's Bank of China will become the first central bank to officially release digital currency in the world. "The audience is still 1.3 billion Chinese citizens, not limited to the major institutions themselves."

Some people in the currency think that the emergence of CBDC is to supplement the existing payment system and bring new traffic to the currency circle. Some people also expressed their expectation for its emergence. "After the regular army wants to 'shoot', the currency circle can really enter the mainstream financial market, which is undoubtedly a good for the whole industry."

However, the currency circle audience that “self-defeating” did not take long was followed by “messages”.

On the morning of the same day, Sina Finance quoted a person close to the central bank responding that the central bank’s digital currency had been inaccurately guessed within 80 days. "The scope of time and institutions is 'two unreliable', purely a guess."

At present, the official channel of the central bank has not issued any authoritative information on this. In a flash, the central bank’s digital currency, which has attracted the attention of the outside world, has been veiled.

In this regard, Liu Chang, a Ph.D. student in economics at Peking University, said in an interview with the media that “the central bank’s digital currency has been studied for several years, mainly because of the coordination of institutions and interests. If the specific implementation is decided, then the small-scale pilot should be small. Not difficult, but information disclosure before the official release is likely to affect decision making.

Nowadays, the news of China’s digital currency landing has been rumored, and the expectations of the users of the currency circle have failed. But the established fact is that in the past month, the legal digital currency has frequently "showed its face" in the official statement.

On August 2, the central bank said at the video conference in the second half of 2019 that it will speed up the pace of research and development of legal digital currency; on August 10, the deputy director of the People's Bank of China Payment and Settlement Department, Mu Changchun, in China's financial forty people The Spring Forum said that "the central bank's digital currency can be said to be ready to go"; on August 18, the CPC Central Committee and the State Council issued opinions on supporting Shenzhen's construction of a socialist pilot zone with Chinese characteristics, and mentioned support for digital currency research in Shenzhen. Innovative applications. 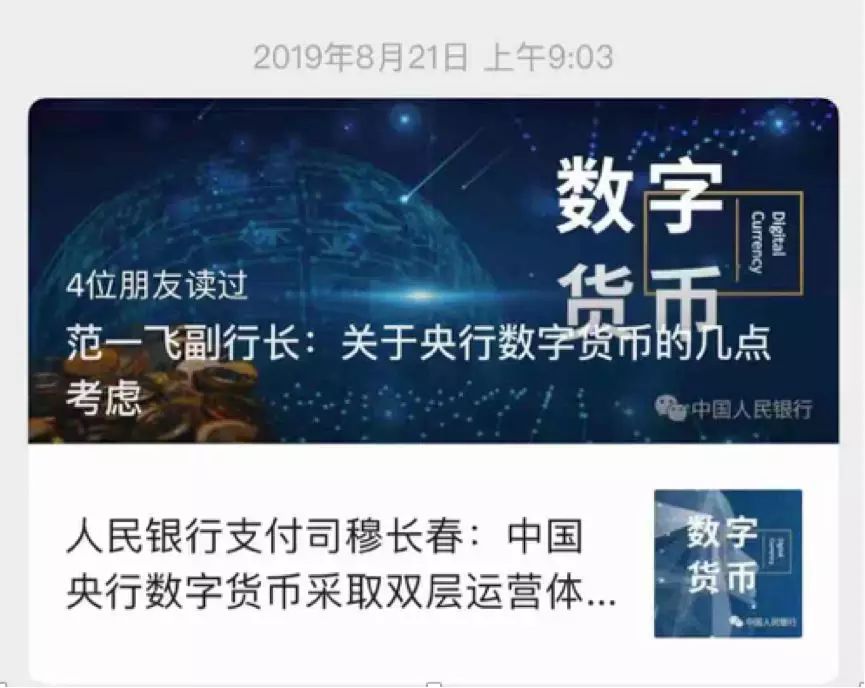 Now, in the past three years, it is still unclear what the central bank’s digital currency looks like and how the specific exchange mechanism is.

It seems that landing operation is still a big dilemma facing CBDC, but it can be seen from the official recent intensive stance that China is stepping up efforts to promote digital currency.

Some insiders have a neutral attitude towards the emergence of CBDC. "The digitization of the RMB does not necessarily use blockchain technology."

On August 10, Mu Changchun pointed out at the 3rd China Finance Forum for the 40th Yichun Forum that the central bank does not directly issue digital currency to the public and may not rely on blockchain technology. "Any technical route is ok. At present, the central bank is in a preferred state in terms of technical route selection. Several designated operating agencies adopt different technical routes for digital currency research and development, and whose route is good, who will eventually be accepted by the people and be marketed. Accept, who will eventually win the game. The premise is that your technical route must meet certain thresholds, such as at least to meet high concurrency requirements, at least 300,000 pens / sec."

There is no verifiable record of the current decentralized blockchain network for the high concurrency threshold for central bank digital currency operations.