Ever since, influenced by Bitcoin, the originator of the mountain, cryptocurrency has always had the idea that "the total amount is limited is the best."

Because of the most attractive aspects of Bitcoin, "every 2100W is always the most frequently mentioned" and one of the easiest to attract ordinary people.

Yes, there are so many people in the world, and Bitcoin has only 20 million in such a district. I think it is very exciting.

So in the early days of the development of the currency circle, "limited amount" has become something that all coins like to write in white papers. After all, the limited amount is more attractive than the “unlimited amount”.

And the bitcoin's genes are against the currency issuance. If Bitcoin itself is inflated, how can it be hard to blame the legal currency?

However, as a currency, the task of challenging the traditional currency is left to the big brother, and the newcomers seem to be reluctant to play the "limited amount" game with the big brother.

And as people's understanding of cryptocurrencies and the waning of bitcoin and PoW disappear, the cryptocurrency can be divided into three phases.

In the past, the currency circle was still the home of the "bit god". Anything that runs counter to the idea of ​​Bitcoin will be questioned. Naturally, when the Ethereum project white paper was released, people often questioned that “there is no upper limit on the total amount.” Even some people who are very optimistic about Ethereum feel that it is not acceptable for the infinite issuance. (Perhaps this is also the main reason why Ethereum is "in the long run, worthless" 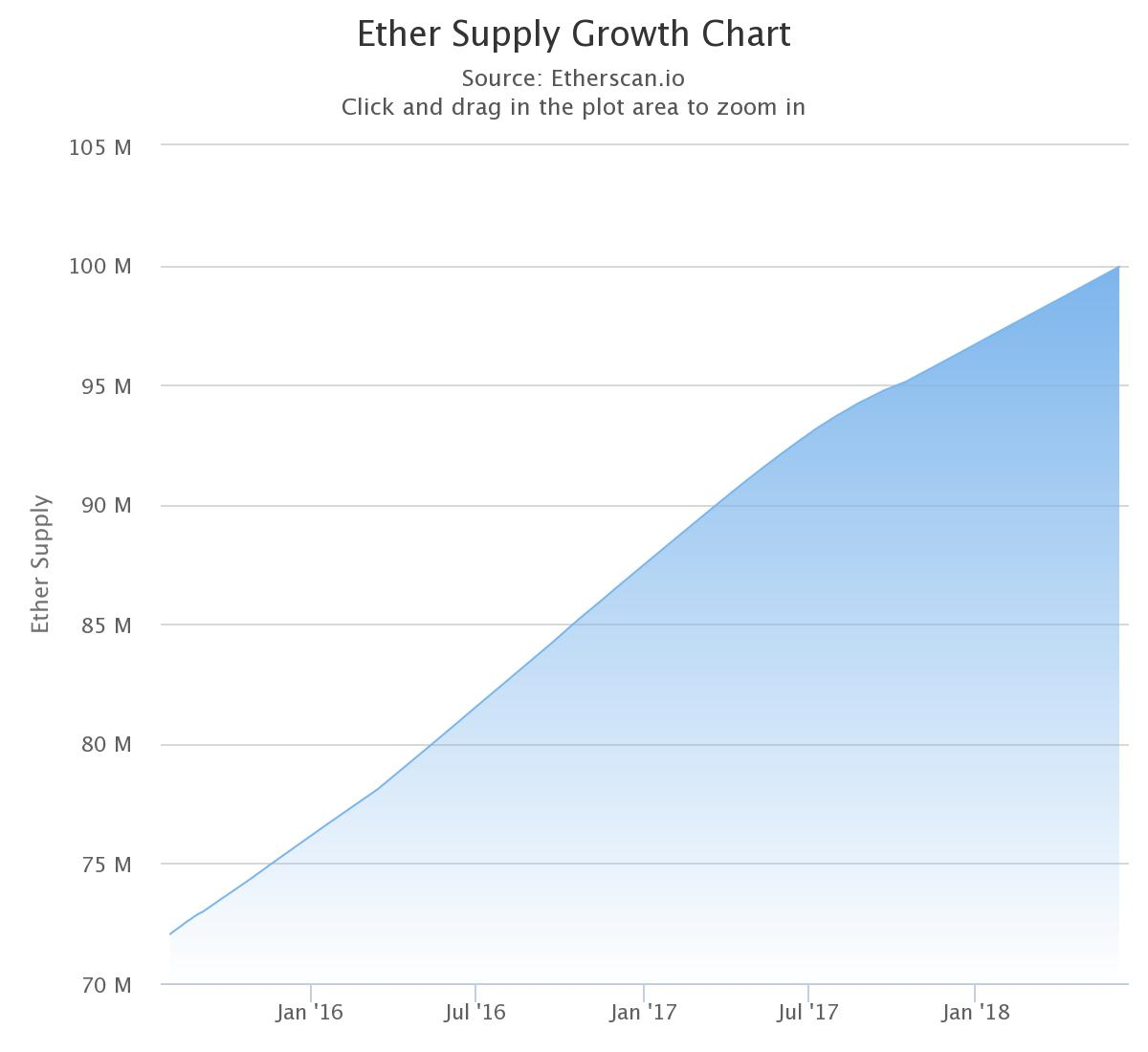 After all, even the most central Ruibo has shown that it is a total of 100 billion yuan and will not be issued.

Many people don't understand Bitcoin's concept of "deflationary currency". It says that the total amount is limited and not reduced. Why is deflation?

In fact, this is the case. A limited amount of money is naturally deflated under the growing user and economic needs.

And deflation, PoW, limited amount, these were once indispensable qualities of cryptocurrency until the emergence of PoS.

Second, the era of integration

And even though the total number of Ethereum has exceeded 100 million in three years, the whole ecosystem has matured and even replaced Bitcoin as the main imitation of the altcoin (IC0 said that it is the public chain and the next Ethereum, After a few people said that they were bitcoin, people still did not give up their contempt for "issuing hair".

In fact, although Ethereum is "infinitely unlimited", today, after Ethereum is mature, the speed of issuance is not too fast, and the inflation ratio is not high, so people will no longer vomit the inflation of Ethereum.

The most embarrassing object that was really spit in 2018 was not the Ethereum, but the most popular EOS. If you still have the impression, you should remember that when the main online line was the hottest, EOS's 5% annual increase was questioned at the time.

Third, the era of inflation

Soon, by 2019, the people who questioned the issue had pointed their finger at Grin.

Grin's inflation can be described as extremely high, producing a block in one minute. The reward for a block is (60+x) Grin, and never decays, there is no upper limit. That is to say, one coin per second can produce more than 80,000 Grin in one day, and can produce more than 30 million Grin in the first year. Of course, the rate of increase in issuance is fixed, which means the attenuation of inflation (Inflation).

But although people are still questioning, it is undeniable that when the new projects almost all choose "unlimited amount" instead of "limited amount", we know that the era of cryptocurrency inflation that comes sooner or later is already in 2019. Really coming.

After all, people have begun to talk about the "Staking mode" enthusiastically.

What is the Staking mode? This is a long story. In fact, I have already introduced it when I talk about cross-chain projects. If I want to know more about it, I can go to the article in front of me to search. If you don't want to know more about your friends, I would like to summarize in one sentence: that is, you lock your currency and work on the main net to get the salary.

Similar to EOS, TRX, IOST, LPT, etc., this is the case. (This model is very popular recently, and the income is relatively considerable. I am interested in friends who want to lock the warehouse while taking dividends. I can find out that many wallets are already supported. You only need to buy coins to lock in.)

And this model has an obvious inevitable condition, that is, it will definitely be issued, and it is constantly issued. Because the security and normal operation of the main network is ensured by locking the tokens, the dividends obtained must be sustainable, and this dividend can only come from additional issuance.

For many projects launched this year, the continuous increase is the security of their blockchain and the driving force of the community.

So what is the impact of the inflation era on our investment in the currency circle?

Short-term speculation is of course unaffected, because the proportion of inflation is doubled every few days. But for long-term investment, people who plan to take a few years must consider long-term inflation.

I would like to say that Grin, who has a more extreme issuance, if he can maintain the current price (Grin=2.8USD) for a year, then after he goes online one year later, his market value will be ranked 68 (according to the current Market calculation), which is the current market position of Pai. When you buy Grin, you have to consider that if you want him to have a better increase than the overall market, for example, if it doesn't rise much, he will rise to 5 dollars, then it will go online one year. The market value is almost in the top 50. Do you think this is reasonable? If it is reasonable, then buy it with confidence. If you feel unreasonable, then you should consider it carefully.

However, the small inflation rate does not mean that there is no such thing as the inflation rate in the first year of the new project. The possible inflation rate plus the current price to calculate the corresponding market value ranking is that you are investing. Prepare for a coin.

(In fact, it's not just in this respect. It is reasonable to use the market value ranking as a reference when investing in a coin at other times. Including, I often say, when you are looking for a project worthy of attention, look for those in the bear market. Rising the project, paying attention to him, studying why he shines in the bear market, and finally entering his community. Buying coins is not a simple click, replacing your bitcoin with others. You think it is possible to increase more than bitcoin in the short term. Other coins, to make more bitcoin, take a lot of time and good luck, far from being so easy, and much harder.)

Finally, we inevitably ushered in the cryptocurrency inflation era, the limited amount no longer appears in the white paper, replaced by the issuance model and inflation ratio, it seems that everything has become commonplace.

But fortunately, we still have Bitcoin. We can still laugh at the so-called "good inflation" and the real depreciation of the legal currency.