In the previous article, "Tencent just announced the public beta, this is the first blockchain phenomenon-level explosion application", we define "to catch the demon together" as " there may be blockchain phenomenon level explosion application " There was a bit of awkwardness in my heart, because the article, despite many good reasons, only guessed that it might be a fire.

Surprisingly, I didn't expect the public beta to be the first in the free iOS app store for a few hours, and there was also a set of real hammer data to make sure it was the first paradigm application in the blockchain :

The WeChat index shows that the "common to catch the demon" on the day of the public beta, the WeChat index heat directly pressured the world's first gold-selling mobile game "Glory of the King", an increase of 2978.25% on a day-to-day basis (as a new mobile game, from the beginning of April to the pre-test average index Less than 100,000). Compared with the other two mobile games in the top 20 of the 2018 revenue in China, "Fantasy Westward Journey" and "QQ Speed" are even more popular.

The daily active users of WeChat approached 1 billion, and the WeChat index is quite informative for the judgment of the hot and cold degree of most products. Although it may only be a short-term summit, don't forget, "Catch the demon together" is just a public beta! The real blockchain game has just begun. Therefore, as Tencent's first blockchain game, it is also the first phenomena-level explosion game. 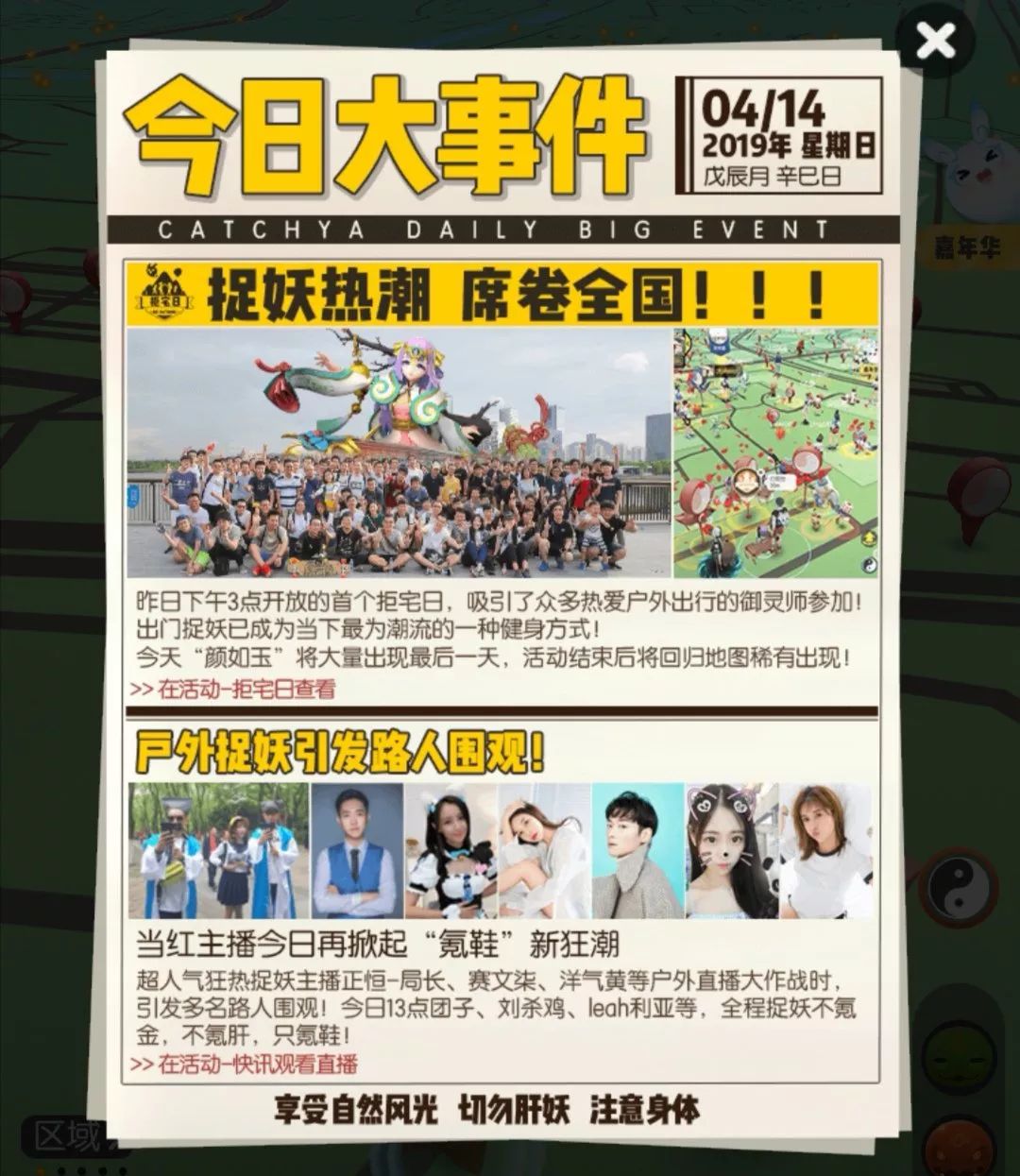 Today, we continue with the last article and continue to interpret a few issues that everyone is very concerned about:

01 Why is the “Catch the Demon” chain tour so blushing?

Due to the consistent low-key style, Tencent only changed the official website to reveal some information about the activities of the next day's public beta online until 22:00 pm on the eve of the launch. The vernacular blockchain (ID: hellobtc) was the earliest media to publish in-depth coverage in the blockchain industry, but did not expect it to be so fierce:

First, Tencent did ample testing . The public beta distance was published for a period of up to one year. Several batches of internal testing and repeated details were polished. In addition to accumulating a large number of early-time internal users who were full of expectations, it also showed the ultimate experience of Dachang products during public beta. .

Second, Tencent has used a lot of resources online and offline . Needless to say, the traffic of Tencent's multiple products is huge. In addition to the WeChat game page, the mobile phone QQ and other clients have appeared in the big screen promotion, and also linked the “100 City Store” offline promotion. This is the offline resource treatment that was only available when promoting top-level products such as WeChat payment and King Glory.

In the last article, we also mentioned that it is likely to have strategic significance for Tencent, so Tencent will definitely promote it at all costs.

02 Why didn't you see the shadow of the blockchain?

The comments in the previous article, the vernacular blockchain community, there are many people who doubt that Tencent is in the blockchain heat, and some people found that "to catch the demon" related to the introduction did not see The word "blockchain". This made many players who heard that it was a blockchain game and came to the forefront, couldn’t figure out what it was.

Let me talk about the "Tencent 蹭 blockchain heat" . The blockchain or encryption field is now in the bear market, and the industry is quite clear. Nowadays, among the upstream and downstream ecological participants such as project parties and media, the number of people still active is still tens of millions. As a "big factory" with more than one billion users, Tencent really needs to tens of millions of users? Moreover, there is really no heat at the moment, and the WeChat index of the "blockchain" is not even hotter than the 1/6 of the glory of Tencent's king. In this regard, personally believe that the main reason is that Tencent's users have a large amount of influence and influence. The regulatory layer does not currently hope that the big manufacturers will go to the blockchain concept. In order to ensure the smooth progress of the game, Tencent can only be used for cold processing. In addition, Tencent's goal is to push its own chain of alliances for the B-end – "Tencent blockchain" and TBaAS on Tencent Cloud.

Moreover, the average player may not need to know what technology is used from the beginning. It only needs to appear in the webpage and related activities of the Tencent blockchain to enable entrepreneurs, technicians, and blockchain entrepreneurs to understand this. The product, its purpose has actually been basically achieved. Therefore, Tencent did not use the blockchain technology to promote the "Catch the Demon" together. And this, does it just mean that Tencent has no need at all, and does not want to enthusiasm for the "blockchain"?

In summary, the question we need to think about is: In the end, Tencent has smashed the blockchain's popularity, or the blockchain field's practitioners, Tencent's popularity, hopes to use Tencent's more than one billion users and phenomena-level products to make blocks Is the chain more widely available?

03 Then talk about the value brought by the blockchain to "Catch the demon" and Tencent. 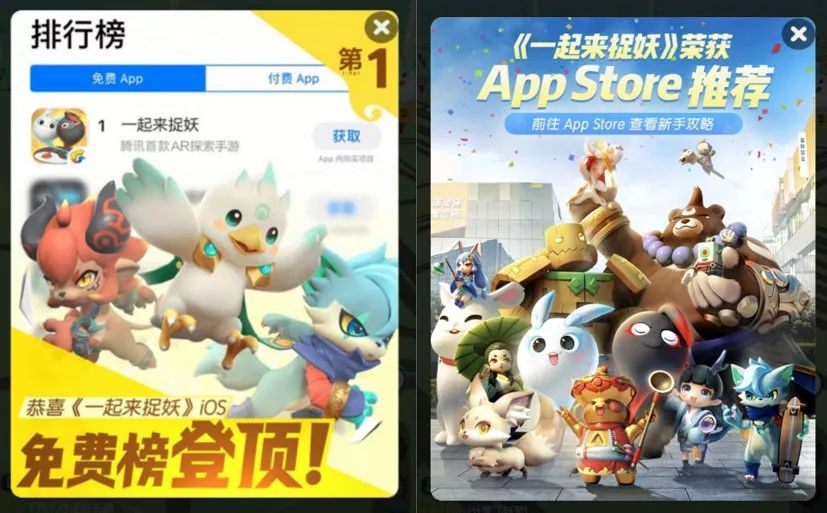 In the decade when online games have emerged and become popular and popular, most people have already believed and accepted the virtual assets and virtual props in the virtual world, which can be traded in the real world and gain valuable value.

However, the problem is coming. Some veteran gamers with rich game assets are actually most afraid of the power of the game operators. The value of the virtual assets is completely determined by the operators. An update announcement, the players' efforts may be lost. In addition, players are also afraid that the operators will sneak in the ground while showing their sincerity and hope that the players will believe. In any case, the consensus of mutual trust between players and operators has not been fully realized, and the contradictions continue.

If the current game makers and operators' products can solve these problems and eliminate the trust problem between players and operators, then its games can naturally advance better.

Second, the card collection game is natural for the blockchain

"Catch the demon together" is very similar to an upgraded version of a traditional card game. Just like many early limited edition stamps and coins, collectors like to collect all kinds of exquisite things, and the more scarce, the more often this thing valuable. Many of the early blockchain games were card games, but there was no such big-level production as Tencent. Card games are great for enhancing the scarcity, fairness, and transparency of collections through blockchain play.

Some people have asserted that "to catch the demon together" will not be hot for three months, because the playability of many games can not continue to attract players, and the fresh energy will pass.

In fact, in order to enhance the appeal of the game, buy and create a lot of cartoon 3D images, each image has been designed with a set of actions and stories, including the top of the movie box office in the movie. Monster image. The copyright cost of each cartoon image and some image creation costs are high. The insiders said that a similar set of IP image copyright fees may exceed 8 digits. It can be seen that Tencent has indeed made a bloodshed.

However, despite such a large production, there are still people who do not buy it. Some players said: "What is the use of good-looking? What do you do to catch monsters? You can't eat it!", just like the "airplane war" of the year, although it is a phenomenon-level application, it has not lasted for a long time, and slowly there is no It’s hot.

At this time, our protagonist "blockchain" has become a dazzling highlight of the game . As mentioned above, the cat on the chain of the blockchain game will directly add to the appeal of the game and inject the role of “can eat as a meal”. With the scarcity, fairness and transparency of the blockchain, through the sale, realization and appreciation of the cat market, the players will spend a lot of time and effort to get the props, just like the bitcoin miners are willing to tirelessly mine and maintain Like the Bitcoin network, this is the role of incentives. Imagine, can Bitcoin really eat as a meal? Why do Bitcoin players tirelessly play this decade-long, somewhat difficult-to-understand "Digital Gold" game for ten years?

04 What does “Catch the Demon” bring to the blockchain?

In the decade after the birth of Bitcoin, although more and more people believe in the blockchain and believe in the value of digital gold, there are still only tens of millions of users, for the game industry with more than two billion players. It’s just a slap in the face.

Blockchain comes with technical thresholds and cognitive thresholds. Many people simply can't understand these things. Even for cryptocurrency investors, there are still many people who think they are speculating. As for what the blockchain is, there is no need to know. I don't want to know.

In the past, games made most people understand the value of virtual assets. If we use Bitcoin as a game, we will find that Bitcoin is a popular game with tens of millions of players and countless miners who burn and burn electricity. It is also a virtual asset and worthy.

From the game's point of view, the barrier of the blockchain will be reduced to a position that can be understood at any age, because players can understand what is scarce, transparent, fair and just virtual assets, what is called personal property is inviolable. This will bring a huge number of new users to the blockchain.

Although we are still unable to determine whether the heat of "to catch the demon together" will continue, and once again transcend and long-term beyond the glory of the king, but we can at least be certain that Tencent has high hopes for it. It brings value to Tencent's new commercial retail sector and the trillion-level market such as Tencent Blockchain and Tencent Cloud. It is likely to far exceed the King's Glory, the world's number one gold-selling mobile game.

Let's make a prediction. How many new users can you bring to the blockchain industry ? What is the reason for the forecast? Feel free to share your opinion in the message area.

Swiss regulator: or receive more information about Libra by the end of this month

Data show: XRP is more popular than BTC in California

Circle CEO: The cryptocurrency side reflects the impulse of Internet users to connect and interact directly

The mainstream currency has been fully adjusted, and Ethereum has fallen by more than 10%.