I recently saw an article that I thought was very interesting. The current Trump plus tariffs written in the article are similar to those of Hoover in that year. The success of Hoover’s high tariffs on other countries was triggered. The US financial crisis has led to a surge in unemployment in the country, which was as high as 40%. People lived by dumping bins. Now the Trump administration is starting to impose tariffs again. Will it cause the same problem? Today’s world economy is highly integrated. Once a problem occurs in a certain link, the entire economic system may face collapse, so we have seen the rapid rise of gold and silver, history will not repeat itself, but it will be strikingly similar, the world has come to the fork, the same The choice is in front of you:

1. Industrial revolution. As before, the breakthrough in technology is not inevitable, but rather accidental.

2. War. The five major hooligans have the nuclear weapons that destroy each other, and they are checked and balanced. There will be no world war, but small-scale local wars are not impossible. Some areas that were originally in turmoil are likely to be fired by artificial locations.

The pattern of the world has grown to a point where the world order we are familiar with will undergo a major reshuffle in the next few years.

Is blockchain technology a life-saving straw to avoid the collapse of the world economy?

BTC oscillated in the vicinity of the lower triangle of the convergence triangle, the volume continued to shrink, and the fund-raising funds were not enthusiastic. It is obvious that this does not meet the characteristics of the bottom, so I personally think that this is not the bottom at all, or a down relay, may continue Falling along the 5 antennas, the possibility of this round's downswing to break the low point of August 15 will be very high. I didn't look at the bottom, but I still wait and see, because the macd indicator at the axis level has already started to diverge downward.

I still insist that this is a medium-term adjustment. The current trend is a general correction for this year's overall increase. The current correction is around 0.5, but the target has not stabilized, so it will continue to test around 0.618. The support, according to the measurement algorithm, the next target of the target is around 7200-7500 US dollars, here is also a transaction-intensive area, the interval has a certain amount of support. ETH has rebounded a bit, but the rebound is weak, the volume is shrinking, and there is no 5 antennas. The 5 antennas still have some pressure on the price of the currency. The continuous decline of the target fully represents the other mainstream currencies except Bitcoin. The weak market is basically in line with our previous judgments. Before the bitcoin position fell, the target has no logic to stop falling. Then the market may continue to explore. We have also stressed that the target does not have the conditions for independent market. The value of participation has not been high, and the gap can be seen from the decline. Most of the funds participating in the target belong to the follow-up market. The market is not good. They are the fastest, so they can still look at Bitcoin. In addition, the next strong support of the target is around $150, combined with the trend of Bitcoin, if there is a heavy volume at this point or a small position can participate. 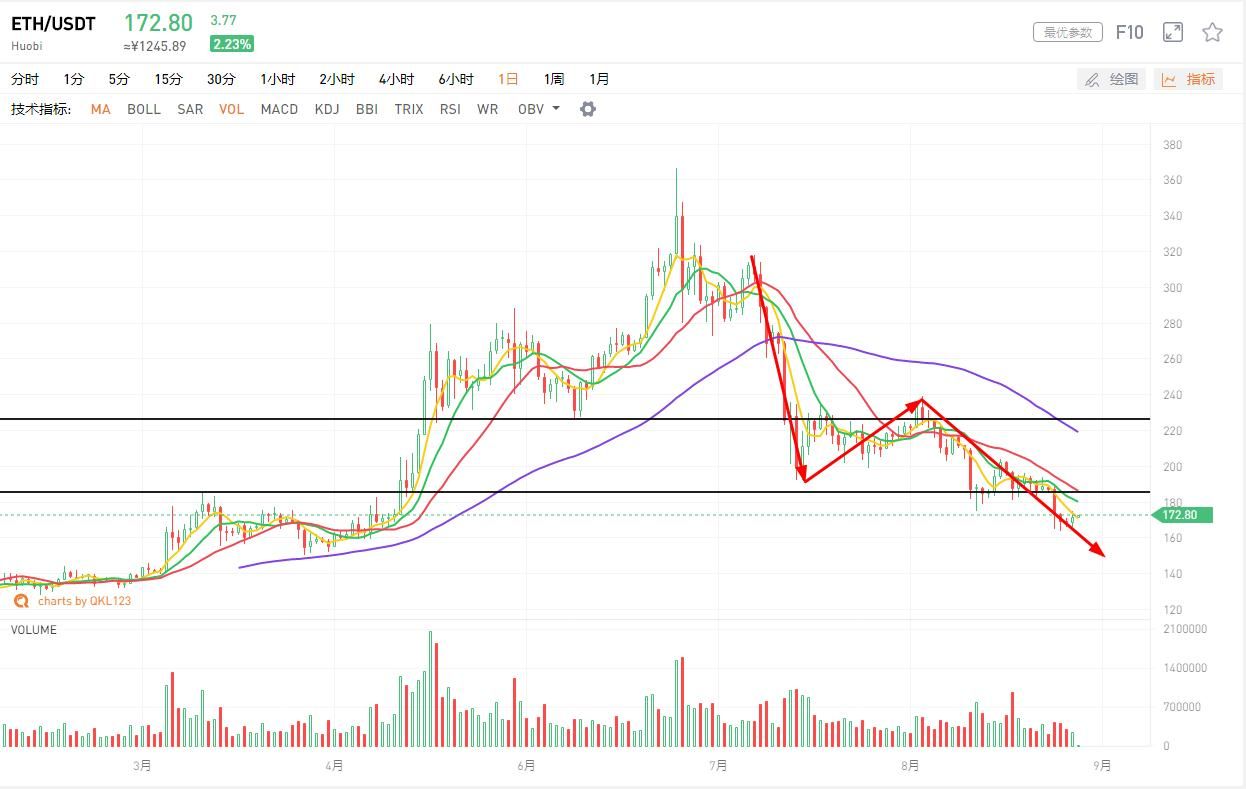 BNB maintains the medium-term adjustment judgment. It was originally expected to have a back-draw to confirm whether the low of 24 US dollars was effective. The market did not go out of the market, indicating that the market is weak and there is no intention of bargain-hunting. I personally think that the target will further Under the search for support, according to the measurement of the decline, the target may be effectively supported around 18 dollars, but at what rhythm to reach that point, it is not easy to say, in the process of the whole process may be counter-pumped $24, confirm whether the break is effective, if there is a counter-attack to leave, if a few big Yinxian hit near 18 dollars, and with the heavy volume, I will consider the small position bargain-hunting, does not constitute a suggestion, pay attention to risk. 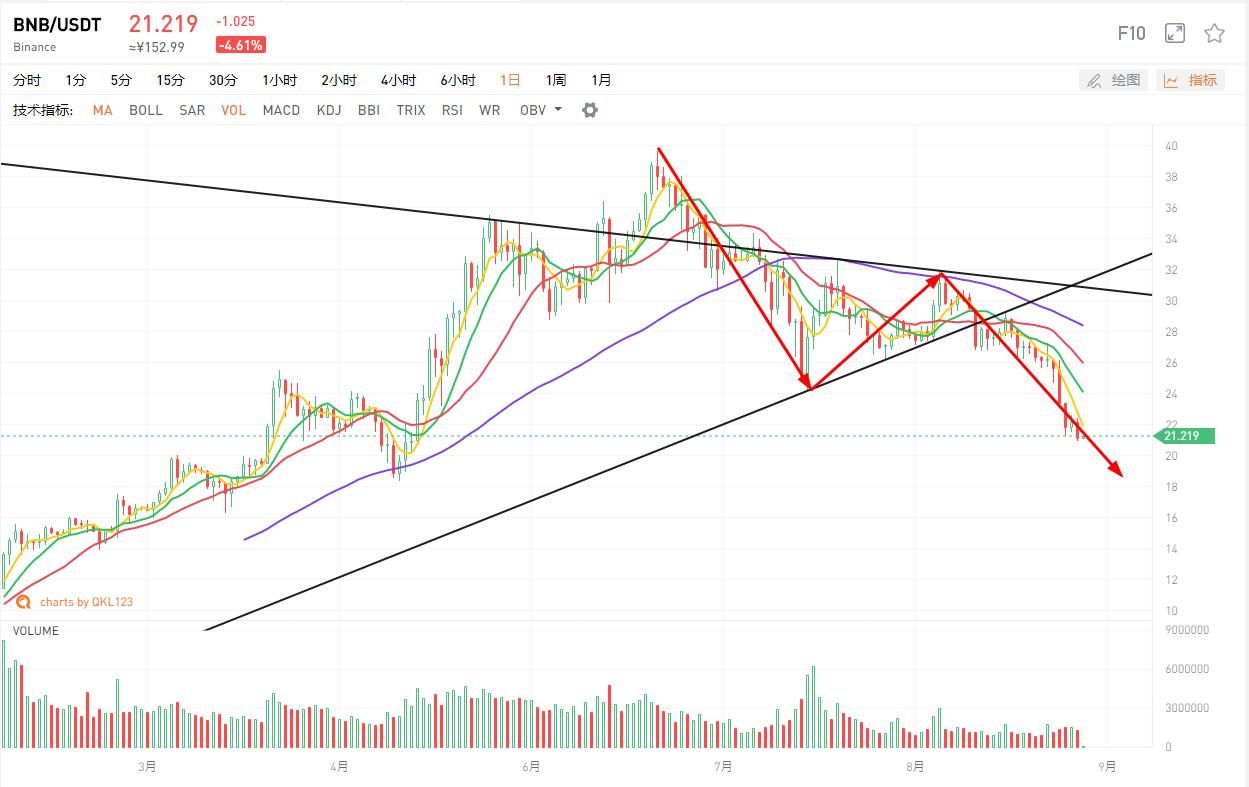 BB: Bitcoin will continue to advance on the track of catching up with gold

CFTC Chairman: The surge in interest in cryptocurrencies will lead to more clearing houses

Today's panic and greed index is 20, the level is still extremely panic