This sentence is very profound and worthy of further investigation. What can the value investment explain and what can't be explained? What theory should be used to explain things that cannot be explained?

Of course, we can also try to find some clues. Buffett is the spokesperson and practitioner of value investment. He really made a fortune by practicing the value investment concept. He once became the richest man in the world and is still in the top ranks of the world's richest people. This proves that value investing does make sense, and indeed it is "can explain some things."

But what Buffett is most criticized is that he missed the entire Internet age. There have been many great companies in the Internet era that have lasted for 20 or 30 years. The Buffett family has not voted, which directly led to his leader in the wealth list. Although he has successively invested in IBM and Apple in recent years, IBM should be a loss, Apple is still holding, and the future outcome is still unpredictable. At the same time, the current world's richest man is Amazon's founder Jeff Bezos, who is a typical Internet player.

The change in the ranking of the world's richest man is not only a change in ranking, but also a reflection of the direction of capital and the changes in investment thinking behind it.

I mentioned in the article "Thinking about the Separation of Stocks" that I spent a lot of time thinking about how to value the blockchain and digital currency projects, and I have never found an answer that I am satisfied with.

Buffett's value investment philosophy has a very important term called safety margin. The margin of safety means that you need to have a valuation of the project you invest in, and a simple estimate of its intrinsic value. Because this calculation is definitely inaccurate, you need to make a discount on the basis of this value to ensure safety, for example, 50% off, then the space of 50% is called the margin of safety.

These three changes are all for a reason, mainly because the surrounding business environment is changing, and these changes are manifested in the following aspects.

From the perspective of investment targets: In the era of Buffett, the company mainly produced goods, such as Coca-Cola and Geely razors; but in the Internet era, the main production is software, which provides services to the outside world; in the blockchain era, The main target is Token. At present, Token mostly represents the right to use.

From the perspective of market size: In the Buffett era, the sales target of goods is generally some local areas, and only a few enterprises can cover the whole country. In the Internet era, when software and services are launched, they directly face the national market. This may also be the Internet. The company's market value is generally an order of magnitude higher than that of traditional companies; in the blockchain era, it is a step further. Token and the services provided are directly facing the global market, which is wider than the Internet for the national market. Maybe The market value of future blockchain companies is generally an order of magnitude higher than the Internet .

From the intrinsic characteristics: In the Buffett era, the decisive effect is the scale effect . The larger the scale , the lower your cost. You have enough funds to do marketing and promotion, and the brand will be promoted. In the Internet era, because the Internet directly covers the whole country, it is very important for a product to take the lead. It directly affects whether more people will use it. Effect ; in the blockchain era, things seem to have undergone some changes. On the one hand, the network effect is still playing a role, but on the other hand, even if some projects have taken the lead, the network effect is already obvious, but if A new project can make people make money, then everyone will flock to the new project. At this time, the network effect does not seem to be completely decisive. At present, there seems to be no suitable word to describe this state. Maybe you can use the money-making effect instead.

4. What exactly is Token?

To understand the particularity of investment in the blockchain era, the most important thing is to figure out a question. What exactly is Token?

It is very important to clarify that “the essence of most of the certificates is commodities, and the rights behind the certificates are the right to use”, because it means that for many certificates, the most important thing is the commodity attributes, not the financial attributes. Directly, the price of the pass is determined by the supply and demand relationship of the goods, not the intrinsic value of finance.

Valuation of financial assets can of course be analyzed from the perspective of financial flows such as cash flow and profit; but when you value the goods, not exactly the valuation, which is called pricing, you should actually supply and demand. Angle to analyze.

Of course, the price of the coin is not completely unrelated to the profit. If the project establishes a mechanism for repurchasing or destroying profits, then the profit is repurchased and destroyed in the secondary market, which can effectively reduce the token on the market. The circulation, increasing demand and thus increasing the price of tokens, is equivalent to the disguise of linking profits with supply and demand, but in essence still through supply and demand.

V. Investment thinking in the era of blockchain

I have seen many people have proposed a lot of valuation methods, such as Metcalf's valuation theorem, etc. It should be said that this valuation still has some logic in it, but it is still not accurate. And I personally feel that at this stage, all the blockchain projects are not accurate enough to make investment valuation analysis from a quantitative perspective. In Buffett’s words, this may be a precise mistake. I think the current blockchain projects are Can only be analyzed from a qualitative perspective.

The Internet is similar to the blockchain, so the valuation of the blockchain can be borrowed from the Internet. Although there was no way to use value investment thinking in Internet projects in the past, he had his own set of angels, A, B, and C rounds of PE and VC valuation theory. It also had membership based, page views, clicks, and membership. A set of business analysis methods such as number, target market capacity, target market share, etc., and there are enough Internet listed companies to make valuation comparisons, which constitutes the capital ecology of the entire Internet.

Similarly, the blockchain will need some changes in the underlying valuation method in the future, because Token refers to the use rights more often, and the back is determined by supply and demand, so similarly we can find some real requirements related to the blockchain project Token. Data, for example, based on "off-site premium", "active address number", "coin-day destruction", "new active address number in the past 7 days", "large transfer amount in the chain", "small transfer on the chain" New indicators such as quantity, “DAPP quantity” and “DAPP total transaction amount” are used for business analysis and valuation. Currently, these data, both in terms of data volume and data dimension, need to be more abundant to support the valuation of an industry. Theory .

3. From the perspective of specific investment means: I personally feel that the following several methods for the blockchain Token investment are as follows. These investment methods can all ignore the valuation factors as much as possible (not completely):

A, the currency. The coin is for a digital currency like Bitcoin. In contrast, the coin does not care so much about the price and valuation. Of course, there are some preconditions for the coin, that is, the coin must first maintain a sharp upward trend for a long time in the future, and the coin is preferably limited in quantity; then the currency preferably has real use value and exists on the market. Just need. Not all currencies are suitable for 囤, in fact, there are only a few items that are suitable, such as Bitcoin, which is suitable for the 囤 mode.

In the traditional investment philosophy, there are three elements, the first is the trend, the second is the cycle, and the third is the value. In general , the importance of a trend is greater than the cycle, and the importance of the cycle is greater than the value . What does that mean? That is to say, if this is a big wave, such as the original Internet wave, then when this wave rises, whether you are a boutique project or a garbage project, it will be highly speculated because the wind is here, this is the trend. . In the case of trend determination, the entire industry also has a cycle. When the cycle is up, all the garbage coins and air coins will rise very high, but when the trend is down, all the coins will fall very badly. The relationship with the value of the currency itself is not too great. In the end, it is the turn of value. Whether or not your currency has value will be reflected in the magnitude of the fluctuation of the currency. For example, like Bitcoin, when others fall, it falls less. When others rise, it rises faster, because it has its own unique value. Although we can't estimate the valuation in the blockchain, the trend and cycle still exist, especially the cycle, which we can use.

In order to make good use of the cycle, the best way is to make a fixed vote. The essence of the fixed vote is the mathematical harmonic mean. The harmonic mean is the smallest of all the averages, so as to ensure that the cost of your investment is kept to a minimum for a long time. Do not rely on the valuation to solve the problem of low buy and sell low.

Overall, the blockchain industry is still very early in the early days. There are many business models still evolving, and there is no stereotype. Perhaps the real mainstream business model will not even appear today.

At present, our valuation and investment in blockchain projects are still in the exploratory stage. At this time, we must be aware of the changes in the underlying thinking of investment, and on the other hand, we need to have enough patience for future changes and wait and see. It changes. 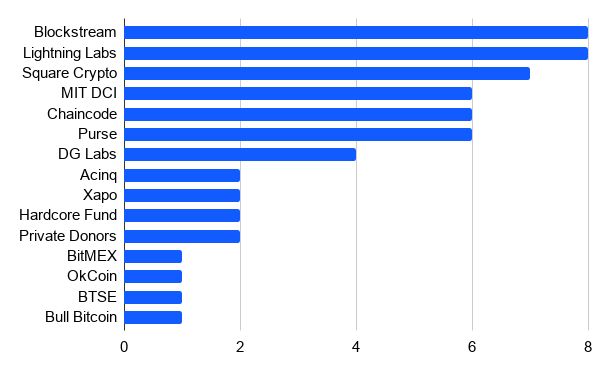