This week's EOS daily rankings have not changed, and the data is stable.

The overall performance of the wave field did not change much this week, but the rankings alternated.

IOST's overall performance has been stable this week, and BlockArcade is the biggest highlight.

The data of the ontology has declined to some extent this week.

This week, I will give you five chain links. Here is an overview: 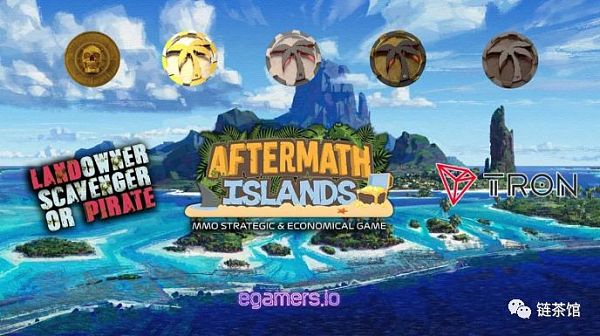 "Aftermath Islands" is an island strategy page tour on the wave field. This is not a new tour. Instead, it was launched on July 30, and it has been a month since. But this week, the game actually launched ICO on their own Token, they posted the public key address on the website, expecting players to reward and crowdfunding, can not help but make people laugh.

After 100 years of rain, the original world has been inundated and humans must rebuild their homes. Players must buy an island and the island will throw the player on the beach where the island is purchased. Island owners must clean up the islands and pave the way for settlements, explore the islands, find treasures and collect resources. Players need to first make sure they live, food and water, as these are essential for survival. The island owner will also build additional community homes to live for newcomers until they can buy land and build their own home. Not all players buy an island, players can choose several identities – island owners, landlords, islanders, pirates.

Players can choose a main business, interest and master a survival skill that can help players make money in the game. Built-in island warfare and island governance in the game is a large-scale strategy game that is quite exploreable to some extent.

This ICO also has a certain rebate, please refer to its official website. 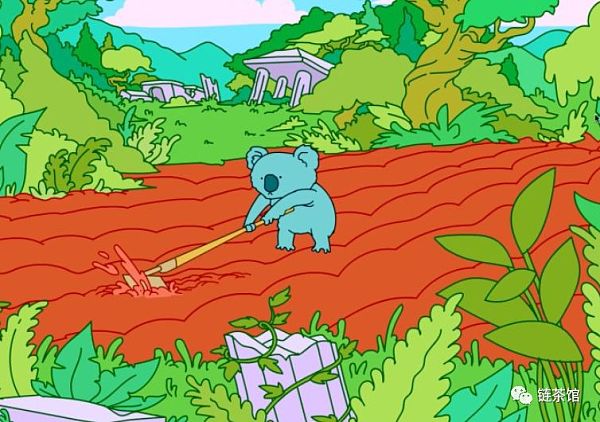 "Flowerpatch" is hailed as the first block-based virtual planting game, will be launched on the Ethereum, and has now opened the pre-sale of flowers.

The release of Flowerpatch Alpha marks the player's formal participation in the browser's in-game platform.

The background of the story is relatively simple, but very interesting. Set in the virtual world of Alvita, the main body of the game is the “brave koala team” to save or degrade this forgotten world.

The game style is relatively likable and casual. There are six biomes on Alvita's land—ice, soil, stone, water, sand, and lava—each of which corresponds to a flower that you can plant at their favorite growing locations to produce the largest crops. . Adjacently planted flowers can be propagated together to produce hybrid progeny. For example, if someone has planted a legendary flower in the game world, you can plant your community next to it to increase your chances of getting a better rare offspring. Players can directly access the store to purchase new flowers through the game interface, or browse the rare flowers you saved. As the Flowerpatch Alpha progresses, players can also add their own animated koala avatars to the game.

The game has its own built-in wallet, and there is no idea that the flower is the NFT in the game. 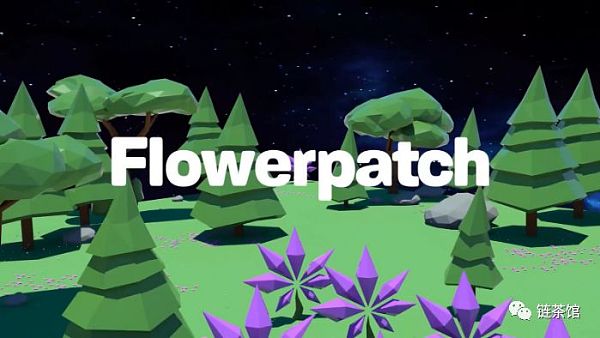 "diNEO" is a dinosaur simulation chain tour based on the NEO chain. The game was produced by the production team of TRON Birds, Molotov Lab. They released the latest news of the game on Medium, but did not announce the progress of the project and the pre-sale time. The author did not see the details of the game on the Napp official website Dapp statistics, it is expected that it should still be developed and tested. in. Aside from this, based on the information and textures currently known, you can simply look at the look of the game.

The game background was set in the virtual world desert island Incognita, and the dinosaur was found in the island. Our NFT protagonist – the dinosaur officially debut. Players can cultivate dinosaur collections, and of course, they can also buy, resell and rent in the market. In the game, dinosaurs are divided into seven levels, each level corresponding to different abilities. Of course, there are also scenes that reflect the level – the arena. In addition to Solo, players can also team up for PVP confrontation.

Children's shoes that are of interest to this game can be further learned in the official blog post.

Infinity Star is an Korean action RPG on the Ethereum. This game has been introduced in the previous "Chain Tour Weekly 30", this time for the pre-sales opened on August 26 to do detailed reports.

During the pre-sale period, five kinds of trophy boxes, Uncommon, Rare, Unique, Epic and Legend, will be available for early players. 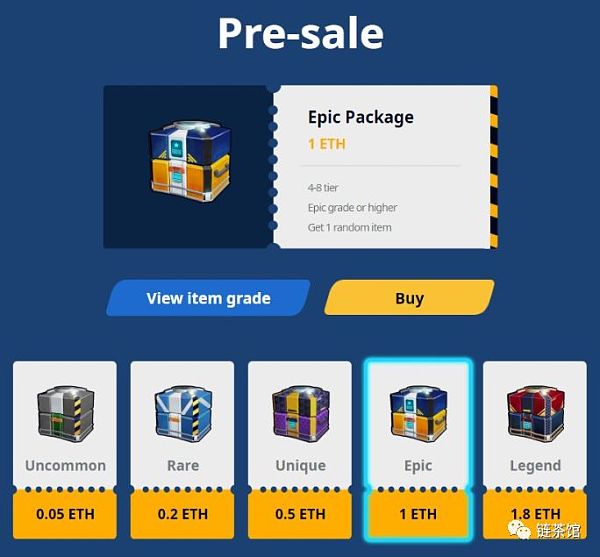 More than 800 items will appear in the pre-sale, and there will be more than 3,000 items during the public test period. Each item is divided into 6 rarities (Common, Uncommon, Rare, Unique, Epic, Legend) and 8 levels (1Tier-8Tier). High-grade and high-rare items are very rare and difficult to obtain. Also, with the sale of pre-sold items, the drop of items in the treasure chest has the possibility of a drop in probability. Of course, the Ethereum Smart Contract provides fair support for the rate of decline, ensuring transparency and fairness. Details of the pre-sale treasure chest are as follows:

☛ “Dissolution” opens the trial version and carries out ICO 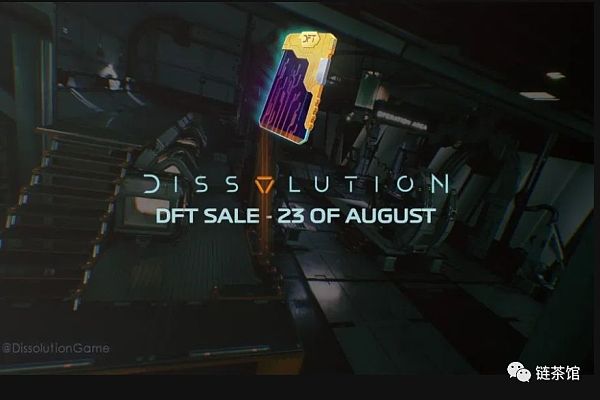 "Dissolution" is an FPS game that Engan has reported in a teahouse, because the cooperation with the Enjin universe has some attributes of the chain tour, such as Token, such as NFT. The in-game items and related NFT are directly linked to the Enjin universe. When a player wants to trade an item, all items will be circulated to different Enjin wallets in the form of ERC-1155.

The game background is set to fight in space and is a game that combines FPS and MMORPG.

The game was launched on the Steam platform on the 23rd, and it started a similar ICO operation.

Each DFT held will provide 1% increase in props and increase in game revenue, as well as corresponding loyalty points, and even get a discount of up to 15% on pre-sales.