In a seemingly ruthless nightmare, the reputation of the cryptocurrency world has once again been hit. A recent study by the Washington-based media platform Middle East Media Research Institute (MEMRI) showed that terrorist organizations are using bitcoin and crypto assets to finance their terrorist activities [1].
MEMRI pointed out that in the past five years, cryptocurrency financing activities have encouraged jihadists to use blogs to ISIS, Al-Qaeda, Hamas, Muslim Brotherhood and many others. The organization donated “millions of dollars” of bitcoin to the encouragement of terrorist organizations and their supporters to use various cryptocurrencies to raise money on social media.

MEMRI's research found that the main platform for terrorist fundraising today is Telegram. Terrorist organizations often publish their bitcoin addresses on online platforms such as Telegram, Facebook, Twitter, etc., and show potential donors how to use cryptocurrency contributions via video, PDF and other forms.

Previously, in June 2019, the Financial Action Task Force (FATF) had issued a new guide to its member states on how to handle cryptocurrencies [2]. The FATF stated in the report:

“Financial innovation has dramatically changed the financial landscape. New technologies, new services and new products provide an effective alternative to traditional financial products and improve financial inclusion. At the same time, the speed and anonymity of these innovative products may develop. Will attract criminals and terrorists who want to use these products to launder money and fund their illegal activities. "

At the G20 summit in Japan at the end of June this year, 20 finance ministers and central bankers formally promised to implement the FATF guidelines. After the G20 is determined to comply with the FATF standards, we will soon see implementation of the standard around the world.

For cryptocurrency users, they will be asked to abandon their privacy (for some, this also means giving up their ideology) in order to use the regulated cryptocurrency market service .

What does this mean for the entire blockchain community?

Data privacy protection and anti-censorship can indeed facilitate illegal transactions. When cryptocurrencies are used incorrectly, they may be used as a means of circumventing government regulation. As a result, the privacy of cryptocurrencies has become the target of attacks.

MEMRI said in the report: "With a series of terrorist organizations using the anonymity provided by blockchain technology to raise funds and finance, cryptocurrencies have entered the field of terrorism."

MEMRI pointed out that some jihadist leaders are supporting the use of cryptocurrencies and encrypted communication services such as Telegram for financing. Therefore, the government authorities have been conducting a rigorous review of online anonymity .

According to Justin Tabb, CEO of Amplify, a cryptocurrency trading platform:

"Excessive attention to anonymity Negative use on any platform can limit the privacy of all users. In other words, to ensure the freedom of all users, a certain degree of anonymity needs to be guaranteed. "

This is why it is important to treat anonymity in a subtle way, rather than treating all platform users as terrorists .

02. The promotion of cryptocurrency regulation

In 2017, the US government called on the Department of Homeland Security to study how terrorists use bitcoin; similarly, the British government has raised regulatory requirements for digital currencies to curb digital anonymity. How does this affect the anonymity of cryptocurrencies?

Established in 1989, the Financial Action Task Force (FATF) aims to combat money laundering, and the organization has developed new guidelines that will affect cryptocurrency and terrorist financing.

With the introduction of the new FAFT guide, companies related to cryptocurrencies such as Fidelity, Kraken and Coinbase will have to collect more user information . In addition to conducting compliant KYC, CFT (anti-terrorist financing) and AML (anti-money laundering) reviews, these companies also need to collect data on recipients of funds .

This seems irrelevant, but it is a very significant change, and these new regulations will pose a major threat to cryptocurrencies!

03. “Without bitcoin, US banks and politicians are still unscrupulously involved in terrorist financing”

Earlier, US Treasury Secretary Steven Mnuchin smashed the cryptocurrency at a press conference. Steven tried to discredit the cryptocurrency industry through connections related to money laundering and the financing of terrorism. He said he was "seriously worried" that Bitcoin could be abused by "money launderers and terrorist financiers."

Ironically, KeyCorp's share price fell on the second day of Steven's smeared remarks, as it was reported that the Ohio bank found a $90 million salary-handling fraud case.

The fact is that in the absence of bitcoin, mass fraud and illegal money laundering programs have always been a common problem in traditional banking. Moreover, the US government itself is more likely than anyone to finance terrorism.

Money laundering cases in which US banks participate without using bitcoin:

While some may use bitcoin for money laundering/terrorist financing, criminals use traditional banking systems to launder money without much difficulty. Usually, the bank itself is directly involved in the illegal operation of money laundering.

4. Danish Bank (2017, 200 billion euros): In 2017, Danish banks were found to transfer $230 billion worth of black money from Russia and some former Soviet states to some Western banks.

The history of the US government's financing of terrorism through legal currency:

1. Operation Cyclone has funded the Jihadist Organization (1979-1989): It is well known that the CIA provided hundreds of millions of dollars to the most violent terrorist organizations in Pakistan and Afghanistan in the 1980s. There is a Hollywood movie about this theme, "The Battle of Charlie Wilson" starring Tom Hanks.

2. Saddam’s regime funded by former US President Reagan (1980s): Iraq, once led by Saddam Hussein, was a vassal of the United States in the 1980s and an agent against the Soviet Union and Iran. It's no secret. In addition, it is well known that although Iraq was included in the list of countries supporting terrorism in 1979, the United States still provided weapons and funds to Saddam.

5. Obama Funding Al-Qaida Branches in Sudan (2015): In 2015, the Obama administration provided $200,000 to an organization in Sudan, which the US Treasury Department listed as a terrorist financing agency 10 years ago. .

There is no doubt that the new FATF regulations will increase the compliance costs of cryptocurrency trading platforms . Strict privacy regulations will result in the loss of a certain amount of users on most encrypted exchanges, as more users prefer to trade directly and anonymously.
These regulations will prompt more people to realize the importance of anonymity . In addition, as data becomes more valuable, regulators will have to come up with better solutions to fight terrorism without limiting our freedom of privacy . 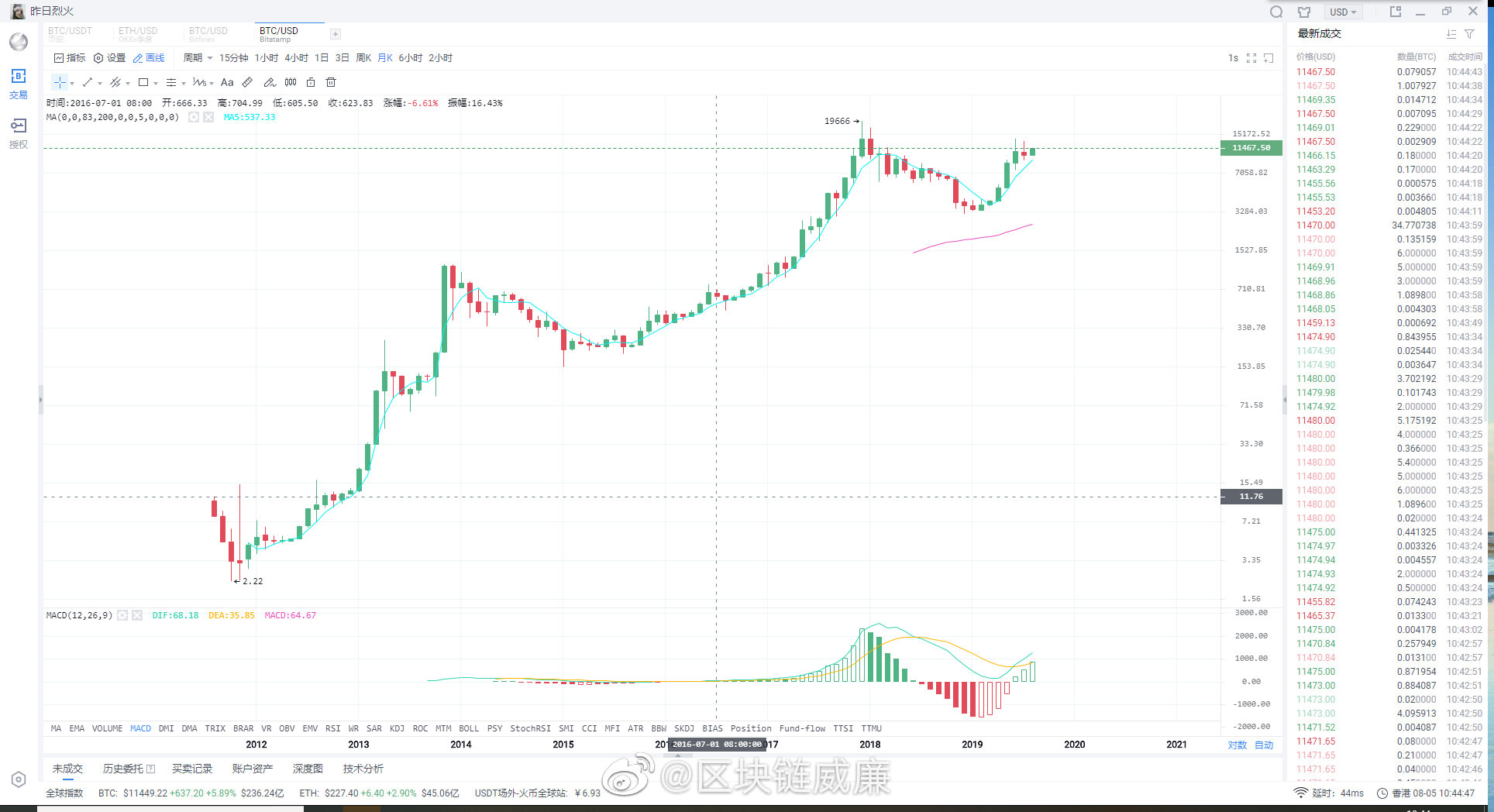