Foreword: The paradigm of the Internet is constantly iteratively upgraded, from web1.0 with only static web pages to web2.0 with direct user interaction, to web3.0 with user-controlled data. After more than ten years of development, web2.0 has been greatly enriched. And web3.0 has just emerged a sharp point. It is based on the blockchain and cryptocurrency, guiding the Internet to personal control of data ownership and personal privacy. But to really go to web3.0, it is not a smooth road. After more than ten years of development, web2.0 has been improved by so many smart people around the world to achieve today's achievements, and web3.0 needs to become the mainstream network. The time is not likely to be short. People who enter this field today, whether they are investors, users, developers, project pioneers, etc., are at the forefront of the times. With patience, the era of web3.0 will surely come. The author of this article is Delton Rhodes, translated by the "Lu" of the Blue Fox Notes community. What is the difference between Web 1.0, Web 2.0, and Web 3.0? Web 1.0 appeared in the 1990s and early 2000s. The Internet at the time was a static, read-only HTML page. The interconnection between users is also quite limited.

Web 2.0, also known as the read-write network, began around 2004 and is still in the Web 2.0 era. It consists of social media sites, blogs, and online communities where end users can interact and collaborate in real time at any time.

Compared with Web2.0, Web 3.0 is more difficult to define, largely because the Web 3.0 era is still in its infancy. Ethereum, as the leader of Web 3.0, was officially released in 2015. Even in 2019, technology that can effectively improve the end user experience is still under development.

Despite this, there are already some key attributes that are considered to be features of Web 3.0. For example, the goal of Web 3.0 is to provide a better user-centric experience in an intermediary-free read-write network. Technology allows individuals to control data privacy and ownership by default.

In essence, Web 3.0 technology provides the foundation for P2P communication, payment, services and the market. Blockchain technology and cryptocurrency play an important role in the current development and decentralization of Web3.

Since Bitcoin launched the world's first blockchain in 2009, blockchain technology has evolved in several key areas. By the middle of 2019, Ethereum had achieved the best results of all blockchain ecosystems to date: the largest number of developers (250,000 to 350,000), the most decentralized applications (more than 2,200) and monthly The most active users (about 140,000 people).

Despite such great success, the coverage of the Web 3.0 APP is still far less than Web 2.0. For Ethereum and other blockchain communities, it is still difficult to achieve Web3.0 as a global standard network.

What is the most prominent technical challenge for the Ethereum blockchain ecosystem in 2019? What solutions are available to drive the adoption of Web 3.0 users? Here are three areas to think about.

Other blockchains can achieve higher processing speeds, but at a corresponding cost (such as sacrificing decentralization or sacrificing network security). At present, most blockchains still cannot reach the level of Web2.0 or legal currency database technology. For example, Visa can reach 1,700 tps per second and claims to be as high as 56,000 tps. For Ethereum, the near-term goal is to reach 100,000 tps.

Although Ethereum has implemented some scalability solutions on the main network, most of the solutions are either in the research stage or in the development and testing phases of various test networks.

Layer 2 makes offline trading possible. All in all, this brings the benefits of blockchain (safety, non-destructive modification, decentralization) while also reducing costs (reducing confirmation time, volatility and gas costs, etc.). The sub-chain and state channel are the two most prominent Layer 2 expansion solutions developed and implemented in the Ethereum community in recent years. 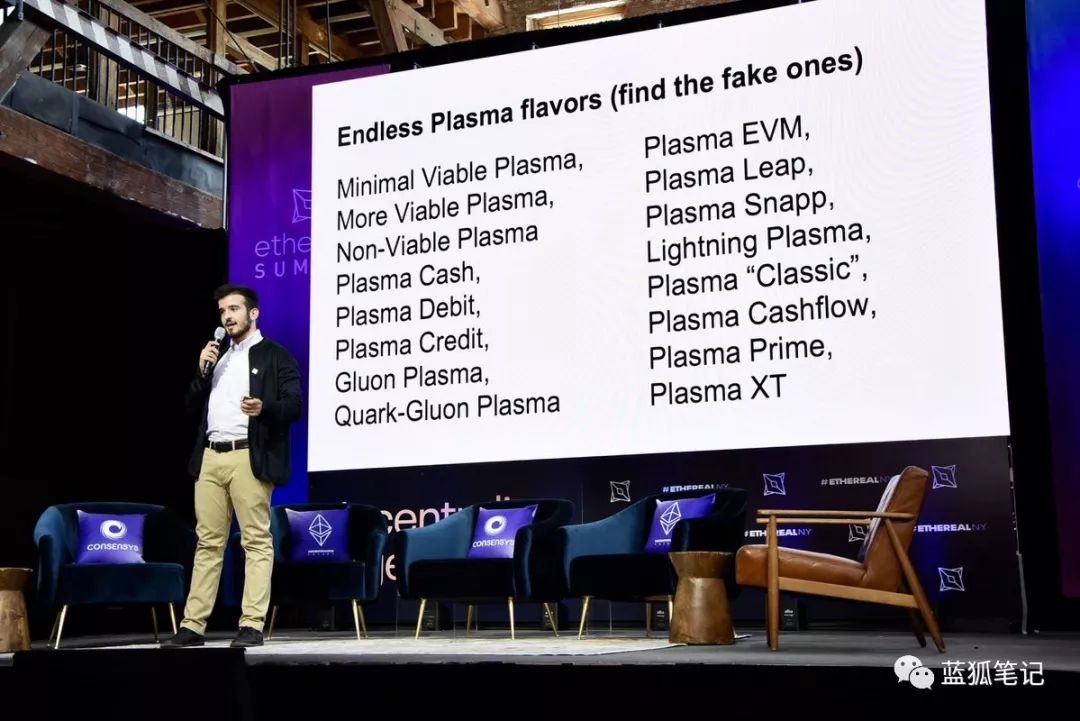 (The competition between Plasma will promote the innovation of the expansion solution Layer 2?) Fragmentation is another expansion solution. It is a database partitioning system. Large databases are divided into smaller, faster and easier to manage. The part, which is called data fragmentation. Fragmentation in the Web 2.0 era can be very simple. For example, based on the geographic location of each user, various information related to the customer can be placed on different servers. However, implementing fragmentation in a blockchain is a much more complicated process. The traditional blockchain requires all nodes to carry all transaction data history records of the blockchain. Although the block will be slower, the transaction becomes safer and solves the problem of duplicate payments. Fragmentation, on the other hand, allows nodes to securely process transactions using only transaction data histories that are part of the blockchain, thus speeding up transactions. The segmentation chain is expected to be available for the Ethereum main network by 2020, including Phase 1 of Serenity (Ethernet 2.0). However, at the beginning of the first phase of the release, the slice chain is not necessarily an extension solution.

In addition to Ethereum, other projects have begun to adopt fragmentation technology. 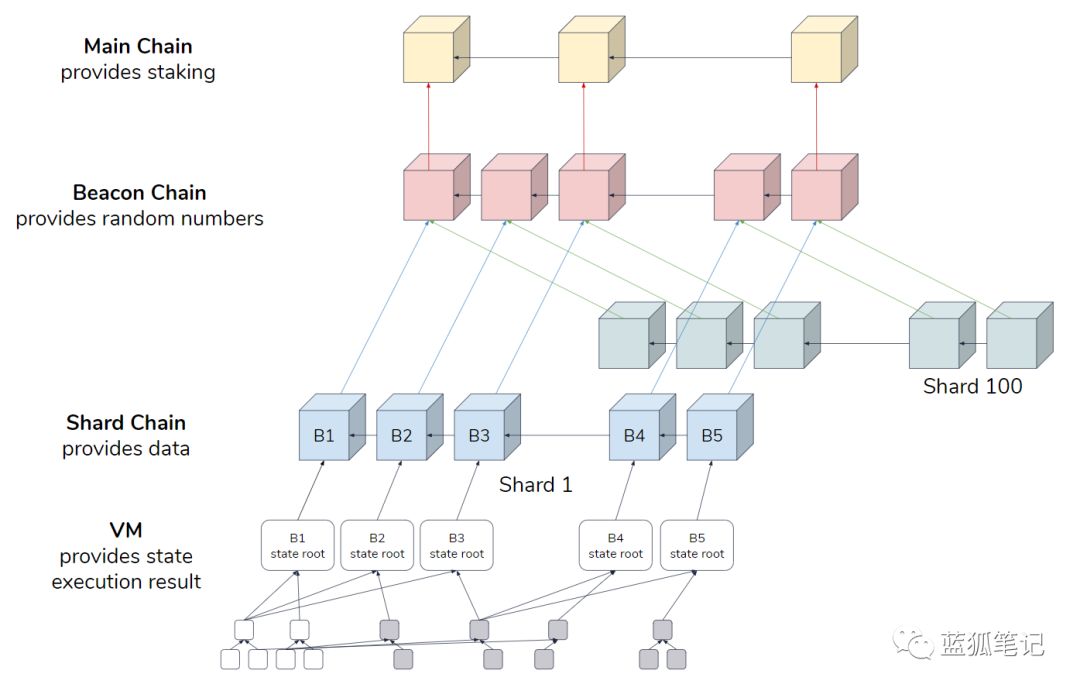 (After the introduction of the fragmentation technology, the Ethereum 2.0 Serenity icon) The beacon chain is expected to be launched in late 2019, which also marks the transformation of the Ethereum main network transaction verification method from PoW to PoS. PoW uses approximately 90% to 95% of the computational power to generate hash values ​​(random numbers). After generating a random number, there is no other use for computing power. From a computational point of view, this not only makes PoW waste, but also creates other problems, such as higher transaction verification costs for mining unsuccessful cryptocurrency miners, and energy-intensive hardware mining equipment. It also causes significant environmental pollution. Several major blockchain projects (EOS, Tezos, Tron, Lisk, etc.) have adopted PoS technology. Compared to PoW, the PoS blockchain has an average number of transactions per second. Ethereum switched to PoS to provide greater scalability for the Ethereum blockchain and the Web 3.0 applications running on it. Ethereum's PoS solution Casper CBC research was led by Vlad Zamfir in 2014. PoS (Phase 0) and Slice 1 are indispensable features in Serenity. Solving data privacy challenges

The business model of hacking and selling user data is a persistent data privacy issue for Web 2.0, but Web 3.0 has shown its ability to improve data security. Despite this, new challenges have emerged. Because the data stored on the public blockchain can be viewed at any time on the block browser, the data is unlikely to be used for commercial activities like the centralized entities of the web 2.0 era.

However, anyone who knows another person's public address can easily view his transaction data history and total asset value in real time, and new privacy issues arise. In the traditional banking industry, this situation is impossible.

The AZTEC Agreement is a project for financial institutions to conduct privacy Ethereum trading services. The Zero Knowledge Privacy Agreement of the AZTEC Agreement is already available on the Ethereum mainline. It verifies transactions and maintains the value of encryption by combining homomorphic encryption and range proving. Homomorphic encryption performs computational checks on encrypted numbers as if they were not encrypted. The scope proves that ensuring a negative number (a large positive number in a finite field) does not break the double pay check.

In addition to AZTEC, Ethereum has other competitive privacy trading solutions. For example, Zether, a completely decentralized confidential payment mechanism developed by researchers at Stanford University. Another example is the public version of the EYOps chain developed by Ernst & Young (Ernst & Young).

Web 2.0 not only brings connectivity to the world, but also greatly improves the user interface and user experience. The highly pixelated screens and the difficult times of Web 1.0 are gone forever. Having said that, for non-technical users, the Web 3.0 user interface is not as accessible as Web 2.0.

Using and storing private keys to access funds stored in a cryptocurrency wallet is a new learning task for those accustomed to using simple Web 2.0 passwords. In addition, if funds are stolen or lost, there is basically no effective recovery method.

Even for those familiar with blockchain technology, it is a common mistake to enter the wrong hexadecimal 0x…wallet address to send funds (or lose). How can the Web 3.0 mobile experience catch up with the Web 3.0 browser experience, and this question remains largely unanswered. These are just a few of the many issues that end users face when using Web 3.0. There are far more UI/UX issues than scalability and data privacy issues.

In addition, the criteria for judging whether a Web 3.0 application is easy to use or difficult to use are very subjective and purely based on individual opinions of each user. This makes it more difficult to determine the "unknown factors" that are required for mainstream adoption.

There are currently several effective techniques to address many of the UI/UX challenges of Web 3.0. For example, MetaMask simplifies the process of securely storing funds (private keys are stored in the browser) and improves accessibility (dApp connects to MetaMask). User-readable wallet addresses are now available via Ethereum Name Service (ENS).

Not only does this make it easier to remember the address of the funds you receive, but it also reduces the possibility of sending funds to the wrong 0x address (Blue Fox Note: similar to the current payment experience, using mobile phone numbers, emails, etc.).

In addition, Web 3.0 lacks user protection and Web 2.0 portability, which is an important experience in the web 2.0 era. Even though these changes are not really big, many blockchain and new users of Web 3.0 are less willing to change the Internet experience they are used to (at least on the surface).

Blockchain technology, especially many of the existing use cases in Ethereum, show that Web 3.0 is not just theoretical. The Internet, the global economy, and the government have not fully realized the vision of Web 3.0. Still, in 2019, the paradigm is already in the process of transformation. As innovative solutions make significant progress in the face of these technical challenges, the vision of Web 3.0 as a true competitor to Web 2.0 will become a reality step by step. 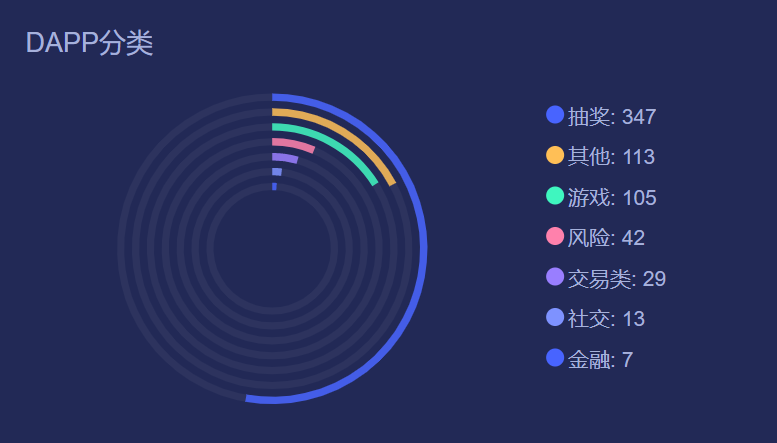 You Min, China Electric Power Development Promotion Association: The development of technologies such as blockchain is changing with each passing day, and high-value patents will become a way to enhance the competitiveness of enterprises. 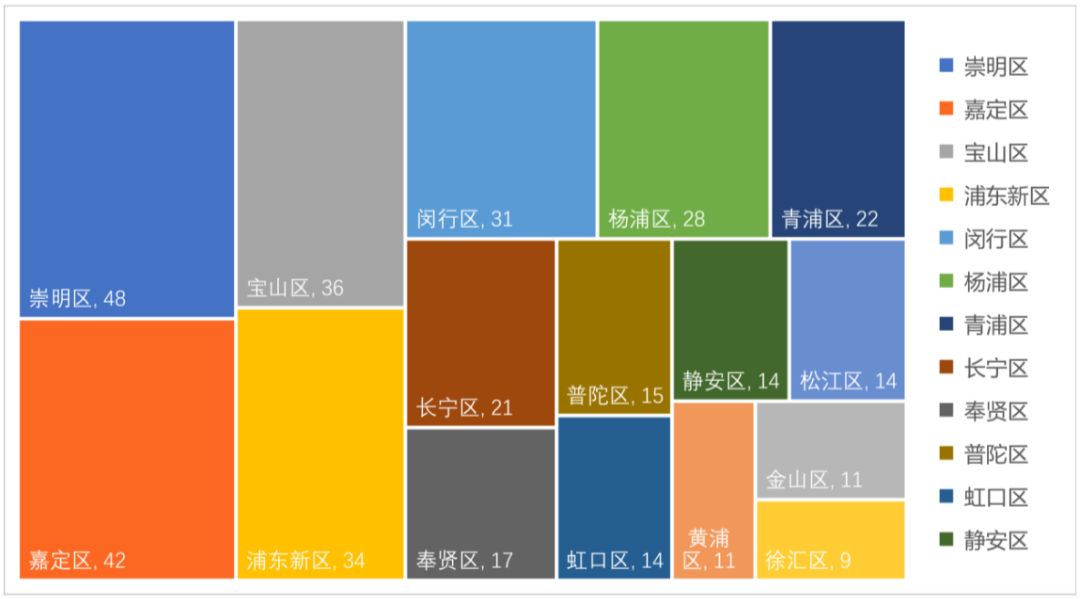