Since the Weibo CEO’s “coming between the two” on the evening of September 2nd, a microblog showing “From Oasis APP”, this photo content social + grass community APP launched by Weibo team has officially entered people’s attention. And quickly landed in the top 3 app stores. Judging from the current feedback, many people define Oasis as Instagram+Little Red Book.

However, the oasis does not seem to be just a new Instagram and a small red book. Weibo has added new things to this social product, and has an inexplicable relationship with the blockchain and Web 3.0. In the Oasis APP, users can pick up something called "water droplets". For the description of water droplets, BlockBeats found that there are two very interesting points. One is "the reward for contributing value to the oasis" and the other is " Decentralized mode." These two points are familiar in the blockchain industry.

Or, these two points are the foundation of Web 3.0.

In the current Internet, that is, the Web2.0 environment, the Internet products used by users are free. You use the services of Weibo, WeChat, Meituan and Vibrato, and these companies have never received users. The money is paid, and the price of free is that you no longer have privacy.

Under the privacy agreement, the Internet company can obtain the user's personal data for free. This is the default thing for everyone. It is completely enlarged in the ZAO of Momo, when everyone replaces their face with the actors in the film and television works. ZAO's privacy agreement declares that your face is not yours, and the ZAO team can use it casually. 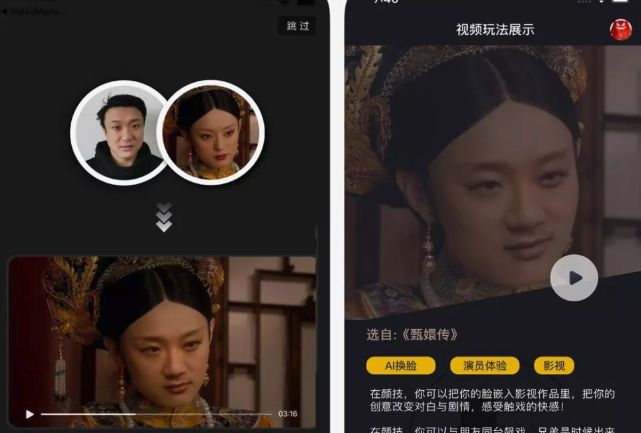 Baidu Li Yanhong said, "Users don't care about their privacy for convenience." In the Web2 era, ZAO used it to the extreme. In Web 3.0, users and Internet companies are completely different.

If you use a sentence to represent Web 3.0, users can control their personal data, or that users interact with the Internet. In the world of Web 3.0, users are controllable about their own data. When Internet companies want to use user data to make a profit, users use their own data to exchange revenue. [View Web3.0 Popular Science Articles]

For example, the Brave browser, which mainly filters advertisements and privacy, can get some advertising revenue when recommending advertisements to users. This kind of thinking is also reflected in the oasis. When users like, like, comment, etc., users use their own data to contribute to the platform. Oasis chooses to use the water droplets to "buy" the user's data.

In addition to data control, there is a very obvious Web3 tendency in the introduction of water droplets, which is the "decentralization mode."

Many people will encounter a problem. We used to buy Jay Chou's song on Netease Cloud Music. But once the song was removed due to copyright issues, the songs we bought could not be heard. Because all the songs on NetEase cloud are in one server, there is no deletion.

The best way to solve this problem is to decentralize storage. In the case of water droplets, the amount of water droplets of the oasis users is distributed and will not disappear due to problems with the central server of the oasis. Water droplets are scattered and stored in multiple servers, and one problem does not have much impact. Of course, it does not rule out that the data generated by the oasis is stored in the centralized server, and it is not really the decentralization of the data management authority to the ordinary people's computer.

This method has been used on adult websites many years ago. In order to prevent regulation, many adult content sites use decentralized storage protocols, servers all over the world, and even if the URL is blocked, the content will not be lost. In order to pull new users, in the gaming game DApp, user A invites newcomer B to get some of the proceeds from the newcomer's game play, while newcomer B goes to pull newcomer C, and user A gets higher profits. The same is true for oasis. When your invited friends invite new friends, the new friends' water droplets will also be reflected in your asset.

The most famous mall in the industry is the Bmall Mall of Gongxinbao (GXC). The GSC obtained by the user in Gongxinbao can be exchanged for goods in Gongxinbao Mall. According to media reports, there are more than 50 kinds of goods in the mall, but now there are only a handful of users of Gongxinbao.

In addition to blockchain companies, Internet giants have done similar attempts, such as NetEase. On February 9th, 2018, NetEase launched the blockchain product NetEase Planet. Users can earn black diamonds on the planet and exchange Netease koala products. However, due to the small number of users and regulatory issues, this product is now no longer available. It is.

With decentralized assets, the best known at the moment is the Brave browser. In this browser-filtered and privacy-safe browser ecosystem, certified content publishers soared 1200% and installed more than 20 million, with content publishers including the Washington Post and LadBible. Its token BAT can be used to reward content creators on platforms such as Twitter and Reddit.

Data ownership, worthy of your concern

When one day, the Internet giant’s actions actually affect your personal interests, you suddenly realize that my data is worthwhile, and I should go to get benefits. Internet companies use user data, pay a fee, or at least inform users that they are using private data.

In a possible milestone in the Internet era, before this, users never pay attention to the privacy agreement of Internet products, sacrifice their privacy for convenience, and are commonplace. Because ZAO's "extreme" misappropriation of privacy, users have also launched the awakening of data ownership while counterattacking. Personal data privacy is no longer used by Internet companies.

The introduction of water droplets in the oasis, Web3.0 has also sprouted. This may be a start, or future products will try to interact with users with assets until users get used to this new Internet world.