The two additional issuances at the beginning of this month seem to reflect the strategic adjustment of TEDA. We know that TEDA’s previous IPO in the Ethereum network was mostly to issue an additional 100 million USDTs, leaving a margin and gradually distributed, and the recent strategy seems to be facing The “change on demand” strategy changes. In fact, as early as the early issuance in early August, TEDA has already reflected the change in strategy. Let us review the USDT flow that TEDA has issued in the Ethernet network in August. At 00:23 am on August 6th, Beijing time, TEDA launched the first additional issuance of the network in August in the Ethereum network, and the only additional issuance, totaling 100 million USDT, as of 23:21 on the evening of September 2, On the eve of the first issuance in September, the whole process lasted nearly 27 days. At the same time, the relay address was transferred, and the follow-up was still flowing into the active address of the market such as the exchange. We also carried out a certain degree of follow-up.

Here, we have made statistics on the transfer operations of the main 48 clear receiver exchanges, the total amount is 84358977.60 USDT. 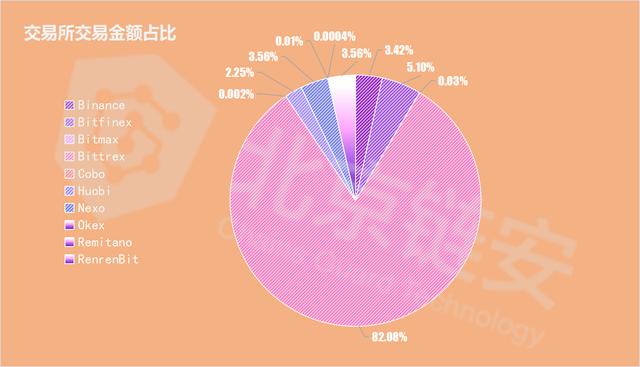 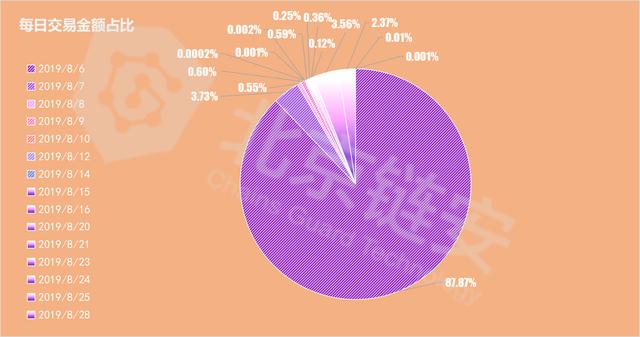 We turn these to the USDT summary of the different wallet addresses of each exchange and show them further graphically: We can see that through more than forty transfer operations (since some transfers involve relay addresses, the actual number of transfers is more than listed), the USDT issued in August is basically distributed, and this is not only during the issuance process. More participants, more wallets with the same subject.

From the perspective of data flow, this is also confirmed:

We can see the address at the beginning of 1DUb2Y in the figure, the Bittrex address. They transferred nearly 70 million USDTs to the USDT official address of the TEDA OMNI standard.

On the same day, TEDA also destroyed up to 275 million US dollars of OMNI USDT, which also confirmed to some extent its recent USDT increase in Ethereum to be more of a different network USDT switch. .

In the whole month of August, especially in the second half of the month, the price of Bitcoin was also in a whole consolidation, the volatility was relatively limited, and the market volume itself had limited demand for USDT. TEDA is at the forefront of legal disputes, and to a certain extent has an impact on TEDA's USDT release rhythm. However, from the end of August to the beginning of September, bitcoin prices once again entered a wave of plunging to a sharp rebound, the market was once again active in the short term, the price of USDT also climbed, and the demand for related stable coins began to increase, facing legal supervision, Market disputes, TEDA's adjustments in the USDT issuance strategy and the market, as well as the impact of public opinion, deserve further observation.

DeFi Weekly Report: DeFi project lock-up value is $ 980 million, an increase of 5.7% over the past week

New York judges give NYAG, Bitfinex and Tether lawyers a week to negotiate a ban

US Rep .: Optimistic about the prospect of digital dollars, tokens are a good way to change the architecture of payment systems