In the early morning, the BTC trend went deeper. The decline broke the 10,000 mark and went directly to the 9953 position. The downward trend also further extended. After the short-term trend stopped below the downtrend, it returned to above 10000, forming a trend of small rebound, while at 10200. There has been resistance, and the trend will break out at any time before returning to above 10200. On the BTC daily chart, the trend of five consecutive yin falls. Today's trend is under the suppression of the 5-day moving average. It has already fallen back below the middle track of the Bollinger Band, and the pressure is obvious. The 5-day moving average wears the 10-day moving average to form the dead fork. The market sentiment continues to improve, and this time after breaking down the 10,000 mark, the follow-up will continue to form, the MACD indicator will run downward, STOCH will go down to the 50 level, and the RSI will maintain a downward trend. The overall trend will form a downward trend. Follow-up Chen Chuchu suggested that the short position be the main one, the operation strategy rebounded with the air, and the 10160-10250 followed the empty list to see 10000, the break was at the low point, the operation took a good stop loss, grasp the key points and profit in time. field.

ETH has been blocked at a high level in the near future. The trend has been repeatedly suppressed by the above shorts to form a callback trend. Today's trend is to step back on the 10-day moving average to stop the decline. The price has also reached the key support position that the author mentioned to you, short-term downward. The space has already been effective, although the above is constantly given suppression, forcing the upward breakthrough ability to weaken, but the overall trend is still on the upper side, the MACD indicator is running upwards, the upward trend has continued to rise, STOCH is running upwards, and the RSI starts to level off at 50 levels. Today's trend will be in a turbulent upward trend. The operation recommendations are mostly single, focusing on the support below 177-178 and the upper resistance at 184-186.

The trend of XRP has been in a downward trend. The overall trend is affected by the pressure above the Bollinger Band. The downward trend will be further developed. Currently, there is a temporary stop in the 0.25 line. The 5-day moving average and the 10-day moving average intersect at 0.26. Forming resistance suppression, if the subsequent pressure adjustment does not continue to break the 0.25 support, the trend is today's turbulent adjustment rhythm, the operation is recommended to be empty, focusing on the upper resistance of 0.26-0.265 position, the lower support 0.25-0.255 position.

LTC formed a small outbreak when the market generally biased towards the adjustment stage. However, it failed to effectively stabilize and continue. It is currently suppressed by the resistance of the upper 30-day moving average. The upward posture has not been further strengthened. The MACD indicator is operating upwards and the overall trend will remain. In the upward posture, pay attention to the position of the support 68-69 below, and the operation recommendation is mainly short.

BCH has been blocked at high levels many times, and the upward capacity has been weakened. The Bollinger Bands are in parallel parallel posture. The follow-up trend will enter the shock adjustment stage. The 5-day moving average intersects with the Bollinger Middle Track to form a support at the 302 position. The 60-day moving average At the 311 position, there is resistance and there is a downward pressure. The MACD indicator is running upwards, and the trend is also in a biased trend. The current trend will maintain the trend of shock adjustment before effectively breaking the above key resistance. The operation suggestion is low.

After EOS hit the top, the callback fell below the 5-day moving average. The upward momentum has begun to weaken. The overall trend has entered the adjustment stage. In the short-term, it may still have a certain upward capacity. However, it is difficult to form a breakthrough in the previous high point. Follow-up can focus on the upper high point. Resistance of 3.85-3.9, the operation suggestion is much lower at high altitude.

The difficulty of bitcoin mining has risen to 9.06 T, a record high 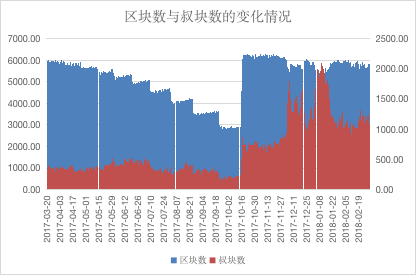