The Sino-US trade war, the British Brexit, the Iranian nuclear issue, the trade friction between Japan and South Korea, and the turmoil in Hong Kong, together with the potential risk of the United States, make 2019 a destined year for a black swan. The turmoil in the international situation will inevitably affect the development of the economy. In the face of the eclipsed global economy, central banks have to restart their interest rate cuts in an attempt to cushion the impact of the economic downturn. 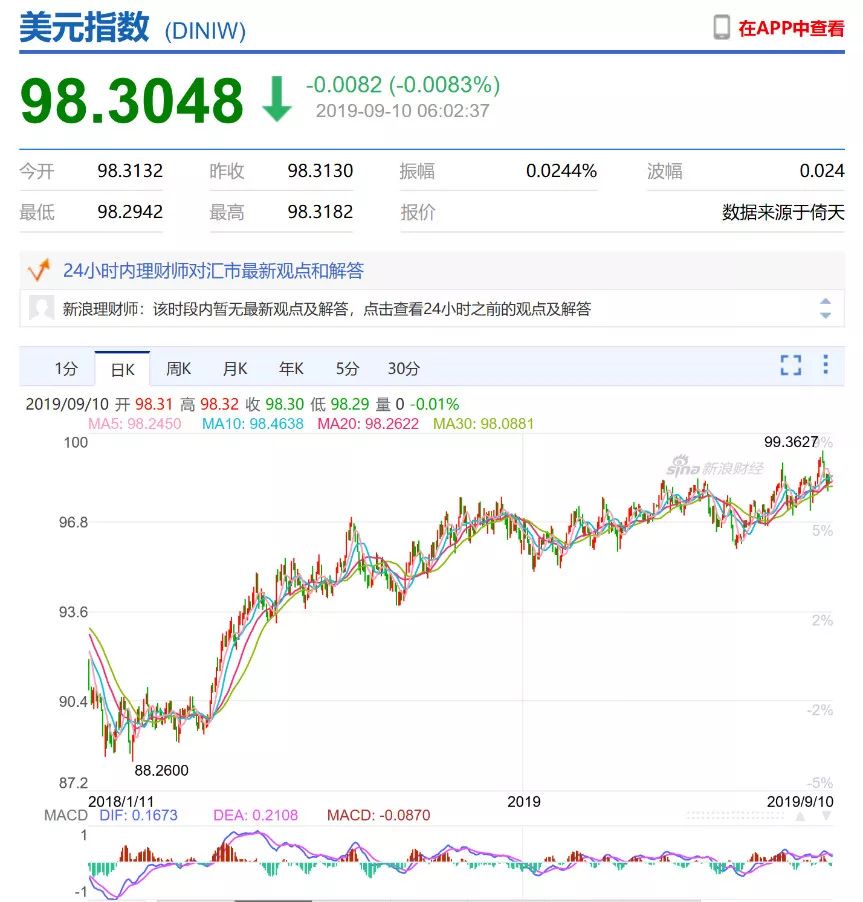 As can be seen from the US dollar index chart, as the cornerstone of global asset pricing, the US dollar has risen by about 5% in one year. In other words, assuming that all of the world's assets remain constant in one year, the dollar's price will be reduced by 5% due to a 5% increase in the dollar. The US dollar is the most liquid asset, but the interest on the US dollar one-year deposit is almost zero. That is to say, in order to avoid liquidity and maintain liquidity, investors prefer to exchange high-return assets with unreturned US dollars, which indirectly pushes up the US dollar index. 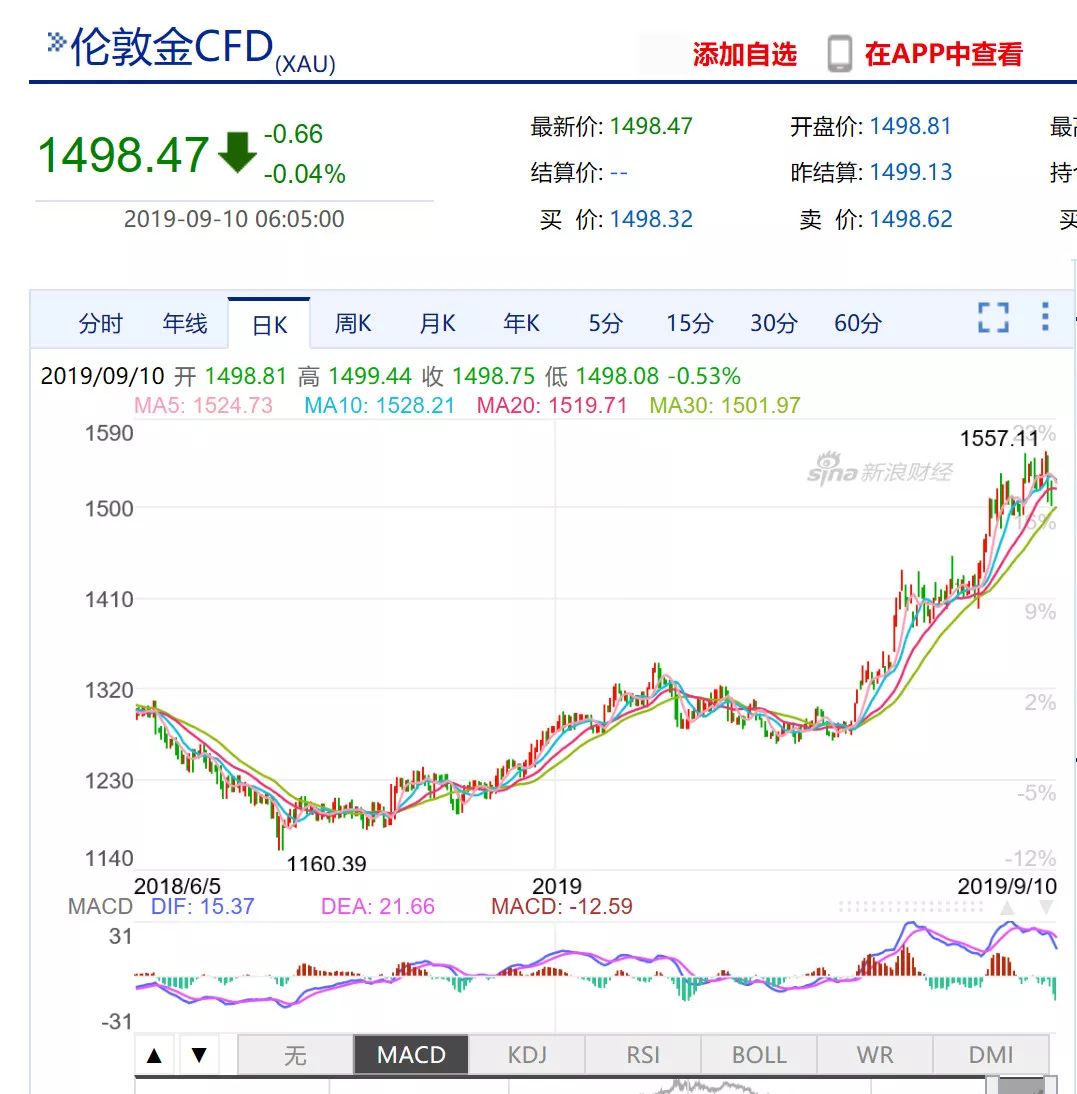 Like the dollar, gold is also an important safe-haven asset. Gold also went out of a rare bull market that rose 20% in a year. This 20% increase is still a dollar-denominated increase in gold. If it is denominated in other weaker currencies, gold will increase by more than 30% in one year, an astonishing increase. Chinese and Indian aunts love gold as always, but investors only remember gold when they are in the wind. It can be described as a true portrayal of "Shengshi Antiques, Gone with the World".

And bitcoin, known as "digital gold," can be the third safe haven asset in addition to the dollar and gold? From the one-year price chart, Bitcoin and gold are highly consistent. During this time, Bitcoin, like gold and the US dollar, became a good safe-haven asset. But this does not mean that Bitcoin is a safe haven asset for the following reasons.

In order to become a safe haven asset like gold and the US dollar, bitcoin price volatility has a significant negative correlation with the price volatility of risky assets, that is, one of the two goes up another, or one falls another. And this negative correlation must be long-term and stable. Although Bitcoin has shown safe-haven characteristics in the past year, the time range has been expanded. In 3 years, 5 years or even longer, the bitcoin risk-avoiding characteristics are not obvious and unstable.

Economists Dyhrberg and Baur, who conducted in-depth research on the volatility of Bitcoin and gold and the US dollar, came to the opposite conclusion. Dyhrberg believes that bitcoin is more like a special commodity between gold and the dollar at the price of bitcoin. Baur believes that the price performance of Bitcoin is completely different from gold or US dollars. They use the same model and method. The only difference is that the time period of the research object is different, but they come to different conclusions. It can be seen that the safe-haven characteristics of Bitcoin have yet to be verified by time, and it is called “Digital Gold”. 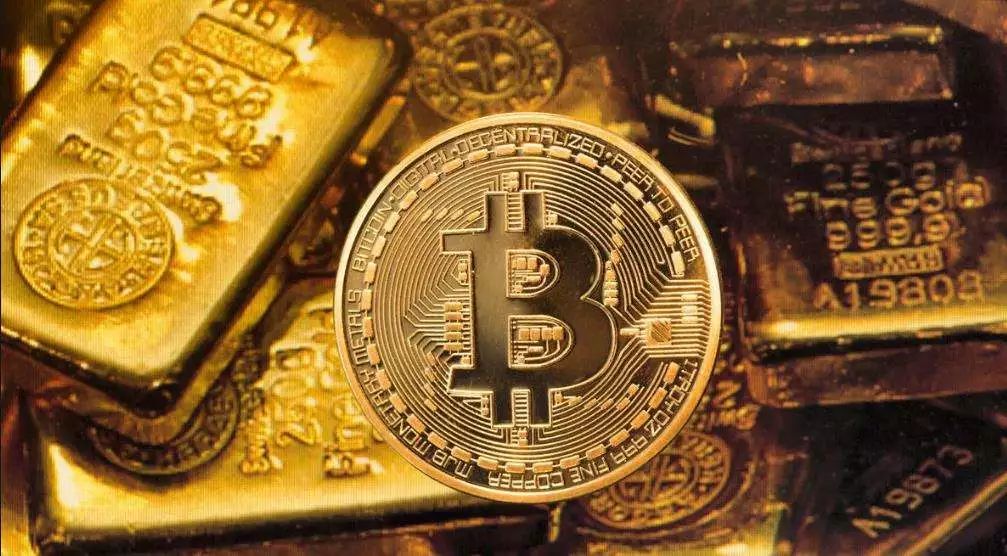 Whether it is the US dollar, gold, stocks or bonds, these assets have a rich ecosystem of mature development over the past century, a mature regulatory system, and a complete trading and circulation mechanism. Taking gold as an example, the ecology of gold includes mining, mining, production, smelting, processing, wholesale, depository, and sales. There are famous gold exchanges in London, New York, Shanghai, etc., which carry out spot and futures trading, liquidation and delivery of more than one trillion yuan per day. In addition to gold spot, there are derivatives such as gold ETFs and gold options for investors to choose.

In contrast, only 11 years of history of bitcoin, like a newly born baby, its ecology, supervision, mechanism, and technology are just beginning to take shape, still groping and high-speed changes, which is itself a huge Risk, not to mention the compliance problem caused by the illegal use of bitcoin anonymity, the foreign exchange capital control challenge brought by Bitcoin's natural cross-border, caused by Bitcoin “only recognize passwords and not recognize people” Hacking may be the case, and this series of real risk-causing factors.

The characteristics of Bitcoin are destined to be the source of various risks. To become a safe haven asset for investors, Bitcoin still has a long way to go.

Finally, the market capacity is too small.

At present, 18 million bitcoins are circulating in the market, accounting for 85% of the total output of 21 million. Estimated at $10,000 per bitcoin, Bitcoin currently has a total market capitalization of $1.8 trillion and a total market capitalization of $2.1 trillion. The global spot price of physical gold reached 8.7 trillion US dollars, and the US dollar banknote circulation was also 1.7 trillion US dollars.

The bitcoin spot market capacity is an order of magnitude lower than the dollar and gold, and in derivatives, bitcoin is not even a fraction of gold and dollars.

In order to ensure the liquidity of safe-haven assets, most investors choose to hold derivatives of safe-haven assets instead of stocks, such as buying gold ETFs instead of gold, holding US dollar bank deposits instead of cash. In order to meet the needs of investors, the dollar and gold have developed over 200 years, forming a large and mature global derivatives market, and the daily trading volume is calculated in trillions of dollars. In contrast, the Bitcoin derivatives market is too thin. In 2017, the US Commodity Futures Management Committee CFTC approved the CME of the Chicago Mercantile Exchange and the CBOE of the Chicago Board of Trade Exchange for the first time to introduce bitcoin futures trading. Today, CME's bitcoin futures trading volume is maintained at around $1 billion, and COBE is not enough. Big, stop the Bitcoin futures contract as early as March 2019.

From the perspective of stability, risk characteristics and market capacity, Bitcoin is difficult to become a safe haven asset for investors. However, it can't kill bitcoin with a stick and think it is a no-frills air currency .

Although Bitcoin cannot be a safe haven asset, it has its value. For example, you can use its fixed limited circulation characteristics to hold long-term inflation by holding Bitcoin for a long time. For example, Bitcoin can be one of the best choices in alternative asset portfolios because of its distinctive price movements. Most importantly, the birth, development and evolution of Bitcoin not only drove the development of the entire digital currency industry, but also provided valuable reference and reference for large institutions such as Facebook and central banks in the digital currency field.

In short, Bitcoin is not a digital gold and is not yet a safe haven asset .