On September 13th, ZP Legal, a law firm in Moscow, proposed another solution after the creditors of the bankrupt bitcoin exchange Mt Gox waited for the final allocation of funds by the Japanese court.

According to Mt Gox creditors, ZP law firm contacted them earlier this year, claiming to provide an opportunity to help them recover nearly a quarter of the 850,000 BTCs lost in the 2014 Mt Gox hacking incident. .

According to estimates by ZP law firm, the recoverable bitcoin has 170,000-200,000 BTC (currently worth $1.7-2.0 billion), claiming that it can be recovered by taking legal action against Russian-speaking Alexander Vinnik who received the money. currency.

In return, the law firm will charge creditors 50%-75% of the recovery, plus an hourly fee. The firm also added that it will only receive payment if it is successfully recovered. .

Alexander Zheleznikov, a partner at ZP Law Firm, said he believes that part of the money stolen by hackers from Mt Gox could be confiscated by another failed exchange, BTC-e. In fact, this long-standing claim was originally discovered by former Mt Gox user Kim Nilsson and filed a complaint in the District Court in Northern California.

It is these allegations that led to the arrest of BTC-e's Russian boss Alexander Vinnik in Greece in July 2017, which is currently facing extradition to the United States, Russia or France.

Zheleznikov believes that if Mt Gox's creditors stand up as victims and help law enforcement agencies establish links between Mt Gox and BTC-e, Russian authorities' investigation of Vinnik's criminal case can be accelerated.

“Our plan is to represent Mt.Gox creditors and help them report to Russian law enforcement agencies so that investigators can use Vinnik's case to determine the link between Mt Gox stolen funds, BTC-E and WEX.

If our assumptions about these connections are correct, the thief will eventually stand up and plead guilty, and in order to reduce the penalty, they will propose to return some of the funds. If they do not do so, the law enforcement agencies will find them guilty and will then have the opportunity to sue them in criminal cases and compensate them for the loss.

Zheleznikov stated that his company, with the help of the Russian Embassy in Tokyo, contacted a lawyer representing Mt Gox creditors and later contacted some creditors (note: as of press time, the embassy did not respond to requests for comment).

Andy Pag, founder of Mt. Gox Legal (MGL), the largest Mt. Gox creditor organization, said that shortly after the ZP law firm approached a Japanese lawyer dealing with the Mt.Gox case, the company first met on February 22nd. He got in touch.

“ZP's lawyers met with creditors in Tokyo on February 15, 2019, and contacted MGL bankruptcy lawyer, MHM Japan. I was the coordinator of MGL, so MHM gave a presentation.

There was no progress for a long time after that, but recently they contacted me and asked me to help them design the program to verify whether the individual was a valid victim of the theft and to design a contact with the victims. program of.

” According to a creditor's discussion in a private forum, ZP Law Firm claimed to have recovered as much as $1 million in funds on behalf of an unnamed customer of the Russian crypto exchange WEX.

Zheleznikov confirmed that his company has cooperated with two users who have been frozen funds at the WEX exchange. He said that the ZP law firm had intervened in the investigation and contacted the victim with the police. The victim later told them that "the matter was resolved," but he refused to disclose the name of any person involved in the transaction.

It may be legal currency, not bitcoin.

According to a document shared by Pag, ZP law firm told Mt. Gox creditors that through close cooperation with law enforcement agencies, they believed that the recoverable bitcoin was as high as 170,000-200,000 BTC.

At the same time, the company admits that it does not know the identity of the hacker involved in the theft case, but needs to be investigated by law enforcement. Zheleznikov also added:

In a document shared with creditors, the ZP law firm described how to calculate the loss, which states:

“On the day of the closing of the Mt Gox exchange, if you have a 100 BTC account balance in it, to calculate your claim amount, you must convert it to a hard currency based on the current exchange rate, for example $10,000/Btc, which means your claim amount It will be $1 million, and of course it will be a ruble."

A potential problem with this scheme is that, like many other jurisdictions, digital assets currently have no legal status in Russia and there is no clear cryptocurrency valuation method. Zheleznikov admits that his company will take action without a fixed practice.

"We are not sure if we can convince the police to believe our estimate. We are entering a grey area. This has never been touched before. We have not promised anything, just assume that we have certain legal skills and then pass the existing The law tries to solve it," Zheleznikov said.

It is also worth mentioning that Zheleznikov has taken many illegal troubles in recent years for money, for example, he has been defending the Russian neo-Nazi Maxim Martsinkevich, nicknamed "Tesak", the latter He was sentenced to 10 years in a Russian prison for attacking his drug dealers. In addition, Zheleznikov defended the famous Russian journalist Anton Krasovsky and the oligarchy Konstantin Malofev, who is believed to be the southeastern part of Ukraine in 2014. Supporters of separatist armed forces against the Ukrainian army.

Mt Gox civil recovery is still in the foreseeable future

In February 2014, Mt Gox disclosed that it had stolen approximately 850,000 BTCs, and subsequently the exchange suspended trading and filed for bankruptcy protection.

According to security company wizsec, between 2011 and 2014, most of the lost bitcoins of Mt Gox were stolen from the exchange's hot wallet.

Last year, the exchange transitioned from bankruptcy to civil recovery, a form of corporate restructuring that was friendly to creditors, meaning that creditors would get bitcoin instead of fiat.

However, due to the claims for sky-high prices and other legal issues, it is unclear when these funds will be returned to creditors. Mt Gox’s trustee, Kobayashi Shinano, delayed the deadline for submitting a civil rehabilitation plan in April, and said that no plans will be submitted until the end of October.

Research data: The implementation of blockchain and other technologies is accelerating, and the market has a greater demand for technical talents 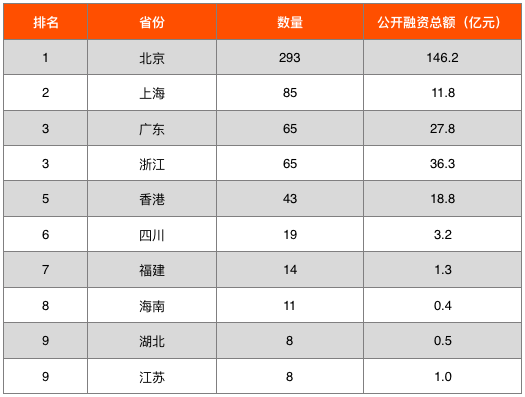