In all these processes, it is inseparable from the evangelists who believe in Bitcoin, and the concept of Bitcoin is popularized for everyone. Today, I will introduce you to the two most important bitcoin evangelists: Roger Ver, known as Bitcoin Jesus, and Andreas Antonopoulos, author of Bitcoin .

Roger Ver is arguably one of the earliest bitcoin evangelists, and he can even say that he has instigated the expansion of the entire early Bitcoin community.

In 2011, Roger Ver became a hit because of a bet . He vowed to swear that Bitcoin's performance will surpass gold and silver in the next two years, will be 100 times, and willing to bet a $10,000 bet. After 2 years and 2 months, Bitcoin was as he wished, but after all, it was still 2 months. Roger Ver was willing to gamble and lose 100 times of the bet of the year, which is a million dollars, donated to fee. .org This economic education fund. Dare to say that dare to do, to say that the character to do to give him a lot of powder.

In the same year that the bet was placed, in 2011, Roger Ver's company Memorydealers became the first mainstream company to accept bitcoin payments, with a maximum of 300,000 bitcoins. He then continued to create Bitcoinstore, the world's first website with hundreds of thousands of products and accepting bitcoin payments. Roger Ver is also the first person in the world to invest in bitcoin startups, and he has almost single-handedly funded the seed round of the first generation of Bitcoin-related projects. 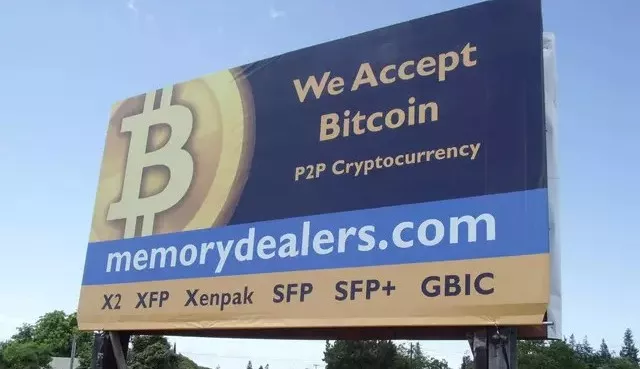 Roger Ver insists on giving people the idea of ​​evangelism. In the explanation of bitcoin, he will repeat: "Bitcoin will not be frozen by any central group or government. Without any permission from the organization, everyone can Anyone in the world sends and receives bitcoin, with almost no fees…." This is like Jesus constantly propagating Christian doctrines to everyone, so Roger Ver is also known as "Bitcoin Jesus." 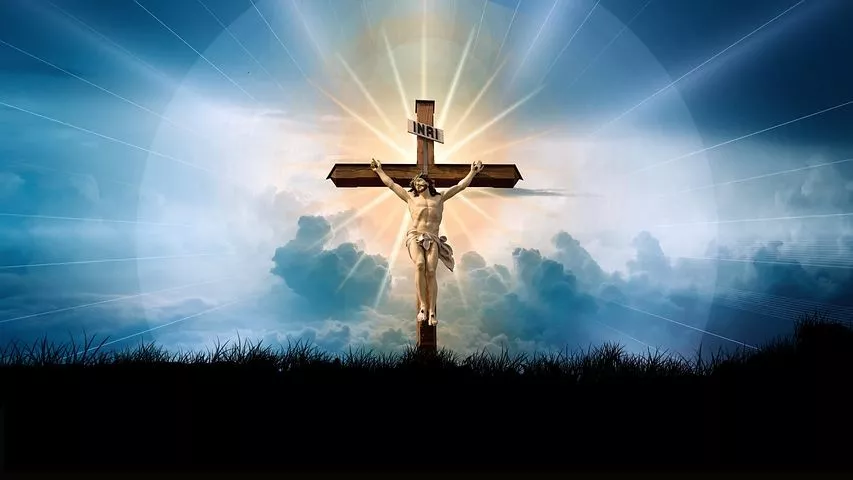 Roger Ver is heavily influenced by the Austrian school of economics, which is one of the reasons he loves Bitcoin, a currency that is freely circulated without borders. As a liberal, Roger was thrilled when he first learned about Bitcoin: he believed that Bitcoin was the most important invention in human history, as much as wheels, electricity, and even the Internet. As he continued to be too excited, he actually fell ill after a week.

Roger Ver has rallied many liberals who have gained wealth in cryptocurrency investments, raising funds to buy islands from other countries, making Utopia no longer an illusory world. In fact, as early as 2014, he gave up the American citizenship that many people dreamed of, becoming a small island in the northern part of the East Caribbean leeward islands: citizens of Saint Kitts and Nevis, and living in Japan for a long time.

Unfortunately, it didn't last long, and Roger Ver himself was shaken. In 2017, the price of Bitcoin was almost 20,000 US dollars. As more and more newcomers entered the market to buy Bitcoin, the handling fee of Bitcoin began to climb, even reaching $20.

Then the Bitcoin community began to split, and he supported the forked bitcoin cash in the expansion of Bitcoin. 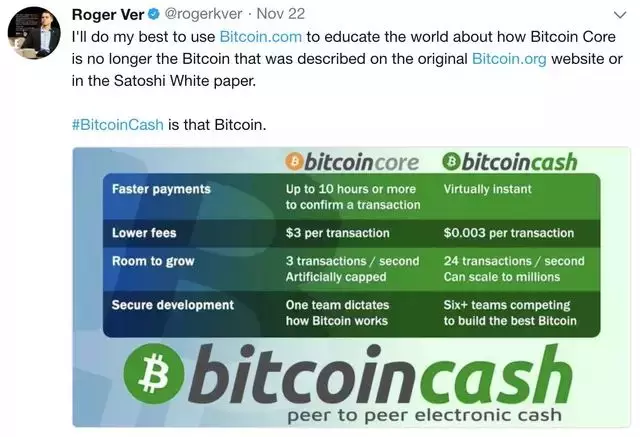 When Bitcoin cash forked , it was also the day when the betting scene of the year was repeated, and this time Roger played bigger and gambled with more people, including Wang Haohao with Yuki, worth $1 million. Indicates support for Bitcoin cash. Within two years, the special currency cash was revealed. The two-year limit has passed, and Bitcoin cash ranks fourth in the cryptocurrency list, this time Roger Ver won.

It can be said that although Roger Ver failed to adhere to the circumstance of Bitcoin, he was still loyal to his own principles, and any form of cryptocurrency only entrusted his ideal of liberalism.

02 Andreas Antonopoulos: selfless evangelist who is proficient in Bitcoin

If the swaying Roger Ver is a highly controversial bitcoin evangelist, then the next one can be said to be a good representative of the evangelist.

He is the author of the famous bitcoin science reading "Professional Bitcoin" by Andreas Antonopoulos , and he also wrote two books on " Professional Ethereum " and "The Internet of Money" to promote blockchain technology. Among them, "Proficient in Bitcoin" and "Proficient in Ethereum" belong to the famous "Animal Book" series published by O'Reilly, because the cover of each book is an endangered animal. As long as it is an IT practitioner, everyone knows the weight of the "Animal Book" series in the circle. 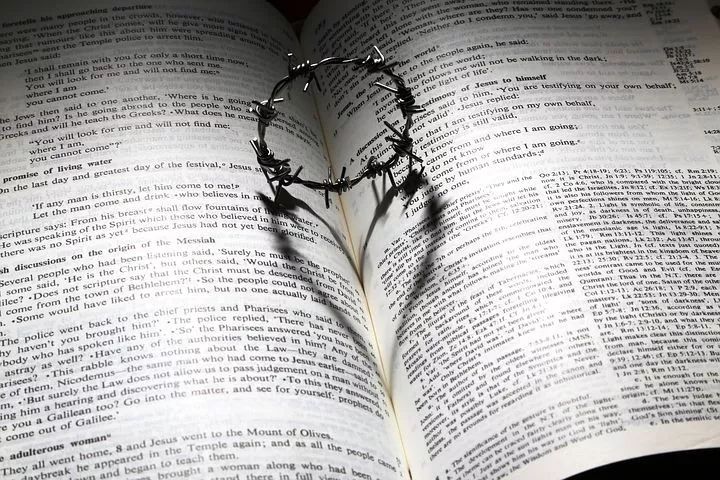 Recently, Andreas Antonopoulos announced that he is working with Lightning Network CTO Olaoluwa Osuntokun and Rene Pickhardt on the book Mastering Lightning Network, which is scheduled for release in the fourth quarter of 2020.

In addition to being a model worker, Antonopoulos also gave keynote speeches at about 200 events for free, and has produced hundreds of free educational videos to explain the technology behind Bitcoin.

Antonopoulos spares no effort to promote the promotion of Bitcoin, but also to him a wave of fans, can be said to be a bit of a bitcoin evangelism V, its Twitter account has nearly 500,000 fans, Youtube personal video channel With 180,000 fans, the global influence is very large.

And much of what Andreas Antonopoulos does is non-profit and open source, and says he will continue to do so. And this content can be used under the Creative Commons license agreement, and anyone can read and share it for free. What is more selfless is that anyone can reuse, translate, reinvent, or even commercialize their work.

He once said that he is willing to spend so much time, money and energy on these things: "Since I became obsessed with Bitcoin in 2012, I have been trying to be an independent, objective and influential voice. I. I really like this technology, it allows those who have no choice to have the right to choose, to voice the voice of the silent, to provide power to the powerless. "

Even so, Antonopoulos and his projects still have a certain income, and the biggest source is the rewards and sponsorship of believers. He is not alone in donating all the donations. He uses the funds raised to maintain his daily work expenses, including purchasing equipment, hiring employees, organizing and participating in activities and donating books.

Andreas Antonopoulos once said in his top-tweet Twitter that he has donated 247 free works to hacking clubs in high schools in the US, India and Spain: 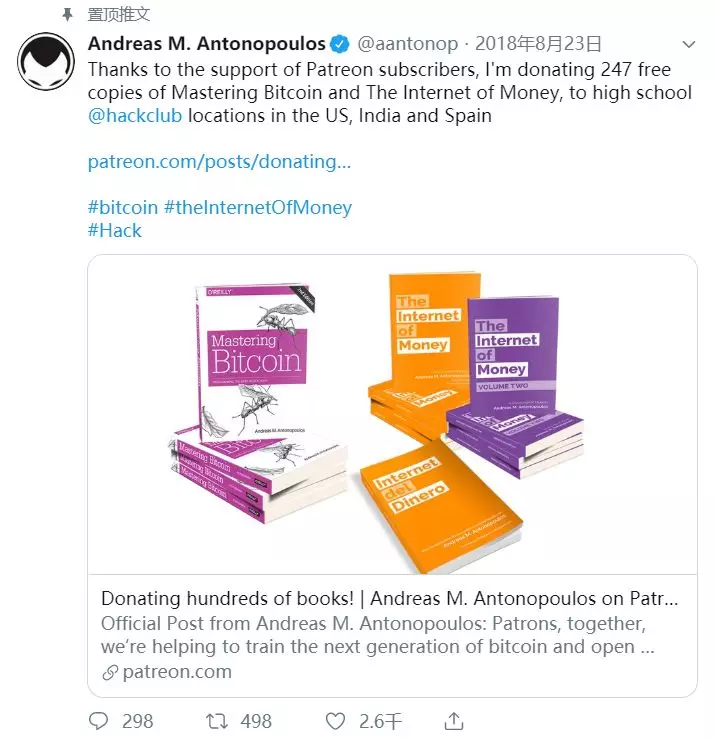 This form of non-profit evangelism, and through donations to maintain daily expenses and give back to more people, to some extent, really like a religion. It is true that Andreas is a bitcoin evangelist.

03 don't know each other

The war of words in the currency circle emerged endlessly. In the past, Sun Yuchen touched the porcelain V god, and afterwards, Oban was torn to force Wu Jihan. Even the bitcoin evangelists who are in love with the aura of love, there are inevitably contradictions inside.

One of the biggest discussions that provoked the most discussion was December 5, 2017, when Bitcoin Jesus Roger Ver posted on Twitter publicly questioned Andreas Antonopoulos, author of "Better Bitcoin," saying that he has been "flooding" in public since 2012. Talking about bitcoin, but in fact, there is little investment. If Antonopoulos can spend $300 on Bitcoin in 2012, he is now a millionaire.

Although both of them are famous bitcoin evangelists, it is clear that Roger Ver does not want everyone to classify Andreas Antonopoulos and him as a class of people. The former thinks that the latter is different.

Soon, Andreas Antonopoulos replied that he did invest in Bitcoin in 2012, but in 2013 he had to sell it to pay the rent. Because in the past two years, he has been concentrating on the sermons of Bitcoin. Apart from the fans' rewards, there is no other disposable income, whether it is wages or investment income. He originally wanted to take a little more debt, but doing so was irresponsible to his family. As soon as this was said, more than a thousand fans soon donated more than 100 bitcoins to Antonopoulos, which was worth nearly two million dollars. With the support of a large number of insiders, Blockstream CEO Adam Back supported the promotion: “We should try to get the community to support Antonopoulos to help him become HODLER .” Shape Shift CEO Erik Voorhees also supports Antonopoulos: “ If you If you have ever understood, used, or benefited from Bitcoin in any way, please donate to Andreas .” They all greatly affirmed the contribution of Antonopoulos.

Soon after, Roger Ver deleted the provocative post. It can be seen that the loyalty and fanaticism of Bitcoin believers cannot be underestimated.

Bitcoin has come under consensus. In just a decade, many evangelists like Bitcoin Jesus and Andreas Antonopoulos have emerged. Some of them have converted camps, and some are still on the front line of sermons.

Although there may be internal disagreements, the evangelists adhere to the same initial promotion of Bitcoin, and continue to promote the concept of Bitcoin around the world, so that more people can understand Bitcoin, reverse some people's prejudice, and summon more. Many believers also spread the blockchain technology behind Bitcoin to every corner.

Message Mining No. 329: What do you think about the actions of Bitcoin Jesus and Andreas Antonopoulos? Feel free to share your opinion in the message area.