According to reports, in recent years, the global game market has maintained rapid growth, and the rise of the domestic game market relying on mobile games has also developed rapidly. In 2016, the global game industry revenue reached US$91 billion. In 2017, the overall sales revenue of the domestic game industry reached 203.31 billion yuan, a year-on-year increase of 23%. Among them, mobile game revenue exceeded 100 billion yuan to reach 116.12 billion yuan, up 41.7% year-on-year. Half of the industry is in the mountains.

In 2018, the founder of Ethereum V God mentioned in an interview that finance and games are the first two industries in the blockchain.

And hundreds of blockchain games have been available worldwide. Technology giants including Baidu, Tencent, Ali, Jingdong, and Xiaomi have launched their own blockchain games.

Speaking of blockchain games, DAPP types are becoming more and more abundant, from the early cryptocurrencies, transactions, games, gradually derived from storage, finance, social, regulatory, media, security, insurance, health, etc., but by user activity And the size of the deal is still in the forefront of the list is the spinach game, EOS has become a veritable "spinach chain."

Street Research Institute: The evaluation does not constitute investment advice. We adhere to the objective and fair principle to evaluate the project from the following perspectives:

The rules of the game are very simple. There are only 5 combinations of cards. You only need to be greater than or equal to “one pair of Js” to win. In one game, you have multiple chances to ask for cards according to your choice, which makes it easier for you to get high returns.

#玩法一(According to the flop result)

The first step: first select your "Bid amount per game" and "HAND number of cards" (for example: HAND is 3, that is, after the first card, you can have 3 more cards)

Step 2: Click on the card to execute the bet and start the card opening operation.

Note: HOLD live a good card can improve your winning percentage [up to 5 HOLD cards]

Step 4: Get the final result, the corresponding reward will arrive in real time, and end the round

#玩法二(The flop will be doubled than the 8th)

Note: After the game is won, you can play "Function 2".

Step 1: Click on the flop and you have a maximum of 4 doubling opportunities

If the card is more than 8, you can get doubled and you can continue or quit midway to get the corresponding bonus.

The card that is turned out is less than or equal to 8, and the game ends.

Step 2: Get the final result. If you win the corresponding reward, it will arrive in real time and end this round.

"The card that is turned over > 8" can be doubled, and all the profits will be lost compared to the 8th, and this will be ended. 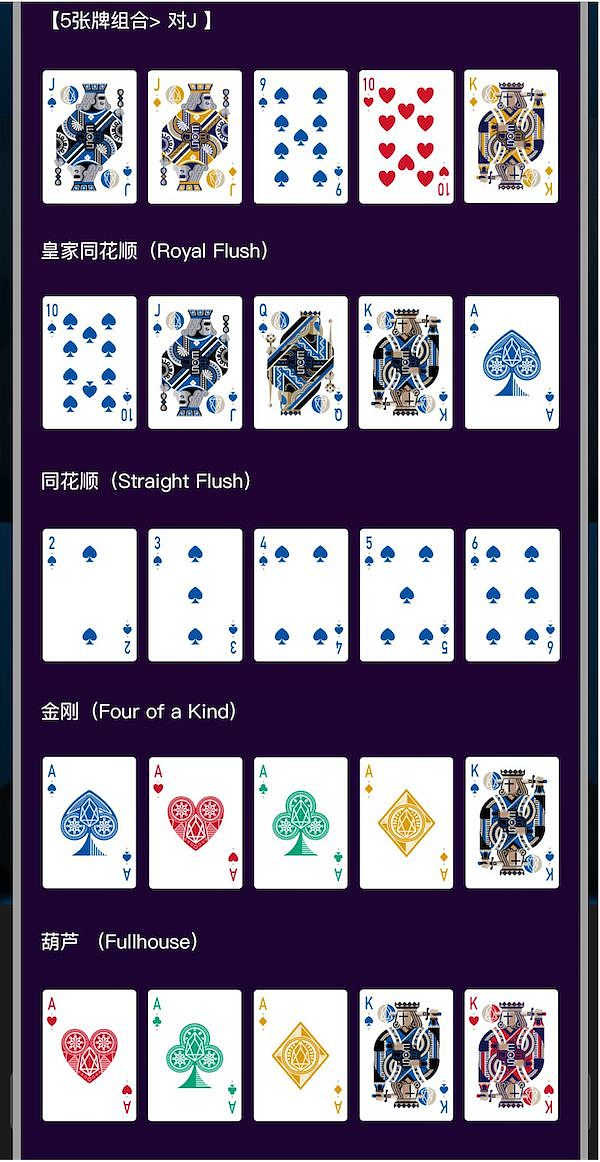 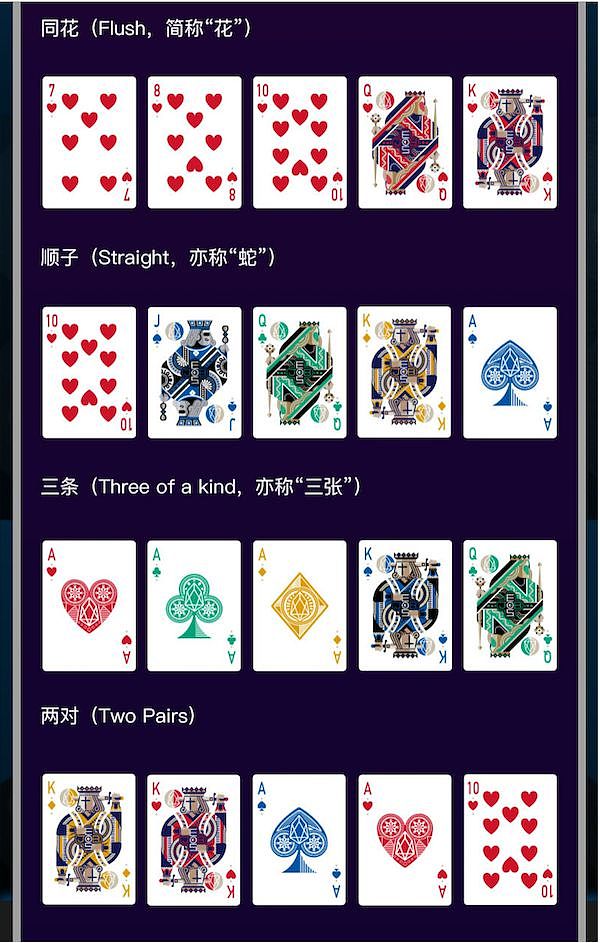 From the aspect of game winning percentage, the five card combinations only need to be greater than or equal to "one pair J" to win. 2-10 has 9 cards, JA has 4 cards, and the chance of getting "J" is 4/13. But the game rule is to be greater than or equal to "the right J" and the obvious probability will be reduced. But at the same time, when you start to deal with 5 cards, you can choose the card that "HOLD" is good for yourself, so that the probability of winning increases.

Among the initial five cards, a good hand shelf is extremely important, which will be the key to getting high-rate decks such as Royal Flush, King Kong and Hulu. 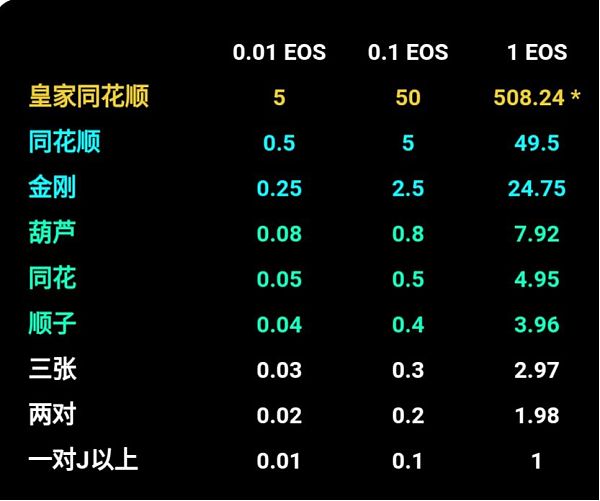 After winning the first game, you can participate in the second game (double the reward). If you turn it out by more than 8, you can get doubled (a total of 4 chances), and this second game is much simpler and more rude. There are 7 cards in 2-8 and 6 cards in 9-A. The probability of winning is about 6/13. However, after the first flop win, except for one 8 and the card you won, there are only 50 cards left, and the probability of winning will be reduced, and the profit will be saved in time.

Enter the game licensing interface, giving people a sense of divination. This is a screenshot of TT with 0.0055 EOS left in the game.

After a whole night of "tough battle", I summed up my experience:

Be cautious when selecting the "HOLD" card for the first time. If there is greater than or equal to "J", the stability must be "HOLD". When the first card is less than "J", see if there is a lot of the same color. If there are four, "HOLD" four, there is a good chance that you can get the flush, of course, if it is the same color, then all " HOLD", that is a must.

The gameplay II mentioned earlier is also very interesting, but it is recommended to treat it calmly. After the first flop is more than 8 rewards, you can consider taking profit, otherwise there may be terrible things (loss all profits).

Of course, let Xiaobian rush all the way forward (commonly known as "head iron") because of another incentive mechanism: "Royal Flush . "

Bonus pool funding source: bonus pool by (the player's maximum stake (1EOS) per game, after the victory (excluding a pair of J or more grade awards) will draw the bet amount * 1% of the EOS into the prize pool)

Note: The bonus pool amount will be re-stated after being obtained by the user. The user's bet amount will not be accumulated with the previous one, and will be re-accumulated from the minimum amount of 500 EOS.

Brand new gameplay, more reward system, and attractive bonus pool bonus. EOS JOB is redefining the Eos spinach game. With the influx of a large number of players, the prize pool continues to increase, and we will wait and see who will be the first "Royal Flush".

The Street Research Institute does not make any investment advice, we will see you next time.

Australian financial show host: Suspicious of anyone who has attacked Bitcoin and now calls himself a "Bitcoin Professional"